Although it may sound like a teaser tailer for an upcoming action film, Foster + Partners’ Hyperloop cargo network is moving closer to completion. In fact, these 760-mph levitating freight pods hope to have three “production systems” up and running by 2021. 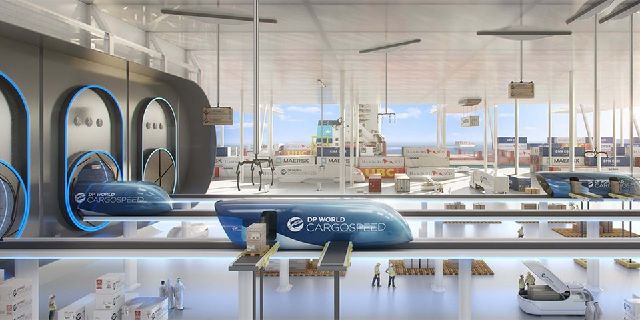 The London-based architecture firm recently joined forces with Richard Branson’s Virgin Hyperloop One, one of the two two main projects that are currently focused on bringing the technology to life. They also plan to work with DP World, a leading world trade enabler with 78 operating marine and inland terminals supported by over 50 related businesses in over 40 countries. Together, these groups will build and operate the first intercontinental hyperloop cargo route through Asia, the Middle East, and Europe. Hyperloop stations would be integrated into the world’s major ports, with autonomous loading vehicles being used to transfer the cargo onto the driverless trains. 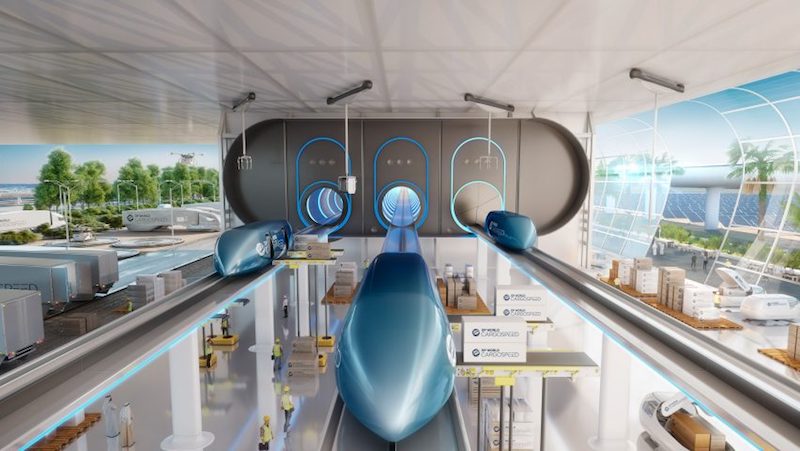 Renowned billionaire and inventor Elon Musk unveiled the Hyperloop design back in 2013 as a passenger train concept. He explained that each train would be able to travel 380 miles (roughly the distance between Los Angeles and San Francisco) in 30 minutes — half the time it takes an airplane to traverse the same distance.

Hyperloop has most commonly been described as a long tube that air is sucked out of to create a vacuum and reduce friction. Each tube will be suspended above the ground to protect the pods from the ill effects of earthquakes and inclement weather. For safety reasons, each tube will also be equipped with a few emergency escape hatches. The pods themselves will be pushed forward by dynamic electromagnets. 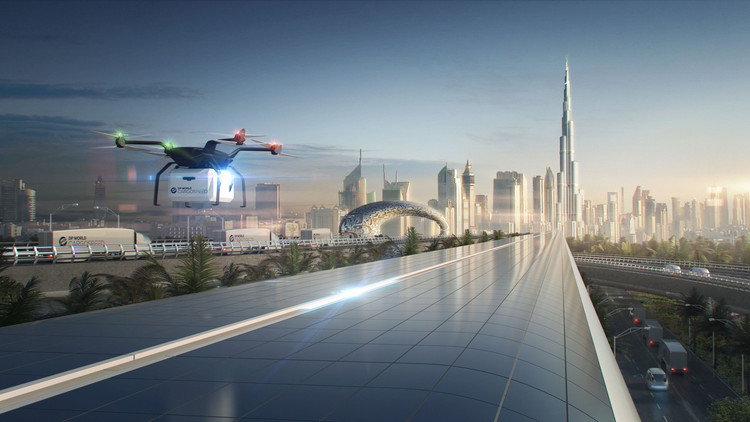 Although the ultimate goal is to transport people on Hyperloop networks, they will initially be used to move cargo only. Despite its advanced technology and miraculously high speeds, Hyperloop allegedly costs the same as current modes of public transportation. It also pollutes less, utilizing emission-free renewable energy generated by solar panels. Drones are expected to help the trains complete their cargo deliveries.

Stefan Behling, Senior Executive Partner and Head of Studio at Foster + Partners, says: “If you look at the history, whenever there’s a new transportation technology, it’s usually the cargo that comes first. People want to see the technology proven, and now it can be proven through cargo.”

The Vision for the Future 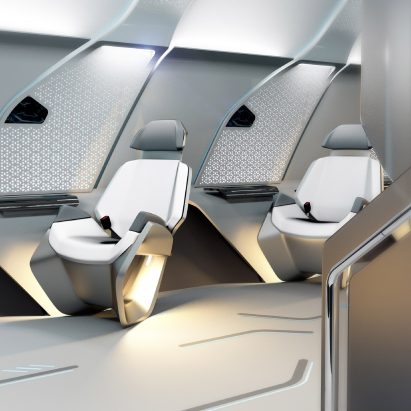 Norman Foster, the founder of Foster + Partners, adds: “The movement of people and goods is part of the vital infrastructure that binds all our cities together — and cities are the future of our society. As Hyperloop looks to reinvent urban transport and logistics, the city of the future is closer than we think.”

Foster’s predictions are right on target. Although this is Foster + Partners’ premier Hyperloop project, the firm has been on the rise for years, with other notable projects like an innovative transport system for the city of Jeddah and New Mexico’s impressive Spaceport America terminal already under their belt. 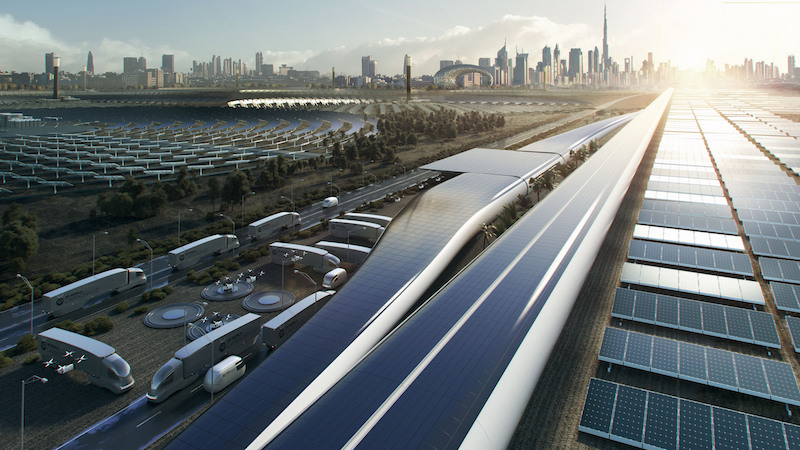 Other Hyperloop systems currently in the works include the Boring Company’s recently sanctioned project between New York and Washington D.C. and a proposed line by Fernando Romero connecting Mexico City and Guadalajara. Plans are also underway for a central European hyperloop network linking Bratislava, Vienna, and Budapest. Elsewhere, a hyperloop tunnel being designed by BIG is expected to streamline transportation in Dubai.