Walking into an old, run-down abandoned prison, few people would think “I’d like to spend the night here.” Yet that’s exactly what Grüntuck Ernst Architects thought when they first visited what would soon become the Wilmina Hotel in Berlin, Germany, a striking complex built in Augsburger Baroque and Willhelminian style in 1896. Set along one of the city’s main axes, the Kantstrasse, the street-facing facade looks so grand you wouldn’t necessarily guess at the red brick prison buildings with barred windows hidden behind it. 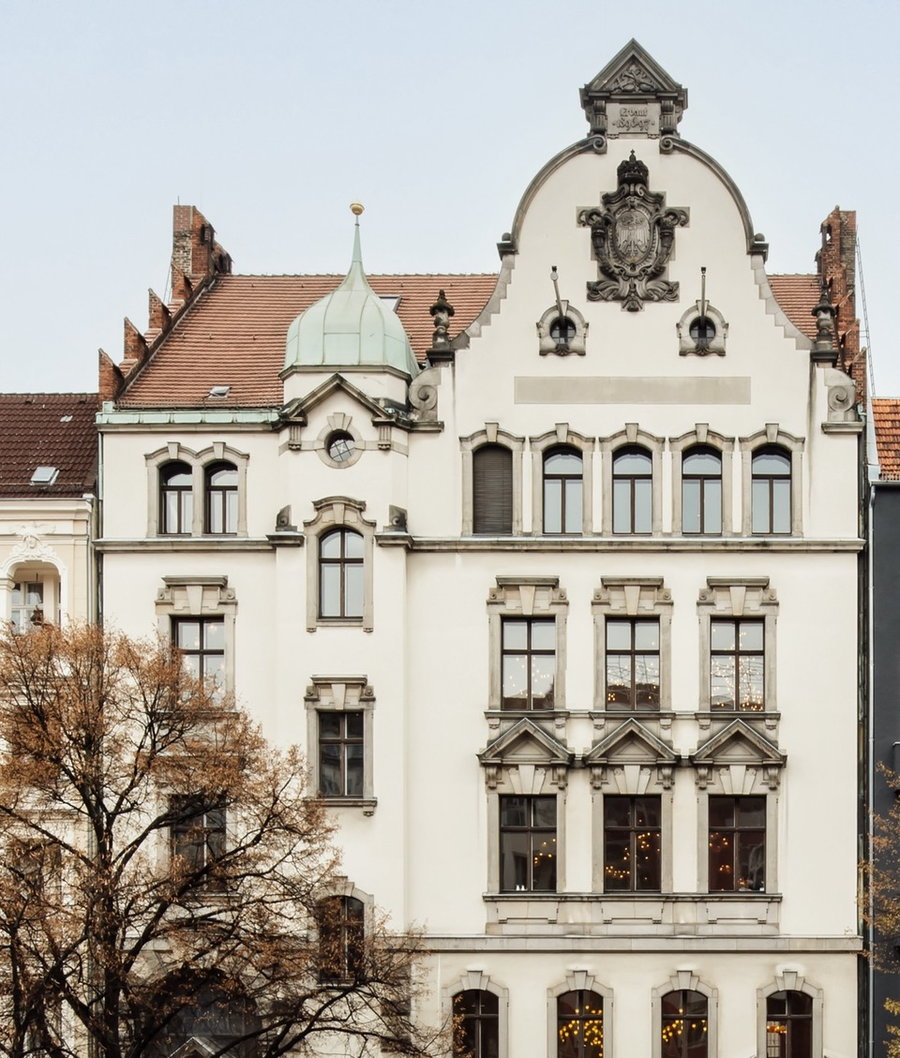 “From the very first moment we entered it, it was like an enchanted place that was left behind for decades, overgrown with vegetation,” says Almut Grüntuch-Ernst, one-half of the architect duo. “You enter and are struck by this forgotten feeling. You’re inside this romantic, castle-like structure erected at a time when there were no other buildings around it, and all you hear is birdsong.” 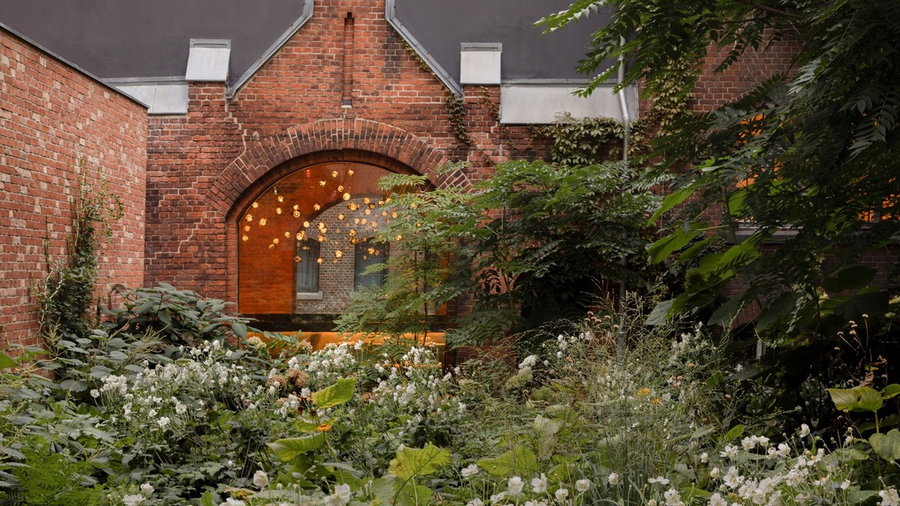 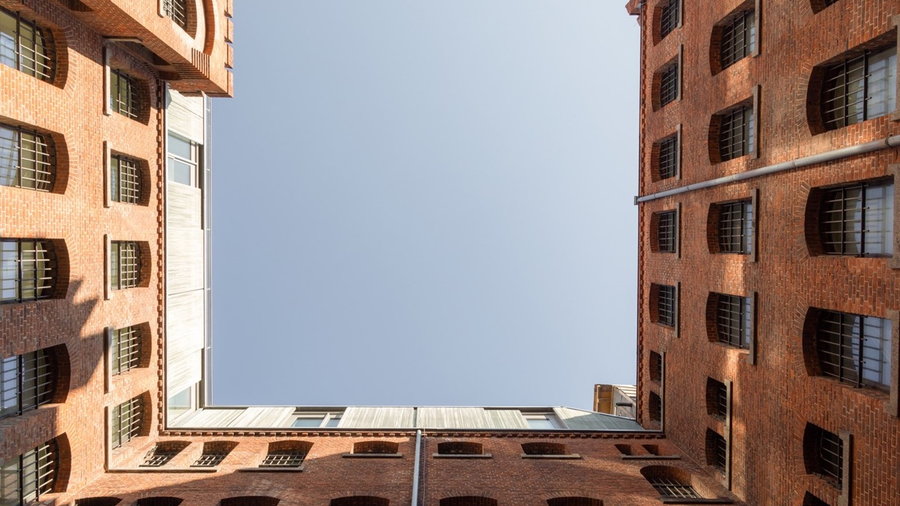 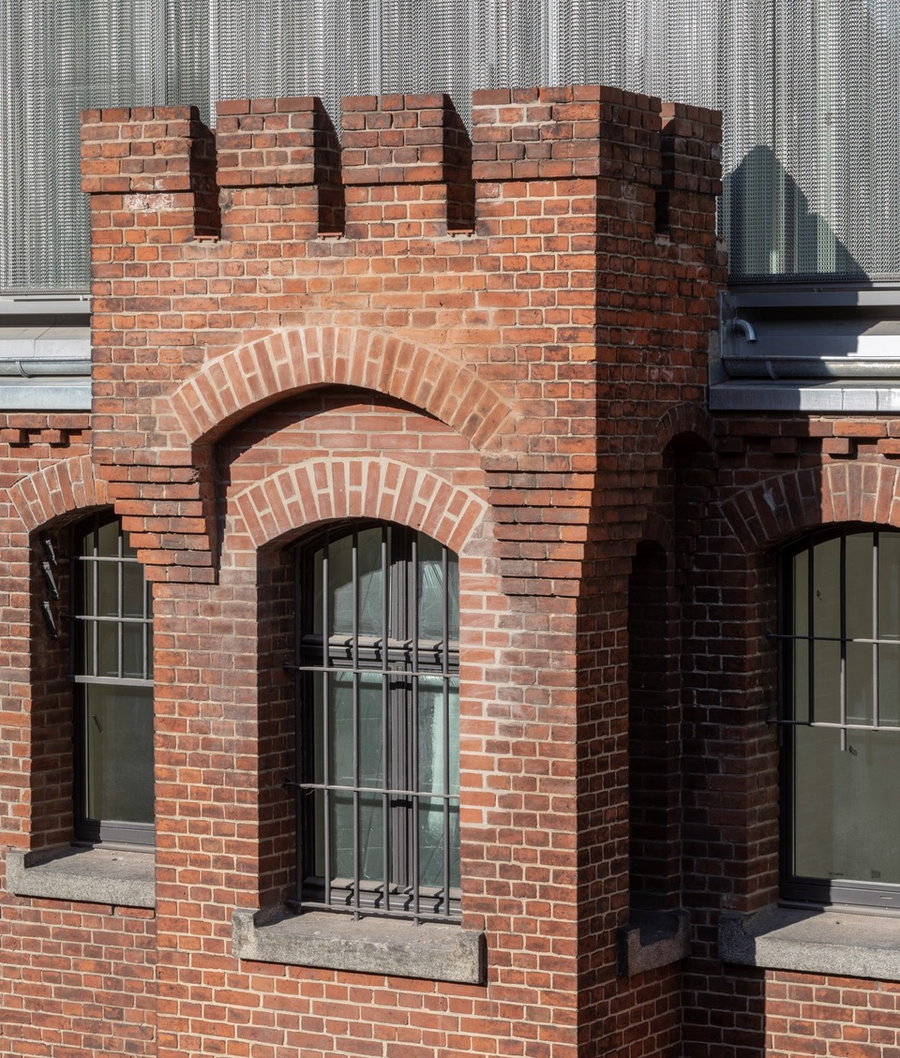 Converting the former Charlottenburg Women’s Prison to a hotel that’s more than just a gimmick was no small undertaking. The walls, as you might guess, are incredibly thick, and the architects had to cut through them to enlarge windows and create new doors. The guest rooms couldn’t be limited to the unworkably tiny prison cell size, either, so cells were merged to accommodate comfortable spaces with ensuite bathrooms. “It’s about inverting the building’s configuration and spatial concepts, from an antisocial place to a very social place,” Almut told Design Hotels. 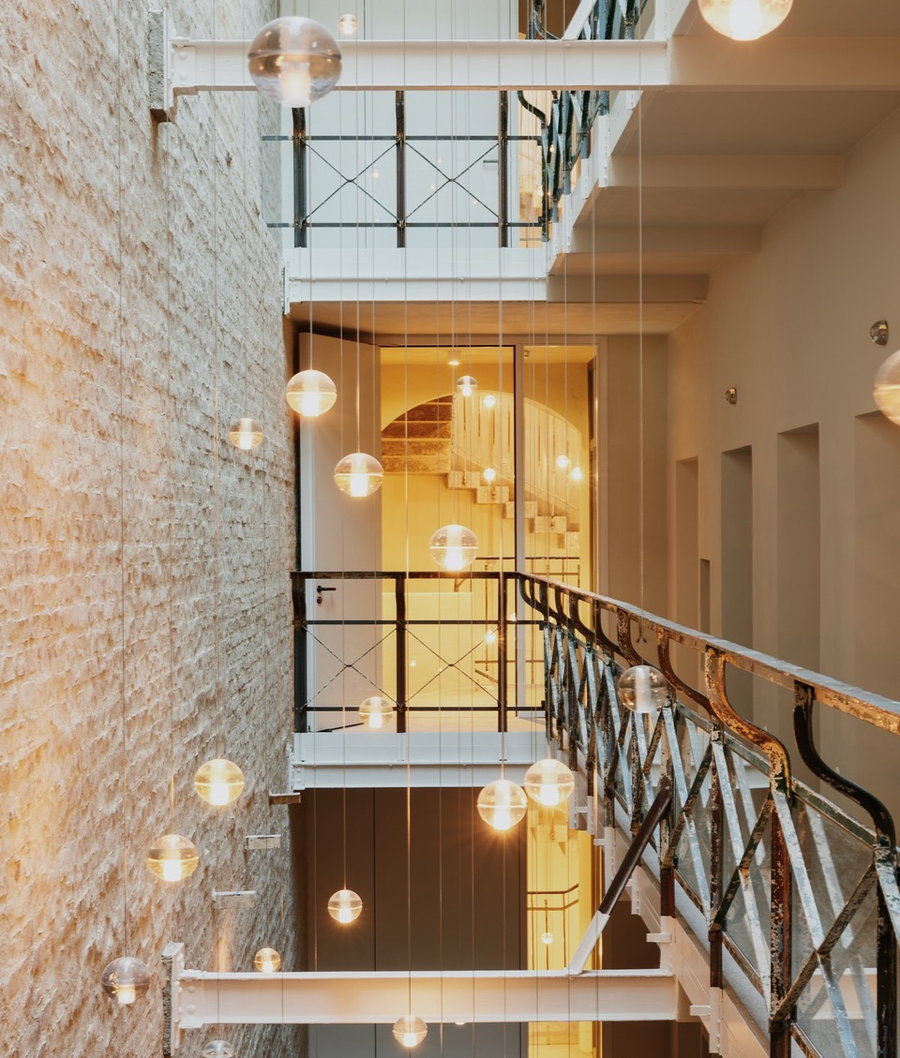 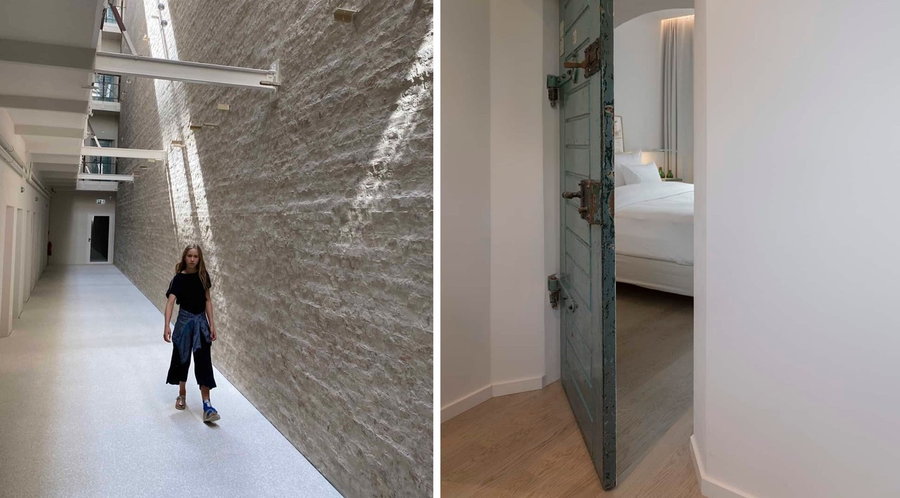 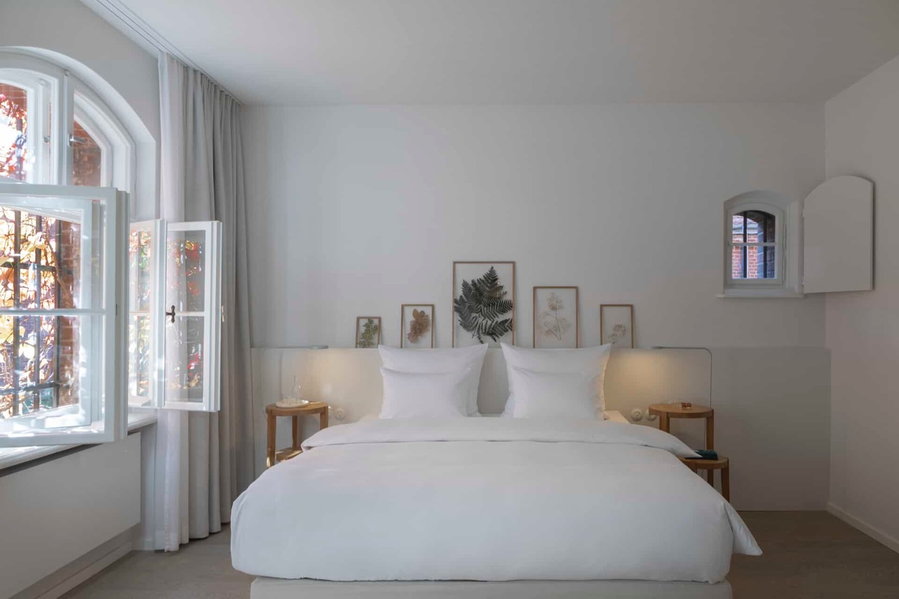 Avoiding any sense of exploitation in the theme was a high priority. The architects carefully considered how to complete the adaptation in a sensitive way, determining which elements from the past should and shouldn’t be left visible. This prison’s history is particularly complex, as German resistance and anti-Nazi activists were held there during World War II. After the war, it was an administrative office for a while, then a juvenile detention center, which closed in 1985. Afterwards, the building was used as a storage facility and a set for several movie productions (including Academy Award-winning The Reader starring Kate Winslet and Ralph Fiennes) before finally being transformed into the Wilmina. 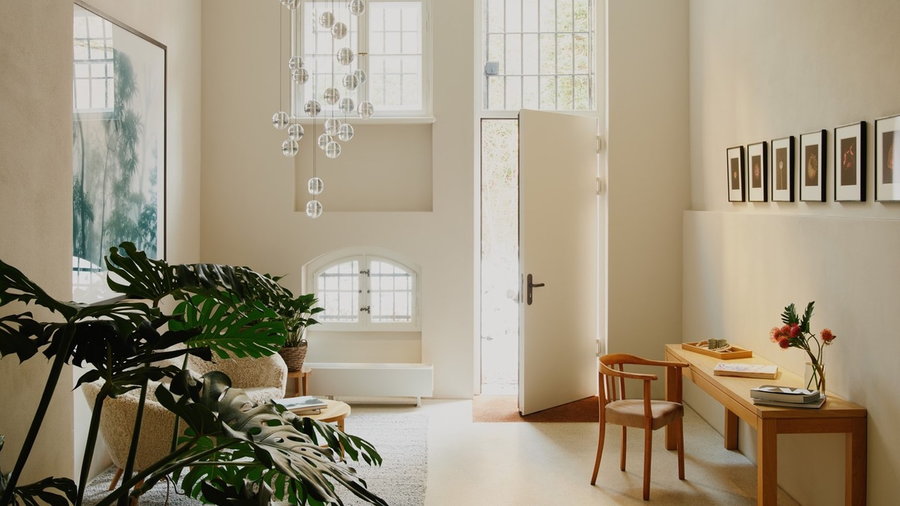 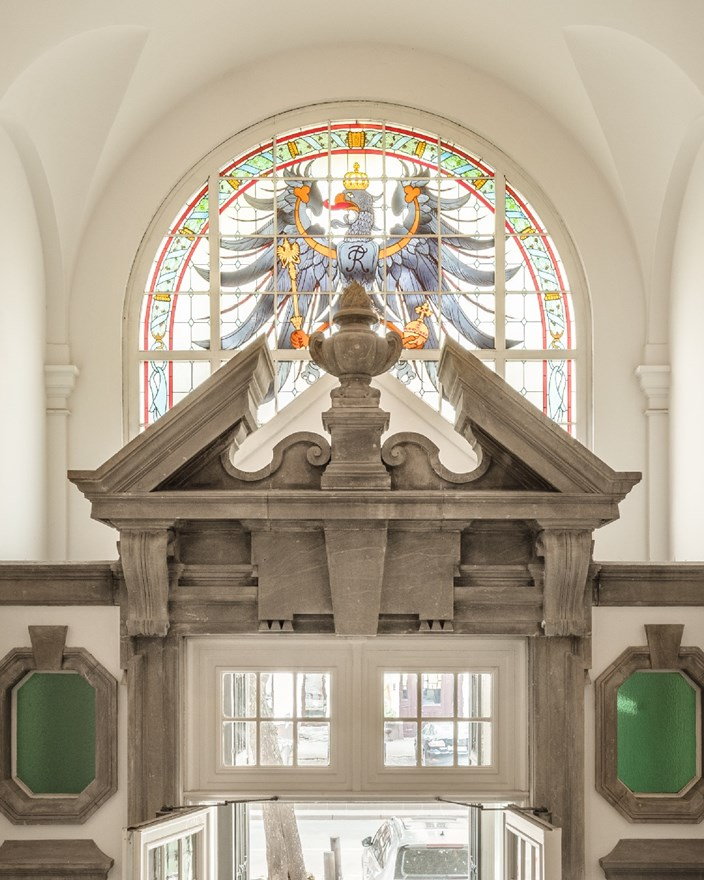 The architects used the facade-facing courthouse building for the hotel lobby and built a new extension for Wilmina’s restaurant, which connects the former courthouse to the prison’s U-shaped cell block. The restaurant consists of bricks reclaimed from the construction process. 44 guest rooms are spread across the five levels of the block, arranged on narrow galleries around an atrium. Each one still features bars on the windows and the original cell door, but is clad in minimalist, mostly-white furnishings for an airy feel that’s anything but claustrophobic. 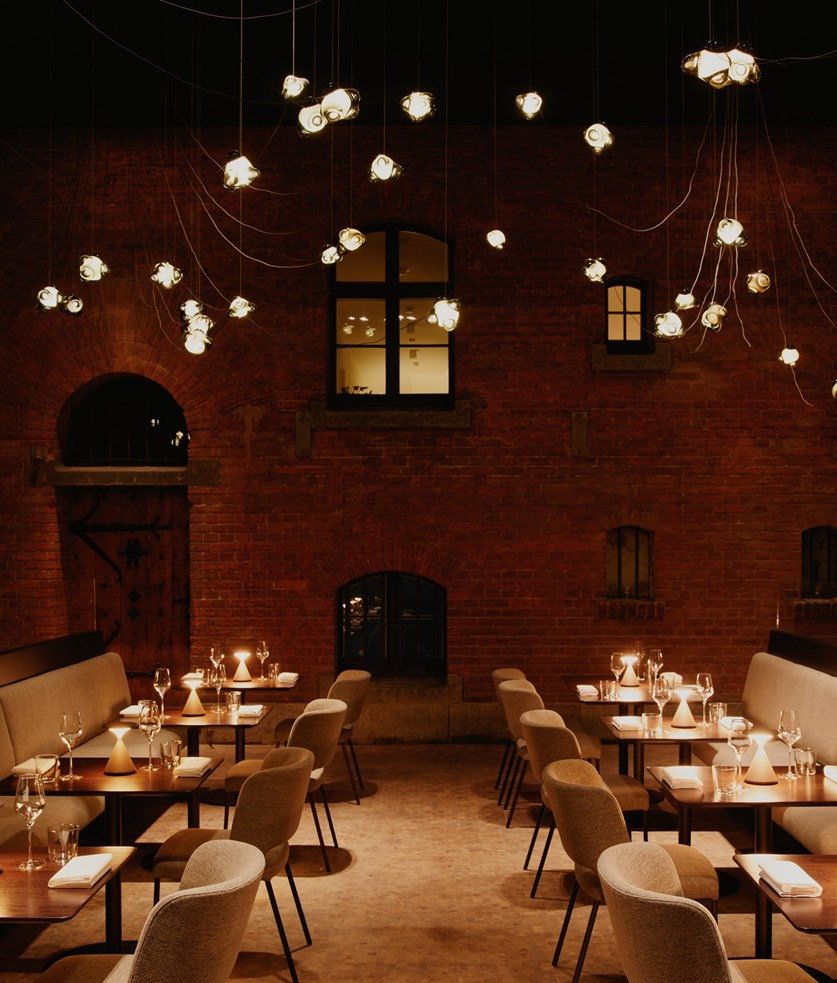 The top level features a penthouse suite, and on the roof is a terrace, library, bar, spa, and gym. Today, with warm amber lights glowing within large glazed openings and lush courtyard gardens, the former prison is surprisingly welcoming, beckoning guests to come inside with open minds. 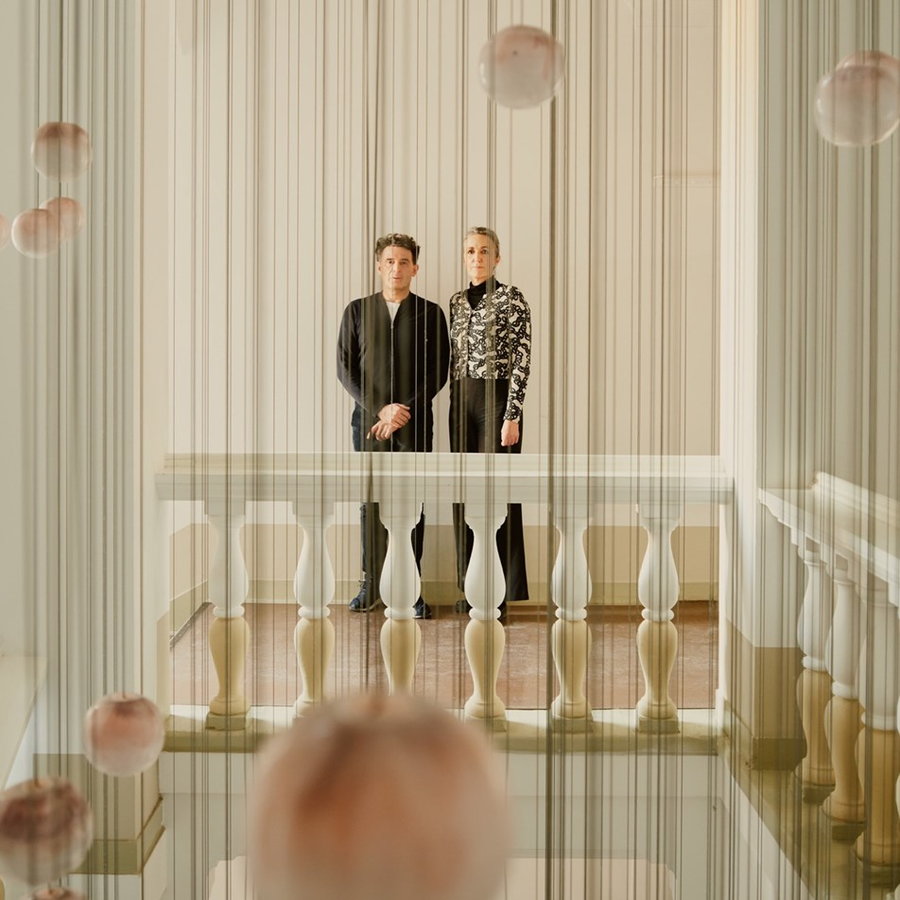 “Wilmina is a place of discoveries, of surprising visual links, ambiguous layers of space, and traces of the past,” say the architects. “Wilmina is also a place of natural tranquillity, relaxation, and comfort — an oasis in the middle of the city.”