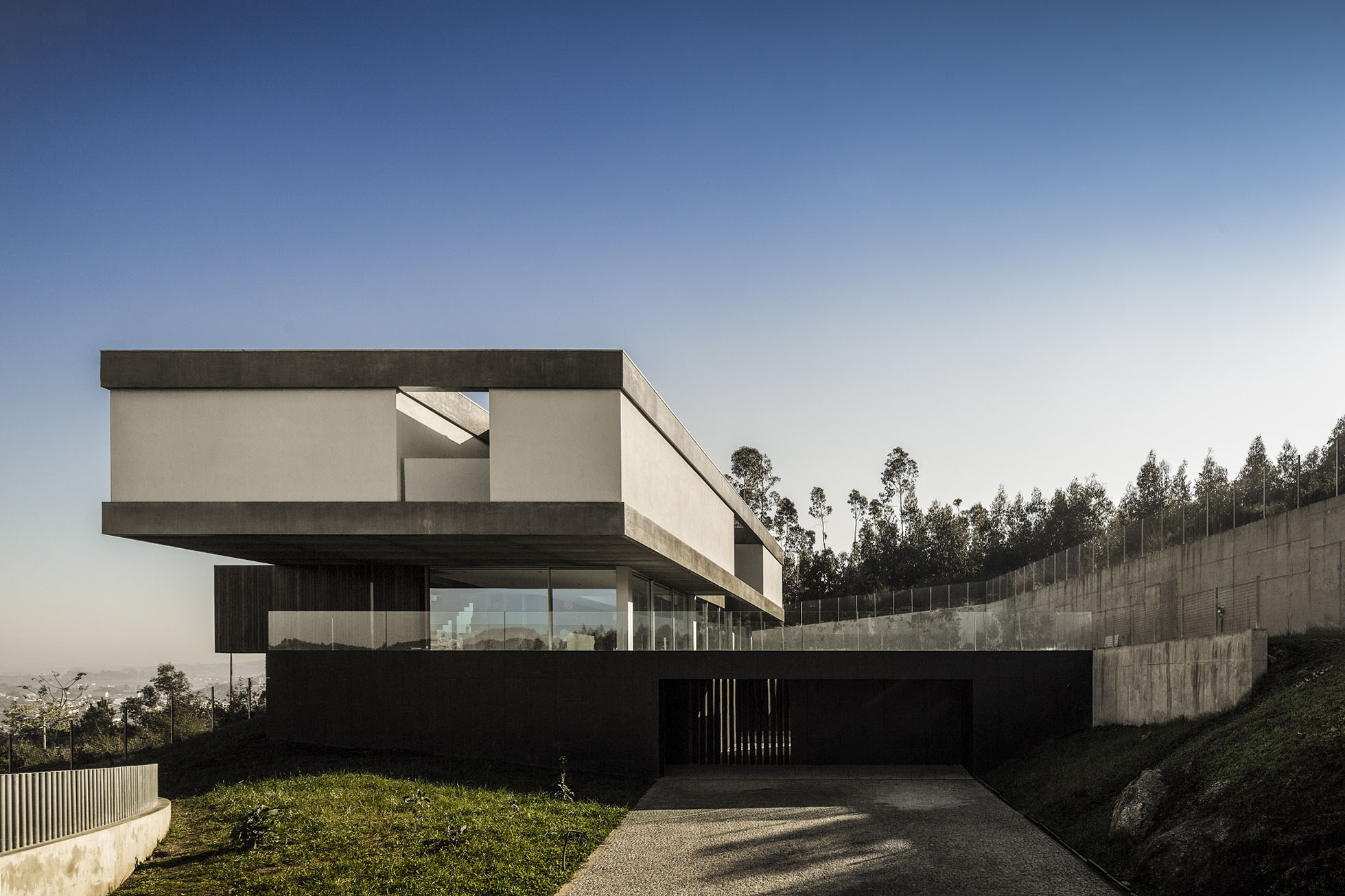 Typically, a home has a layer that can be considered a base or foundation, and above that there are levels which can be designated as public and/or private living spaces. And for the most part, we know what to expect from those levels: wider on the bottom and narrower near the top, since that’s what physics and engineering tell us makes sense. 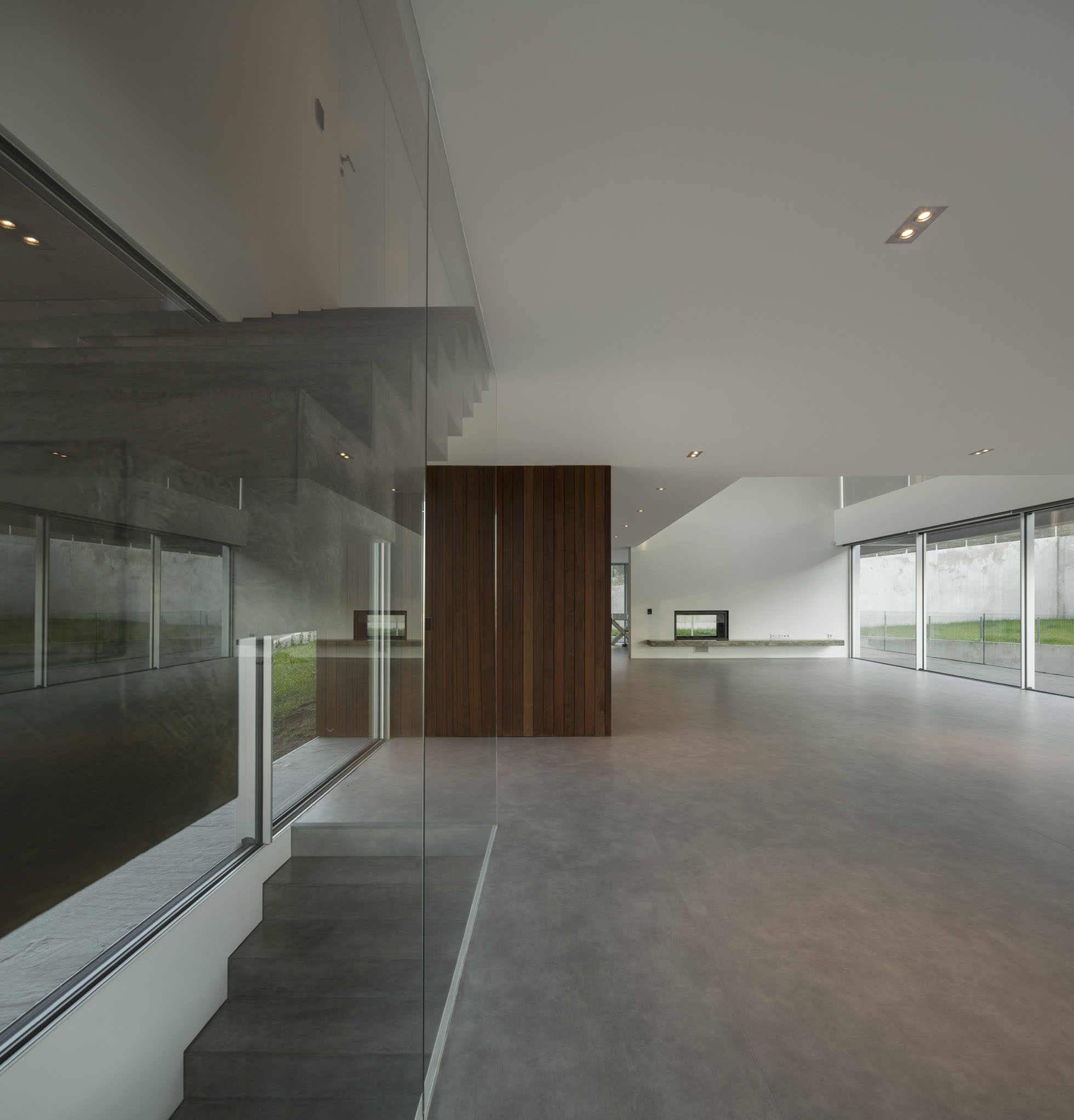 The striking BE House in Paredes, Portugal turns that expectation upside-down. Designed by the Portuguese firm spaceworkers, the three-level home features what appears to be an impossible middle layer made entirely of glass. The glass level is actually smaller than the overhanging enclosed layer, making the house appear to be precariously stacked out of order. 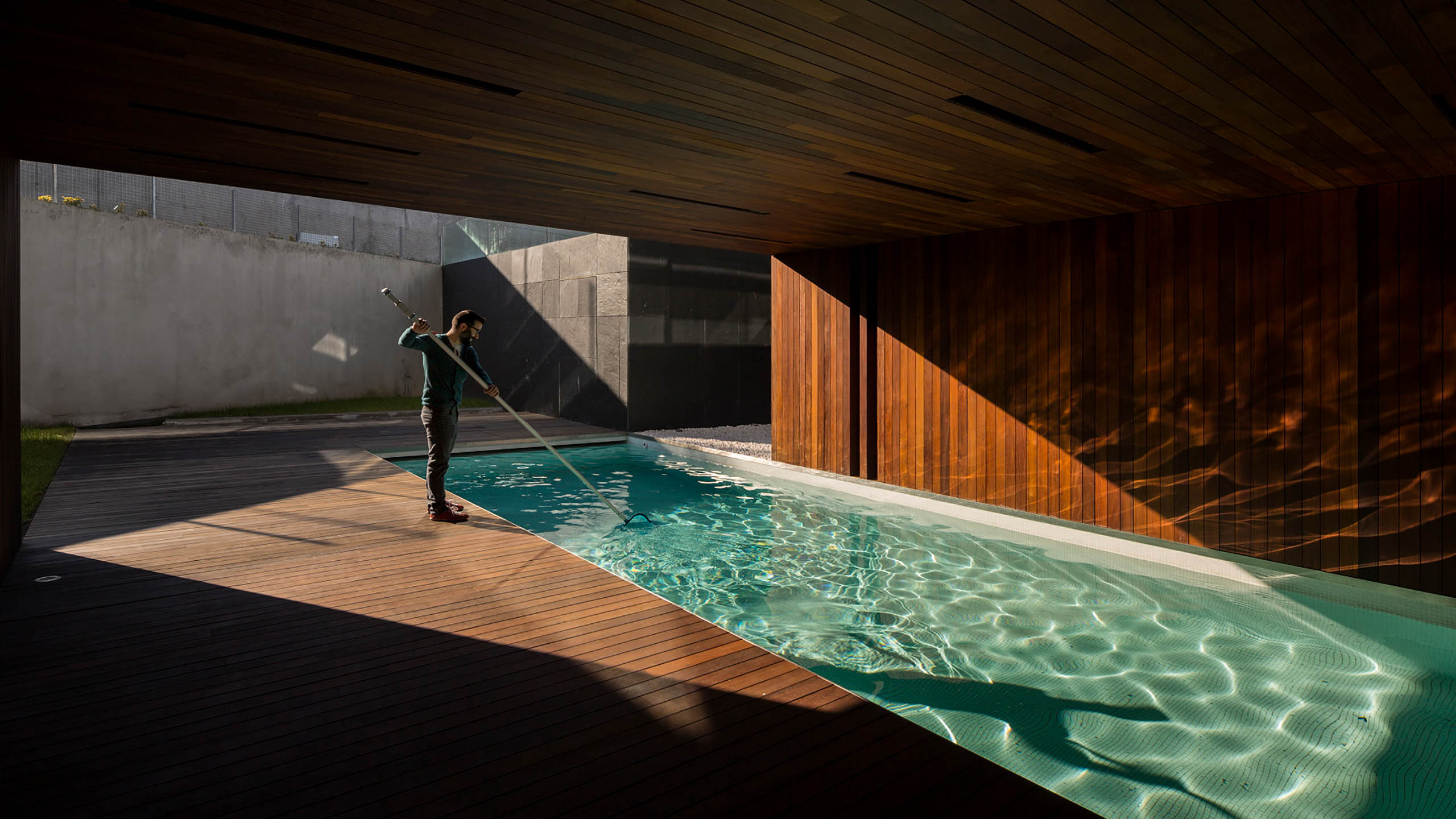 On the lowest level, the home’s mundane service functions are hidden within solid walls. A surprising feature also resides there, however: a partially covered swimming pool. With half of the pool under the shade of the house itself and the other half open to the sunlight, residents and visitors can choose to bask in the sunlight or cool off in the shade. 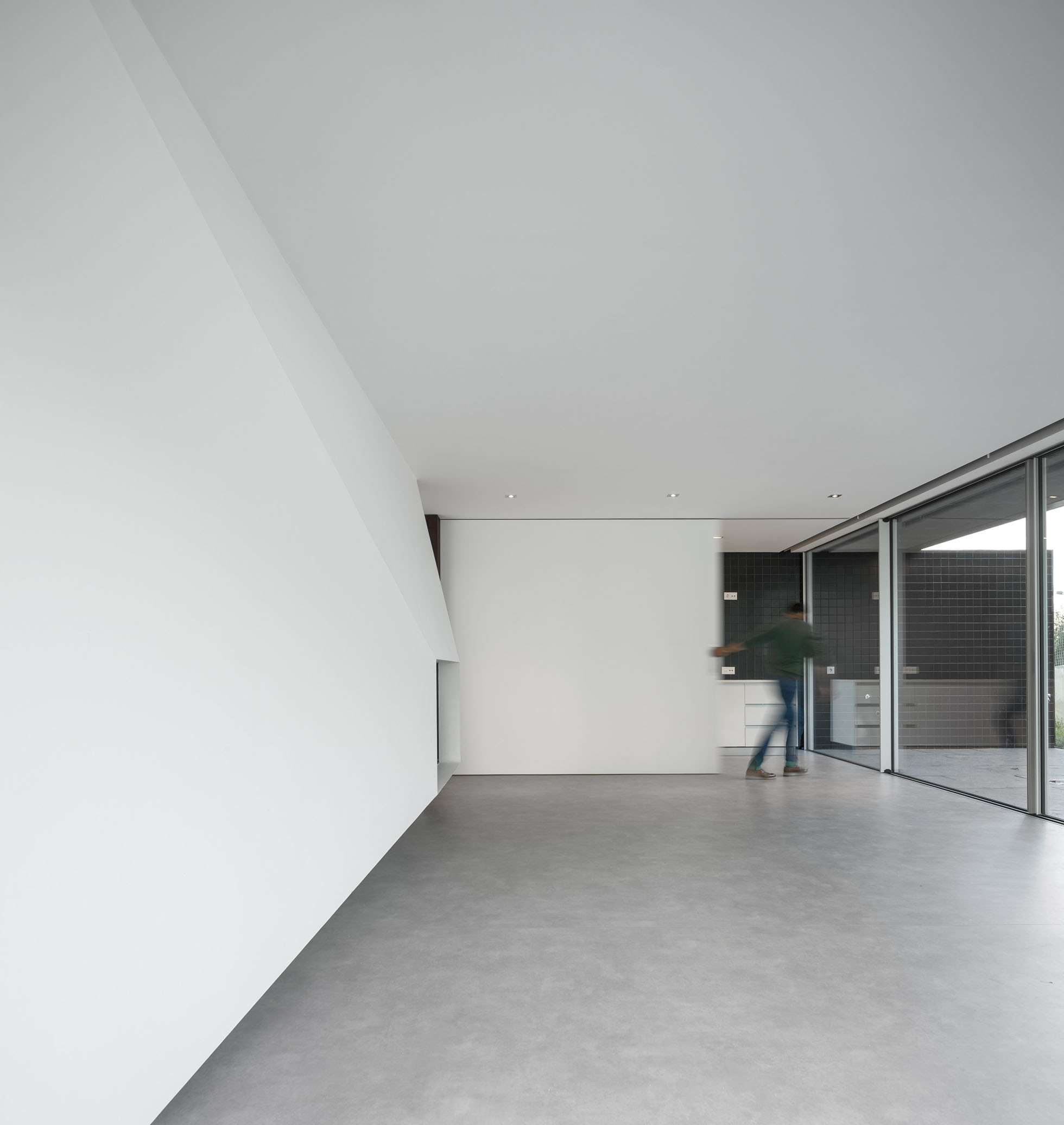 The middle level appears nearly transparent, giving the impression that the level above is almost floating in the air. In this see-through layer lie the public living spaces and a neutral color palette that leads the eye to the surrounding vistas. 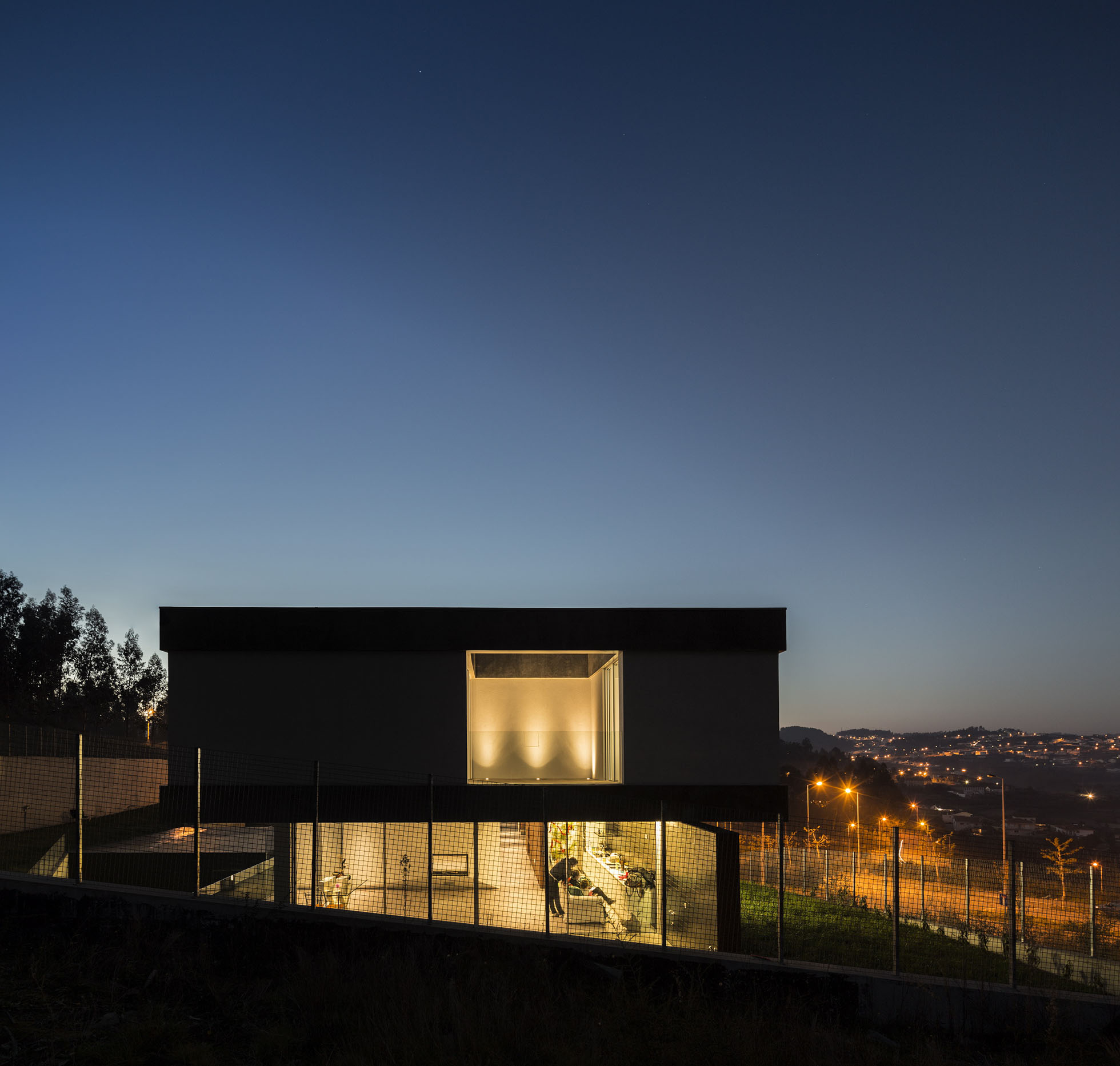 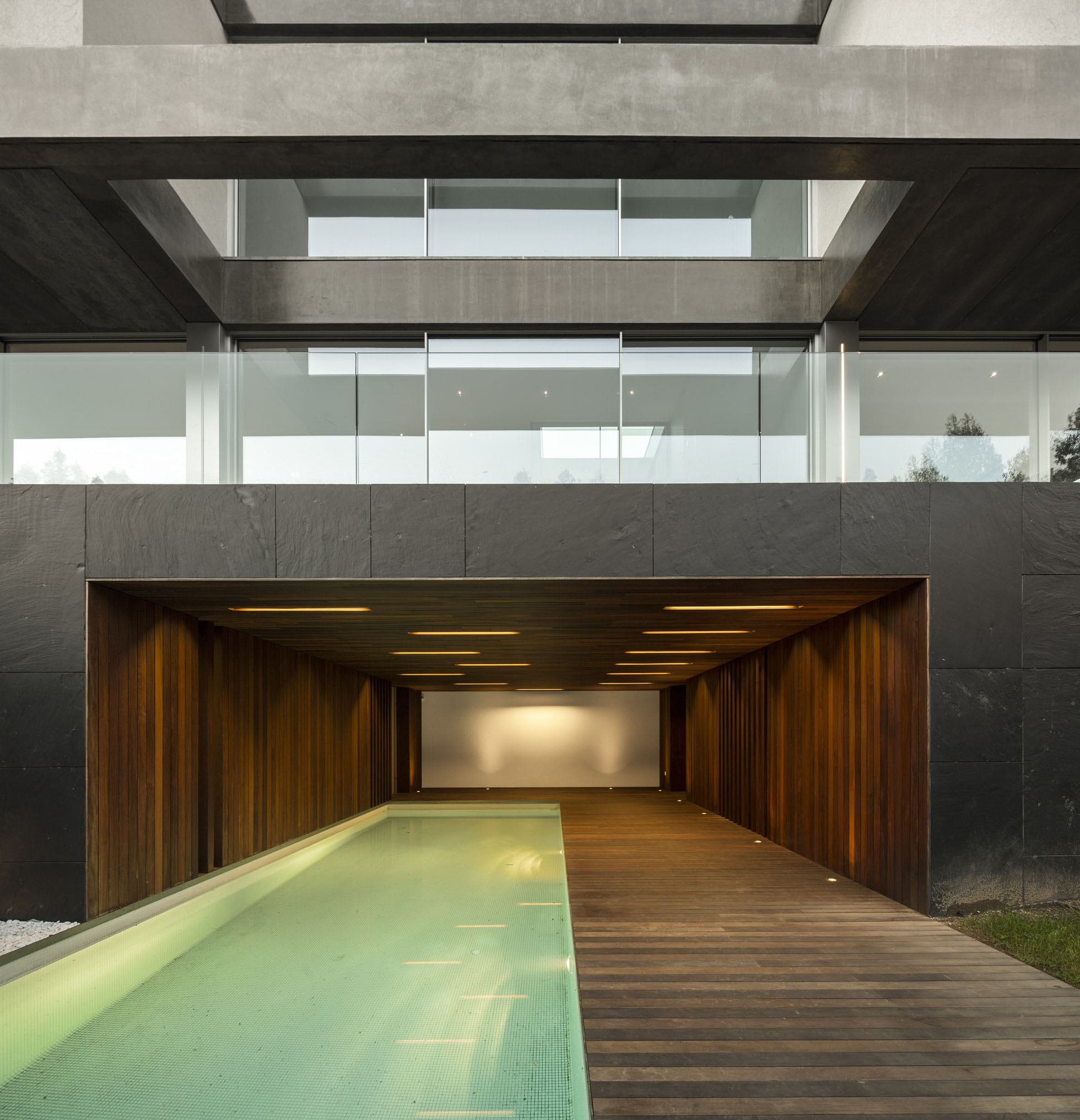 Continue reading below
Our Featured Videos
In keeping with the open feeling of the middle level, it is surrounded by a large open deck on which the residents can enjoy a view of the city or overlook their lovely pool.
At the top of the home is the mysteriously “floating” layer. It is enclosed and contains the home’s private spaces such as bedrooms and bathrooms. The top level contains partitions that, in contrast with the mostly open space below, allow for a sense of privacy and retreat.