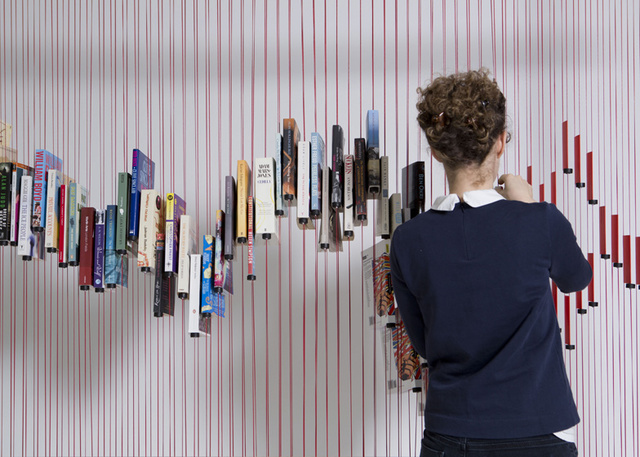 Dedicated bibliophiles know that how you display your books is nearly as important as the type of books you read. Raw Edges, a Tel Aviv design studio comprised of Yael Mer and Shay Alkalay, designed this striking bookcase called Bloom. 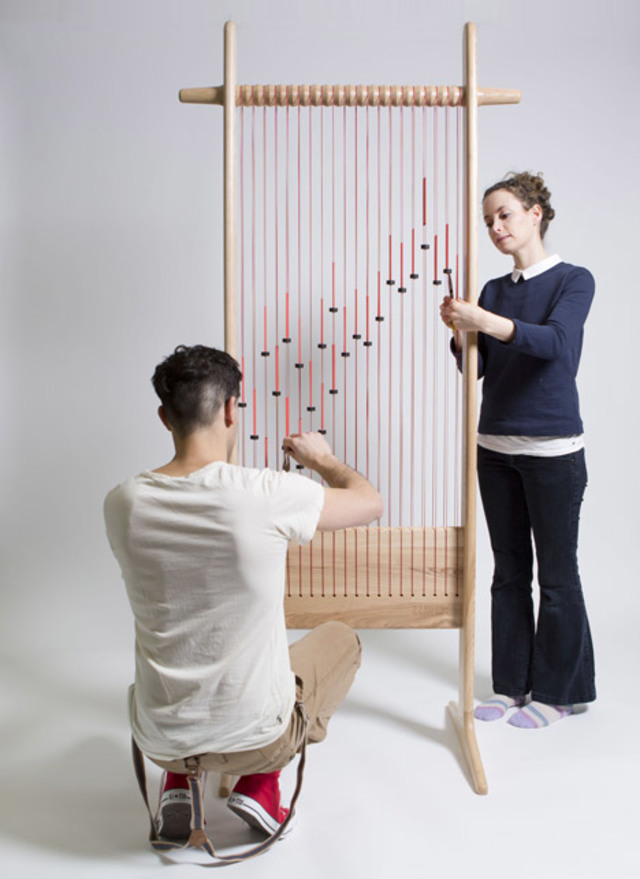 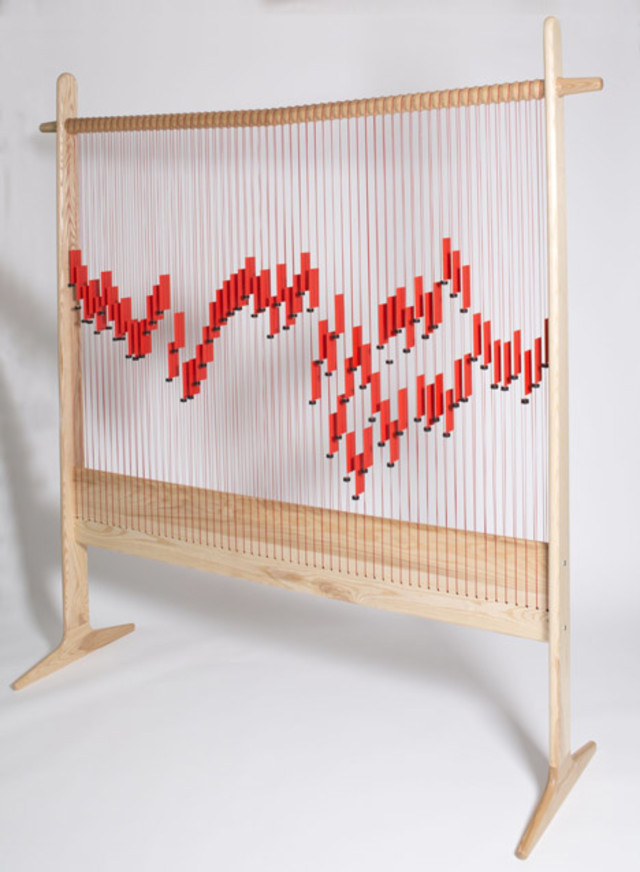 The modern bookshelf was inspired by a weaving loom, featuring many vertical cords adorned with movable black stoppers. These stoppers allow owners to display their books as though they were floating on the vertical axis, akin to a fantastical floating garden. 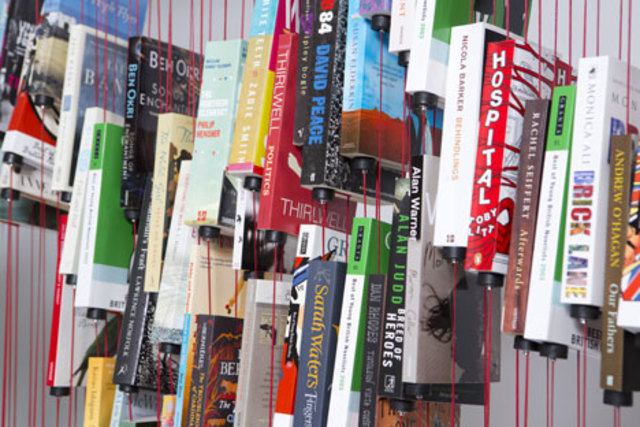 Because the black stoppers can be moved to any position, users have the option of creating their very own hanging gardens in whatever configuration pleases their eyes. This creative bookshelf design, more than perhaps any other, allows the book lover to translate the art of literature into visible, tangible art.

The project was commissioned to show off Granta’s Best of Young British Novelists series. Hanging the books at different heights encourages viewers to consider each book individually instead of taking them in as a collection within a row. It’s an unusual way to display books, for sure, perhaps threatening to overshadow the books themselves with the bookshelf’s sculptural and artistic design.

“Colours, patternmaking and movement form a large part of the DNA at Raw-Edges,” reads the design duo’s website. “The ideas of energy and provocative illusion are aimed at bringing out the kid in all of us who engage with it, an ongoing battle against boredom perhaps! Some ideas include pouring expandable foam into folded paper cavities, cooking timber in boiling dyes, and making paper moulds for the production of industrial ceramic tiles.”

“Yael and Shay met in Jerusalem and moved to London to study at the RCA, where Ron Arad was head of the course at the time. Under the guidance of their tutors Daniel Charney and Rober Feo, they began to experiment with creating new typologies, by thinking how everyday surroundings might be enriched by the products we use and the objects we own. In a show curated by Martino Gamper, held just after graduating, Yael and Shay presented Stack and Volume, which helped to establish the foundation of the studio.”