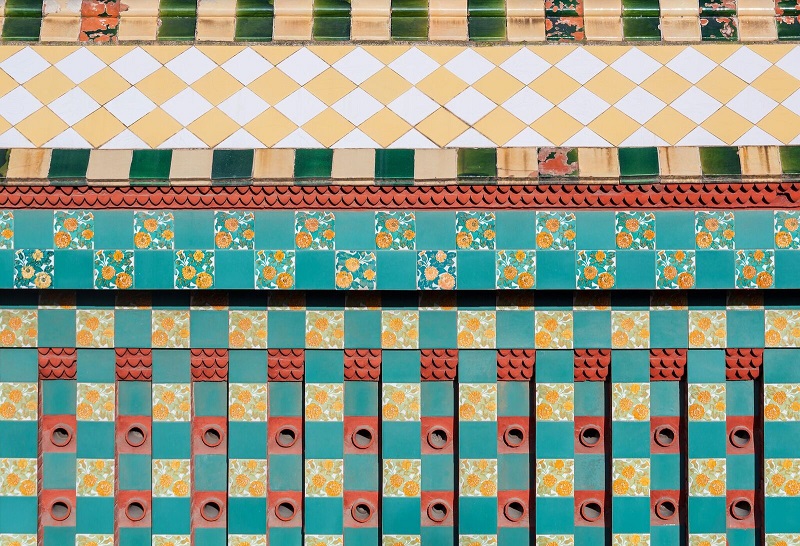 A new museum will soon be coming to the Spanish city of Barcelona. Martínez Lapeña-Torres Arquitectes and Daw Office have superbly restored the Casa Vicens, a private residence designed by the famed Catalan architect Antoni Gaudí, and plan to open its doors to the public this fall. The home’s refurbishment officially began in 2015 but did not physically commence until late last year. Casa Vicens is the eighth building in the Catalan capital to be named a UNESCO World Heritage Site. 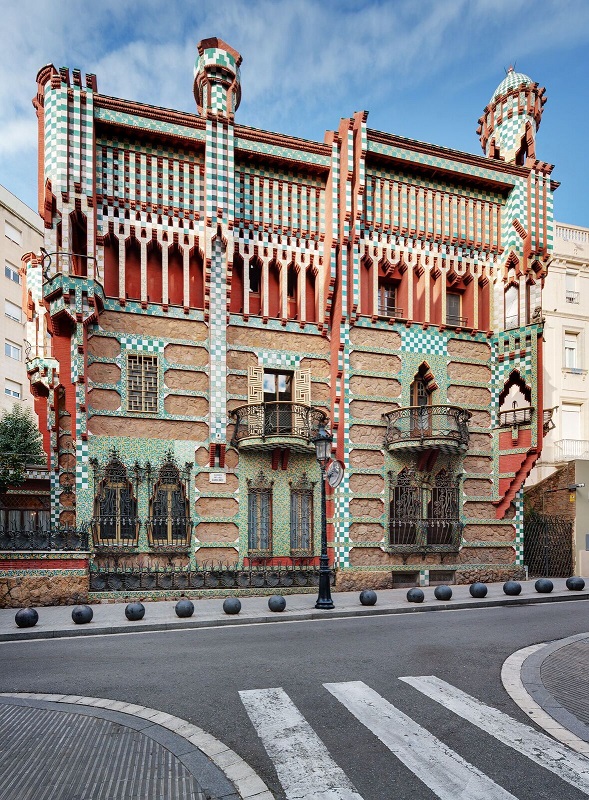 Casa Vicens was designed by Gaudí when he was just 31 years old and was originally intended as a summer home for the local broker Manel Vicens i Montaner. Gaudí would later become known for interpreting traditional Catalan construction methods in his own eccentric way, and this project was his first chance to showcase that eclecticism. The home is adorned with cultural symbols as well as Gaudí’s own iconography, resulting in an uncategorizable building whose creatively unbound style would serve as a sign of things to come in the architect’s future works. Casa Vicens is Gaudí’s first completed building in Barcelona and will now join the ranks of other city landmarks like Park Güell, Casa Batlló, and the still-in-construction Sagrada Familia. 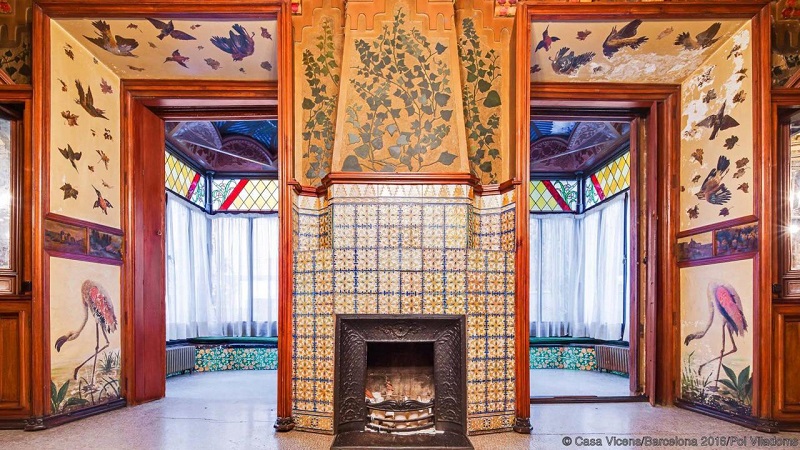 This year will mark the first time that the public has been allowed into the acclaimed house. Before now, Casa Vicens was privately occupied: first as a summer house, then as an apartment complex, and finally as a single-family residence. In 2014, the prominent, privately-run Andorran bank MoraBanc took over possession of the property. MoraBanc has long been committed to the preservation and enhancement of Spanish culture and heritage. As far as cultural restorations go, Casa Vicens is certain to set a new benchmark.

Gaudí incorporated elements of art-nouveau, gothic architecture, and local design trends into the Casa Vicens. The home’s colorful decorative tiling is perhaps one of its most overt tributes to the regional aesthetic. Outside, the facade appears as a series of green, blue, and white tiled lines set against a comparatively solid background of terracotta, stone, and brick. Impressive, mosaiced domes and marble friezes can be found throughout the building’s interior spaces, complemented by timber joinery around the doors and windows and overhead beams that have been inset with floral patterns.

Continue reading below
Our Featured Videos
The building’s restoration was handled similarly to an archaeological excavation. The team was responsible for taking inventory of every one of Casa Vicens’ ceramic elements and selecting the tiles—which all originally featured painted images of yellow marigolds and dianthus motifs—that would need to be swapped out with replicas. In order to produce realistic copies, the designers had to cut stencils out of water-resistant, waxed paper or plastic, which were then placed over the new tiles before being glazed in all the necessary areas. Of course, all of the team’s meticulous efforts have more than paid off. The revitalized Casa Vicens is a stunning and seamless juxtaposition of old and new elements that brings out the original masterpiece’s best features in a way that Antoni Gaudí would certainly be proud of.