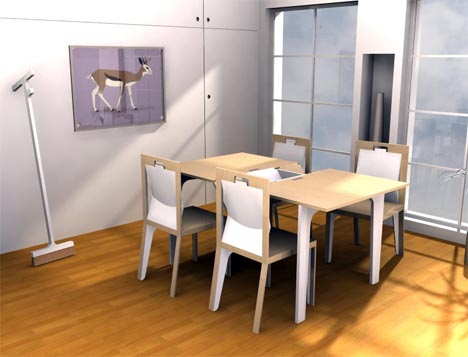 Most modern expanding dining tables require the addition of new pieces or a complex series of actions to transform them from a small four-person table to a full dinner-length design. This simplified version is more interactive, functional and engaging than most of its more cumbersome cousins. 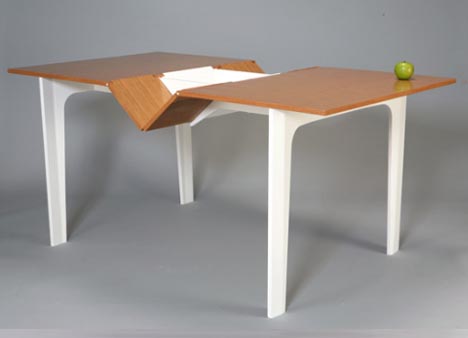 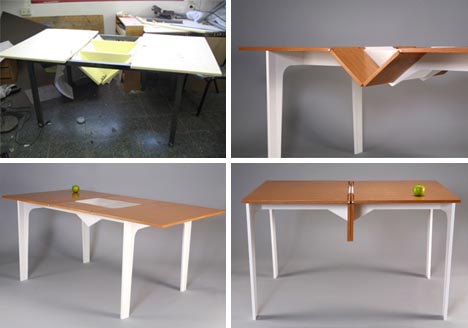 The act of pulling on either end of the table is all it takes to flip up the extra leaves in the middle. In its extended form, the resulting configuration also contains central area that is highlighted in white to offset it from the surrounding wood, creating a kind of centerpiece for more formal occasions. 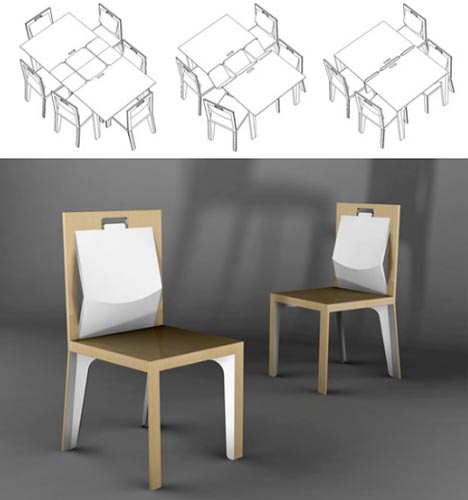 A series of aesthetically similar chairs comes as part of this extendable dining table set – with useful hangar spaces for coats and hats along their back as well as an implicit built-in visual reference to the intermediate point in the converting action at the heart of this design by Iohanna Pani.