Remember how it used to be only rich people who could embark on exciting underwater exploration? Or poor people with great connections or loaded relatives? Well, OpenROV is hoping to make the ocean’s depths an adventure playground for all. You don’t even have to know what a “league” or a “fathom” is. 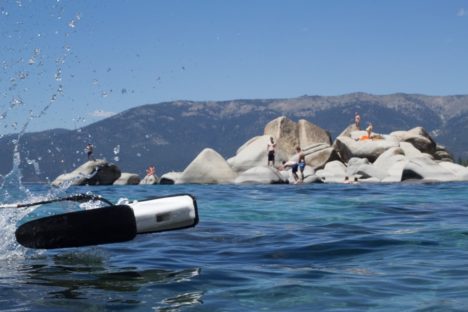 It launched its compact Trident, a low-cost underwater drone for the everyday Joe or Jill as part of “an ongoing mission to democratize ocean exploration,” says the team. Part of the democratic process was inviting funding from supports on Kickstarter, and that went very successfully. Now you can pre-order Trident and expect delivery in November 2016. 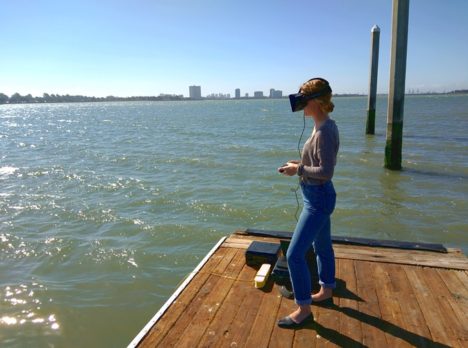 Happily, you don’t have to be a Jacques Cousteau-level oceanographer to use the Trident, though it can be used for weighty scientific research and serious exploration, says the OpenROV team.
“The HD video stream allows the pilot to view the underwater world in a way that has never before been possible,” explain the designers, “and Trident’s ease of operation makes flying the robot fun and exciting for anyone–regardless of technical skill.” The drone moves like a plane rather than a robot, gliding and sailing underwater rather than moving in a grid-like way. 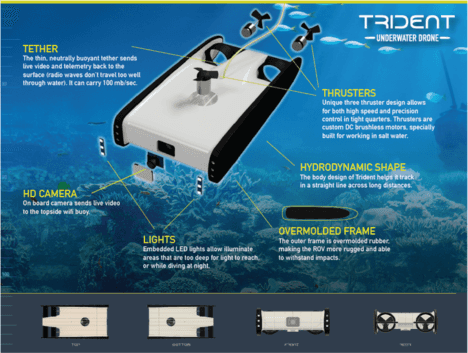 Trident can give you views from as deep as 100 meters below the surface, and you can stay safely (and perhaps lazily) on shore or aboard a boat, controlling your drone by computer, smartphone or tablet. Ain’t technology grand?
OpenROV has thrilled computer hobbyists with its recent announcement that it’s using the popular Raspberry Pi 3 as the Trident’s main computer. More than 5 million people use Raspberry Pi worldwide, the company says, and “That means that we will be tapping into one of the largest embedded system development communities in the world.” 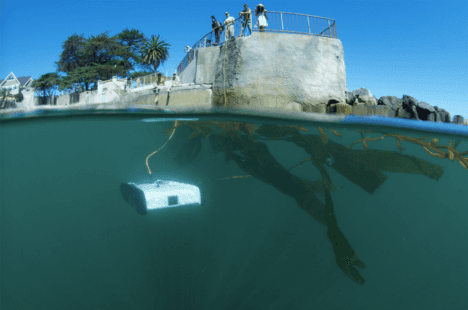 Yes, Raspberry fans, that means you. As tech tinkerers, you will no doubt be excited to learn that Trident software will include an “integrated development environment.” Want to add your own modifications to your drone? No problem. You can edit code right onto the Trident using just your web browser–there’s no need to download any additional programs. 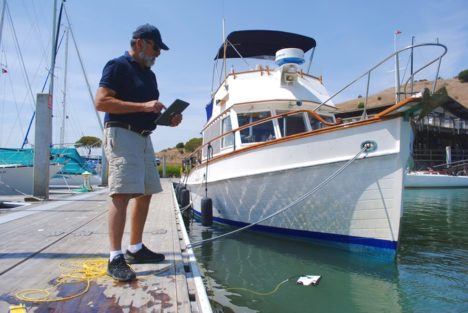 OpenROV recommends Trident for marine biology projects, dive site surveys (like the company’s own recon of the SS Tahoe, which you can check out for yourself), boat inspections (as shown above) and underwater exploration. The company says the drone’s size and shape make it a valuable partner in any 3-D mapping ventures, too. We say you’re allowed to use it for fun, too.

Weighing in at around 6.5 pounds, it’s compact enough to take with you on the road or ocean. Fit it in your backpack, and you’re all set. Just wait till you’re sitting around after dinner with people you’re longing to impress, then grab Trident from its hiding place and tell them you’re off to explore the deep but will be back for dessert. 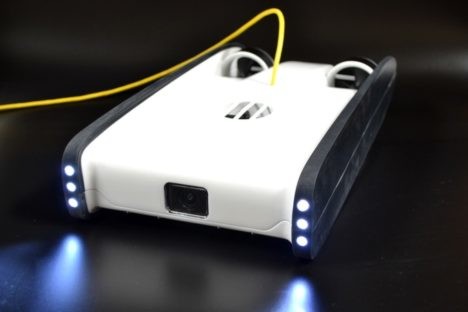 Continue reading below
Our Featured Videos
How it will fare against giant inky squid or sharks or other hazard of the deep, we cannot say. Hopefully it’ll be plain sailing.