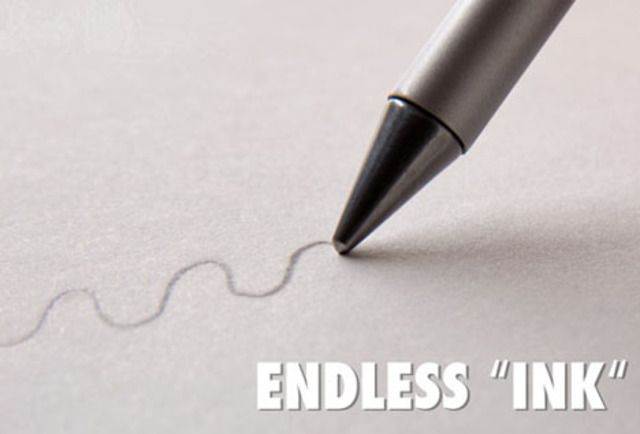 As the anecdote goes: the United States space program spent millions developing a pen that would work in space – while the Russians simply sent up pencils. Problem = solved! Only … the story is not true, as?Snopes confirms.?Decades later, though, a real object blends the best of both of these solutions: the ink-free pen transfers a minute amount of metal from its tip and essentially lasts forever (or, at the very least, a long lifetime).

Smear, smudge and leak problems become a thing of the past – like a pencil, this implement works right-side-up or upside-down (or in outer space) equally well. The catch? It is not erasable – at least not the ones from Grand Illusions or Vat19.?Still, few pens can be erased, and those that can do not always work so well (take the liquid pencil for instance). Think of them like stay-sharp adult versions of the classic Crayon. 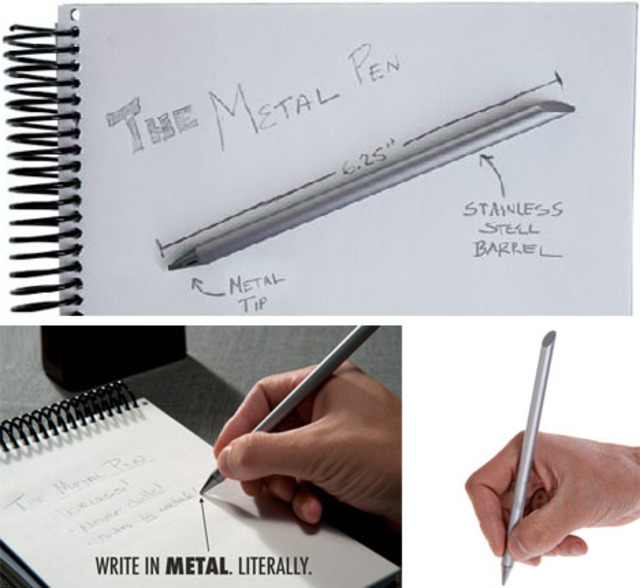 Inkless metal pens get better with each generation of design, but are still surprisingly not in widespread use – sure, they are a bit pricey, but on the flip-side you never have to buy another ink refill or pack of pencil leads (well, graphite really)! For drawing, sketching, writing and whatnot, well, the closest equivalent are digital implements, but of course they require a device to work. 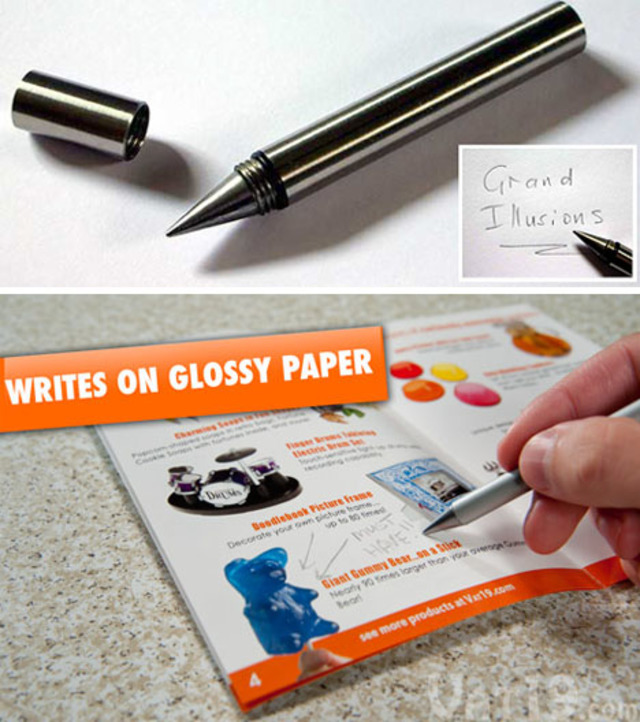 Some variants come with caps while others do not – some of us just end up losing the top anyway, and since there is no real reason to worry about leaving it open and having it dry out the necessity is not there either. So when will these take off – besides in NASA missions that is? Hard to say in our disposable-oriented society, but sooner or later people will no doubt recognize the real value of a lifelong pen – and the more interest there is, the better they will become.