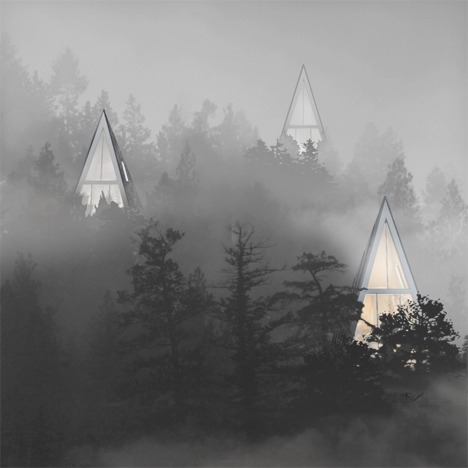 Denmark-based architect Konrad Wójcik is on a mission to remind humans just how much we have changed the natural world. With urban sprawl and a global population explosion, we have deforested much of the planet and left it a mess. He believes that the only way to cure this is for humans to get back to nature and let the planet heal itself. 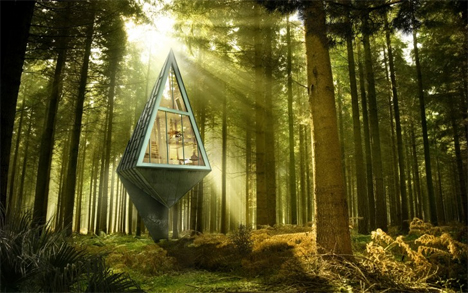 His proposal is called Primeval Symbiosis. It consists of small homes which look and behave like trees. Solar panels cover the tops and sides of the pyramid-shaped structures, drawing energy from the sun just as trees do. 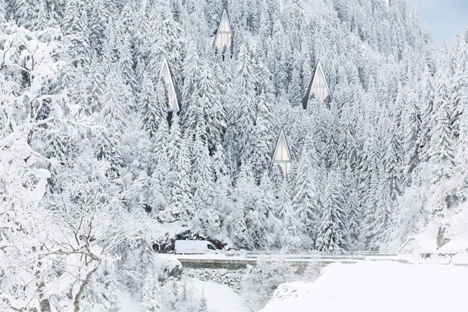 The homes gather water from the environment and turn humans’ waste into fertilizer to nourish the forest around them. The architect’s vision includes placing groups of the homes in forests. Each would be far enough away from its neighbors to afford some privacy, but not so far apart that they can’t be considered a community. 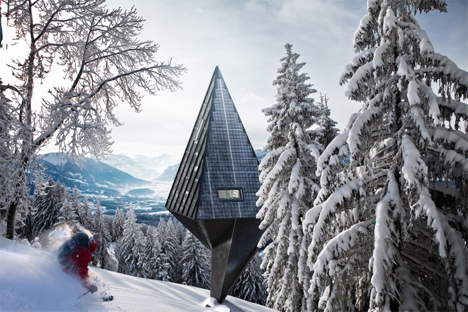 Each of the tree-like homes is supported by a single point, the end of which is anchored in the ground for stability. The small space beneath the “canopy” of the home is meant to house cars and bikes. 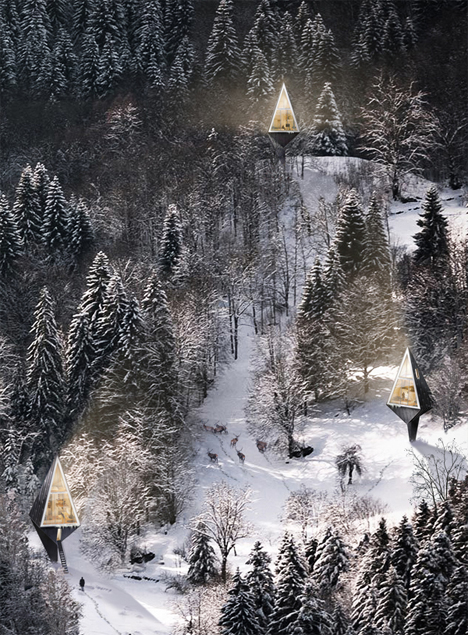 When one of the homes is no longer usable, it again behaves like a tree: its death allows other things to survive. The homes are 100% cradle-to-cradle recyclable, meaning that every part of the structure can be not only recycled, but made into other things. Just like in nature, the circle of life defines this fascinating tree home concept.