South Africa’s newest and most widely-anticipated art museum has finally opened its doors to the public. Dornob previously reported on the opening of the “Silo Hotel,” which occupies part of the same complex on Cape Town’s V&A waterfront. The museum in question is the Zeitz Museum of Contemporary Art Africa (Zeitz MOCAA), and it’s located in a former grain silo that overlooks the South African city’s docklands area. It will house the world’s largest collection of contemporary African art and will also take its place as South Africa’s biggest art museum, both factors setting the stage for the Zeitz MOCAA to become one of the most important institutions for African art of all time. The 1920s building was recently transformed by the visionary British design studio Heatherwick Studio, fronted by design pioneer Thomas Heatherwick. 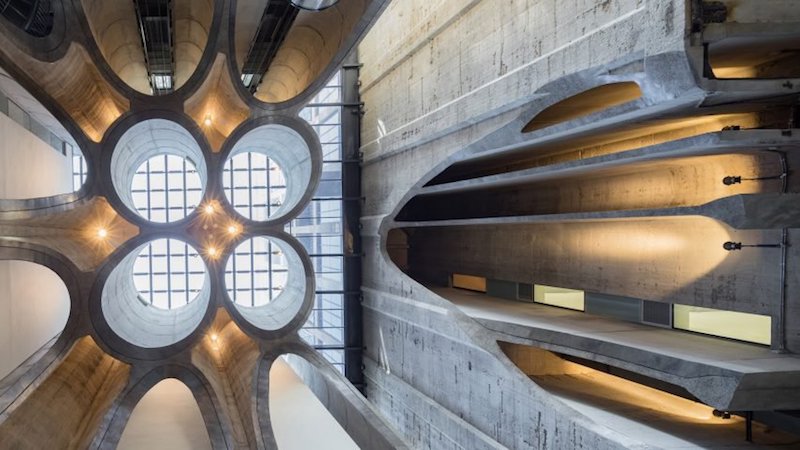 The impressive, bulbous glazed facades of the Silo Hotel occupy the former grain silo’s top floor, below which the museum sits. The original building was formed of 42 tightly-compacted cylindrical silos, and the new museum is spread out over 9,500 square meters, including 6,000 square meters of exhibition space over nine floors and 80 interwoven galleries, a rooftop sculpture garden, a bookshop, art storage facilities, restaurants, and reading rooms. Aside from the exhibition spaces and ancillary facilities, Zeizt MOCAA also provides Cape Town with a costume institute and centers for photography, moving images, performance art, and art education. 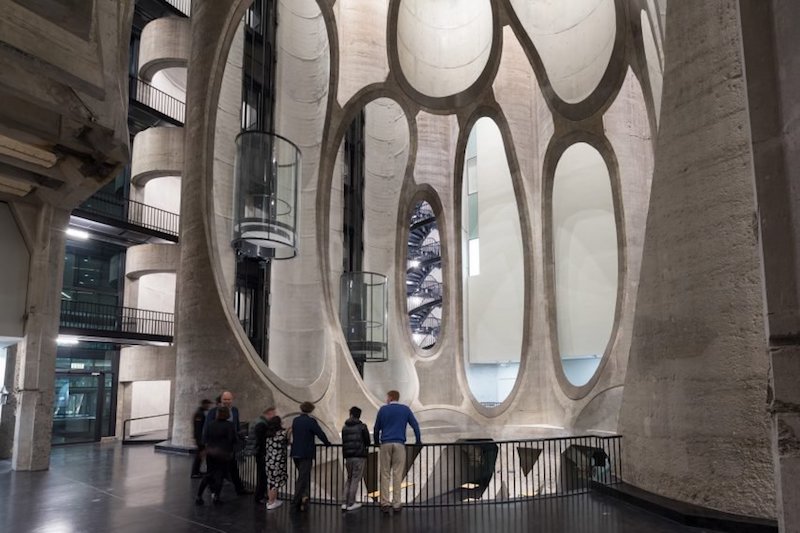 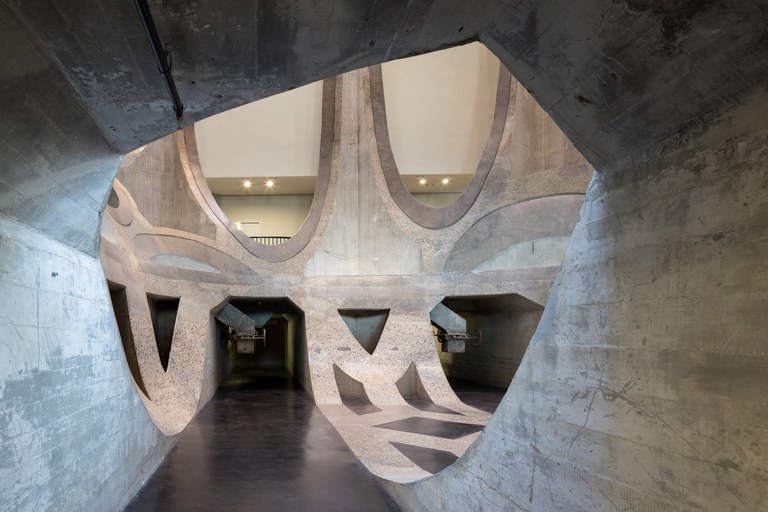 Heatherwick Studio’s ambitious concept for the museum has been realized with an astonishing level of care and integrity. Discussions with the museum’s curator made it clear that the building’s existing structure wouldn’t have been able to house exhibition spaces because its chambers were too small and circular in shape. Still, it was a major part of the concept that these silos would not only be preserved, but that they would also become one of the museum’s major features. Heatherwick himself has even called them the “heart” of the project.

This central idea is best seen in the museum’s atrium, which now essentially carves away massive swathes of the silos to reveal their internal structures. The result is what Heatherwick describes as a “vaulted cathedral,” but it’s unlike any other cathedral anyone has seen before. The effect of exposing the silos is almost like that of abstract sculpture: the shape of the former structures can be read easily enough, but the volumes are utterly unlike anything they were in their previous lives, having been scooped out at unusual angles to create elliptical voids with strangely amoebic properties, at once solid and fluid. The frames left from the cuts boast a double skin of polished concrete and rough aggregate, a lovely contrast in this imposing 27-meter-high space. 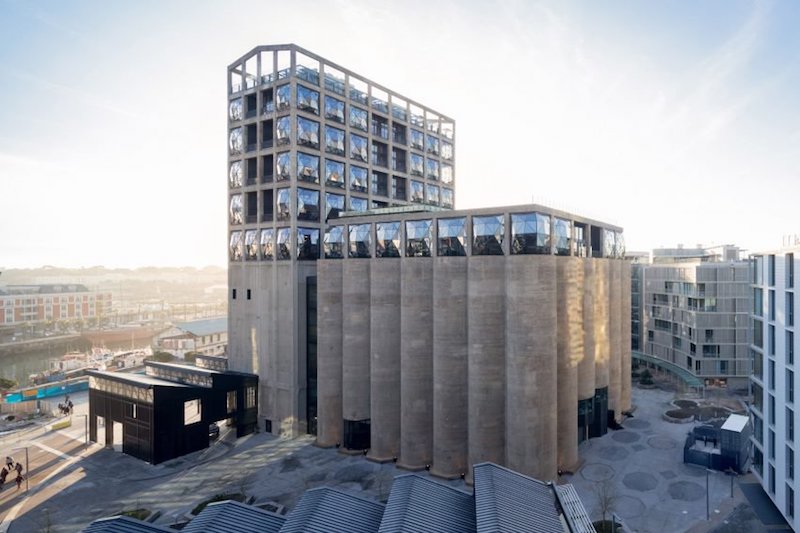 The project is estimated to have cost around $40 million and has taken about four years to complete since its announcement in November 2013. The V&A Waterfront is one of Cape Town’s main tourist attractions, with visitors coming to admire its unique collection of buildings and idyllic setting, which sees the iconic Table Mountain in the background while the ocean stretches out in front of it. The entire dockside complex will no doubt become an icon in its own time, and the new museum has a certain utopian quality to it, something that’s sure to stun and inspire visitors for years to come.