Humans’ fascination with Mars began hundreds of years ago, when Galileo first observed it through his telescope. Since then, countless documentaries, books, movies, and other fictionalized adventures set on the planet have only added to the hype. But today, the concept of someday living on Mars is much more than a fantasy. 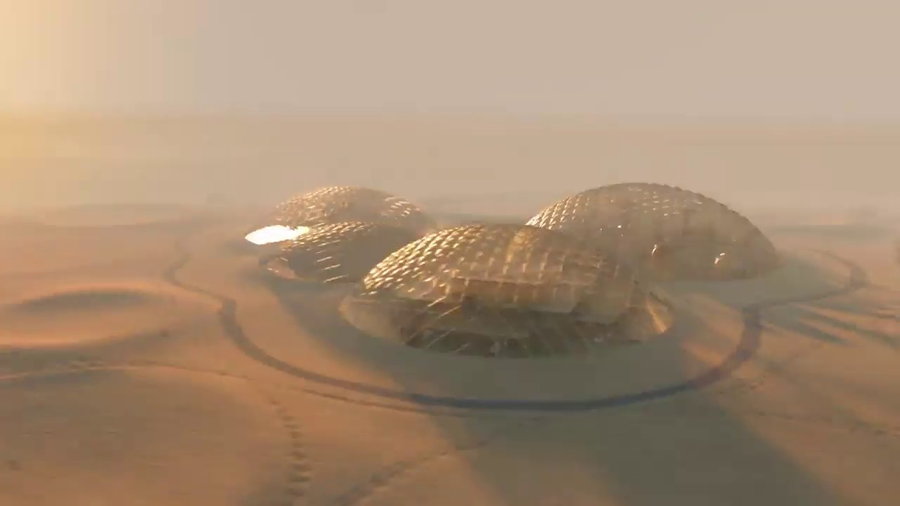 In 2017, the United Arab Emirates announced its ambition to colonize Mars within the next 100 years. The country seems so eager to get on the planet, in fact, that they’ve already hired architects to start visualizing what a Martian city might look like, and they’re even making plans to recreate it in the Arabian desert outside Dubai. Their initial maps for Mars Science City designated over 176,000 square meters of desert, an area larger than 30 football fields, with a price tag of around $135 million. 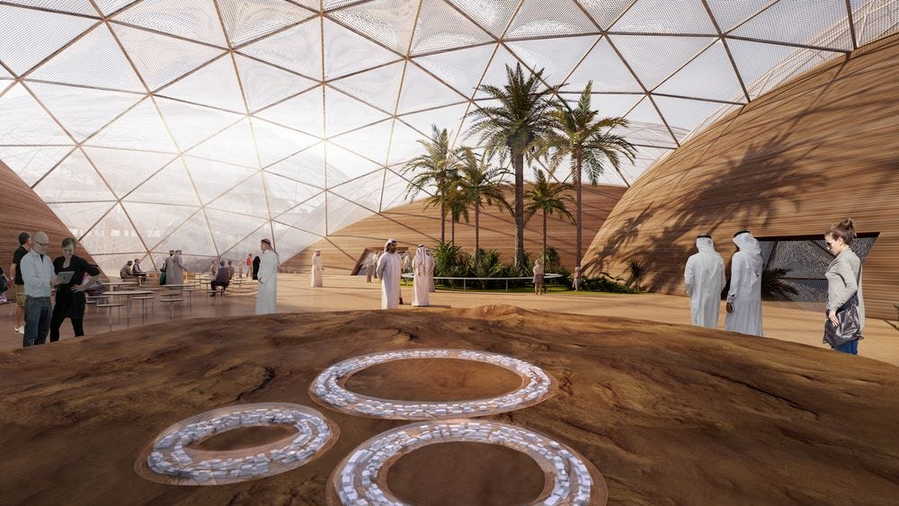 When the Bjarke Ingels Group was hired to design a prototype of a city appropriate for sustaining life on Mars, they had the additional challenge of adjusting the project’s finer points to thrive in the Emirati desert. Still, their most formidable quandary was conquering the hostile environment of the red planet.

Destructive radiation on Mars is prevalent due to its lack of a global magnetic field and thin atmosphere. On top of that, the temperature on the planet, an average -81 degrees Fahrenheit, is far from habitable for humans and most other life forms. These problems are further exacerbated by the lack of air pressure caused by the spare atmosphere, which in turn causes liquids to quickly evaporate into gas, and despite freezing temperatures, undefended human blood to reach its boiling point. 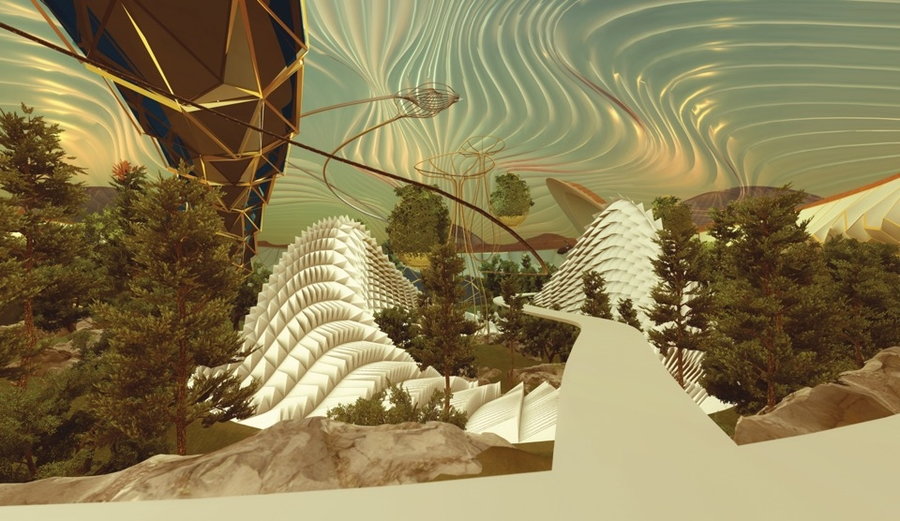 Jonathan Eastwood, Director of the Space Lab at Imperial College London (and who has no affiliation with the Mars Science City project), points out another big challenge with no scientific connections. He explains that “the biggest challenge in terms of a sustained presence on Mars is not the engineering [or scientific] challenge, but the human [and] personal one. So not just to answer the question about how do you survive, but how do you thrive?”

Jakob Lange, a partner at the Bjarke Ingels Group, was quick to expound on how he and his associates plan to overcome these obstacles. He essentially explained that pressurized biodomes encased in a transparent polyethylene membrane would sustain a moderate temperature and livable air pressure. Oxygen for each biodome would be generated by electricity applied to underground ice. Solar energy would provide power and heat, with the thin atmosphere keeping the temperatures in check. Using Martian dirt, 3D printed buildings would then be created under the domes. Rooms would expand 20 feet underground, shielding them from damaging meteors and radiation.

The Mars Science City project is a natural progression for the bold space program overseen by Dubai’s Mohammed Bin Rashid Space Centre. In 2019, the center sent its first astronaut into space. In summer 2020, they plan to launch a probe to Mars. DMBRSC will also embark on its premiere analog mission in Russia in November 2020, which will last eight months. The international squad of six assigned to this mission will include one Emirati crewmember and will concentrate on how confinement and isolation affect the physical and mental health of humans.