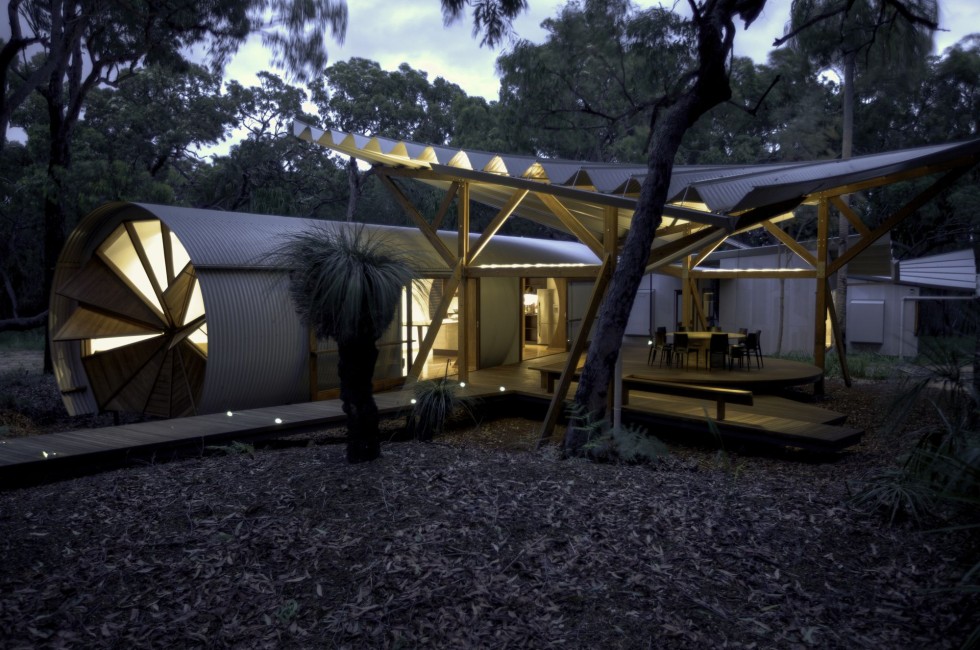 You may have fond memories of camping with your family, but chances are those memories weren’t made in a camping retreat as delightfully offbeat as this one. The Drew House was designed by Simon Laws of Anthill Constructions as a luxury campsite for a family on the eastern Australian coast. Near a town called Seventeen Seventy, the structure sits amongst ancient trees near the start of the Great Barrier Reef. 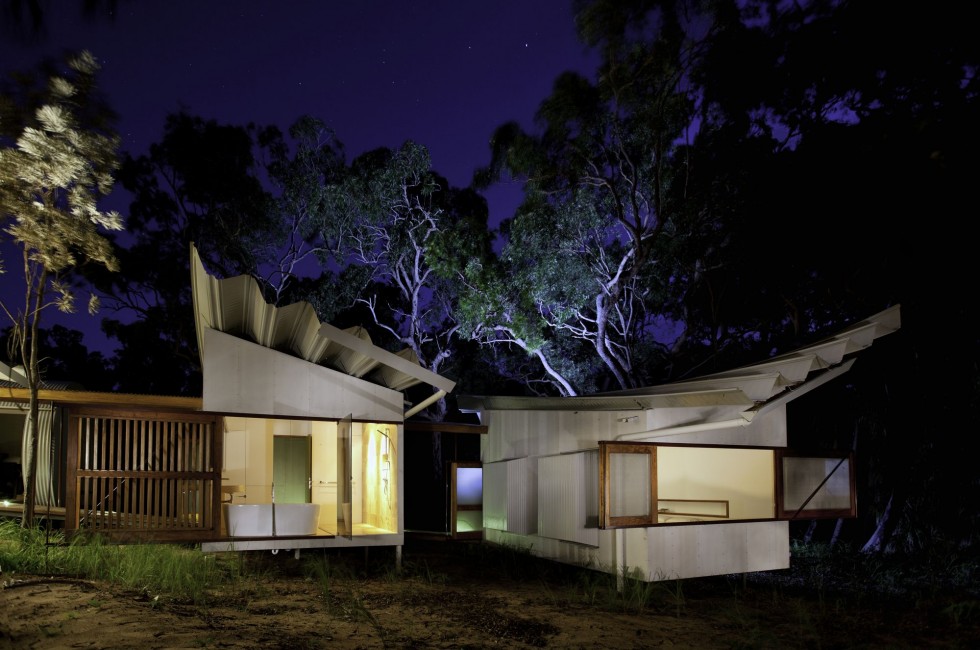 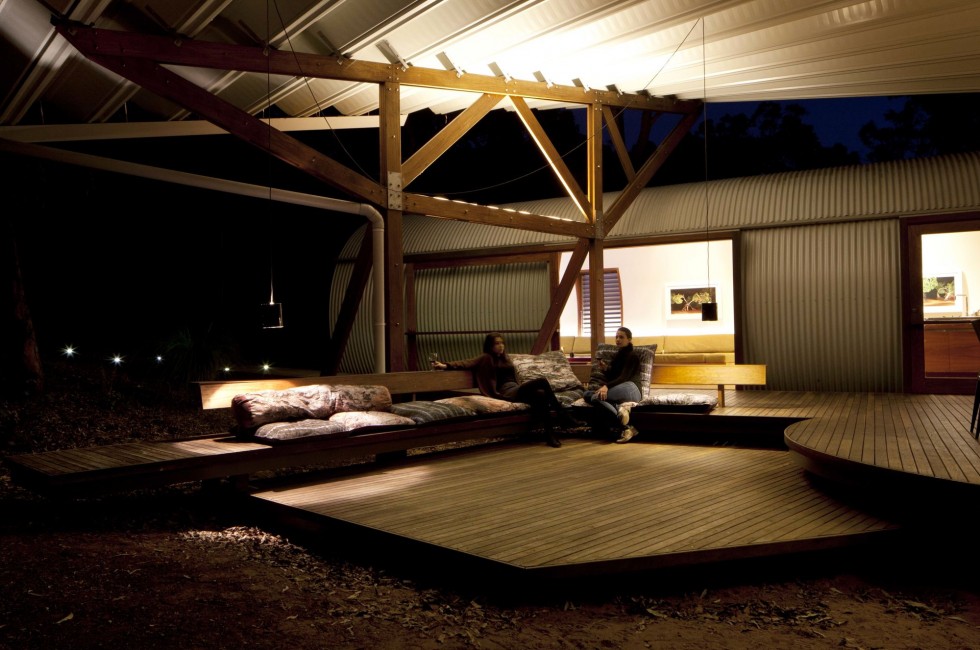 Laws was inspired both by the pristine natural setting and by the residents’ own histories. Their families have strong ties to the sugar cane industry and they themselves fondly recall spending camping holidays in the area.

Outside, the three separate pods that make up the residence – one for sleeping, one for living and a bath house – are unified by a large exterior living and dining area. The exterior area is sheltered by two hardwood trusses covered with Aramax roof sheeting, giving a pleasant and somewhat-protected area to sit in and enjoy the long, lazy evenings. 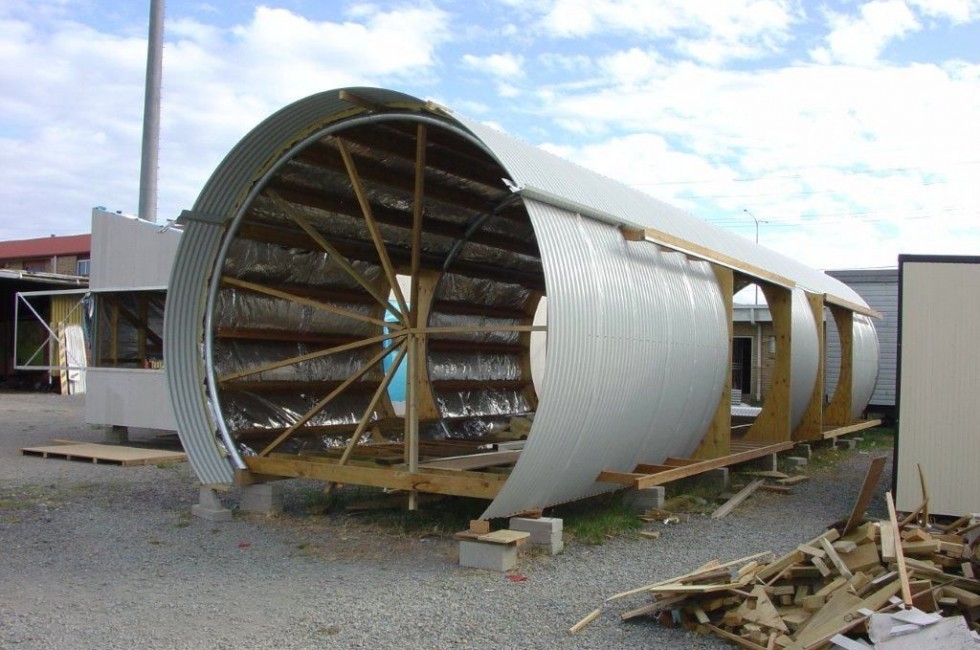 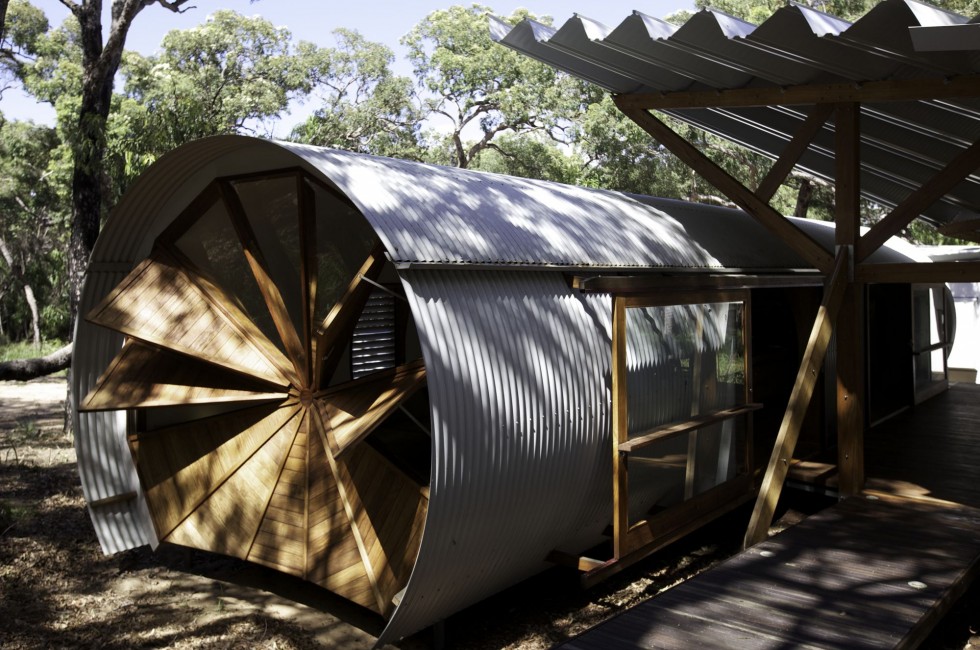 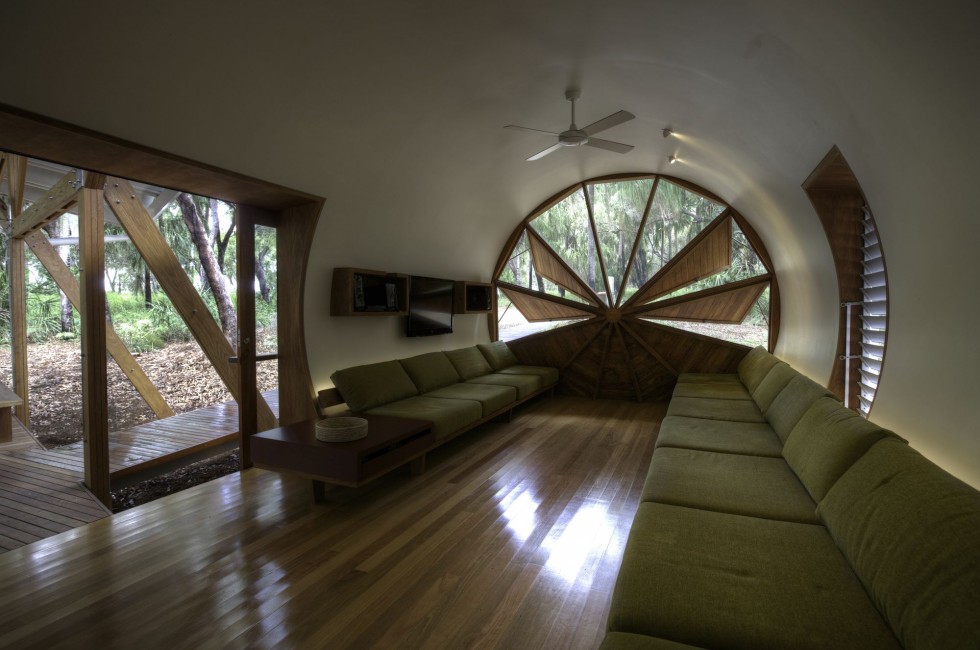 One of the most striking elements of the Drew House is its harmony with its surroundings. The shape of the structure is unobtrusive and even reflective of its natural setting. The materials used are as simple and as close to nature as possible: minimally finished, natural oiled hardwoods that seem at home both inside and outside the structure. 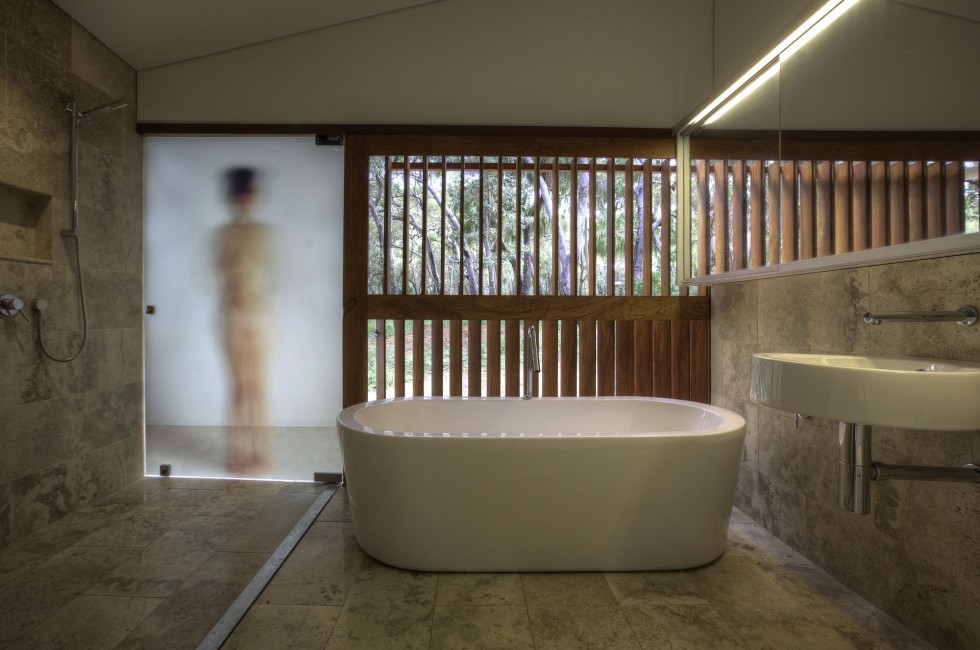 “The Drew house is a holiday retreat for Australian photographic artist, Marian Drew, and her brother Derek. In their youths the family took camping trips to the same area near Seventeen Seventy, a town just south of Gladstone and the most northerly surf break on the east Australian coast at the start of the Great Barrier Reef.

The house aims to create a kind of luxury campsite nestled amongst the knarled Bloodwoods and ancient Palms of the pristine ridge top site with forms that also reflect the strong iconography of the sugar mills that were also a large part of the family’s history. Living and sleeping pods along with a bathhouse were built in Brisbane, close to construction services, and transported the 500km to site fully completed.”