A one-and-a-half-story A-frame house with a bay window, brick chimney and white siding is about as conventional as it gets – a nearly-nondescript domestic cliche. As such, the sensational, angular metal-and-glass backside renovation-and-addition to this wood-and-window suburban-style home comes as all the more of a visual shock to the system — but only if you get close enough to see it.
“I was asked to alter this quite small free standing house in McMahon’s Point so it could accommodate small family of three which has now grown to four,” says architect Stanic Harding. “The house was unremarkable and typically had no strategy relative to providing connection to the limited outdoor space available to it. The entry was poorly defined and a carport attached to its base compromised the connection to street.” 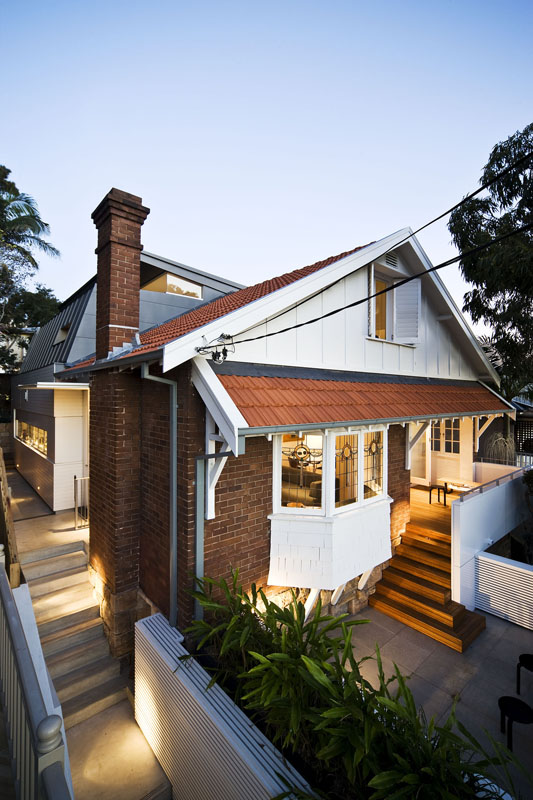 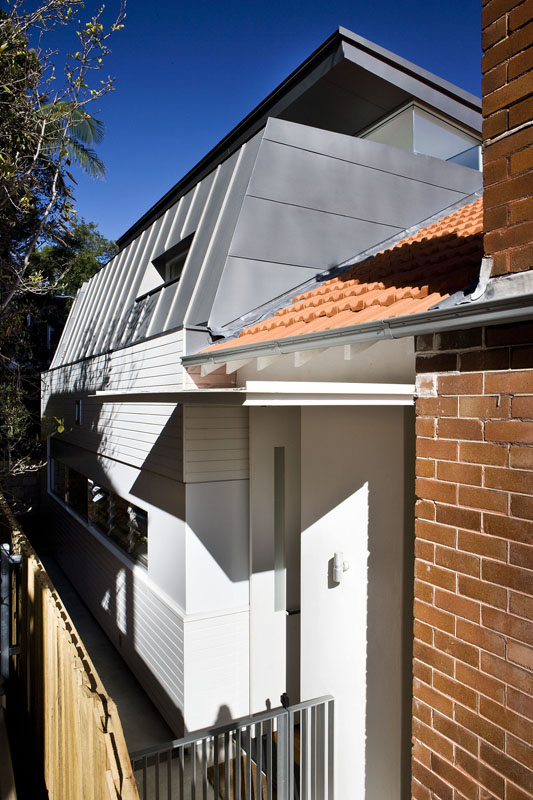 The stout columns, broad expanses of glass and larger openings added all contrast sharply with the relatively tame and traditional frame-and-cladding nature of the original traditional house. Likewise, metal siding and aluminum window frames are a stark departure from the wood-and-brick materials of the old home. Finally, dark and linear wood decking and zigzagging concrete steps make the transition from back deck to yard while a more typical wood-stair entrance deck over a two-car garage remains in the front. 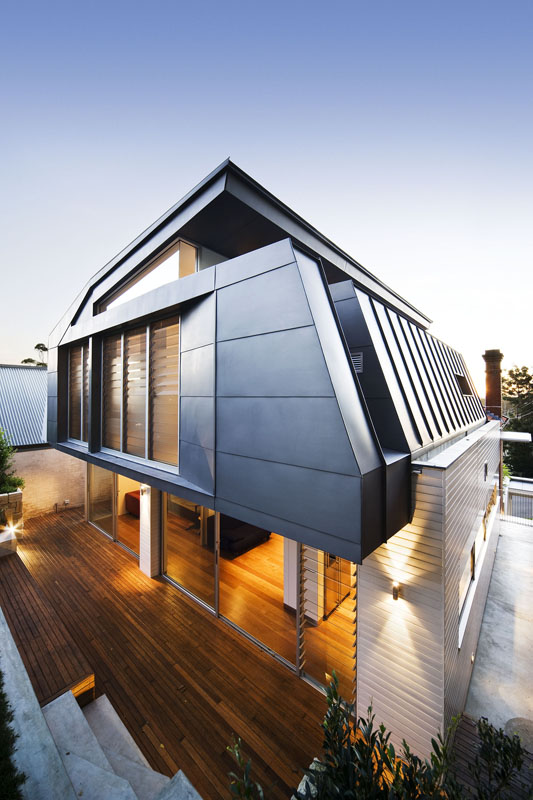 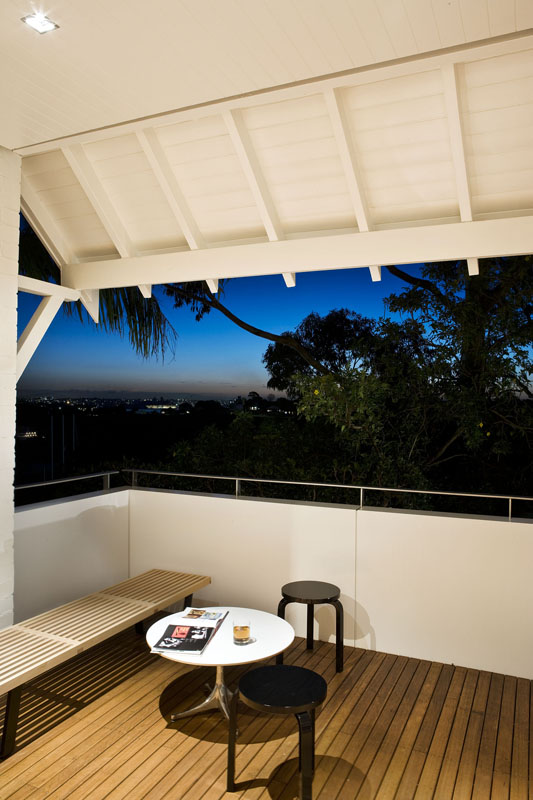 Continue reading below
Our Featured Videos
In short: the two pieces of this traditional turned modern home renovation are almost as different as can be, clearly intended to be visually understood as old and new respectively. What seems to make them work is the nature of the split – the choice to leave the street-front side as a coherent architectural face on the one hand, and to have the transition to a radical new ultramodern addition take place toward the hidden center of the narrow property on the other. The fully-renovated and modernized interior likewise ties together the past and present parts of the house, with much softer transitions for the residents than the sudden intersection of the exterior components.