Tucked into a grassy hillside in Maharashtra, India, is a stunning modern residence almost entirely surrounded by glass. It’s got sweeping vistas of the lush, green valley below, a flat roof topped with a big open deck for lounging and sunbathing, and…a gigantic rock randomly perched at the edge of a cantilevered terrace, which looks like it’s about to plummet into the swimming pool below. The latter has been tripping some design fans up lately, resulting in more than a few “laugh” reacts on Facebook. What is it about this unusual feature that makes it so divisive? 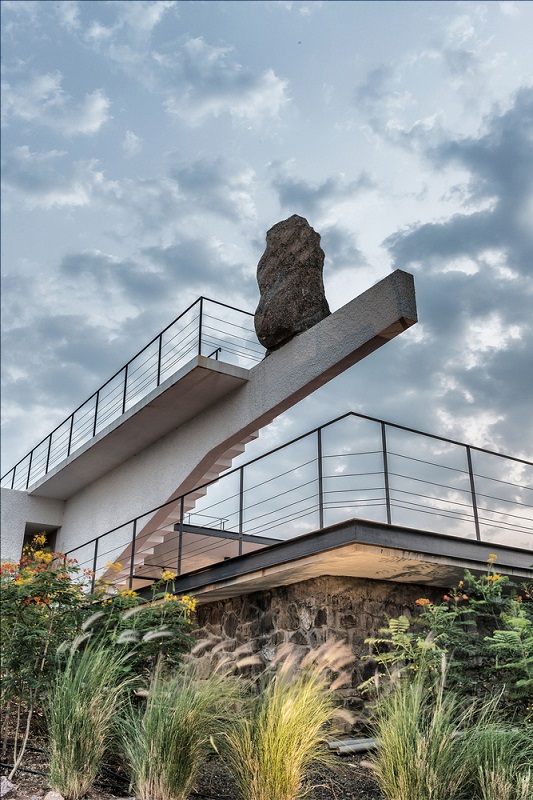 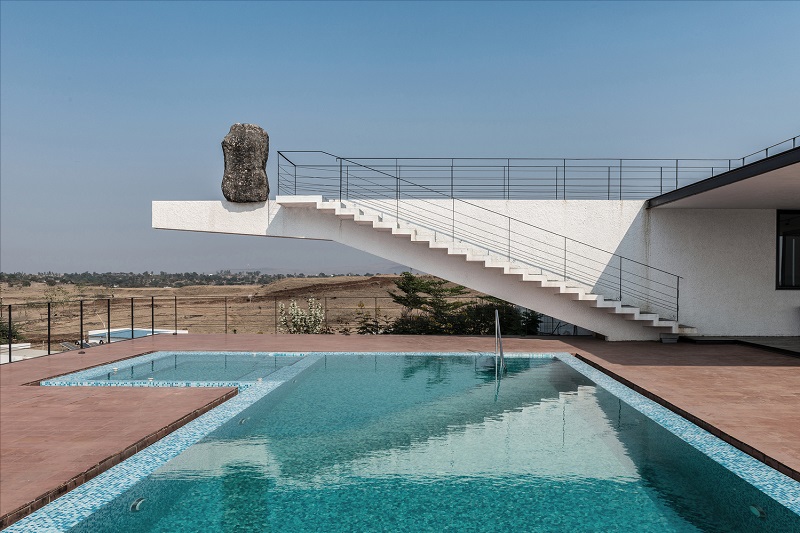 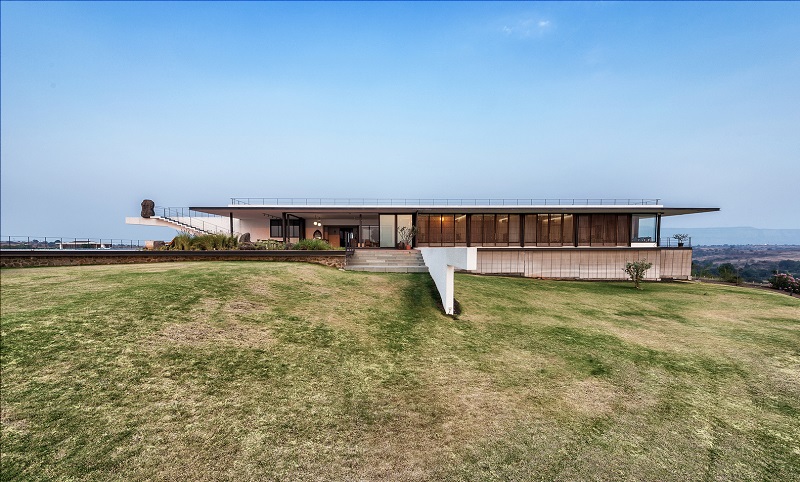 Let’s start with the house itself. Fittingly named “House with the Soaring Rock” by its architects at the Mumbai-based firm Spasm Design, the home places stunning views at the forefront of every space, and it’s easy to see why. Its hilltop location makes it an ideal place from which to fully appreciate the misty, mountainous landscape and the reflective body of water pooling around its peaks.

The design frames floor-to-ceiling glazing between two flat planes for a streamlined, stripped-down effect that emphasizes lines and angles. These glass panels slide open to allow the living and dining rooms to meld with the terrace outside, its red bricks complementing the vivid green of the grass and blue of the sky. 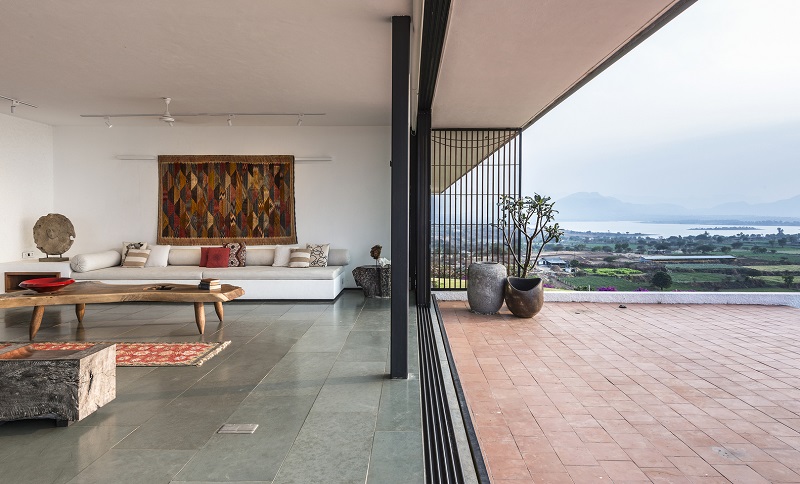 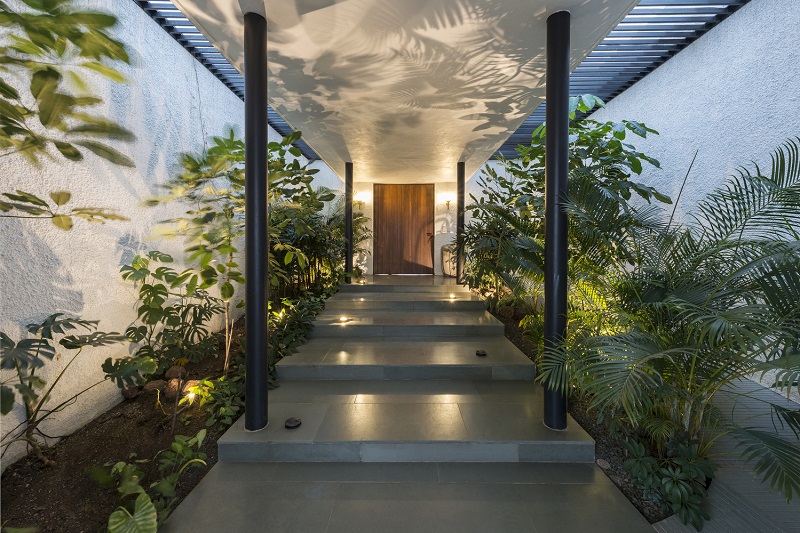 The master bedroom enjoys one fully glazed corner to take further advantage of those panoramic vistas, and it evens includes access to a private outdoor space on the side of the house. The back of the home enjoys similar views, while courtyards tucked into voids in the rectilinear design bring sunlight into the home’s core.

The rock in question is perched in the middle of an oblong rectilinear projection, which itself is echoed by a similar element that stretches from the base of the home out onto the hillside. Though they aren’t pictured from above, these elements seem sculptural in nature — almost like they’d create the effect of a sundial. It’s not unusual for boulders to be employed as sculptural details, but rarely are they positioned so precariously high. 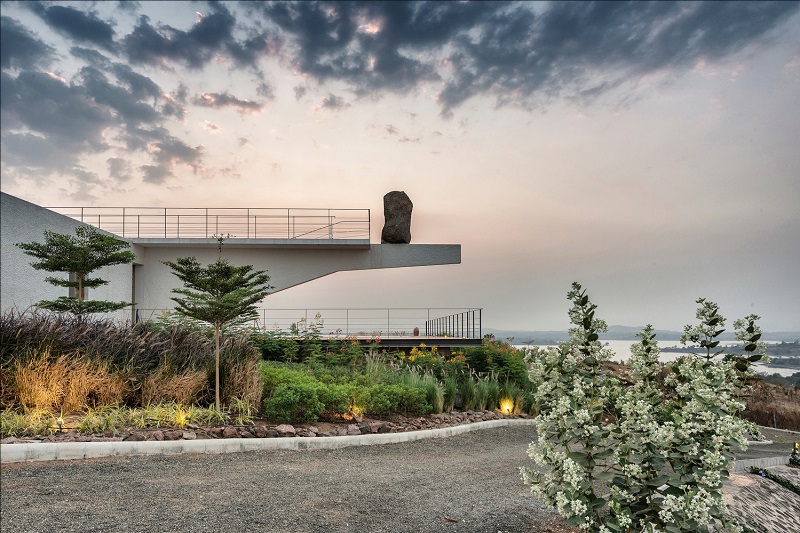 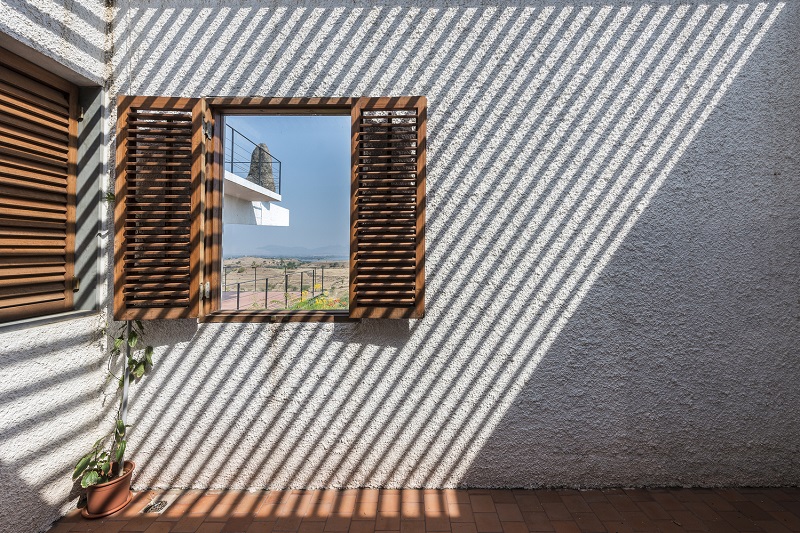 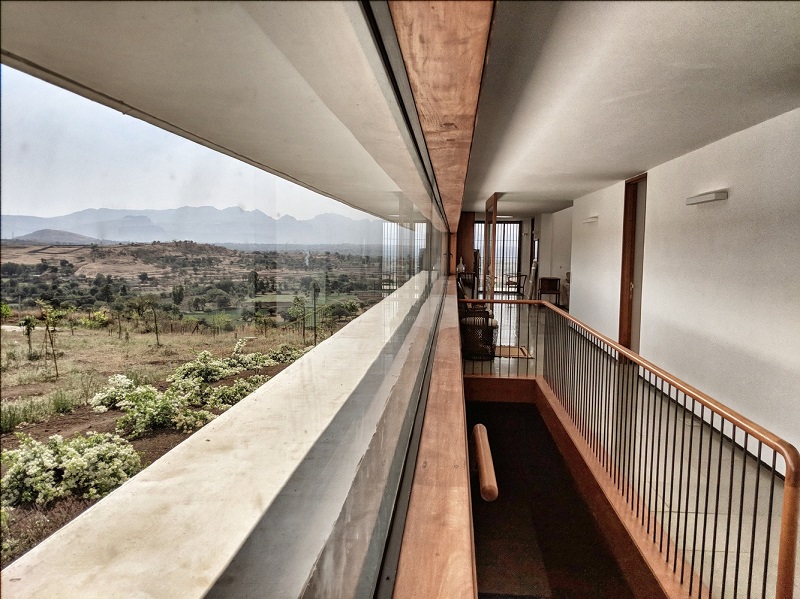 Maybe it’s the pop of asymmetry in an otherwise symmetrical design, or the tension of the four-ton rock’s balancing act, that has some design lovers on edge. Its hefty proportions and rounded shape contrast with the light, angular house below it, making it stand out even more. Whatever your own feelings about the rock may be, there’s no denying that the home accomplishes the architects’ intention, and that it’s not a design that’s easily forgotten.

“HOMES celebrate LIFE,” they say. “They celebrate views, geographies, locales, climates… the emotion one feels on arrival at the crest of the site is of liberation, an expanse. The same emotion is distilled through the placement of the four-ton rock that soars on the prong of a six-meter cantilever…the home predominately faces the farmlands, a reservoir and the highlands, witness to the most color-saturated sunsets.” 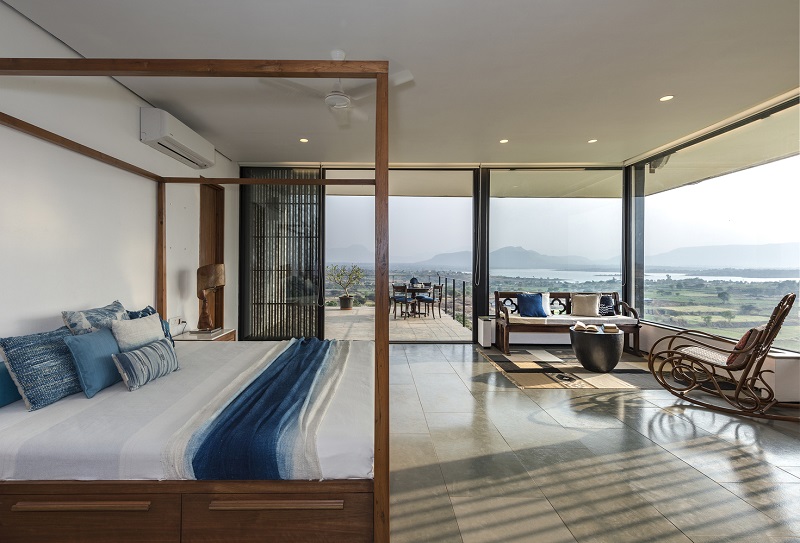 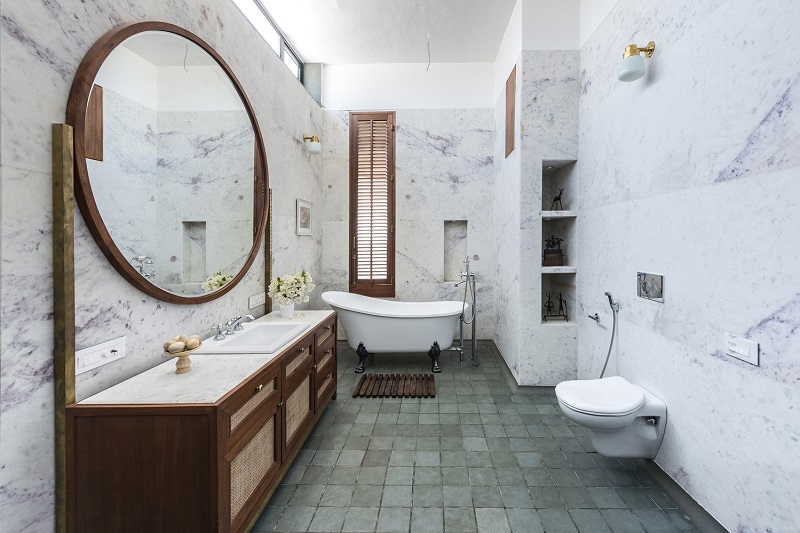 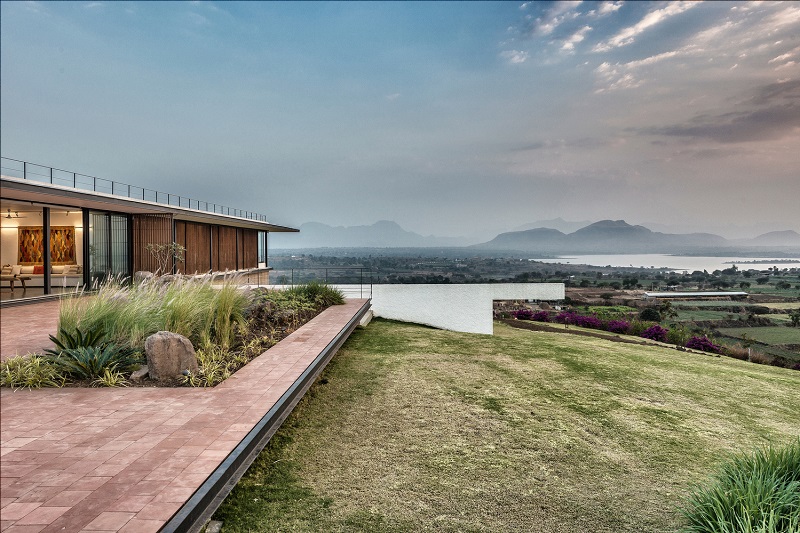 “Living spaces are framed between two simple planes, framing the views as cleanly as possible. Another plane slips a bit under to become a terra-cotta terrace and pool…horizontal lines echo the nature of the PANORAMA. Stating more would be a waste.”