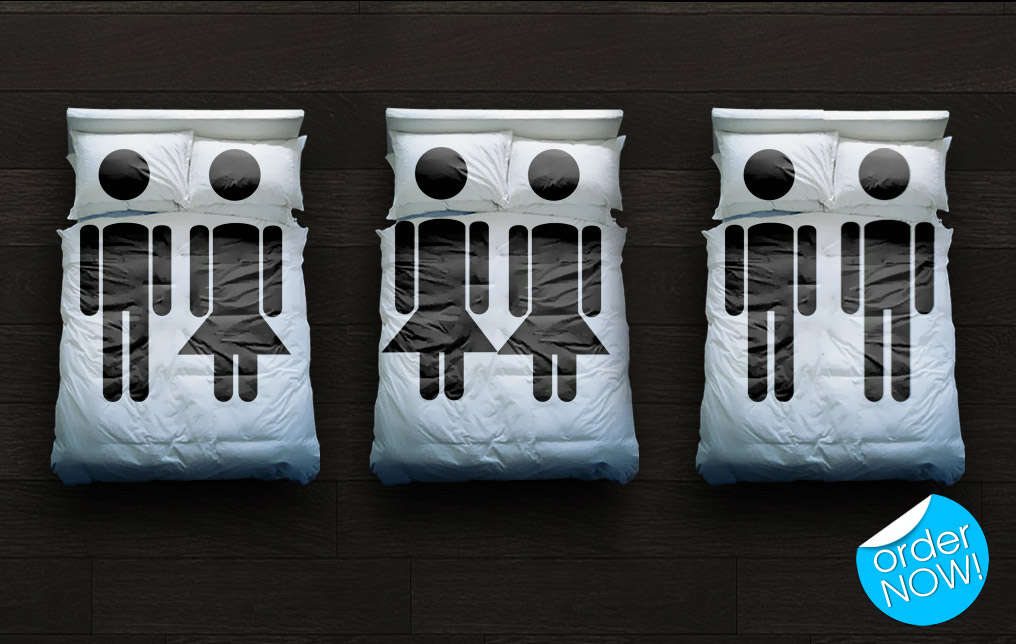 In the days of print-on-demand services, you can customize just about anything in your home. Make up whatever you design you like and plaster it on a wall hanging, towels, tote bags, throw pillows, mugs and virtually anything else you can imagine. If for some reason you’re hankering for silhouettes of stick figures to adorn your duvet cover or sheets – well, you don’t even have to design them yourself. They’re already a thing.

These odd custom bedding designs certainly aren’t to most people’s tastes, but you know what they say: put something on the internet and you can almost guarantee that eventually, someone will want to buy it. Either way, though, these comforters may be cool but look anything but comforting – unless perhaps you are sleeping safe at home with someone who has the same strange sense of humor.

There are the his-and-hers (as well as hers-and-hers or his-and-his) design variants, but beyond the PG varieties, designer Vadim Cherniy also envisions sets that depict somewhat more explicit bedroom activities. 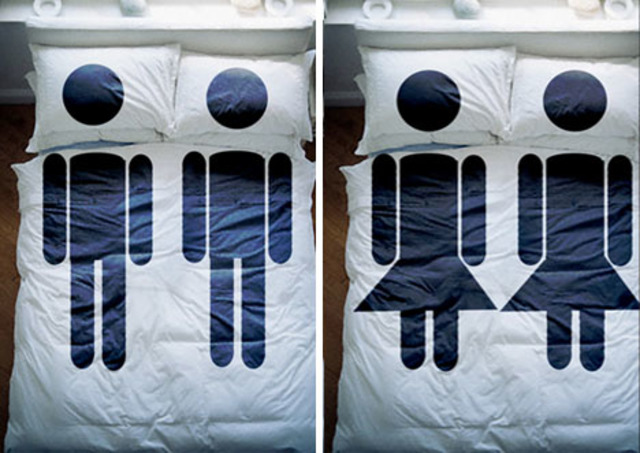 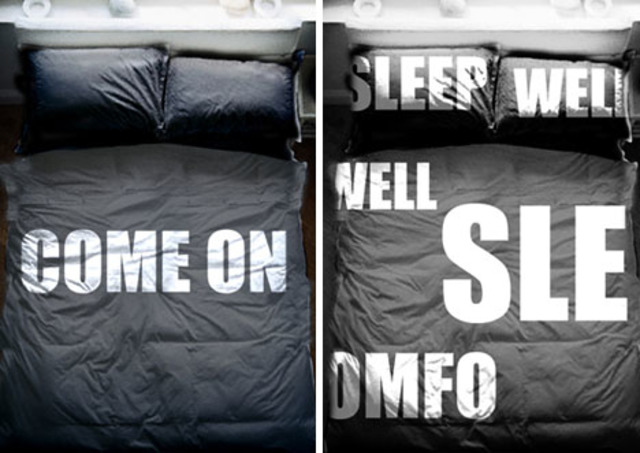 Then there are the bold-statement sheets that demand you hurry up and get a good night’s sleep, but these black-and-white text-heavy linen sets likewise do not seem to encourage actual rest.

The Russian designer sells these custom bedding designs and others at Society 6, along with lots more merchandise.

“Vadim Cherniy designer from Saint-Petersburg.  Graphic designer with 8 years experience designing for the musical bands, artists, DJ’s, music clubs, media, etc. One of the most remarkable personal highlights is the creation of unique identity design for The Krolls band: logo and 3D characters, prototypes of the band members. The band now is well-known in Russia, thanks to these characters and vivid, recognizable, nameable image. Designer has created The Krolls debute album cover (Misteriya Zvuka record label), he is the author of all band posters.”