Famous for its fairy tales, cuckoo clocks, and dark misty woods, the Black Forest mountain range in southwest Germany is also the birthplace of one of the world’s oldest kitchen brands. Gaggenau began over three centuries ago as an ironworks in a historically poor farming region ruled by an aristocrat seeking to diversify the local economy. By the late 19th century, Gaggenau had grown from a humble operation forging nails to a manufacturer of complex farm machinery. That’s when the brand’s iconic engineering prowess blossomed, laying the groundwork for the world-class appliances it’s known for today. The rest, as they say, is history. 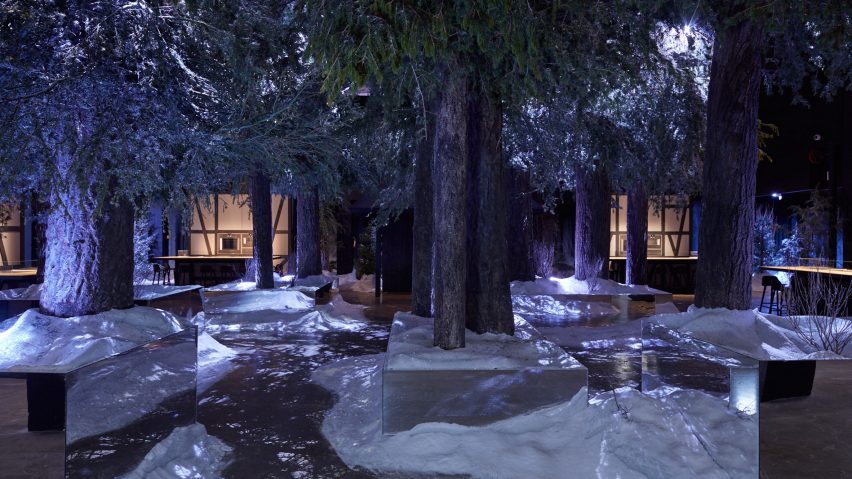 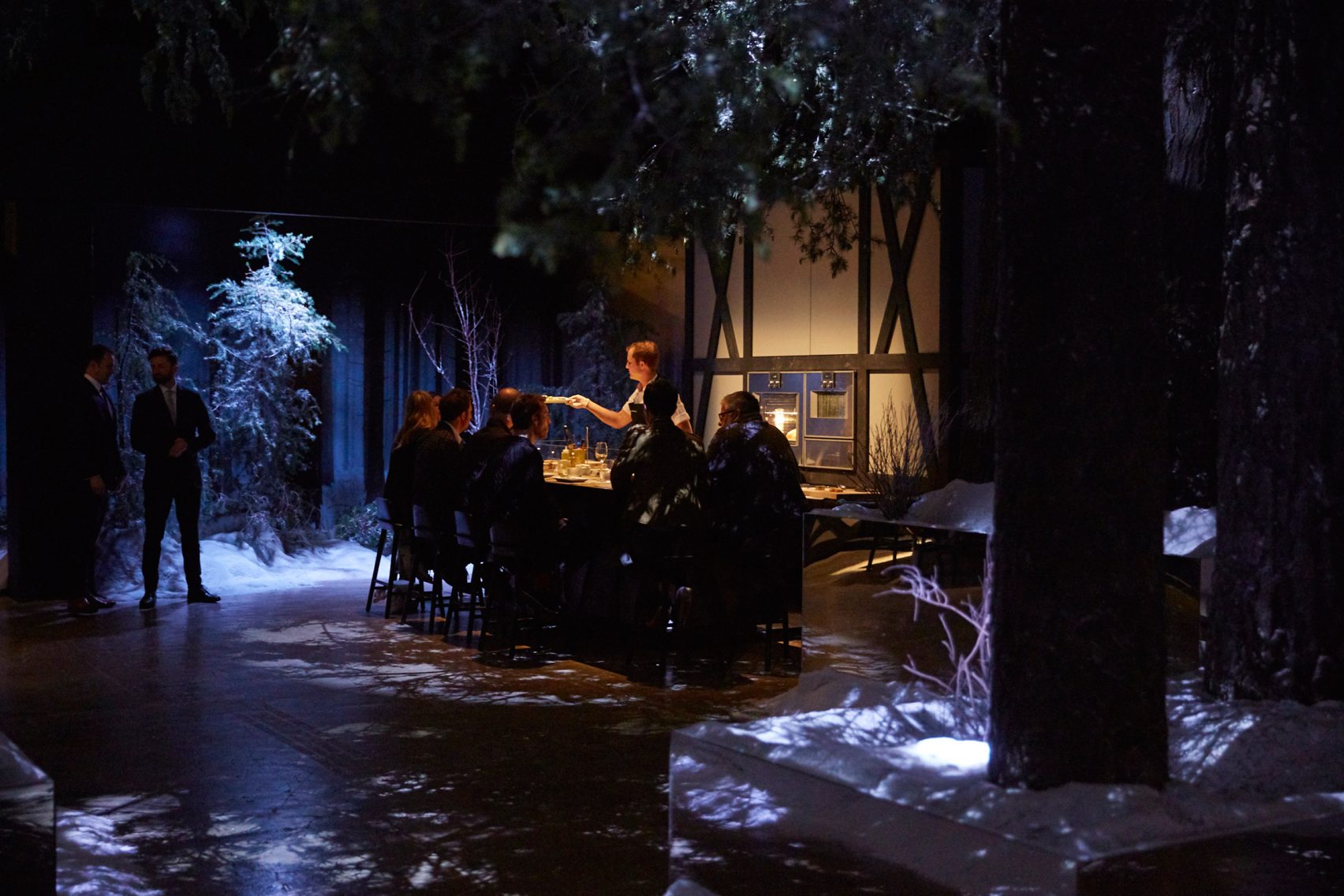 Not many brands live to to see their 333rd birthday, and in 2016, Gaggenau celebrated in fine form with a stunning pop-up restaurant in New York City’s Chelsea neighborhood. German designer Hendrik Müller transformed an art gallery into an immersive dining experience for 48 lucky guests, with fine cuisine crafted by three-Michelin-starred chef Daniel Humm of Eleven Madison Park, NoMad New York, and NoMad Los Angeles. In May 2018, the award-winning team reconvened, bringing the immersive installation to a warehouse in Los Angeles in even bigger and more dramatic form. 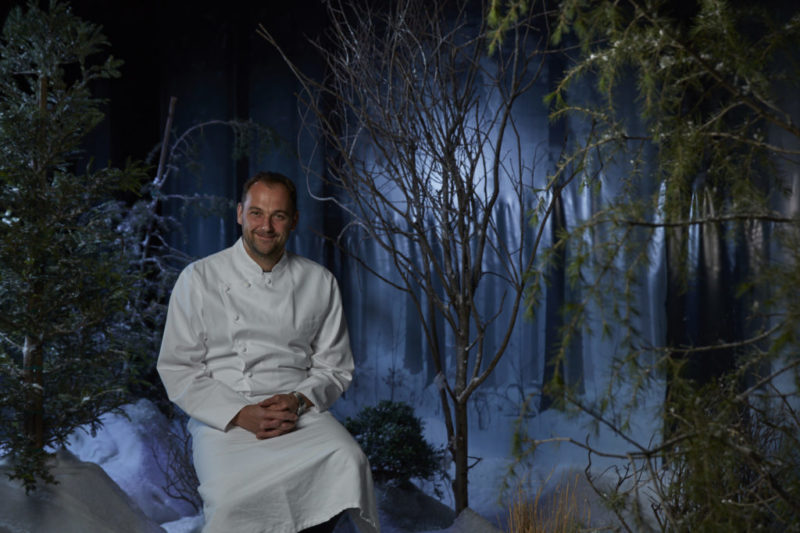 Named for the year of Gaggenau’s founding, Restaurant 1683 brings a little bit of Black Forest mystery to L.A.’s fashion district. Strategic lighting illuminates the branches of full-scale 22-foot trees glittering with faux snow, each one planted in a mirrored island for the effect of a winter forest glowing under the moon. Little wooden structures appear like houses in the background, offering intimate dining areas where guests can feast on spring garlic custard, foie gras, snails grilled with morel mushrooms and ramps, and chicken roasted with nettles and new potatoes.

Six of these stations are set within the black-painted space, each one manned by a crew with significant culinary credentials and outfitted with Gaggenau’s signature luxury kitchen appliances. An ambient soundtrack of running water and bird calls plays from between mosses and ferns as models in traditional dress act out the automated movements of a cuckoo clock. Though many parts of the installation were made in Germany and shipped to Los Angeles, others were constructed onsite by Hollywood set designers, like the hollow plywood trees coated in rubber bark.

Reservations to attend the three-night spectacle were auctioned off for Operation Smile, a charity benefitting children with cleft conditions. Though this iteration of the installation may be over, Restaurant 1683 will be back. Gaggenau says it plans to recreate the installation in new locations in the future.

“In 1683, shrouded deep in the mystery of the Black Forest, a single nail was drawn to a perfectly even taper, forging 333 years of luxury craftsmanship. Cultivating the abundant ore deposits of the Murgtal Valley, the ringing of hammer and wrought iron brought with it the dawn of the industrial age. Savored over three centuries, Gaggenau continues to create the finest luxury appliances in the world.” 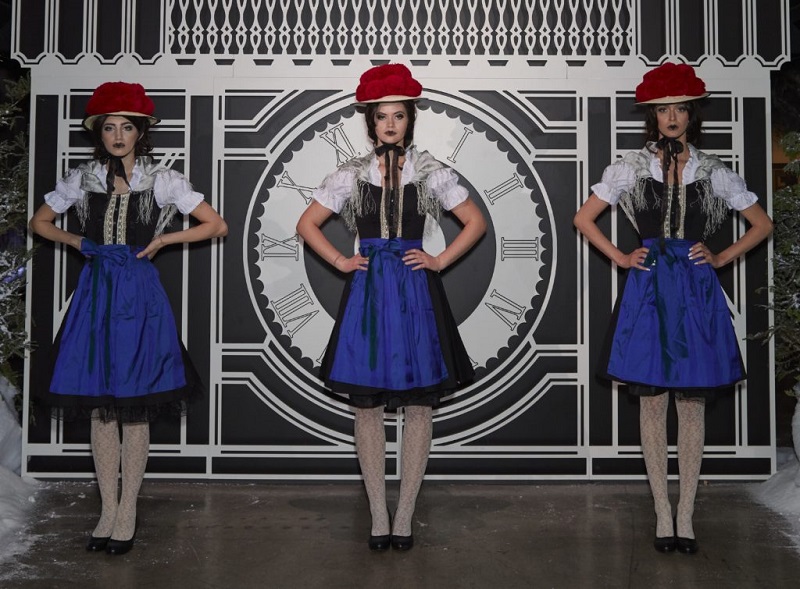 “Restaurant 1683 is a three-century journey, from hand-forged beginnings to the pinnacle of culinary luxury,” the company explains. “Greeted by an unprecedented legacy of innovation, guests are swept through the centuries with the sensorial exhilaration of a fully immersive culinary experience that reflects the precision only Gaggenau provides.”