There are some restaurants you frequent solely for the food, with no other expectations in mind, and some that offer a more engaging sensory experience. You wouldn’t expect candlelight and an impeccably suited maitre d’ at a place like Taco Bell, but the more avant-garde the cuisine — and the higher the prices — the more you’re likely to ask of the establishment. If you make a reservation at a high-end restaurant to celebrate a special occasion, impress a date, or woo a prospective client, what are your priorities going to be? Beautiful decor, attentive service, and thoughtfully plated food of the highest quality are the usual requirements, but for one Chinese designer, these standards don’t quite go far enough. 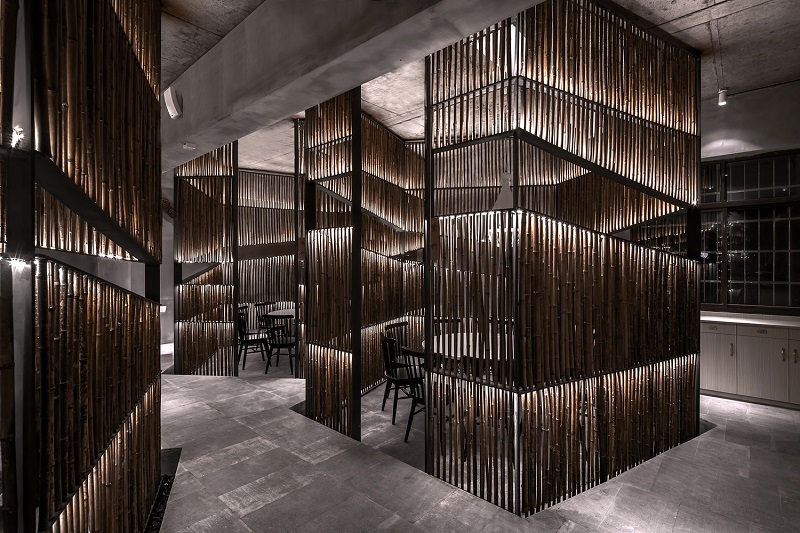 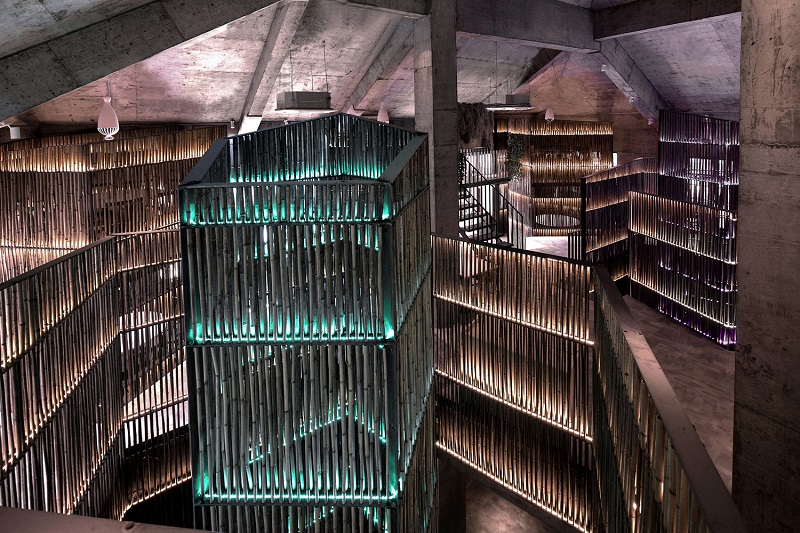 Given their intended purpose, it’s not too surprising that restaurants rarely deviate from the standard arrangement of several tables in a large, open room. This kind of layout allows servers and other employees to respond to diners’ needs at a glance. But according to Xu Xujun, the chief designer and creative director of Yiduan Shanghai Interior Design, that layout is also quite boring. His firm recently took on a project that aims to break the fine dining paradigm with poetic elegance and a nod to Chinese traditions.

Mr. Xu argues that there haven’t been any breakthroughs in the field of restaurant design for far too long a time. In pursuit of an innovative solution that wouldn’t just exceed diners’ expectations, but also engage their emotions, he envisioned a series of oversized bamboo baskets that would cradle guests in their own private rooms, allowing them to focus on the food and each other rather than the distractions of the environment around them. 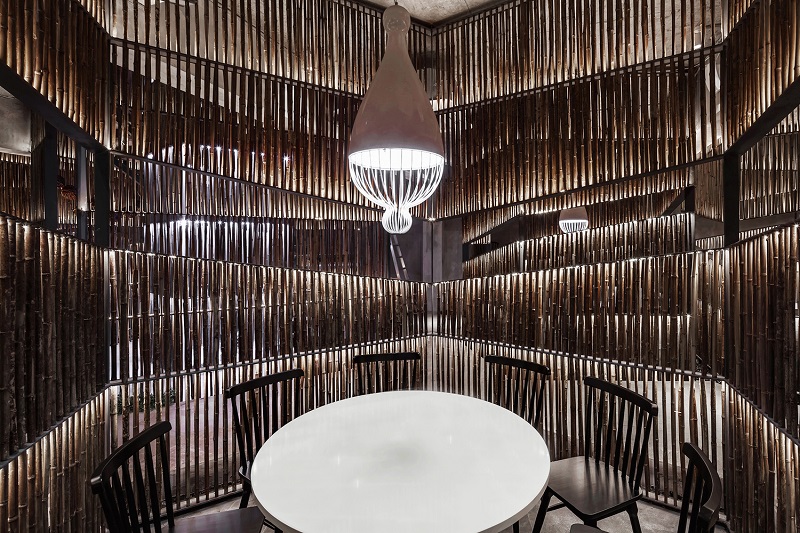 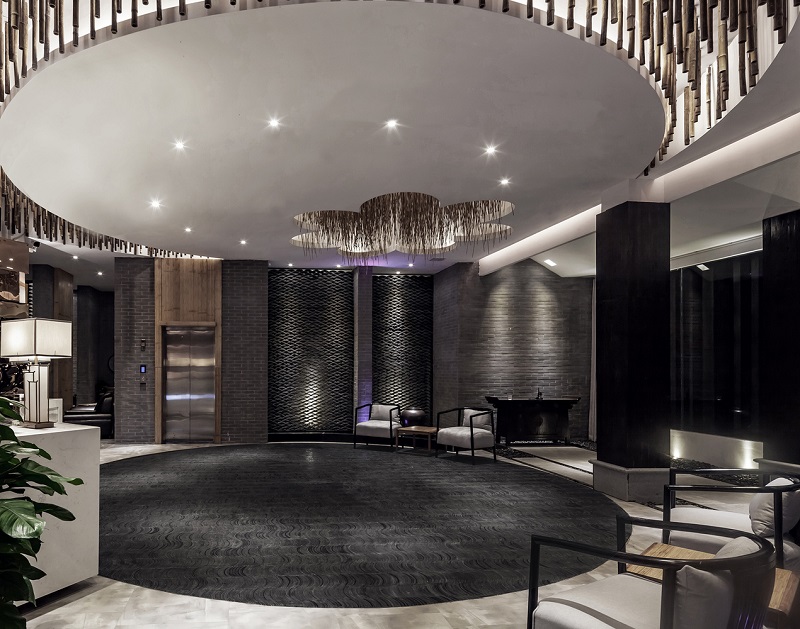 The result is “New Shandao Restaurant” in Fuzhou, Jiangxi, which was completed in 2017. Conceived of as a bamboo forest, the restaurant features multiple mezzanine levels of pentagonal bamboo structures in various sizes. Some of these bamboo booths enclose intimate tables for small parties, while others are able to accommodate larger groups. Not only does the chosen material transform the ambiance of the space, but it also lends it an unusual degree of privacy.

“Entering into the space, you will be shocked by the magical bamboo forest,” says Xu. “You will feel peaceful and refreshing in this space with a breath of nature.” 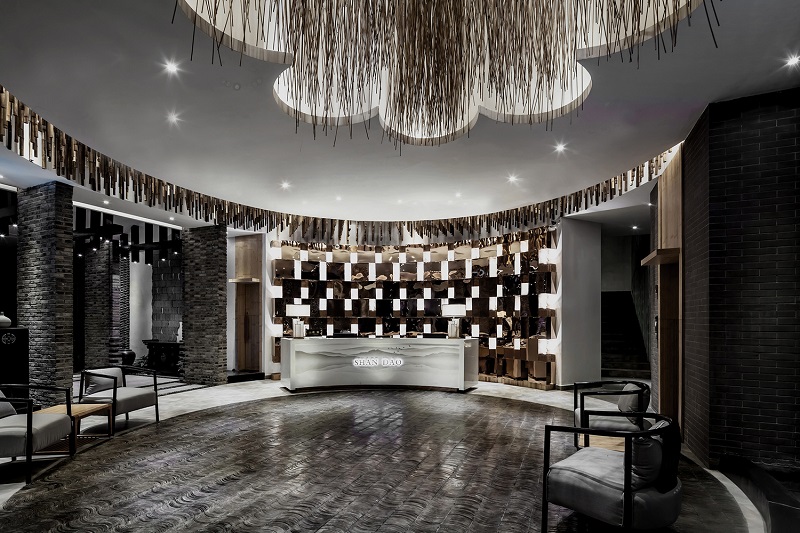 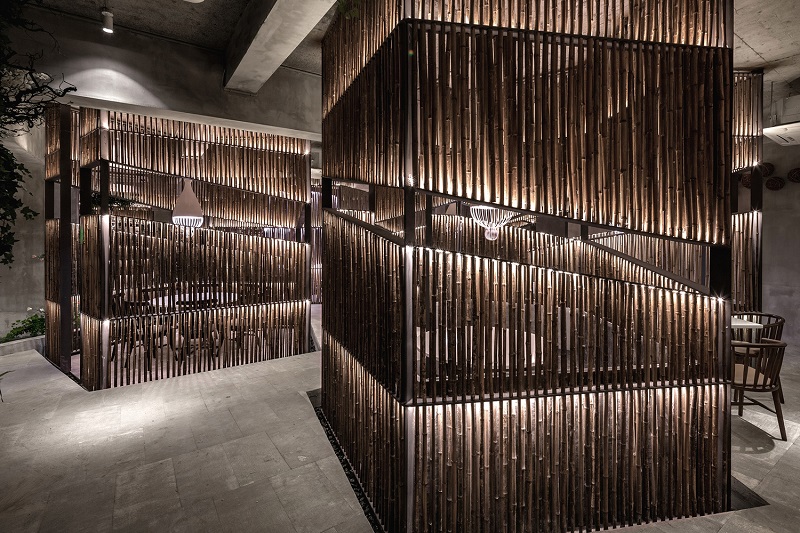 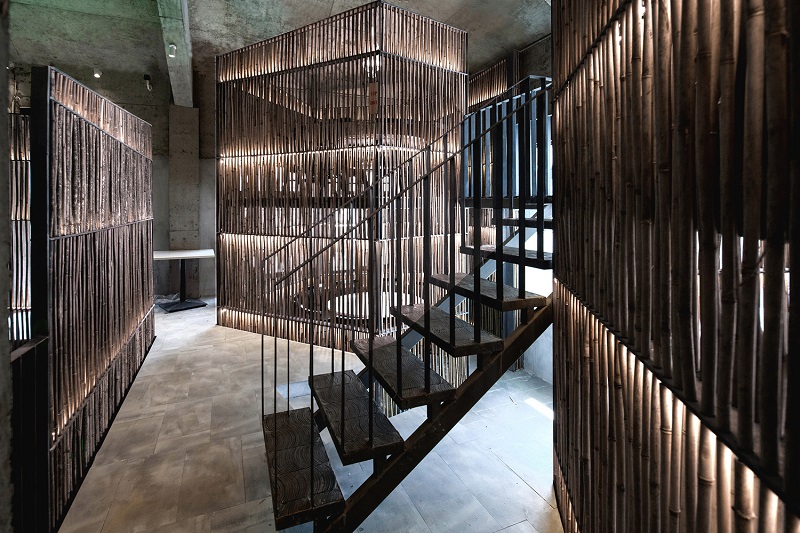 The project was particularly challenging given the nature of the building itself, which previously served as an office. The renovated restaurant takes up all four floors of the structure, with the lobby and kitchen on the first floor, a banquet hall on the second, private rooms on the third, and “social catering” on the fourth. While the interior design shifts from one level to the next, bamboo remains the unifying element, creating a sense of visual and thematic harmony from the exterior entrance all the way up to the top.

“The whole space is interpreted based on the internationally advocated eco-friendly concept,” says Xu. “It presents a sense of transparency while being winding and having partitions; it is private but not depressed, which is very different from traditional space division. The creative bamboo-basket-shaped dining area is the highlight of the design. The staircases and dining areas are all hidden in the bamboo baskets as if the whole restaurant is hidden in bamboo forests. The bamboo baskets let in light layer-by-layer, making the restaurant more graceful, natural, and simple, thus creating a space which returns to purity and simplicity.”