Another 365 days, another architectural alien landing in the gardens of London’s Serpentine Gallery. Each year, a world-renowned architect is invited to plan and erect a structure in the Kensington Gardens, on the doorstep of one of London’s most revered — and most secluded — art galleries. It is considered one of the highest honors in the architectural world to design the Serpentine Pavilion. This time, that distinction went to Diébédo Francis Kéré, the first African architect to have ever been awarded the task. Kéré’s design was inspired by the structures native to his home in Burkina Faso, West Africa and is meant to resemble a tree that provides shade and shelter for people gather under. 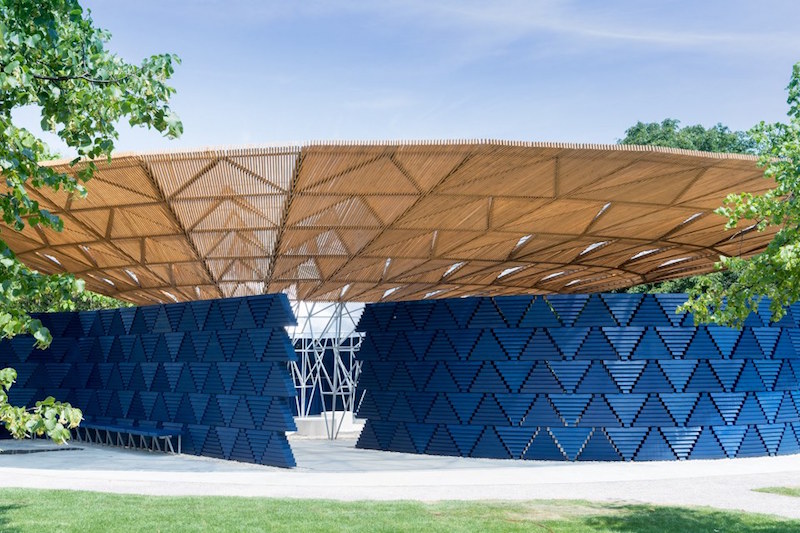 The structure consists of a circular roof that is held up by a group of slender metal trusses at its center, not unlike a tree and its trunk. The roof sails above a set of free-standing indigo walls that were built using wooden batons. These three partitions loosely enclose the space, curving underneath the timber canopy to form an oval that matches the shape of the concrete base they rest upon. The light tones of the roof slats above contrast with the darkness of the walls underneath, creating an interesting tension between the two different treatments of timber.

In the center of the roof, an open ring allows natural light to pool into the pavilion below. On a bright day, the roof’s supporting trusses blend into the sunlight and make the entire structure look like it’s floating. Some cylindrical seats have been placed around this central ring, allowing visitors to look up at the sky and take in the elements. Since the Serpentine Pavilion is typically used as a place for gathering, a lot of architects have taken it upon themselves to incorporate its natural surroundings into their designs. Kéré’s work is just one of many to have partaken in that tradition. 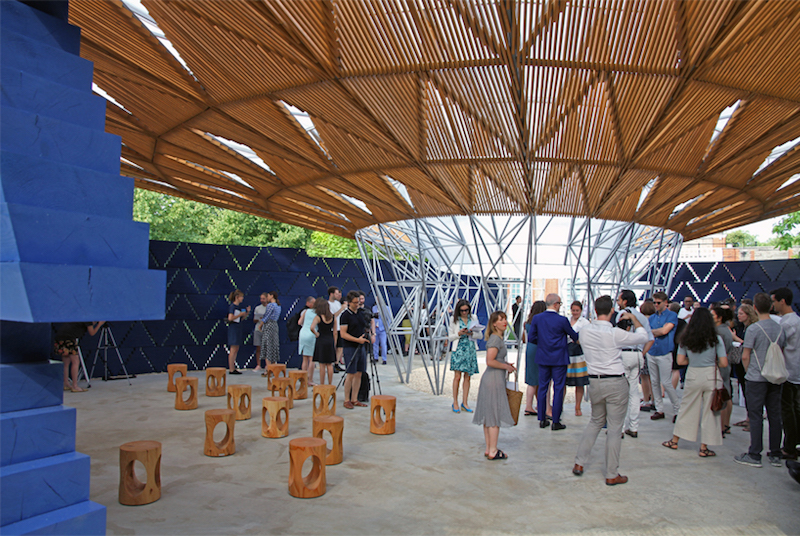 The structure’s aversion toward openness and light can be found in Kéré’s other architectural works, too. Nearly every aspect of the pavilion has a certain translucency to it, from the widely-spaced timber slats on its roof to the porousness of its surrounding walls. The color contrast at play in the pavilion is magnified by all of the light allowed inside. As the day goes by, the structure almost looks as if it’s changing shape, but it’s only a clever lighting trick. 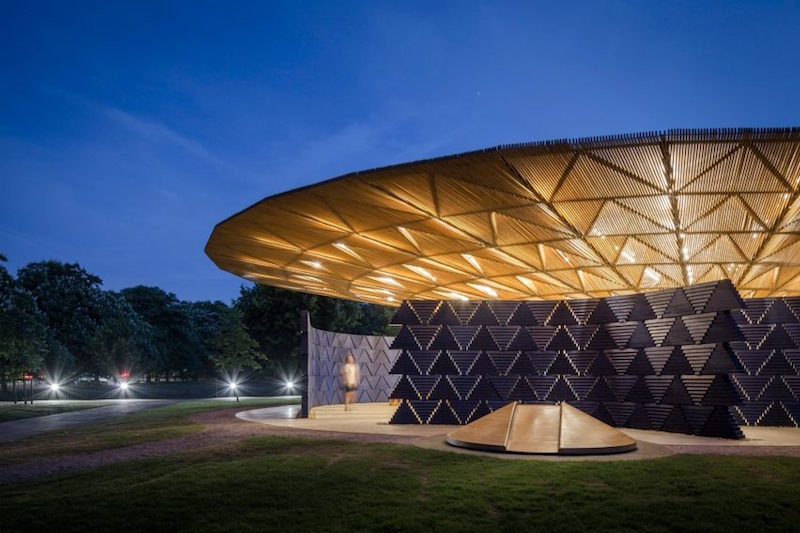 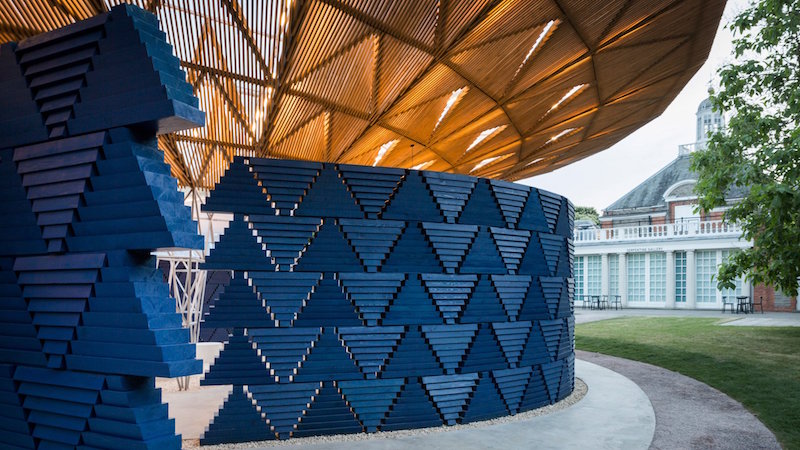 Kéré says that the blue used in his pavilion is the same color that young men in his village must wear when they go on their first dates. He explains, “In my culture blue is an important color. For a young man when you’re going to meet the dream of your life for the first time, you wear the best clothes you have. What I wanted to do here, I wanted to present myself, my architecture, in blue – it is a great place, and if you have the chance to do something like I did here you come with your best color, you show yourself from your best side. This is indigo blue.”