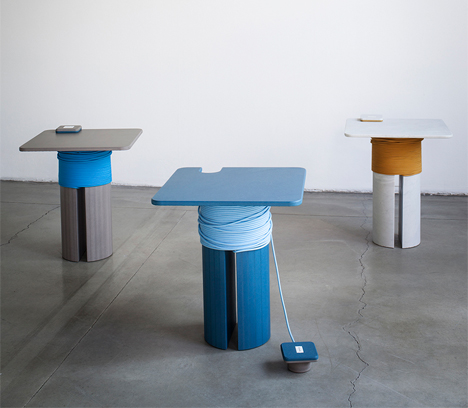 Furniture and technology often interact, but it isn’t entirely common to see the two integrated into one piece. Designers Claudio Larcher, Filippo Protasoni and Simone Simonelli, along with companies Odone Marmi and Lilea Design brought technology and furniture design together in a six-piece series they call Clique. 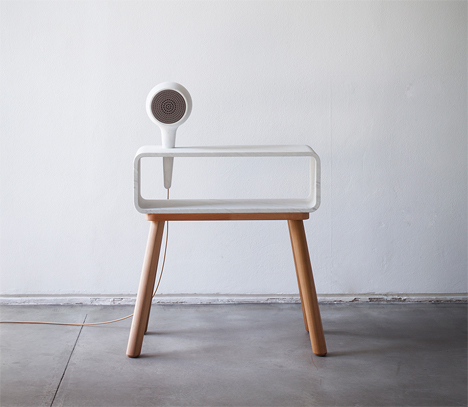 At the top of the page, Rochetto is a table that has a removable power strip. The power strip can be moved far away from the table thanks to the long cord which wraps around the base of the table. Just above is Echo, a small table with an integrated bookshelf that also includes a Bluetooth speaker made of marble that looks a lot like the iconic Apple earbud. 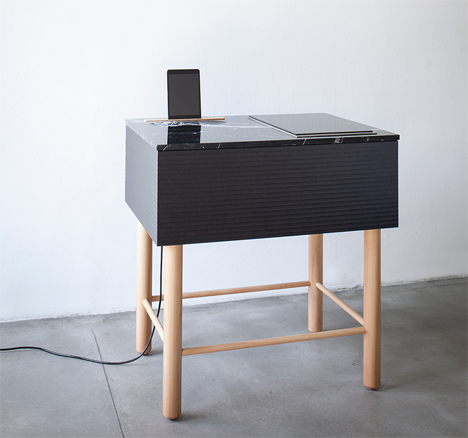 This lovely tiny kitchen is known simply as K. Its top includes an induction cooking surface and a dock which holds and charges your tablet as you cook, letting you use the computer for entertainment or looking up recipes. 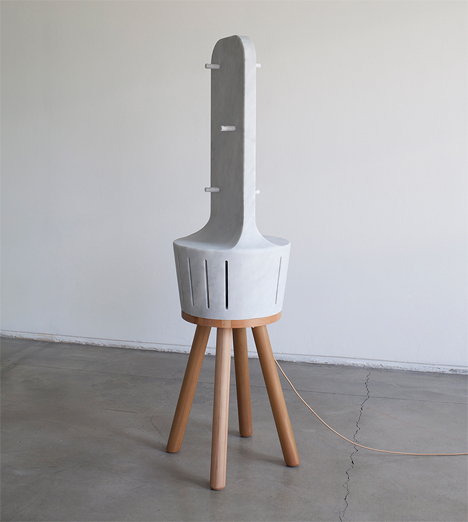 Heatty is a fun fan heater made of marble; its top features a series of pegs, presumably for hanging up coats, bags, or maybe even wet clothing that the Heatty can dry. 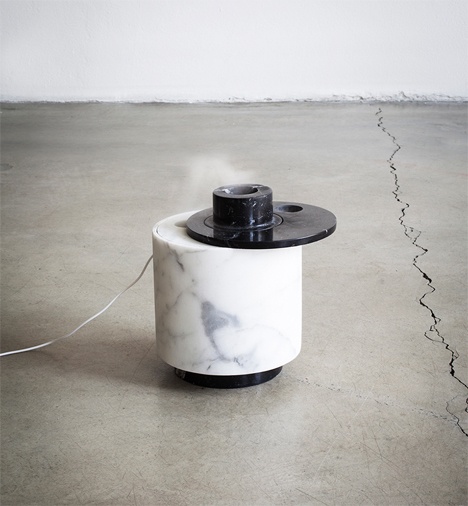 Crimmy looks kind of like a sauna heater, but it is actually an ultrasonic humidifier. The marble body of the humidifier adds a definite touch of classiness to the piece, making it look like an upscale table rather than a home appliance. 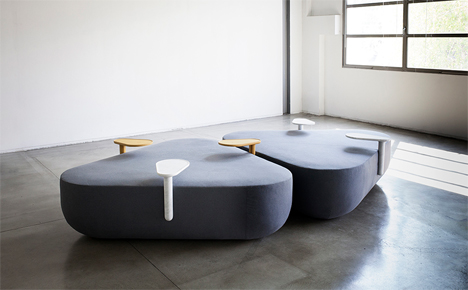 Continue reading below
Our Featured Videos
Refill is an interesting part of this furniture series. It is meant as seating for public places, such as doctor’s waiting rooms. The large cushioned seating areas are complemented by several trays that double as wireless chargers.