In 2016, the Estonian design company Kodasema unveiled KODA: an innovative, compact prefabricated house. A lot like the architectural equivalent of ready-to-assemble furniture, this freestanding self-build home can be erected and disassembled repeatedly at its owner’s convenience. This June, it was announced that a KODA would be placed in the BRE Innovation Park in Watford, England as part of a collaboration between BRE and the Estonian embassy. The park is known for housing prototypes and demonstration buildings that display innovation in the fields of material engineering, design, and technology and address the developmental challenges faced by cities around the globe. 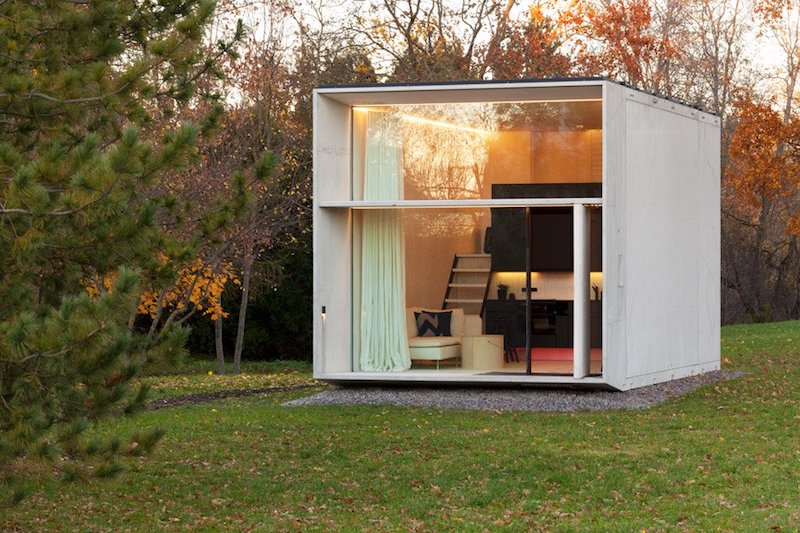 KODA is a 25-square meter block that boasts an open-plan living area and a mezzanine bedroom. The home’s facade has been glazed to allow plenty of natural light in and to provide its residents with an uninterrupted view of the world outside. The KODA has also been built with sustainability in mind, featuring a set of rooftop-mounted solar panels that generate even more energy than the prefab requires. Inside, the home has been equipped with smart LED lighting, alarms, and climate control. Vacuum-insulated concrete walls help retain heat in the winter, cool things down in the summer, and keep out noise all year long. For around £150,000, or $195,000, you can have a KODA of your own delivered to you. By 2018, the company hopes to release a stackable version of the prefab, meaning we might start seeing some modular villages pop up in the next few years! 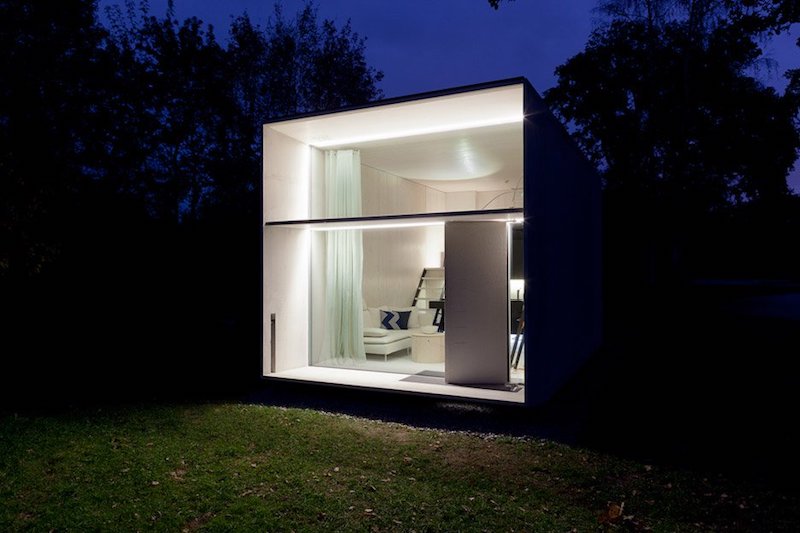 KODA recently won the WAN Urban Challenge 2017, a competition that asked entrants from 18 countries to address London’s deepening housing crisis in an original, innovative, and sustainable way. In 2015, Lord Kerslake, the chair of the London Housing Commission, said: “our inability to build enough homes to meet the country’s needs is one of the biggest public policy failures over 50 years.” The commission was established to come up with “radical” new construction solutions and help the mayor boost housing supply and tackle affordability issues. 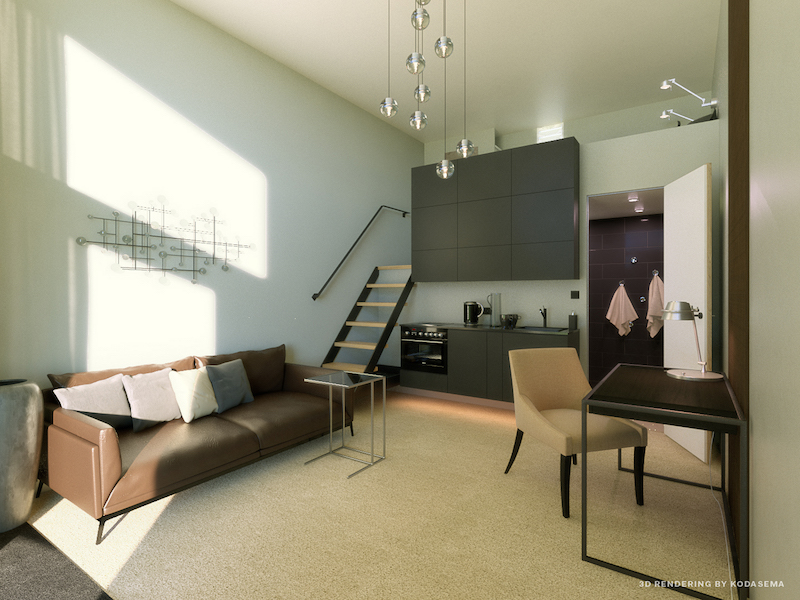 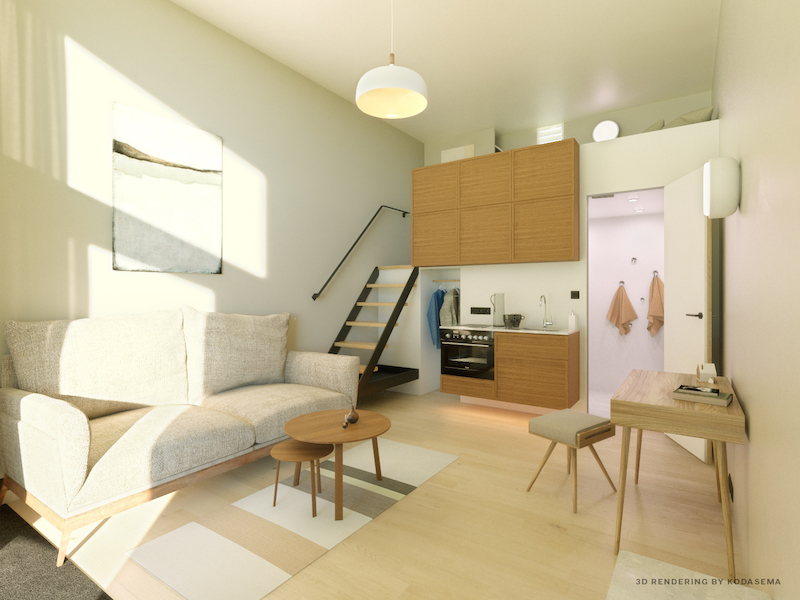 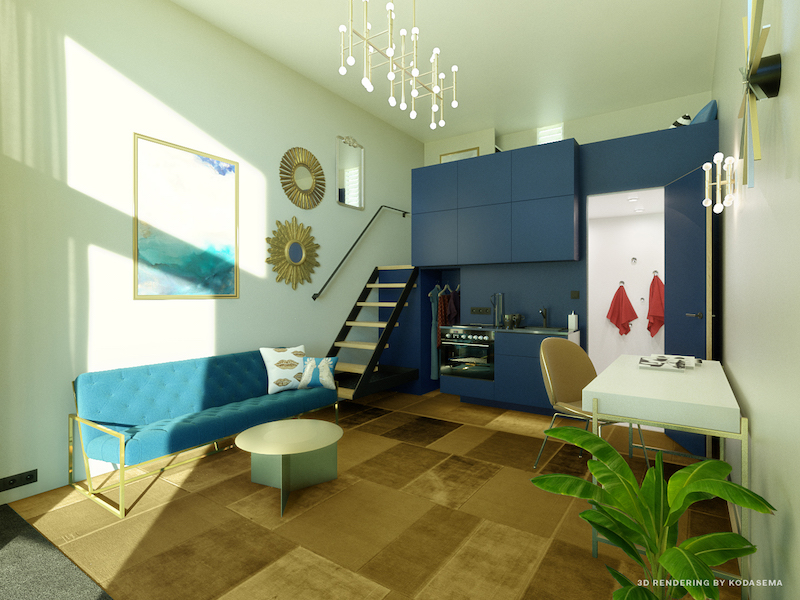 After World War II, a lot of the British villages that had been devastated by bombings were temporarily rebuilt using prefabricated homes. Though they were only expected to last for about 10 years, a lot of these dwellings have stood the test of time. KODA follows in the footsteps of these earlier attempts to address the UK’s chronic housing shortage, but its portability makes it easier to set up and reposition in temporary settings. 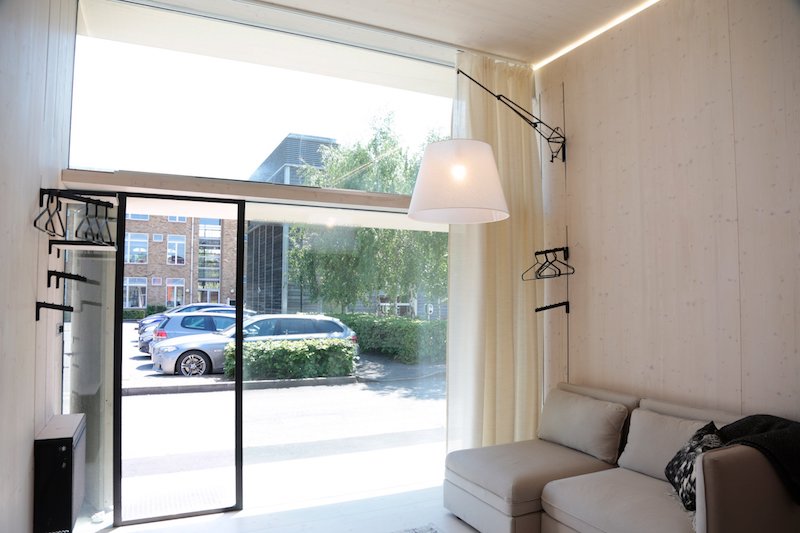 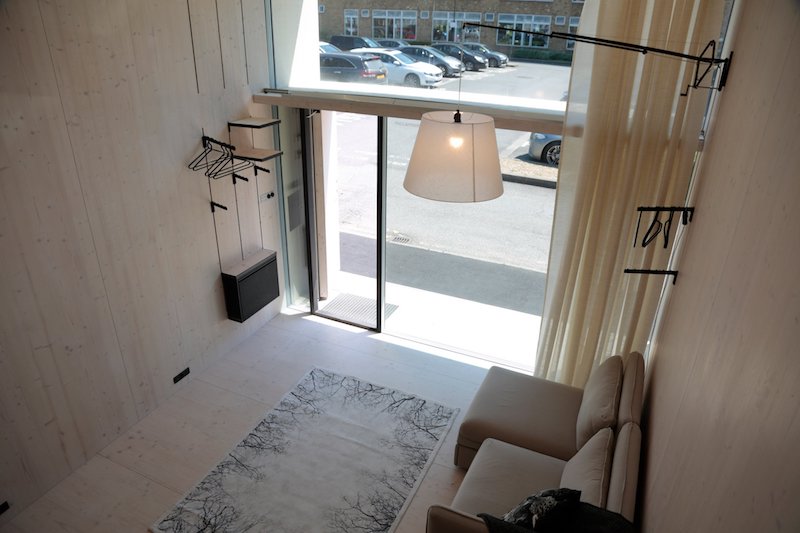 KODA is delivered to the site of the owner’s choice via truck and assembled from a set of factory-made parts in less than seven hours. This small and stylish home can be re-sited and resold whenever it has to be, and it’s ideal for use on land with a temporary occupancy permit. Plus, the KODA is extremely versatile. Use it as an office, vacation home, classroom, studio, or workshop! With any luck, this little unit will also bring attention to the need for housing reform in places like the UK capital and eventually improve the lives of displaced people everywhere.