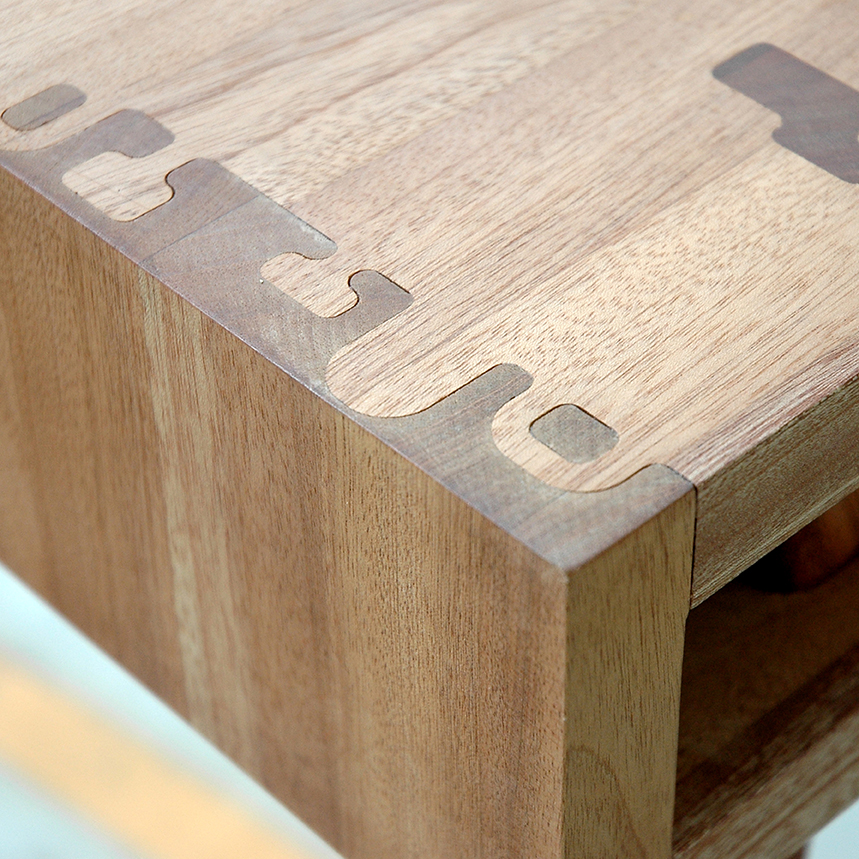 We get so used to seeing the same patterns over and over again, it becomes easy to forget how flexible the idea of a joint really is – particularly with new computer-driven cutting technologies. 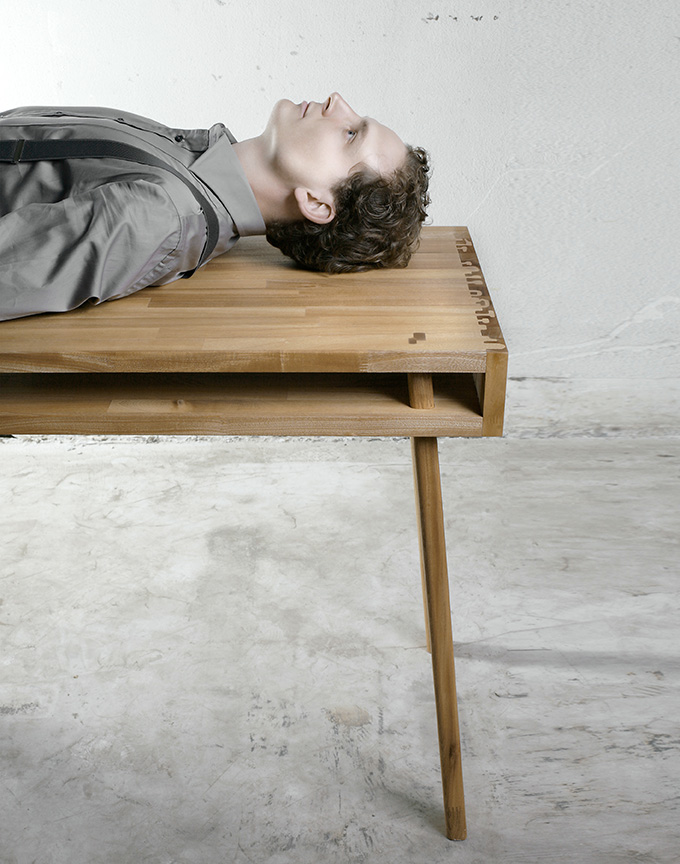 This work by Ontwerp Duo is all about connections – while well-crafted and nicely-proportioned, the joints are what set it apart and strike the viewer from a distance, pushing the potential of new modes of construction to re-address old bespoke conventions.

This is a level of craftsmanship you rarely see these days, especially in modern furniture. It’s reminiscent of the kind of intricate joinery you often see in traditional Japanese woodworking. 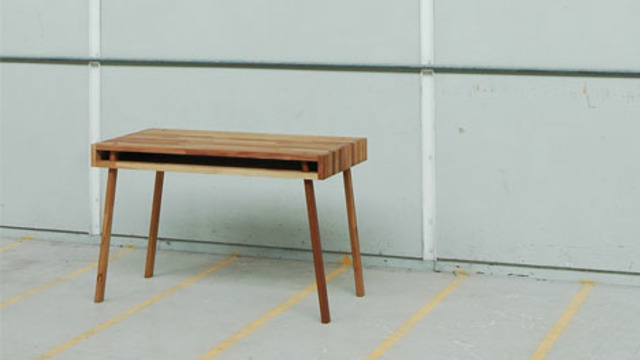 “Wood joinery is functional. In the past the joinery was all made by hand. For this it was kept relatively simple. With the present day machines it is possible to make these joints faster and more accurate. Joinery made in this way is decorative as well as functional.” 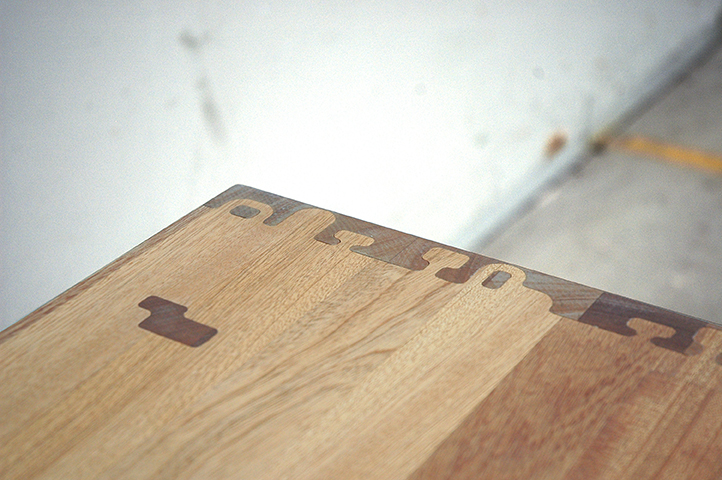 “The result is a desk completely made with a CNC Router. With the joints as the decorative element in it. The desk is designed to show the joinery and give it prominent place, it is an example of how this idea of joinery can be implemented in many different ways.”

“Wood Joints – for example, between the table top and the legs – are functional. They used to be made by hand, the shape was determined by the manufacturability. With the introduction of new techniques and machines, there is much more possible, but it still uses the basic functional joints such as the dovetail joint. Nathan designed a small change in the shape of the joint, wereby the joints besides functional also becomes decorative.”

“Because they are now being produced by machines, it is possible to make the shapes more complex, while it doesn’t cost more effort or material during the manufacturing process.”