In September 2017, Hurricane Maria wreaked havoc upon Puerto Rico, destroying thousands of buildings and damaging the El Portal Visitor’s Center. As the gateway to the only tropical rainforest in the United States National Forest System, the 29,000-acre El Yunque National Forest, El Portal was a significant hub where tourists and locals alike could take in the beauty of the landscape. The center was forced to close for nearly five years to undergo major repairs, and the U.S. Forest Service took that opportunity to give it a total design refresh led by the San Juan-based architecture and design firm Marvel. 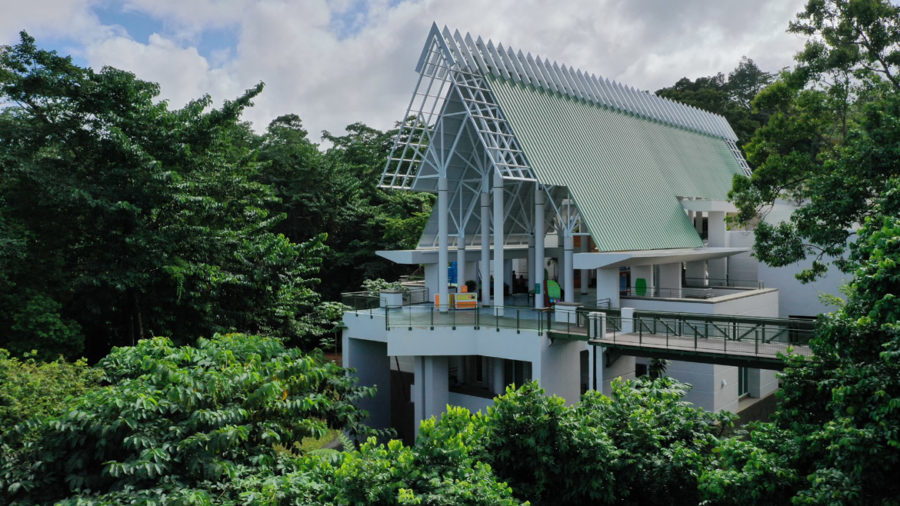 The original center, designed by Sierra Cardona & Ferrer and located within the northeastern Río Grande municipality, opened in 1996. Over 30 years later, it was looking a little worse for wear, even before the Category 5 hurricane touched down. Marvel won a competition to redesign the facility with sustainability in mind, implementing features like solar power, rainwater harvesting, passive ventilation, and other strategies to meet LEED Silver certification. Reconstruction began in 2019 and was completed in late 2021.

“Our challenge for this project was to envision a refreshed design that would respect and harmonize with the beautiful natural surroundings of El Yunque, integrate environmental sustainability factors, and build upon the previous structure,” explained Marvel in a statement. “El Portal is an integral part of one of Puerto Rico’s biggest tourist attractions and, as such, it is an iconic destination. Playing a role in assuring its longevity and ability to remain accessible to both residents and visitors, all while preserving this fragile natural ecosystem in perpetuity, was critical in our decision to take on this project.” 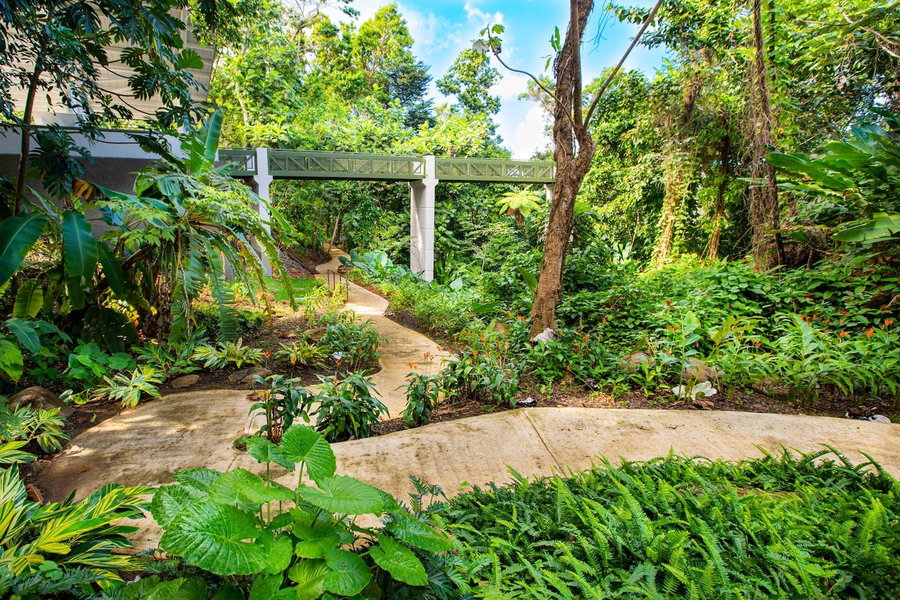 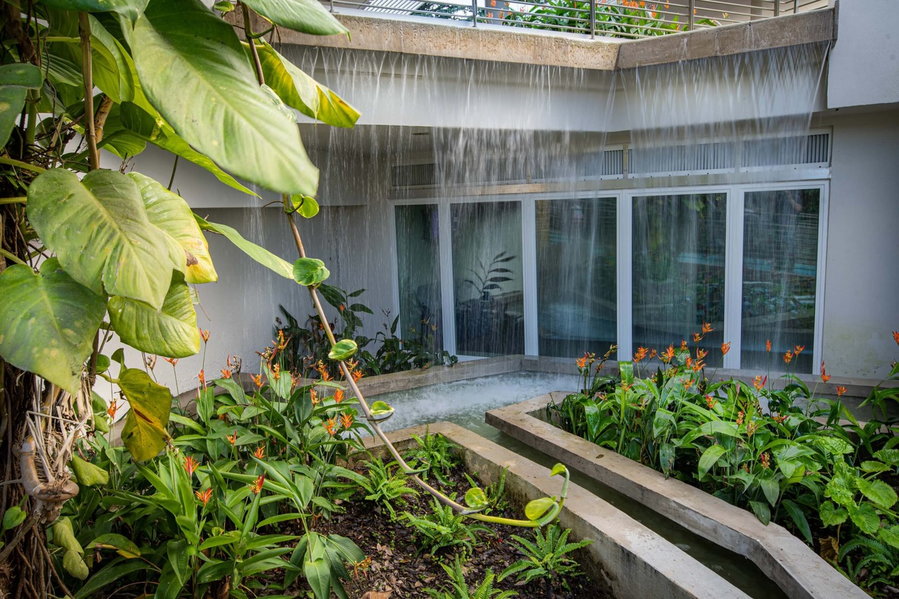 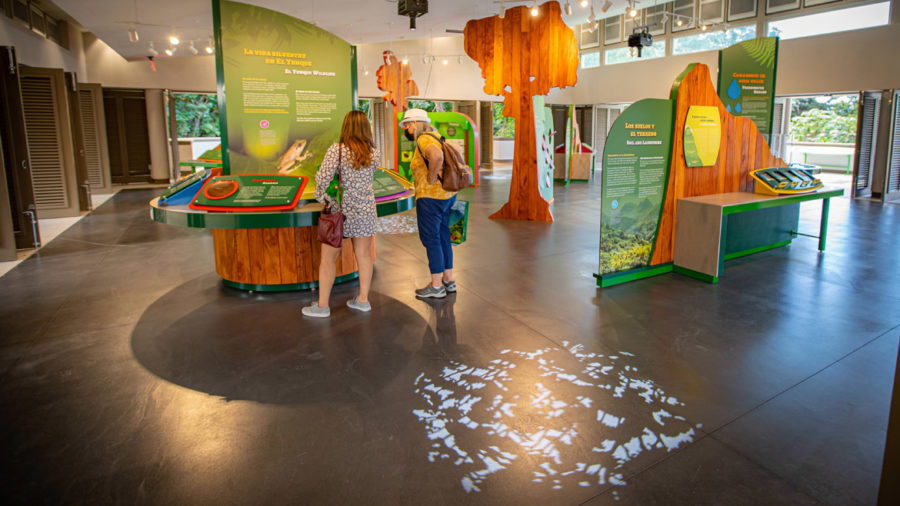 Marvel modified elements of the original El Portal facility, including the main visitor hall and upper courtyard, while adding a new entry plaza, gardens, interpretive exhibits by Split Rock Studios, and a café with a commercial kitchen. Mahogany trees that came crashing down in the storm were transformed into new furniture and signage, and works by local artists were brought in to add color and character.

The studio also designed a new wheelchair-accessible trail for the El Yunque rainforest, which is home to over 200 species of plants as well as petroglyphs made by the indigenous Taíno people. Thankfully, the forest itself is rebounding from the damage it experienced in the storm, and the newly redesigned El Portal Visitor’s Center will serve as a beautiful reintroduction to its wonders. The rebuilding process has also included studies by climate scientists and ecologists that will help predict how similar ecosystems could change in the face of severe weather in the future. 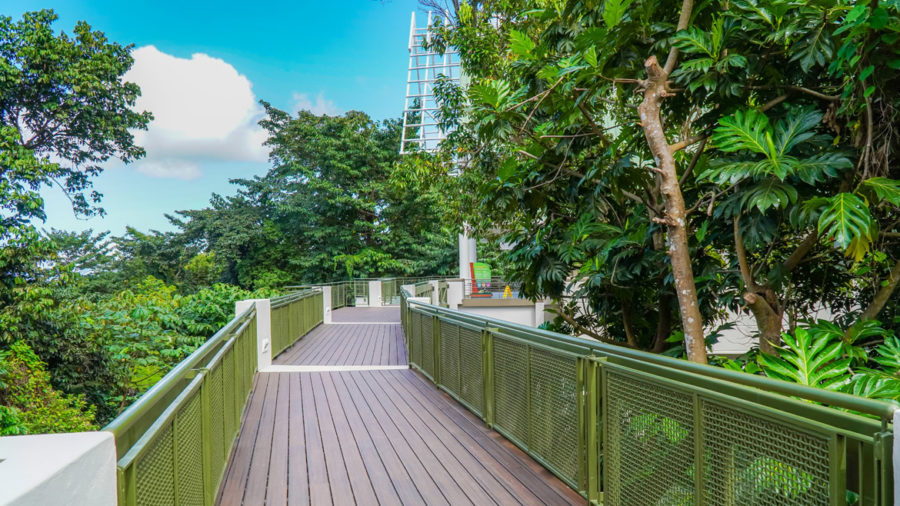 El Portal is one of many recent post-hurricane rebuilding projects completed by Marvel, including the creation of new solar power hubs throughout the country. Founder Jonathon Marvel, who was born in Puerto Rico, is one of the founders of Resilient Power Puerto Rico, a nonprofit that aims to reduce reliance on the the island nation’s vulnerable electrical grid through the use of renewable energy. 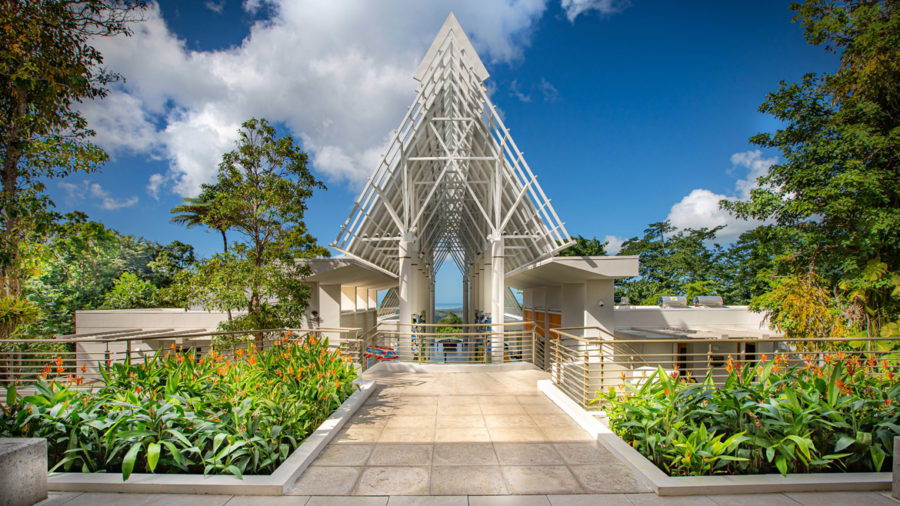 “Marvel seeks to promote initiatives and tackle construction projects that favor sustainability and resilience,” says Edna Echandi Guzmán, AIA, Director of Marvel’s Puerto Rico office. “The renovation of El Portal exemplifies our philosophy, and we are proud to be a part of this historic and significant project for Puerto Rico.”