When 3D printing first came into being, it resided very much in the realm of experimental laboratories and research institutes. But as with everything, once a new technology is around long enough, it eventually becomes accessible to the masses. Now, a new Kickstarter campaign to fund one of the world’s first home 3D printers has more than tripled its goal of $50,000 within the first half-hour of launching.

At the time of writing, the cute new mobile 3D printer CubiBot had pledges totaling an incredible $399,901, nearly six times the original target! Clearly, the San Diego-based designers of CubiBot have struck a chord with those who not only want the innovation and excitement of 3D printing in their homes and offices, but who are also won over by the apparent simplicity that this model offers them. CubiBot was also selected as part of the “Top 50 Startups” from a pool of 6000 at Startup Grind SF.

Developed by an engineer/software designer and his father in a garage in San Diego, California, CubiBot has finally come to life after more than two years in the making. The father and son duo wanted to create a 3D printer that was accessible to all by making a safe, portable, easy-to-use and, perhaps most importantly, affordable, model that could be understood by both kids and adults.

CubiBot has an appealing design that’s retro and contemporary at the same time. As its name would suggest, it’s cubic in form, with a glazed panel at the front so you can see your projects being printed in real time. The same panel then opens so you can remove the object as soon as it’s completed. The printer has wireless connectivity and can be paired with a Mac or PC — or with an app on Android or iOS. 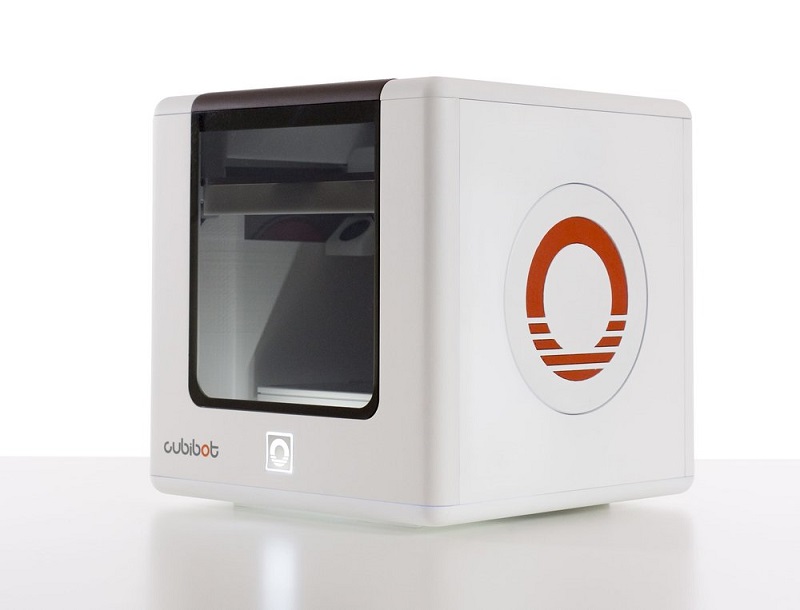 Currently, the CubiBot only exists as a functional prototype, which is where the Kickstarter campaign comes in. With the target money, the developers intend to make CubiBot retail ready, and it already looks like it’s in a good position to take over the market, especially when you compare its price to that of existing 3D printers. The CubiBot would retail at $299, while the MakerBot Replicator mini, a slightly larger model, would go for $1,299. The similarly-sized M3D Pro model will start at $749.

CubiBot employs a heat pad system, which ensures a smooth printing process and also boasts a self-leveling function that takes the hassle out of manually setting up the platform on which your object will print. It’s also safer than other printers thanks to a proprietory ventilation system that extracts heat from the CubiBot and prevents it from overheating during the printing process. 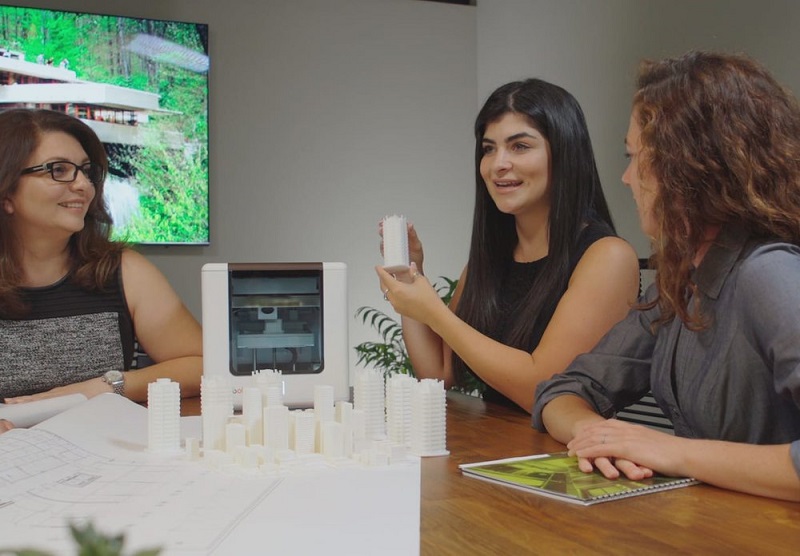 Simple display features let you know what stage of the printing process CubiBot is at, as well as when the ink needs to be replaced, etc. It’s compatible with a number of materials, including ABS, PLA, wood filaments, and nylon, and the company eventually aims to sell some of these materials alongside the printer itself, making life even easier for the user. The CubiBot comes in white or black casing, and its side spools are available in a range of different colors so they can best complement your home or office decor. CubiBot is ideal for families, kids looking to get school projects done, and architects and designers who want to make models in their offices.