For 40 years, neighbors of the modest Victorian home at 121 Mortimer Street in the Hackney neighborhood of London heard strange noises coming from underground, watching piles of rubble build up in the yard. All the while, the home fell into slow ruin; its paint peeled and its walls began to crumble. Finally, in 2006, the roof caved in, and the city council acted upon decades of complaints, confirming the neighbor’s suspicions. Longtime resident William Lyttle had built a vast network of illegal subterranean tunnels so deep, they hit the water table. 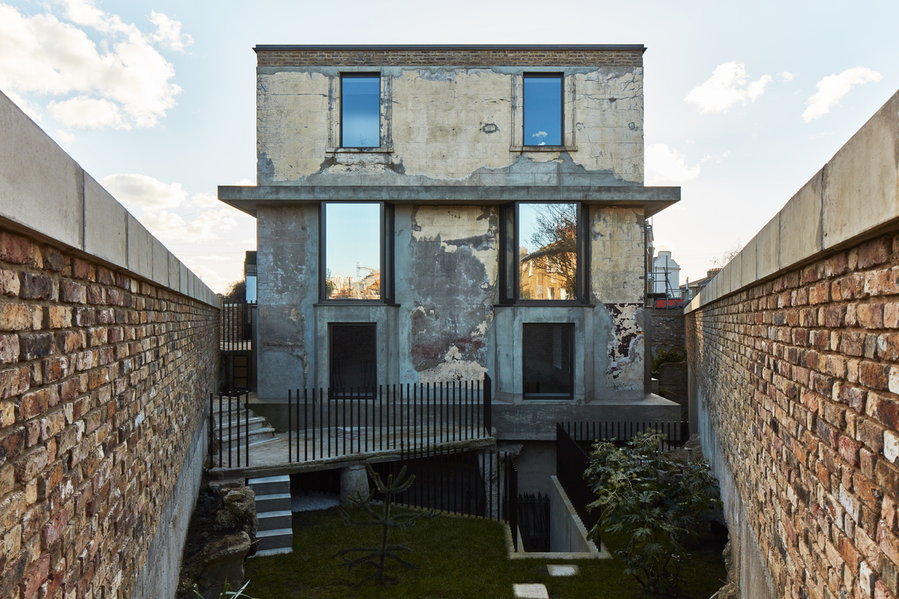 Bringing in ultrasound scanners, the council learned that the tunnels spread out over 65 feet in every direction, right beneath neighboring houses, and one even leading to the rail line. Lyttle, a retired engineer who became known in the press as “The Hackney Mole Man,” was evicted, and the city filled most of the tunnel system with aerated concrete to stabilize the ground, noting that it was a wonder a bus hadn’t fallen right through the street. Lyttle was moved to council housing, where he tried to dig through the floor of his apartment before dying in 2010. 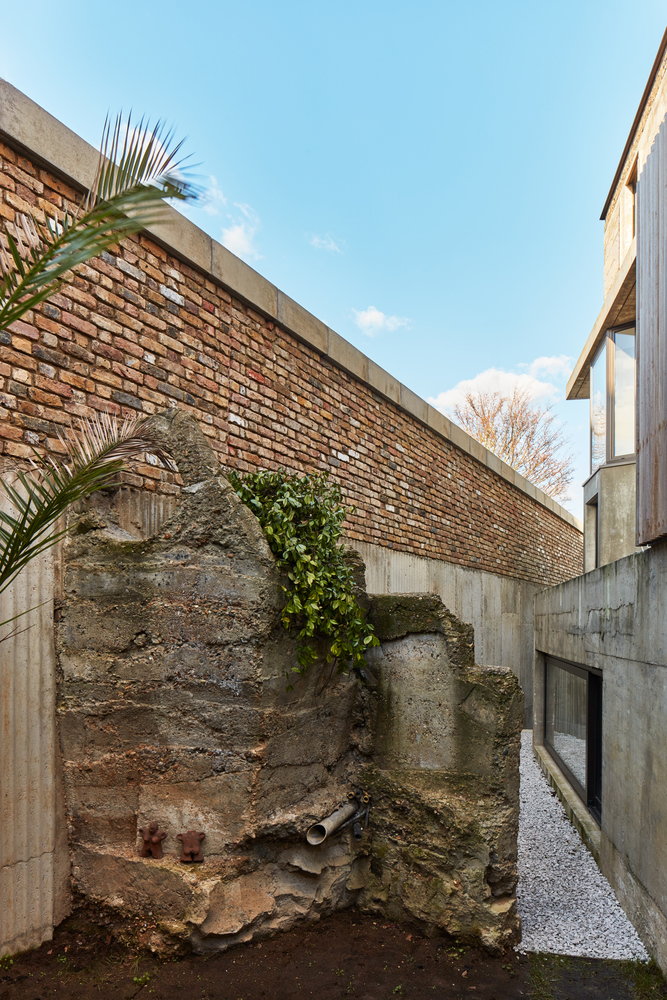 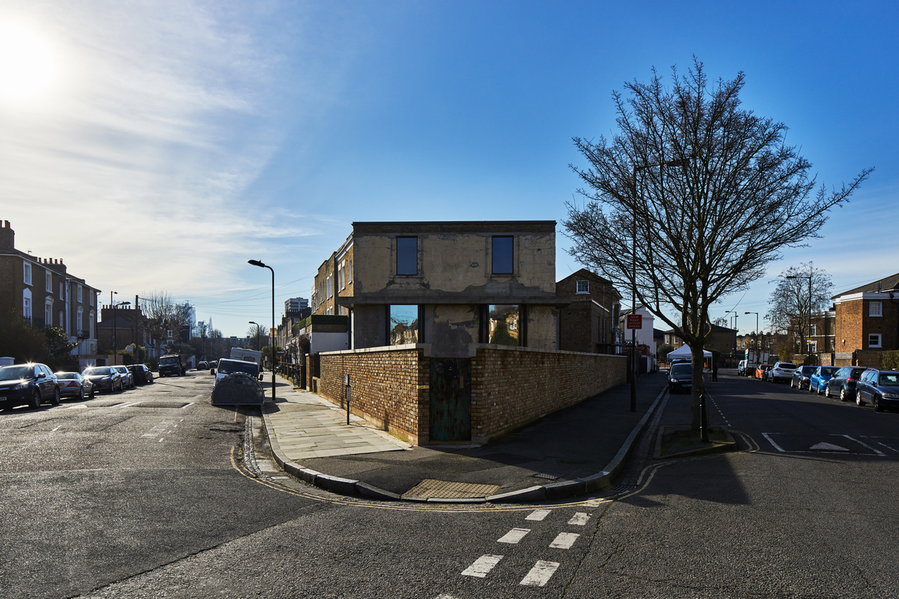 The home was abandoned until 2012, when it sold at auction to British artist Sue Webster. She was fascinated by its bizarre history and found the shabby exterior charming. The process of cleaning it out was arduous, to say the least. Incredibly, among the 300 dumpster loads of junk unearthed from the home were three cars and a boat. Webster then hired architect David Adjaye to transform it into her own home and studio while preserving as much of its history as they could. They dug out 2,000 tons of the city council’s aerated concrete to create a basement level in tribute to the home’s subterranean history and creatively repurposed some of the junk, like a set of “stairs to nowhere” that became a terrace. 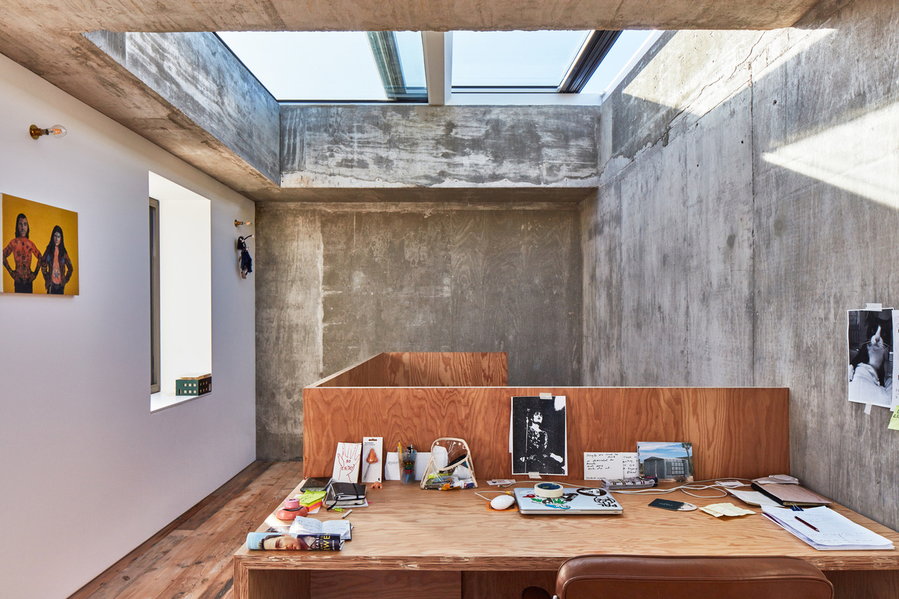 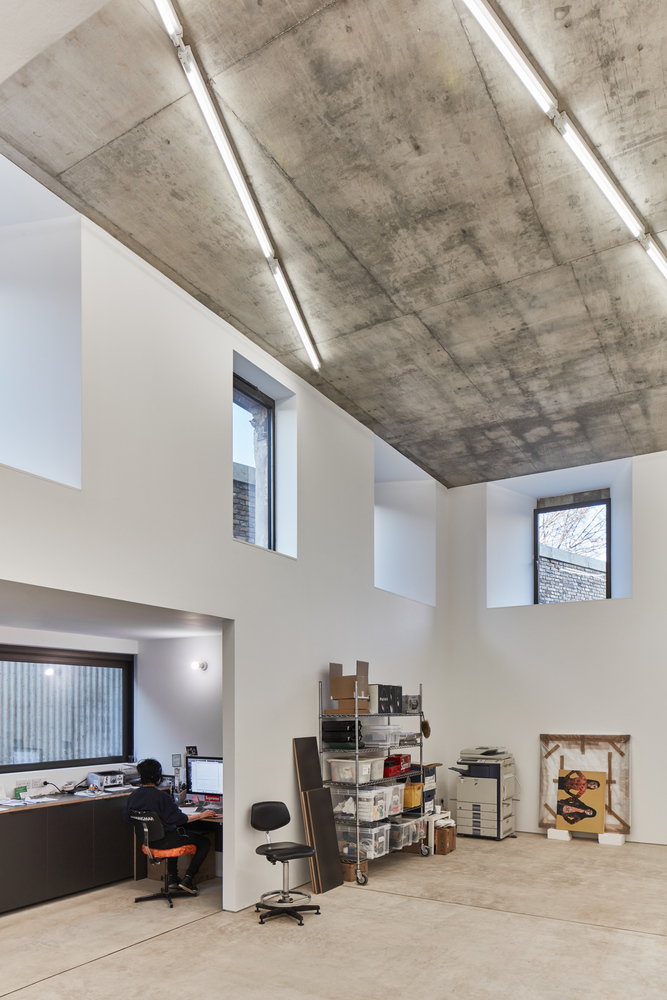 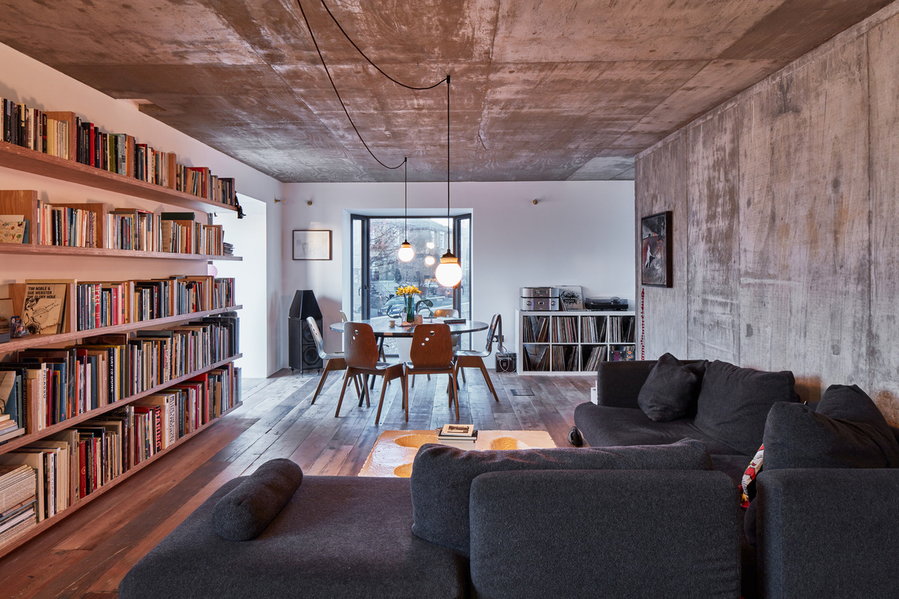 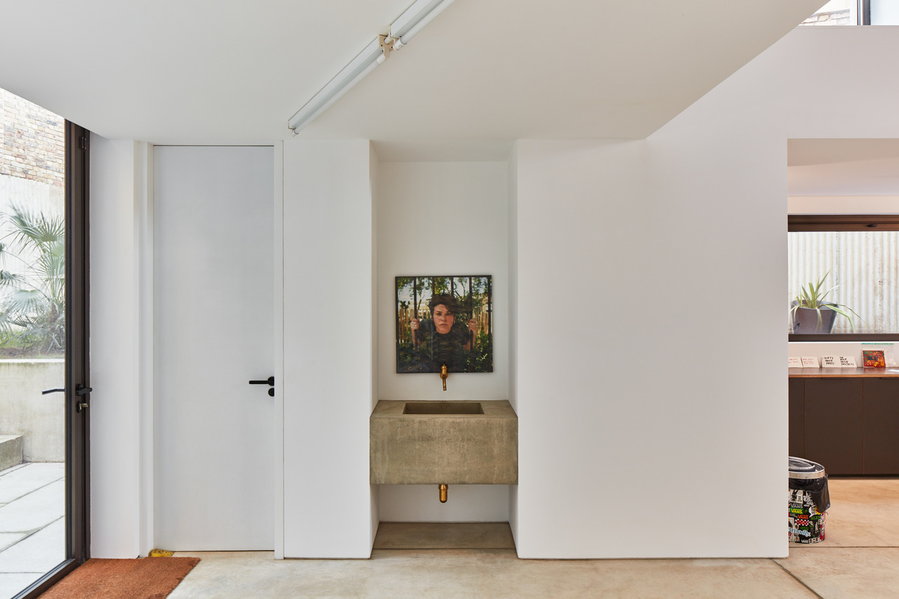 Adjaye says the design was borne “from an archaeological exercise, a gradual reveal of time through the process of excavation.” The newly reconfigured interiors have an open plan surrounded by a sunken landscaped garden along the perimeter. Multiple entrances on different levels reveal the locations of some of the former tunnels, aiming to preserve the feeling of discovery as you walk. The contrast of old and new, high and low can be found in every space. Wood formwork left organic imprints on all the concrete walls and ceilings, complementing the salvaged wood flooring and built-in plywood cabinetry. Webster has also filled the home with things like salvaged industrial details, artwork, modern furniture, and plants. 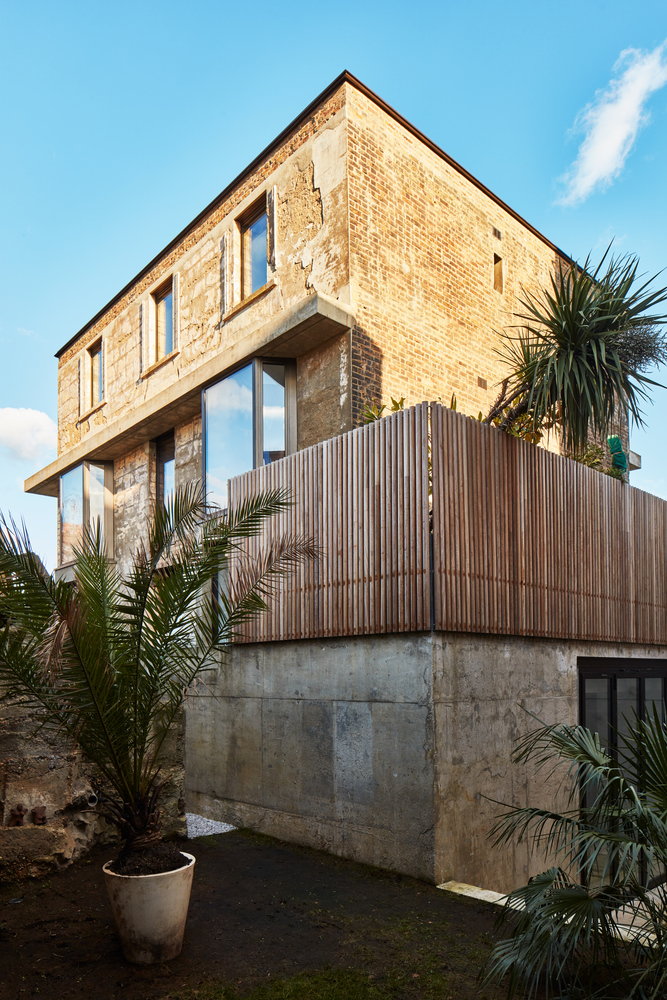 Outside, Webster wanted to maintain the building’s “derelict bunker-like appearance,” so Adjaye reconstructed the masonry facade with 15,000 reclaimed London bricks while adding large windows bordered by patinated bronze. Touches like these help it retain its its sense of timeworn history and curiosity. One wonders what Lyttle would think of it now, but it certainly seems like it fell into the right hands. Instead of being demolished by a developer and paved over with a new cookie-cutter project, it’s been given new life by someone willing to steward its spirit of wonder and adventure.