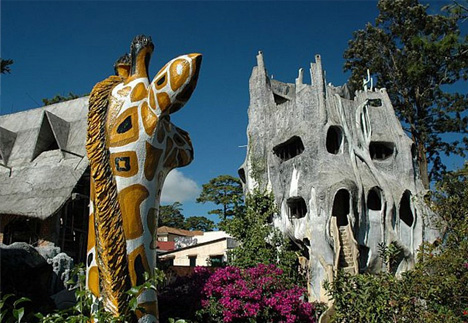 It would be out of place anywhere, but in Vietnam the ‘Crazy House’ seems even stranger somehow … set, as it is, against the backdrop of a relatively ordinary neighborhood in a relatively typical town. Set on top of a giant tree stump, it almost looks as if this whole structure had been carved from a massive naturally-growing trunk. 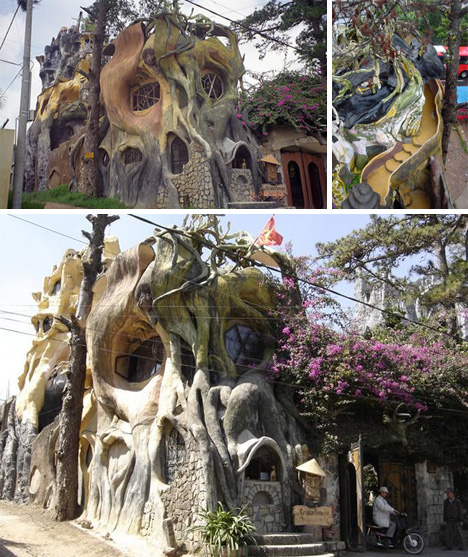 Russian-educated architect Hang Nga would have another such structure standing, in fact, had it not been deemed too ‘anti-socialist’ and been torn down accordingly. The building is said to have been inspired by the overall form of a banyan tree, and the organic details of everything from animals and plants to spider webs and natural caves. 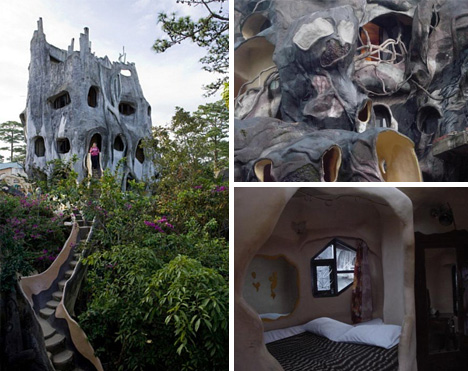 As some of you may have already guessed, the avant garde Spanish architect Antoni Gaudi was indeed a source of design inspiration. While this style was short-lived in the mainstream, his buildings stand out to this day as amazing works of organic architecture, combining architecture and abstraction, environmental and functional elements. Given the cultural climate, the designer is likely lucky they were not, themselves, hauled off to a crazy house (of a different kind).