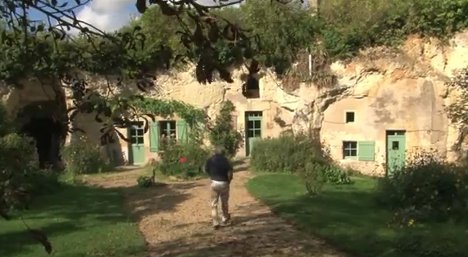 There aren’t many people who can say their homes have been 100 million years in the making. Retired teacher Henri Grevellec makes his home in an idyllic, previously-abandoned limestone quarry in the Saumur region of France. The limestone deposit, created more than 100 million years ago, was once quarried extensively for rock used to build homes in France and England. 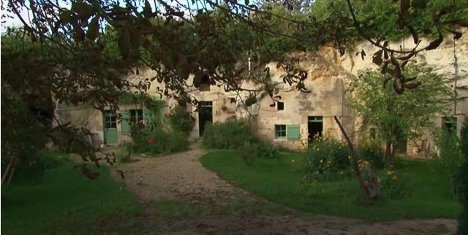 Hundreds of years ago, quarry workers decided to make their homes in the caves created by their digging, called troglodytes. When Grevellec purchased the land on which he now lives, the quarry was forgotten and overgrown. Thanks to his love of stonework, he renovated the caves to make them into a breathtaking home.


Grevellec’s home was once six adjacent caves inhabited by quarry workers. Now, most of them are connected via tunnels that the resident carved from the stone with his own hands. He has left many of the features just as they were when he acquired the property, such as the 400-year-old doorways. The temperature in the caves is naturally mild year-round due to the insulative property of the rock. No one describes the spectacularly unique home quite like the resident himself; the above video takes you on a tour of the property while Grevellec talks about his love of this extraordinary place.