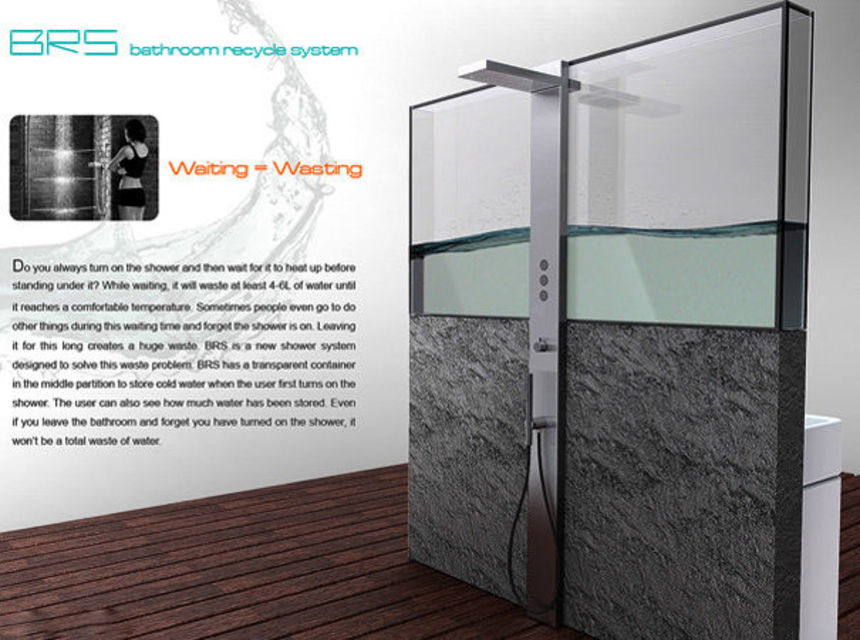 Leaving the water running while it warms up is a wasteful habit, but what is the alternative? Taking a cold shower? Talk about a rude awakening. This idea contains a water-saving solution that should really make its way into more bathroom interiors. 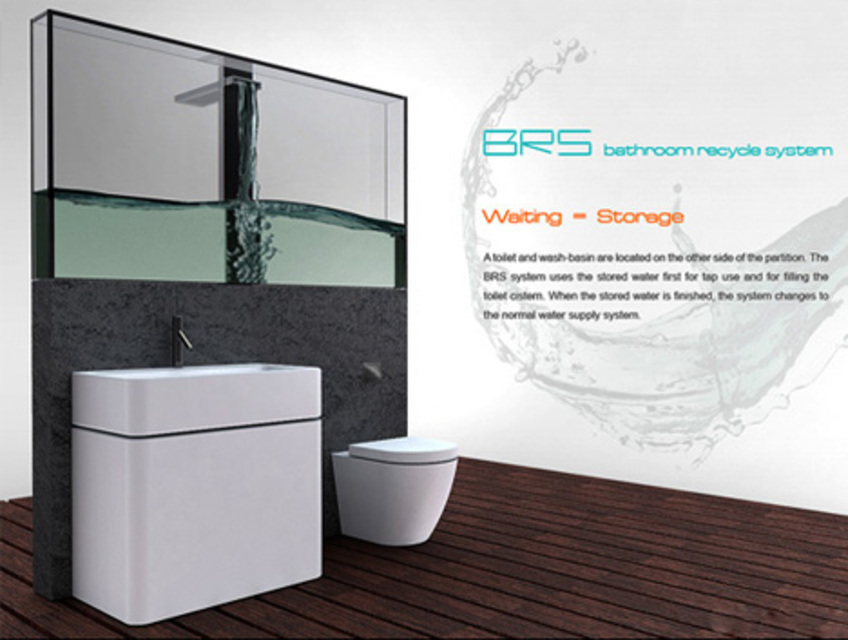 This award-winning designer layout by Frank Guo features a space-dividing partition that doubles as a holding tank for water warming up while you wait to hop into the shower. When the user is ready and the water warm, they can push a button to switch modes and begin showering.

The stored water is later used for washing your hands or flushing the toilet, rather than simply spiraling down the drain though the pipes and straight into the city sewer system.

Being visibly held within an elegant glass container, the liquid-storing unit doubles as a partial room divider and decorative accent piece while letting you know how much water you have stored up for other uses.

While this solution is rather beautiful, the plan leaves something to be desired – saving water comes at the cost of using up more space by effectively splitting a bathroom into two parts with ways to walk around potentially on either side, at least according to this 3D prototype.

“Do you always turn on the shower and then wait for it to heat up before standing under it? While waiting, it will taste at least 4-6L of water until it reaches a comfortable temperature. Sometimes people even go to do other things during this waiting time and forget the shower is on. Leaving it for this long enough creates a huge waste. BRS is a new shower system designed to solve this waste problem. BRS has a transparent container in the middle partition to store cold water when the user first turns on the shower. The user can also see how much water has been stored. Even if you leave the bathroom and forget you have turned on the shower, it won’t be a total waste of water.”