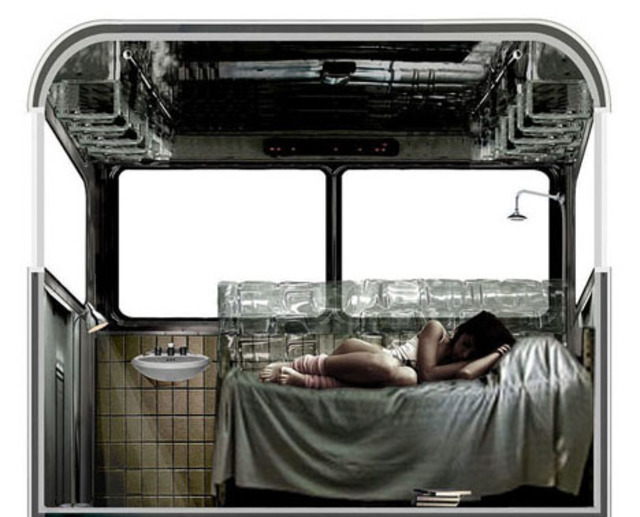 There was a time when designers were also philosophers, artists and visionaries beyond just being professional architects. Aristide Antonas is a Greek professor of architecture whose imagination pushes the envelope on adaptive reuse, recycled materials and portable dwelling beyond merely mobile homes. 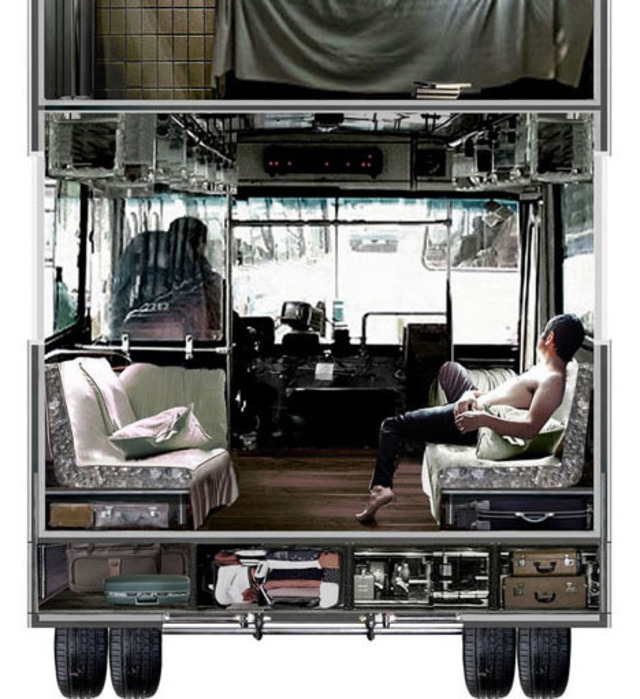 This two-story used converted bus is imagined as a potential hotel or a portable commuting community space for professionals on-the-go. It features seven beds, a living room area and a restroom and would theoretically fit into typical mobile home parks, though finding dealers with parts for sale might be a bit trickier to keep the finished buses on the move. 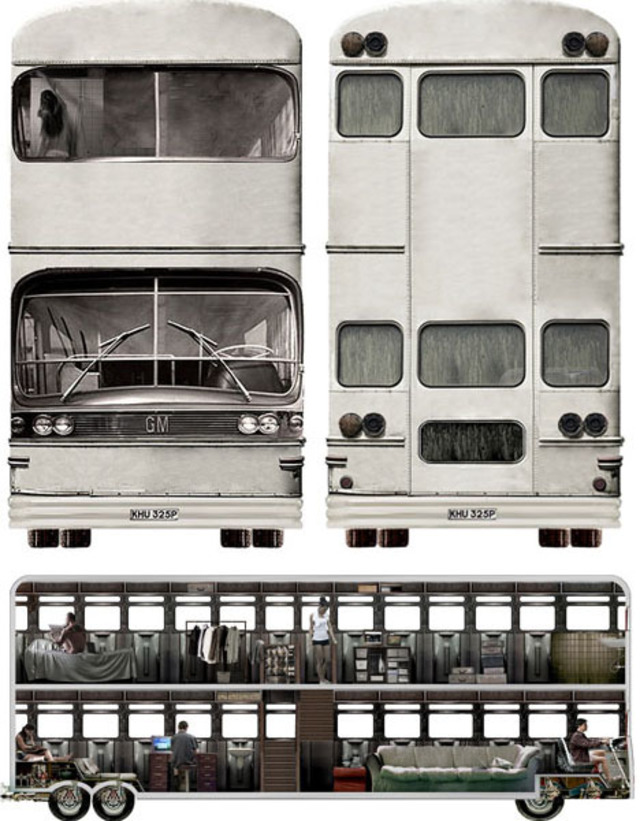 This bus housing concept is an intentionally non-radical work of construction, requiring no contractor or elaborate plans to be built — just a group of people who wish to turn an ordinary vehicle into a multi-person housing unit on wheels. The value is in the labor, not the design — and forget about estates or land prices. 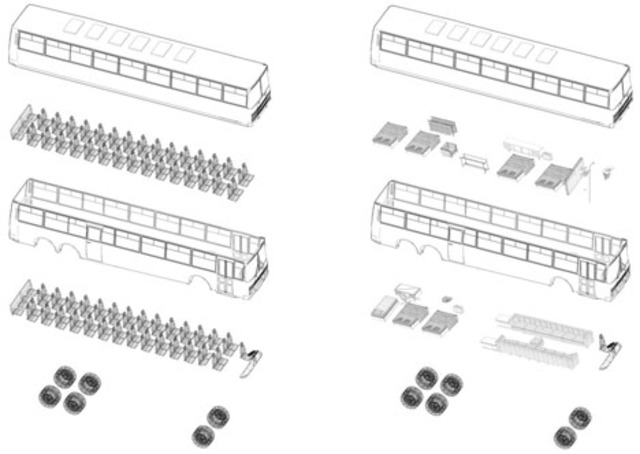 Professor Antonas contends that architects often over-complicate issues of design, layering form upon concept upon meaning without simply looking at what is in front of them and how few changes could make it work in a new way. Instead of starting with a site and building on examples from a given typology, he proses stripping an existing object bare and filling it in as needed – neither radically new nor conventional as an approach to remodeling a space or structure. It’s a refreshing approach, particularly in regards to urgent housing needs, if it were to be applied to communities like the homeless and refugees. 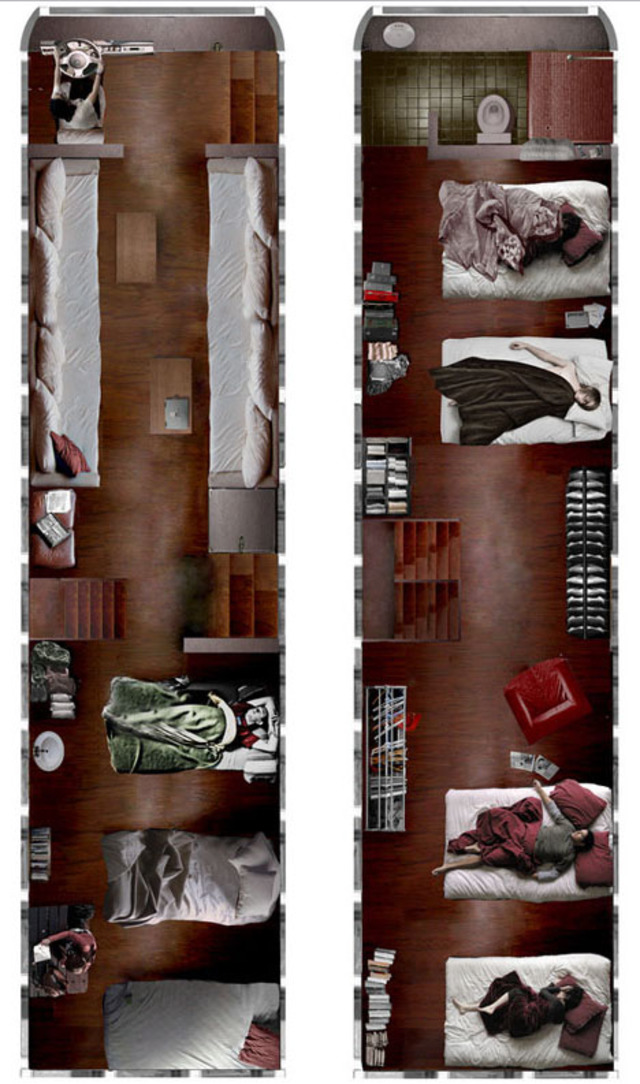 “Typical banal elements show us already how to interact with them,” says the designer. “The beds, the sofa, the water closet, the shower, the small wardrobes, the bookcases already speak about a particular type of stay in which we know how to behave. They are all elements of a given functionalism, traditional now originated from modernism.”