Everybody loves a sequel, and no one knows how to capitalize on movie franchises better than big-name brands. With every new big-budget action sequel comes a slew of themed merchandise that gets superfans hovering over their computers and lining up for days outside stores to just be the first ones to get their hands on it. Now, Columbia Sportswear has unveiled a limited edition line of outerwear to coincide with the release of the long-awaited Star Wars film The Last Jedi in December 2017. 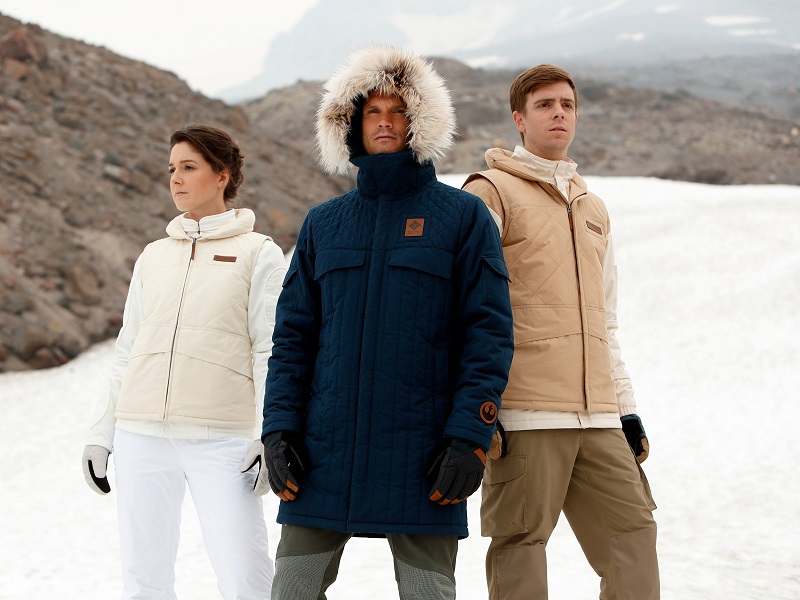 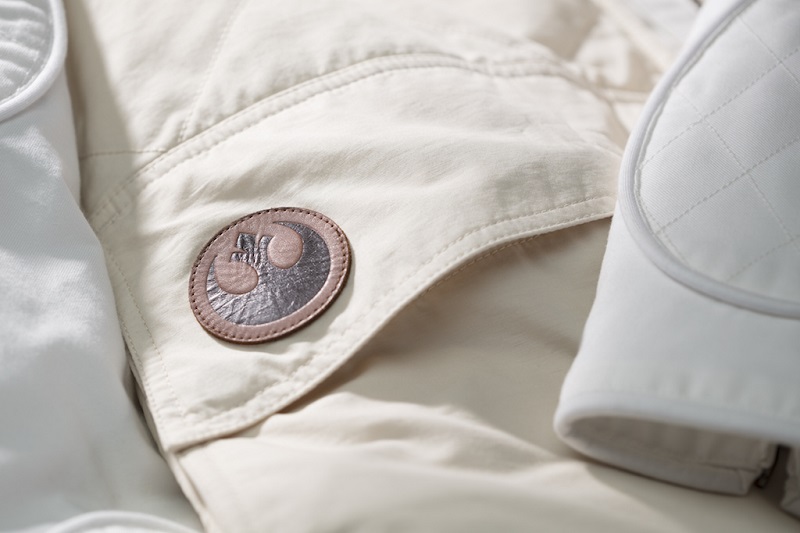 The brand is drawing on The Empire Strikes Back to create a new ready-to-wear trio of jackets and parkas that look as good off-screen as they do on-screen. The pieces in the “Echo Base Jackets” collection will no doubt be coveted pieces of memorabilia, especially considering the fact that there are only 1,980 of them available (this number was chosen in relation to the year 1980, in which Empire was released). In fact, all of these units have already been sold online, but it’s rumored that there’s a small amount of inventory available at selected Columbia retail outlets. The collection consists of the “Luke Skywalker” Echo Base jacket, the “Han Solo” Echo Base parka, and the “Leia Organa” Echo Base jacket. Similar jackets were worn by the cast of the 1980 film, and their designs have been heavily drawn on to produce the Echo Base collection (but are still officially licensed by Star Wars). 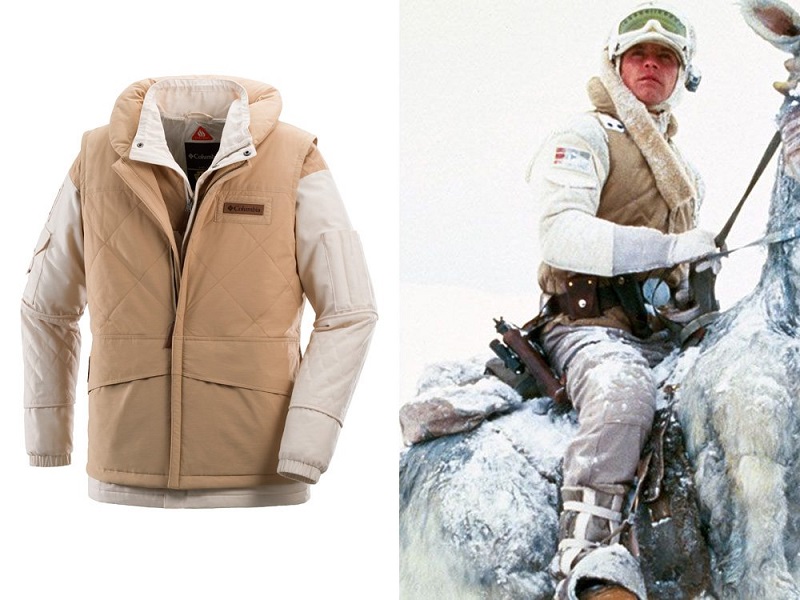 The Luke Skywalker jacket boasts a two-tone colorway in the form of a tan body vest and beige sleeves. It’s a cotton blend, water-resistant jacket and outer vest, and it has a retractable hood to protect you from the elements. The Han Solo parka channels its titular character’s rugged nature, and its fur-lined hood is perfect for battling wind and snow. The Leia jacket is similar to the Luke one, but it’s more fitted and has a lighter-colored outer vest to differentiate it. Each of the jackets are made from Omni-Heat Reflective insulation, which simultaneously makes them look like they’ve come from “a galaxy far, far away” and helps keep their wearers warm and toasty. Each of the pieces are stylish, versatile, and durable, and you don’t have to be a Star Wars fanatic to rock them, as they look great on just about anyone. 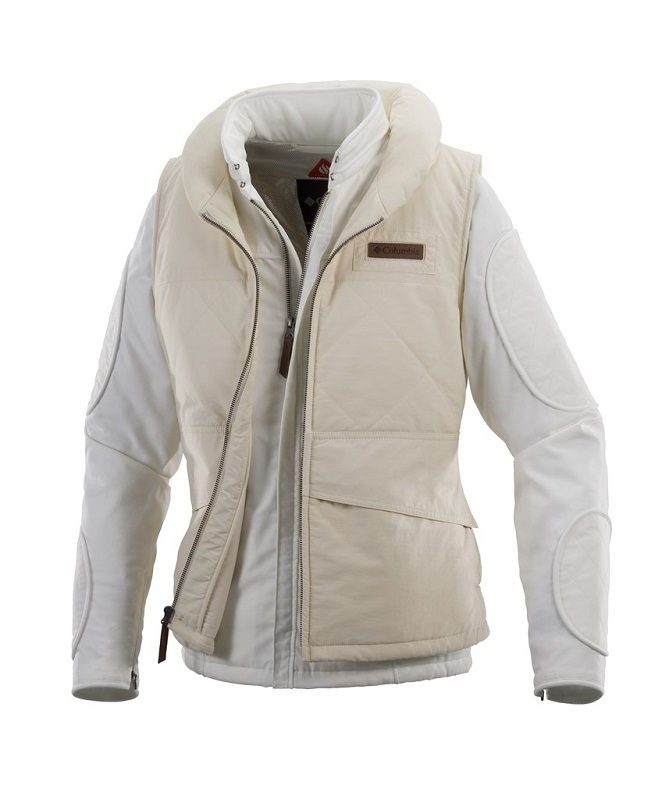 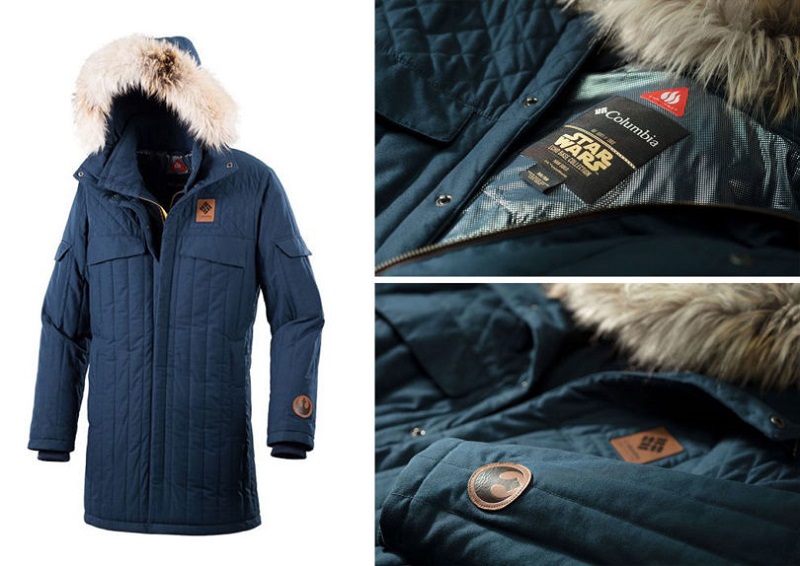 The prospect might seem a little out of left field, but this is actually not the first time that Columbia has used Star Wars as inspiration for its clothing. In December 2016, the clothing company released its “Rogue One” collection of jackets and coats, which took its cues from the first installment of the Star Wars “Anthology” series. Theses parkas and jackets were part-costume, part-durable outerwear and combined Columbia’s signature sturdiness and reliability with innovative new technologies and creative detailing to give the garments a distinctly “galactic” feel. The Last Jedi was just released last weekend. and we have no doubt that fans of the franchise will be wearing their new Echo Base jackets when they line up to get their tickets.