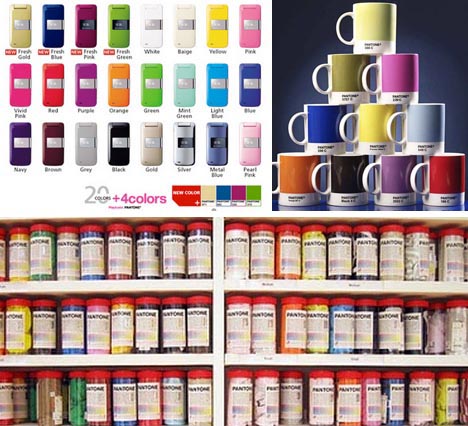 From a set of ten coffee mugs and one of twenty cell phones to a series of hundreds of solid-color shirts, some industrial designers have made an art of applying Pantone colors to everything they can think of – and a few things no one has ever heard of. A few of these come straight from the company but others probably do not make the kind of impression ColorVision is aiming to make. 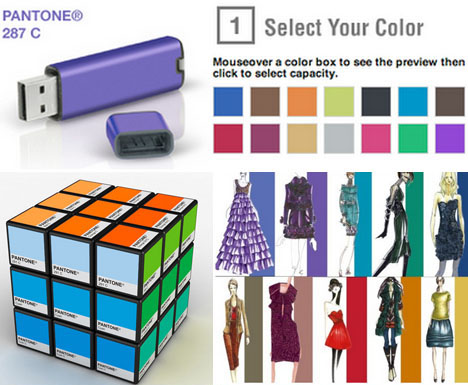 Pantone flash memory sticks make a certain degree of sense, though, as does a Pantone-colored Rubik’s Cube (with nine shades rather than a single solid tone on each side) – even Pantone-themed fashion seems relatively sensible within reason. 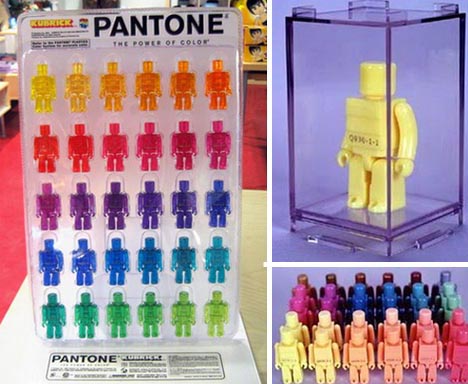 However, what anyone would need with a set of thirty different-colored robots – each painted and labeled with a single tone from the spectrum – is up for anyone to guess. 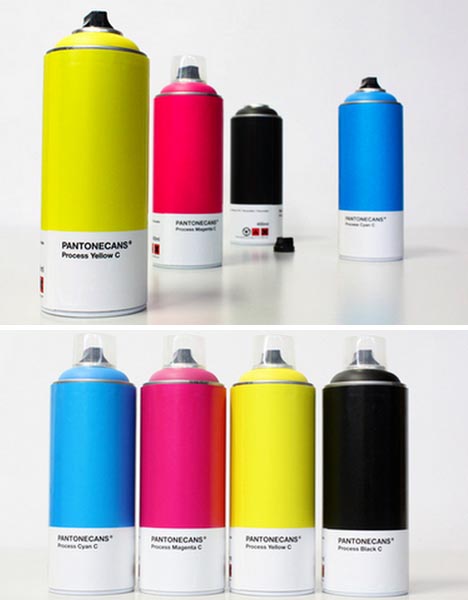 While many of these works were sanctioned by (or at least met with the approval of) Pantone, it is a safe bet that the work of this graffiti artist(Nico189) is not something they readily celebrate at ColorVision corporate headquarters – a series of spray-paint cans each adorned with a solid color and description much like a standard Pantone color swatch would have. Great for seriously color-matched street art!