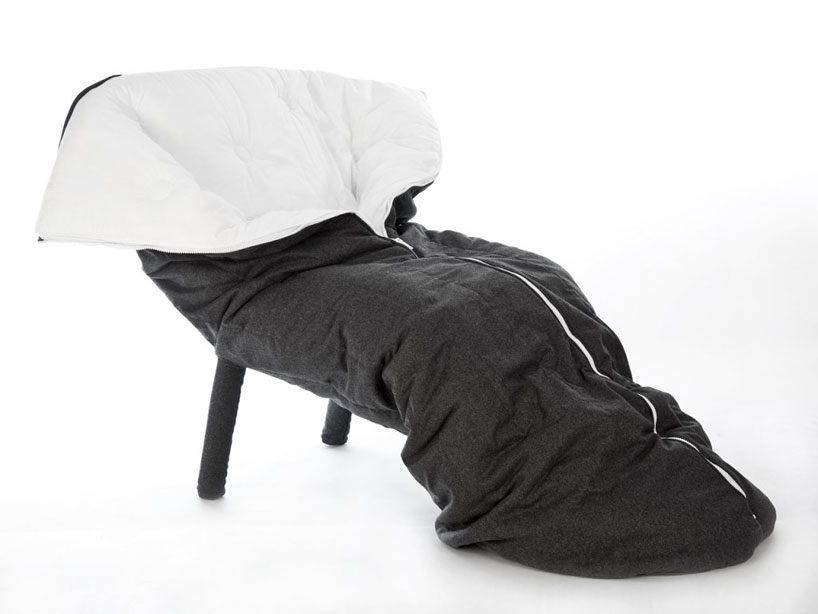 Somewhere between seat and sleeping bag, this might be the most comfortable chair ever created – or at least a cozy one for those of us who periodically like to fall asleep while sitting or lounging. 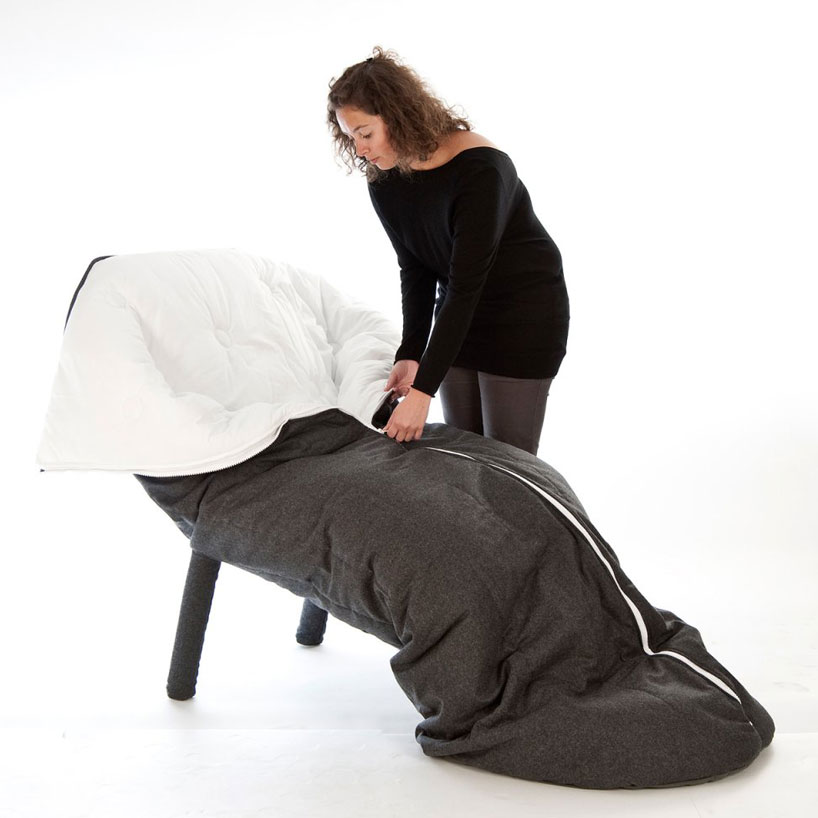 Les M took the form of a lounge chair, added the soft warmth of a duvet and completed the design with a simple zipper. There is nothing fundamentally new about any of these elements, but together they make for a powerfully relaxing piece of furniture.

With an eye toward practicality, the design team also made the duvet portion detachable so that it can be washed as needed (with an extra bonus being that the seat can be sat in without it).

A simple black exterior and white interior offsets the informal look and feel of the piece, making it suitable for contemporary contexts despite having the advantages of your favorite vintage broken-in lounger or antique modern recliner.

The Cocoon Chair (or Cocon, if you’re a French speaker) made its debut at the 2010 Biennale Interieur in Kortrijk, Belgium, where it got lots of attention for its two Luxembourg-based designers.

It may not be the most groundbreaking or visually stunning piece of furniture ever created, but it’s definitely fun. Who wouldn’t want to have one handy in the winter, when you’re perpetually cold? You can imagine how many chilly nights you’d want to get inside and nap or engage in a bit of TV binging. Just make sure you have someone around who will fetch you your drinks so you don’t have to zip and unzip over and over again.

“Conceived by Les M (Céline Merhand and Anaïs Morel) inspired by the observation of our daily routine, «Cocon» is an armchair for resting which fulfils maximum snuggling up pleasure for extended TV sessions. The union of an ultra soft duvet and a relaxing armchair in a perfectly comfortable position to laze around, daydream, read, view, either to be shared or to wallow in alone.”