Leave it to denizens of Los Angeles – the land of costumes and characters – to become particularly fascinated with a sensational but short-lived trend that turned ordinary homes into organic architectural wonders like something straight from a classic fairytale or children’s storybook come to full-color life. From witch dens and hobbit houses to miniature castles and royal courts, these surreal structures of the so-called ‘storybook style‘ seemed even more out of place when they were built in LA than they do today, strange as it sounds, as they were constructed in the middle of the modern movement in America and Europe. 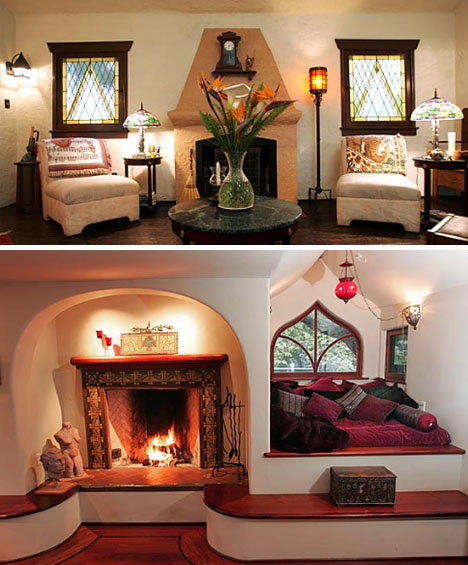 Unlike in the story of the princess and her pair of magic shoes, however, these houses did not turn back into traditional buildings at the stroke of some fateful clock – though many seem more conventional on the interior with contemporary furnishings and subsequent renovations. Some are still occupied, others are deserted or destroyed, but all of them provide(d) an odd-shaped proverbial window into a unique time in the history of American home-building.