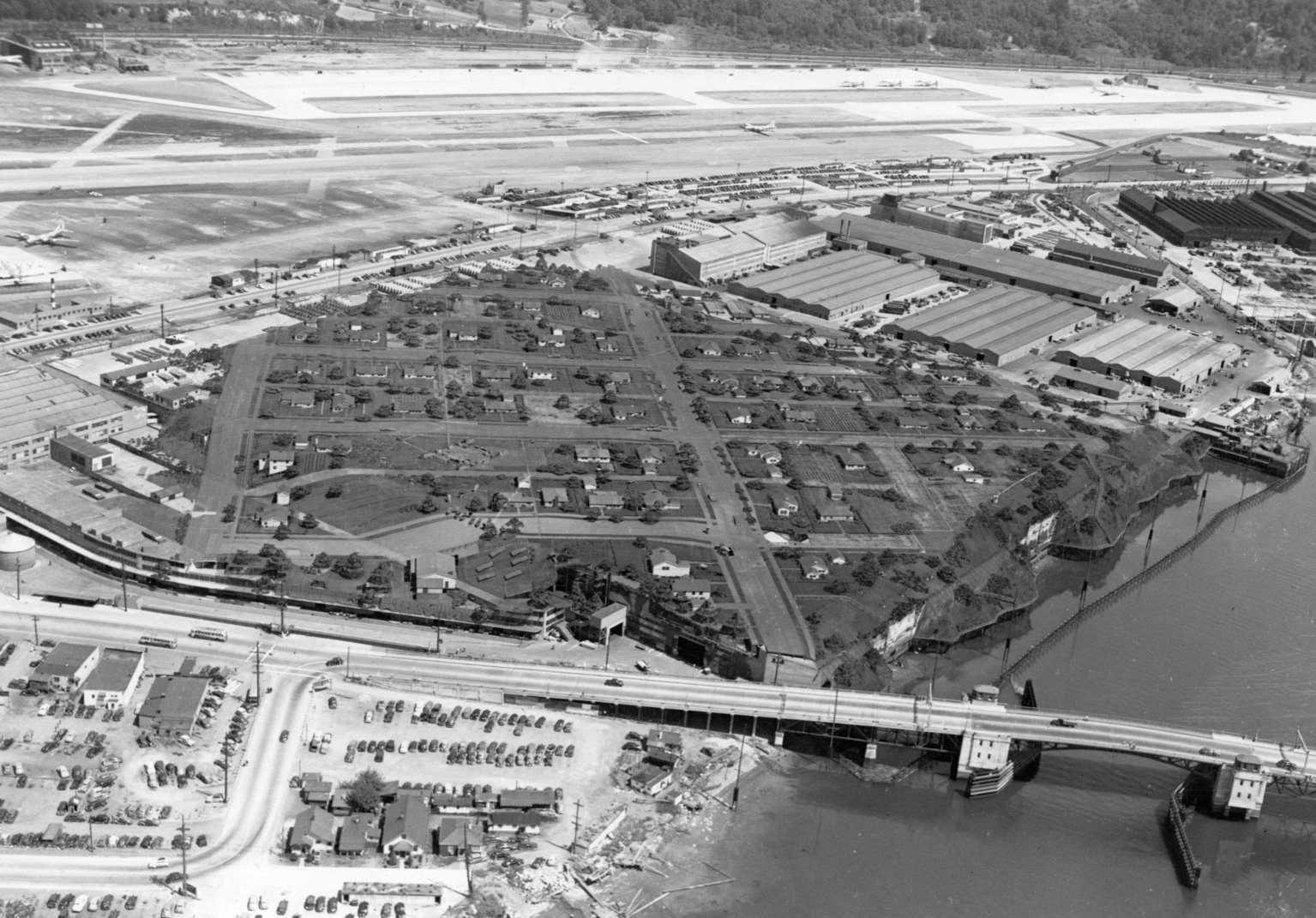 The destruction of a lesser-known Seattle pseudo-suburb is underway. This series of a dozen square blocks was lofted forty feet in the air but, despite looking picture-perfect from above with its series of pristine streets, homes, yards and trees, it was never actually intended for human habitation. Take a closer look to see why. 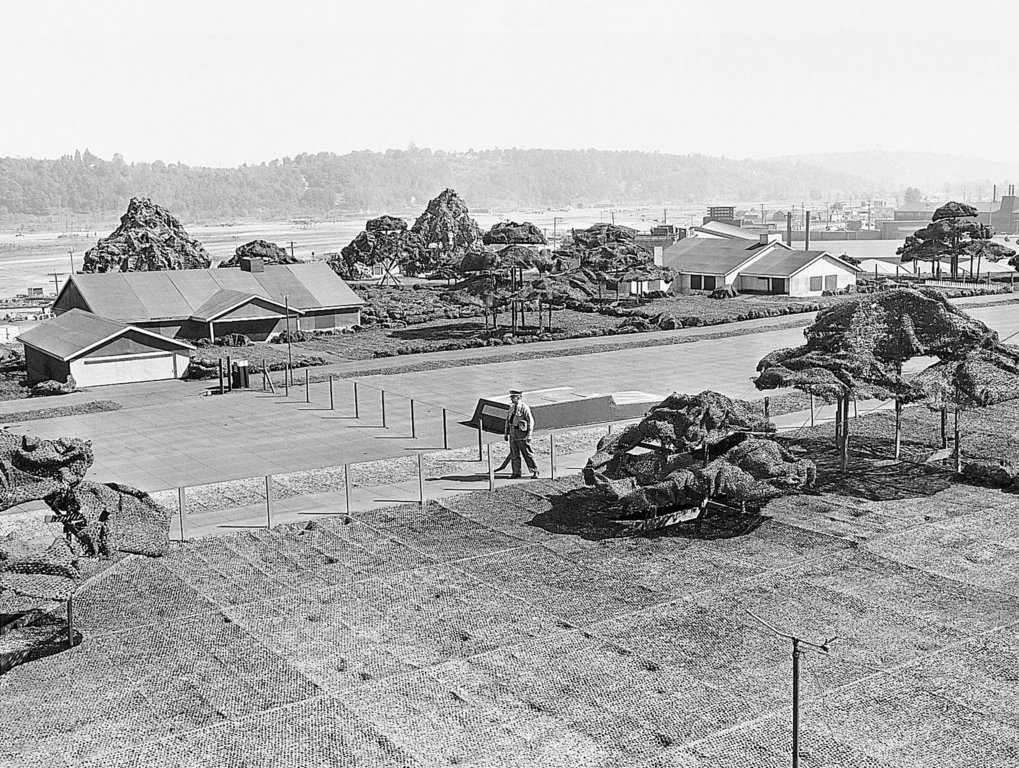 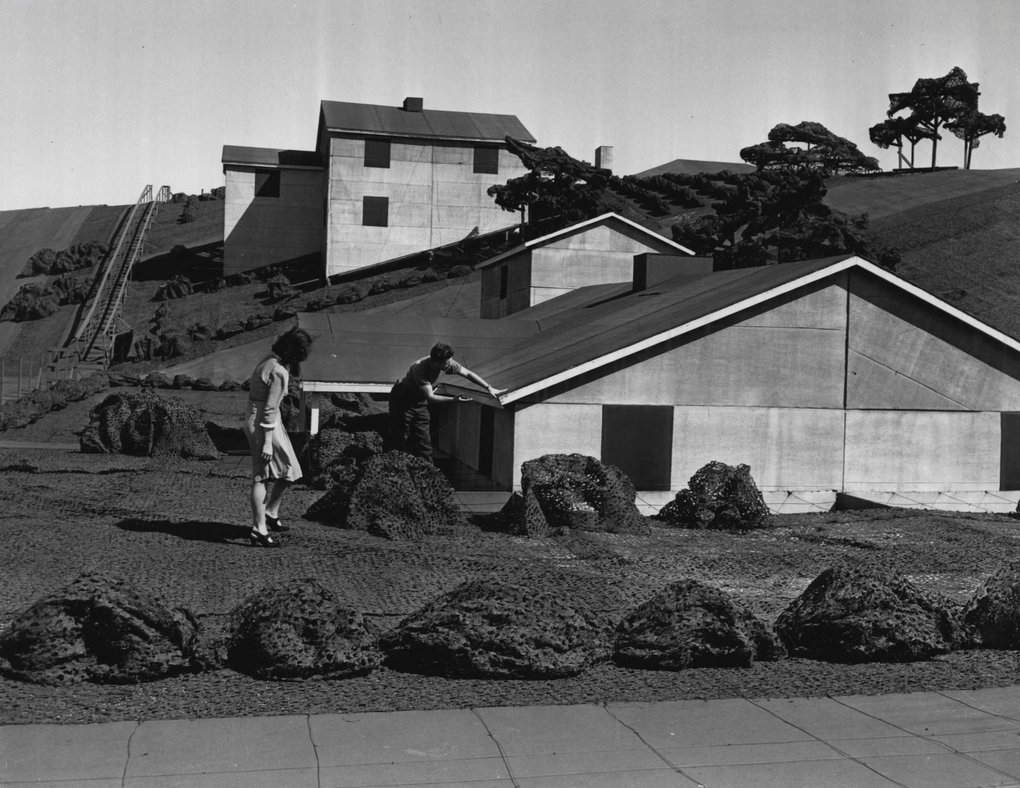 Yes, those trees and shrubs are all fake, made of camouflage netting and astroturf. The houses are much too small to occupy. If it all seems a little eerie and quiet, that’s because it’s not a real town at all, but rather a decoy built on the roof of a Boeing factory south of downtown Seattle. Built during World War II, Boeing’s fake town hides the aircraft manufacturer’s production facility below, which is the cumulative size of eight football fields. 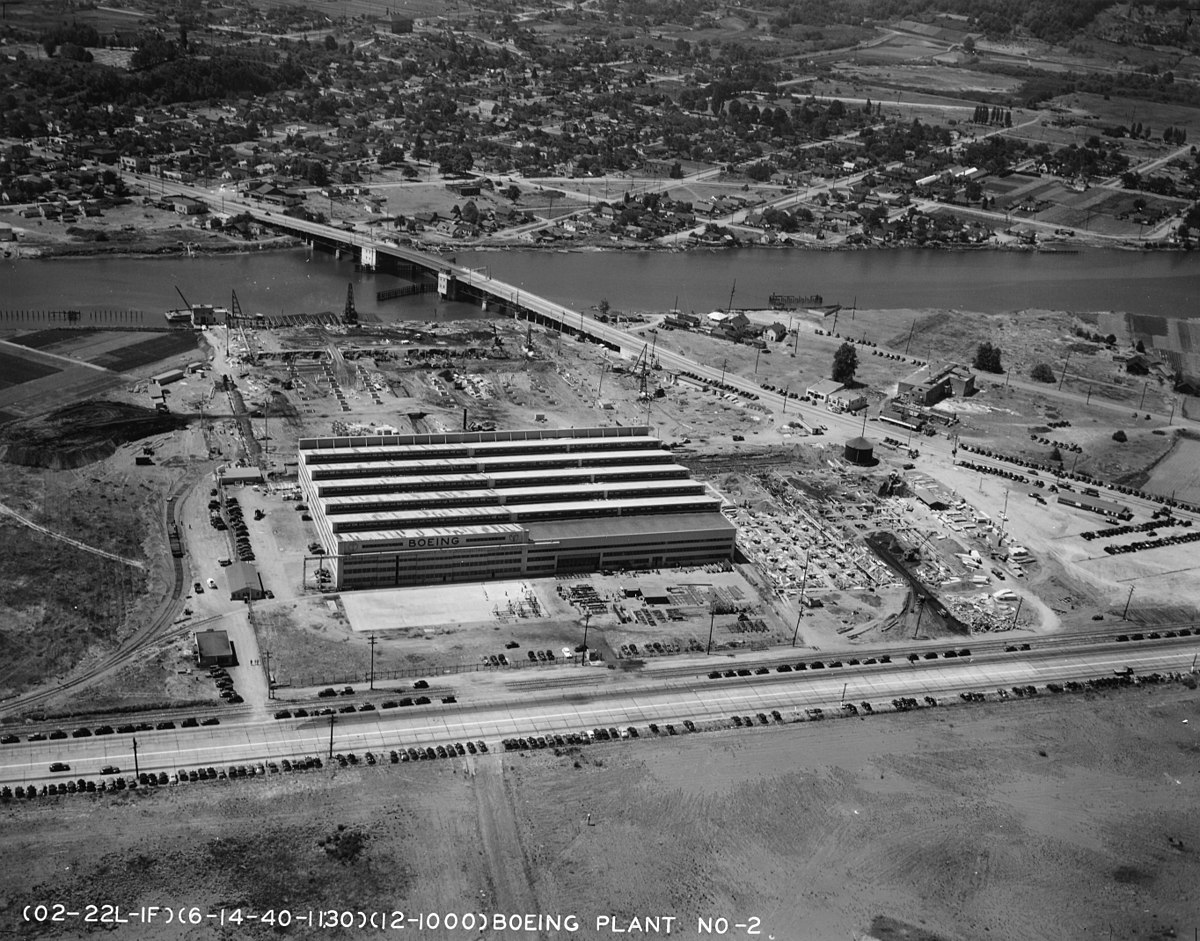 “Houses, streets and plants were assembled like stage props out of plywood, clapboard, chicken wire and burlap, covering the plant’s roof during World War II. If any Japanese bombers made it this far east, the hope was that their pilots would mistake this for a quiet residential neighborhood.” 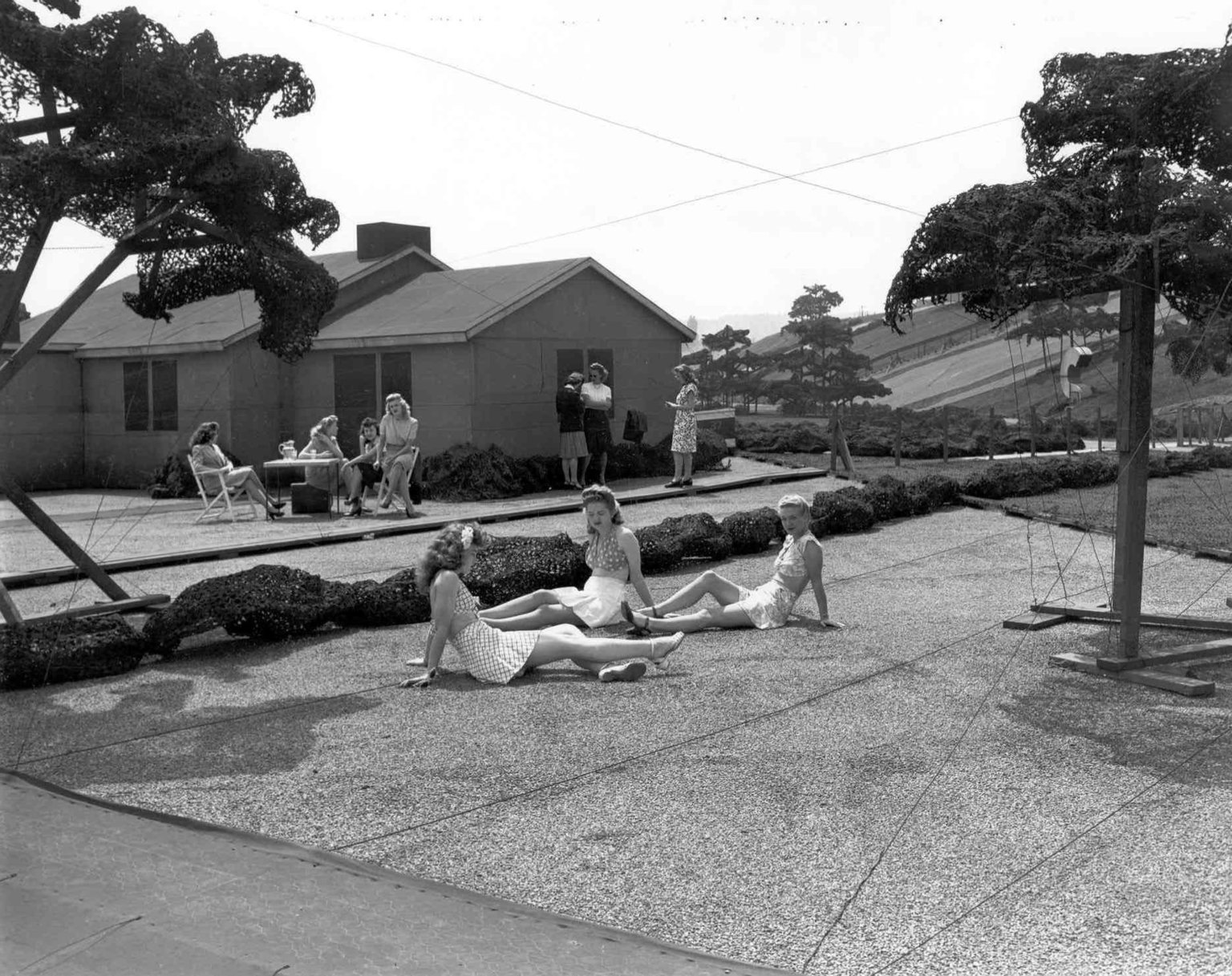 Despite the proximity of faux overhead homes, workers from the plane plant took an entirely opposite route to get out, heading down instead of up. Secret underground tunnels to reach nearby and likewise-camouflaged cafeterias, classrooms and restrooms — images of people on top were merely staged for a post-construction photo and film shoot.

But these would-have-been houses will not go to waste — the reclamation of remaining materials is in progress. The Duluth Timber Company is salvaging scraps as well as heavy timber beams from the site before it is leveled.

As for the plant itself: it became increasingly outdated (and structurally dangerous) as decades passed despite being the original home of many famous Boeing aircraft including the original B-52 bomber and 737 jetliner. (Via Inhabitat, Wavy & more at Wikipedia)