Architecture always serves a purpose, whether utilitarian or otherwise. Whether it’s to evoke a sense of community engagement and unity, to act as a cultural or creative hub, or simply to stand out from the crowd, there are a number of ways in which architecture makes a statement that stretches outside the confines of its design. Yes, there are often larger cultural, artistic, and even political interpretations of “simple” buildings that are usually anything but simple. 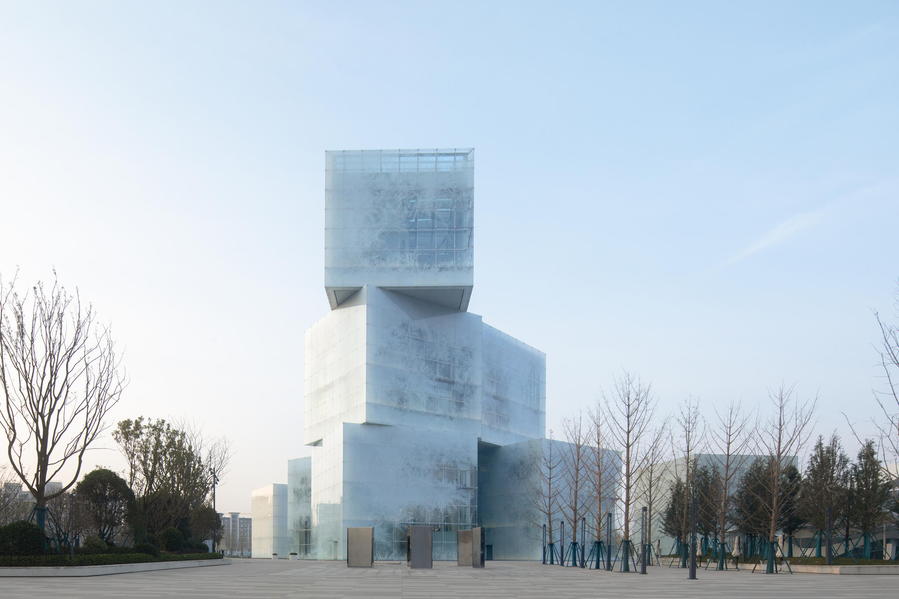 The proposed Xinxiang Tourism Center in China certainly ticks all the above boxes, and then some. Designed by architects Qiang Zou and Mathieu Forest, the structure looks to be the centerpiece of a new tourism district highlighting the area’s winter sports history through its design. 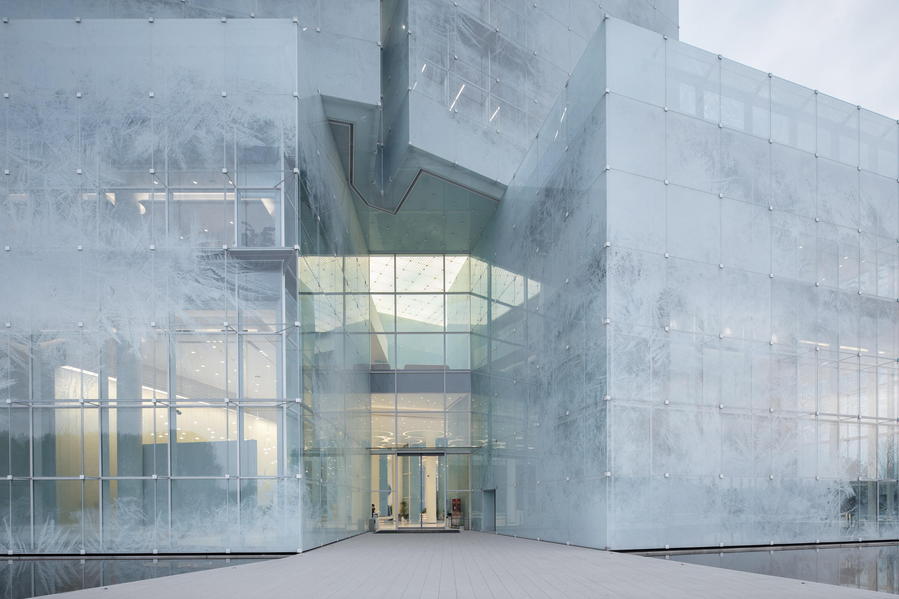 But this is no ordinary building. The forward-thinking architects aim to create a shifting, translucent, and almost magical space befitting the building’s overall purpose to draw visitors to the new tourist district. Composed of nine blocks that are reminiscent of gigantic ice cubes, some of which overlap and offset each other, the structure filters and refracts light as if it’s moving and changing before your very eyes. 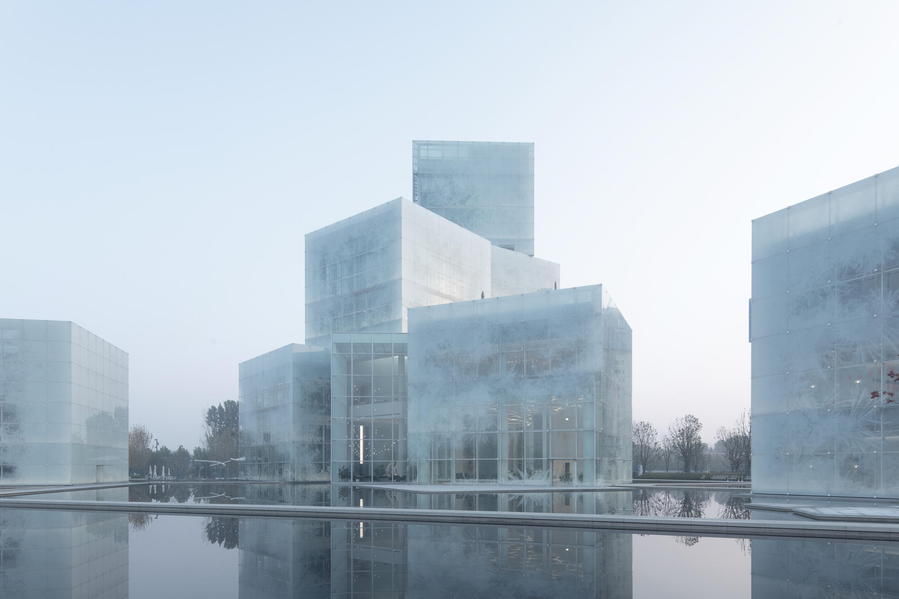 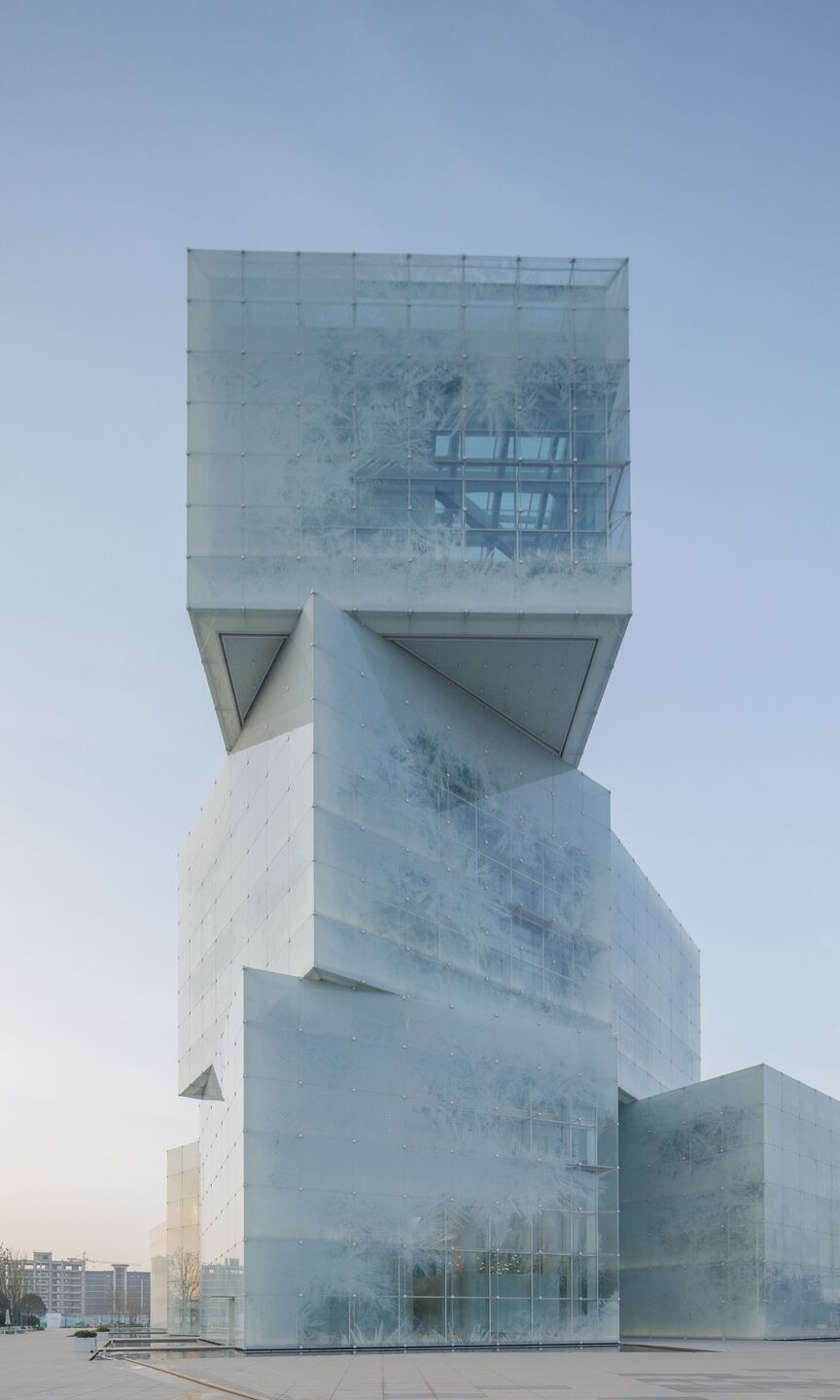 What appears on the surface as opacity is, in fact, an overlapping facade of ice crystals that create depth and luminosity both in and outside the structures. In a recent statement, the architects described the center as “sculpture out of scale, a pure and monumental volume.” And truly, this description appears to be eerily accurate, as the structure certainly resembles a piece of modern art, and its stacked blocks, though seemingly random, are all placed quite intentionally.

The building itself is a chameleon of sorts. Meant to change and shift depending on the viewers’ perspective because of the cubes’ placement and reflective light play, the effect is dazzling. The more you look, the more you see. And despite its resemblance to ice cubes, the overall feel is inviting rather than cold. 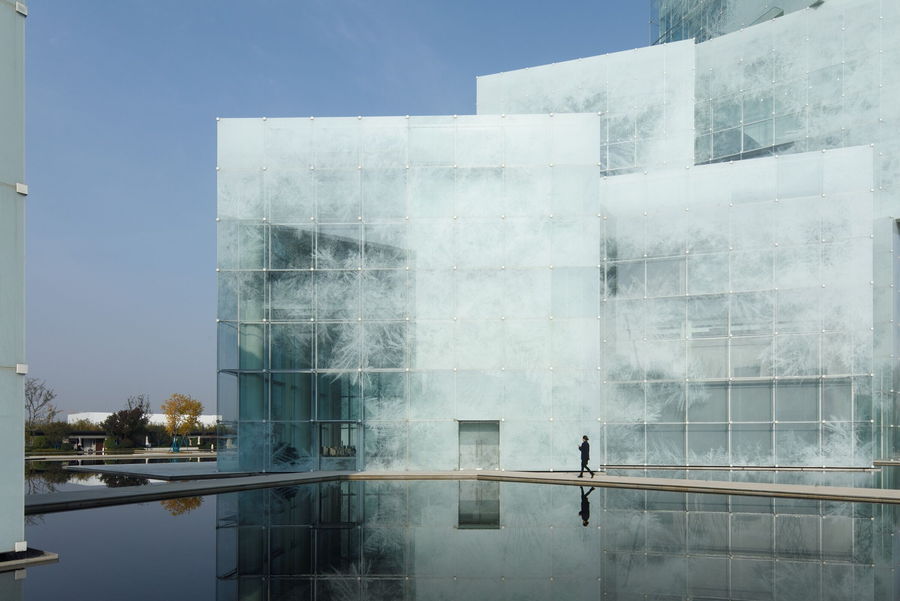 It’s also a mass of incongruity, “a question of hiding — whilst showing — to provoke mystery and the desire to approach,” according to the architects. Blending simplicity of shape with the complexity of “otherwordly” design elements, the structure’s facade, made from printed glass panels, is ever-changing and refractive, playing with natural light in an interesting way that gives the building a new look dependent on a number of factors, including the natural and manmade lighting around at any given moment, the current weather conditions, season, time of day, and, of course, the viewers’ individual interpretations. 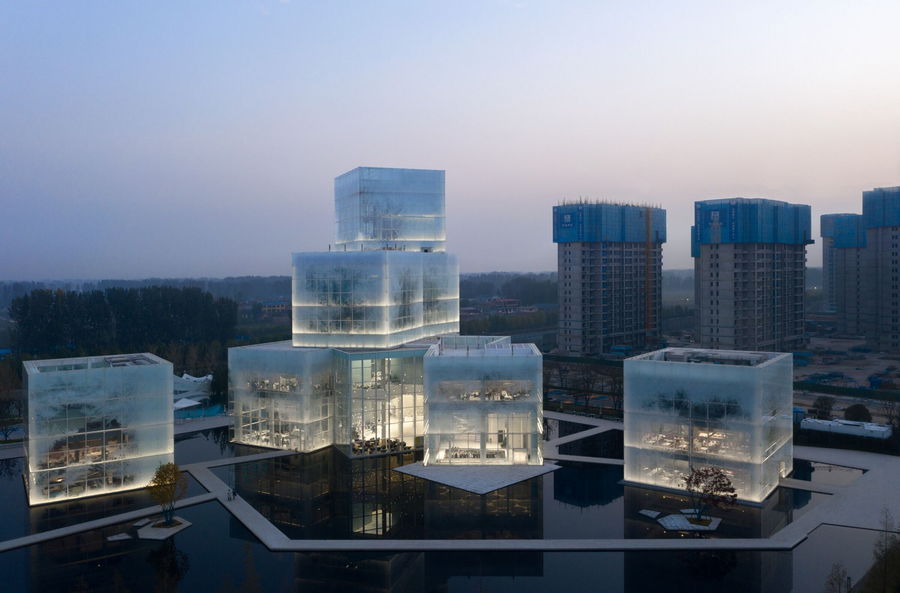 Described by the architects as a “lighthouse that rises among the surrounding buildings,” the new Xinxiang Tourism Center will certainly stand out from the crowd and be a defining fixture in the area — a beacon of light and mystique, opacity and fluidity that unites the district despite its relatively simple geometric shape.