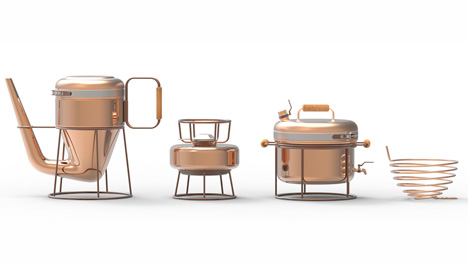 Homebrewing alcohol has been attracting a rather large following in the United States and some other countries, but the in-home production of alcohol is prohibited in many parts of the world. The Prohibition Kit from designer Francesco Morackini is a cheeky take on the hobby and its rather shady origins. 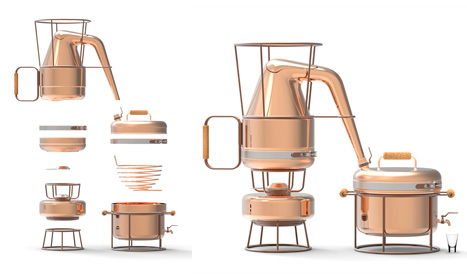 During Prohibition in the U.S., some crafty folks with the right equipment and the right knowledge made their own liquor to get past the country’s outright outlawing of the substance. However, getting caught meant stiff punishments. So the smart bootleggers discovered how to disguise their equipment and their work spaces. 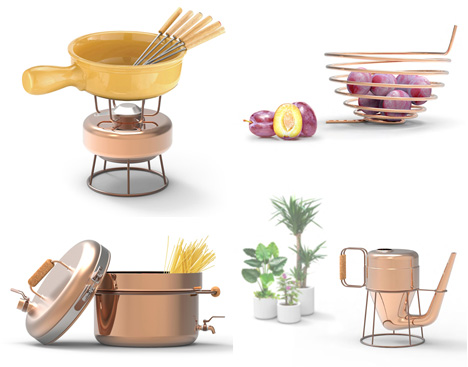 The Prohibition Kit does the same thing, but with the added benefit of almost an entire century of additional manufacturing technology. Morackini’s kit features four separate objects that can be used as perfectly legal items in the home: a pot, a watering can, a fruit bowl and a fondue pot. Separately, they are innocent and commonly seen in many kitchens. 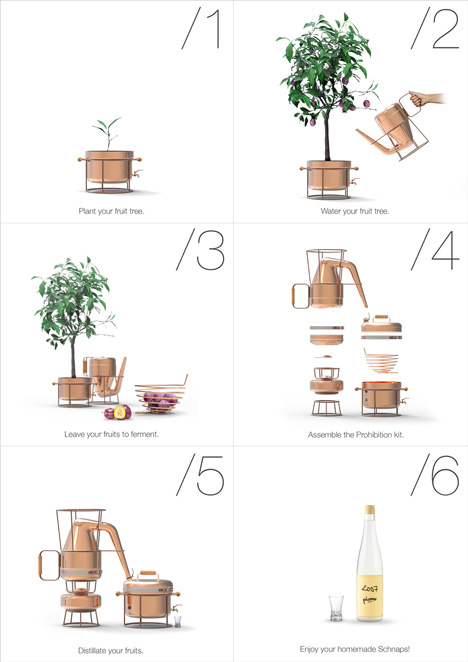 Put them together, however, and the common kitchen objects become a fully functional alcohol still. You can make your own schnapps at home, and between uses no one will be the wiser about the actual intended function of each of the components. As the designer points out, you can even use each of these items in the growing of the fruit for the alcohol. The intentionally provocative project brings up some challenging questions: when do everyday items become criminalized, and when do our governments have the right to restrict the use of certain objects based solely on their potential to one day be used in a crime?