Looming in the middle of the forest and glimmering like a mirage, you spot what looks like some kind of monstrous creature peering out between two tree trunks, with lush ferns and grass visible just behind it. For half a second, it might just be enough to make you want to run for your life. But stop and take a moment to really look at it, and you’ll realize that what you’re seeing is two-dimensional — and a T-Rex, if you still had any doubts. The kind of imagery usually reserved for gritty urban surfaces has come to the woods in a surprising new way. 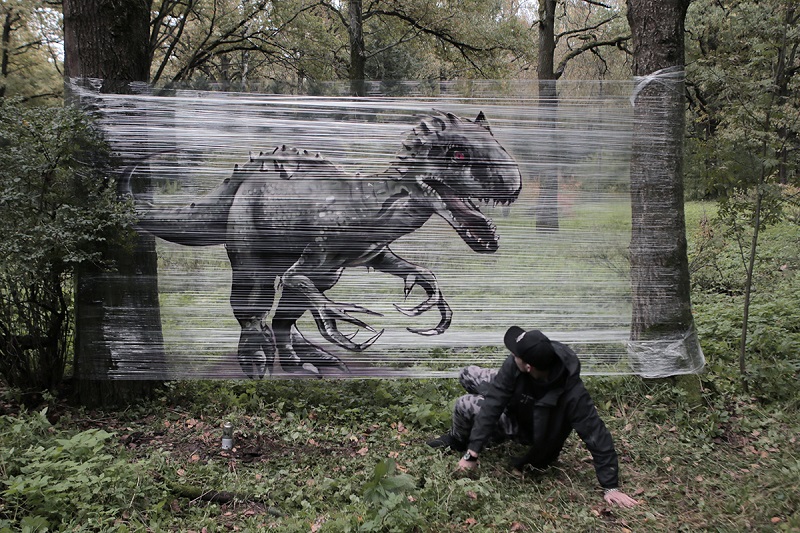 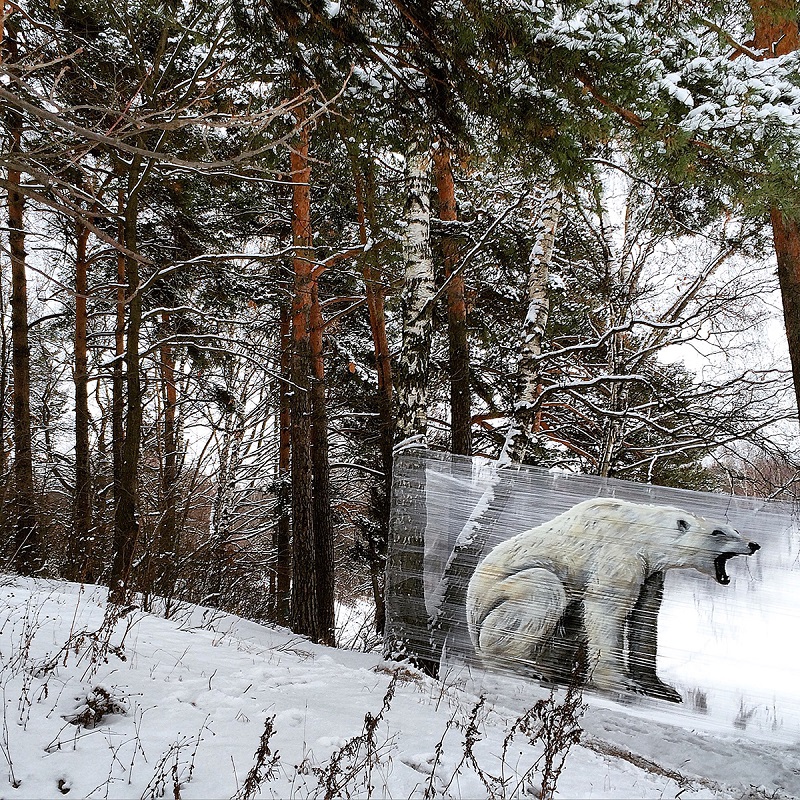 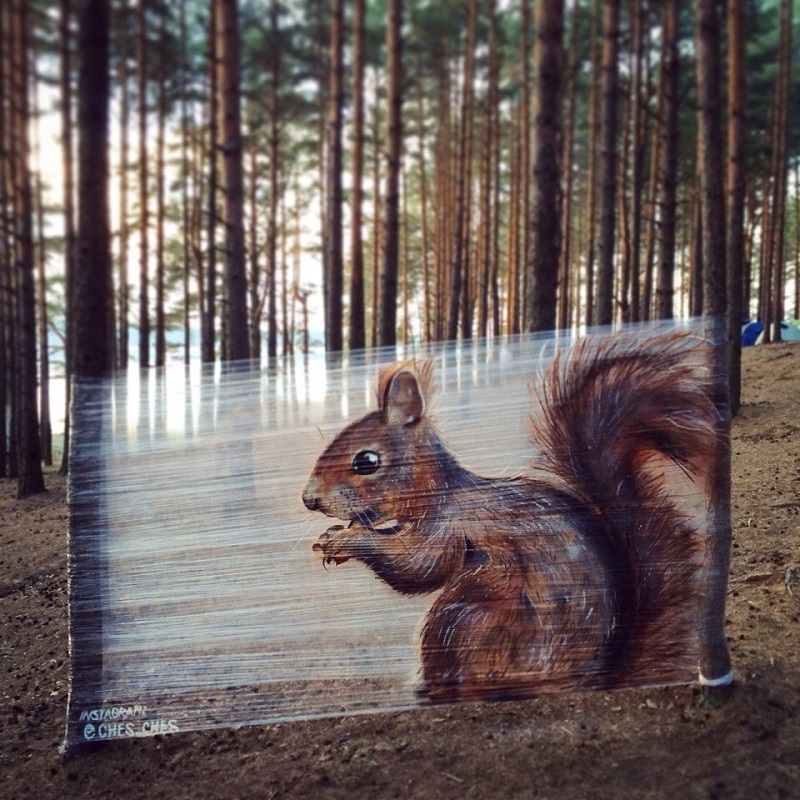 Moscow-based artist Evgeny Ches started out like virtually every other graffiti novice, practicing his craft on city walls and fences. But his curiosity was soon piqued by an unusual technique called “cellograffiti,” which was originally developed by French street artists. Not quite understanding the details at first, he tried it out using the kind of plastic wrap meant for food, going through roll after roll before learning about clear plastic engineering film, which comes on rolls up to three feet wide.

Unlike traditional graffiti, cellograffiti makes street art portable, temporary, and a whole lot easier to clean up. Since Ches likes to paint standalone figures without any backgrounds, it also allows him to incorporate negative space from the surrounding environment into his finished works, making them seem like natural parts of the setting. His work is ultimately ephemeral, created in situ and left up just long enough to be photographed (and maybe terrify a few passing hikers, too). 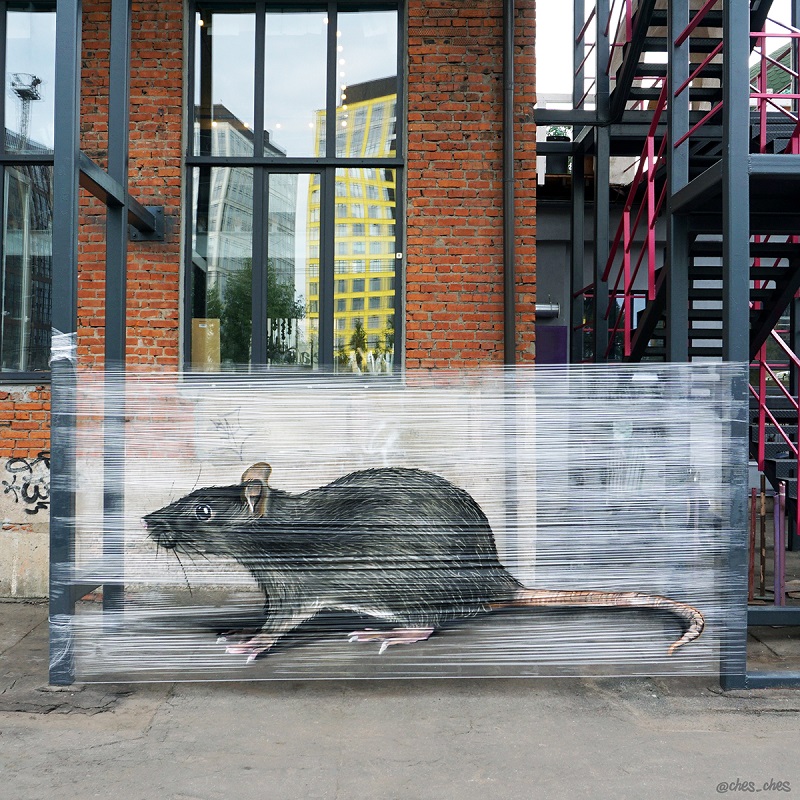 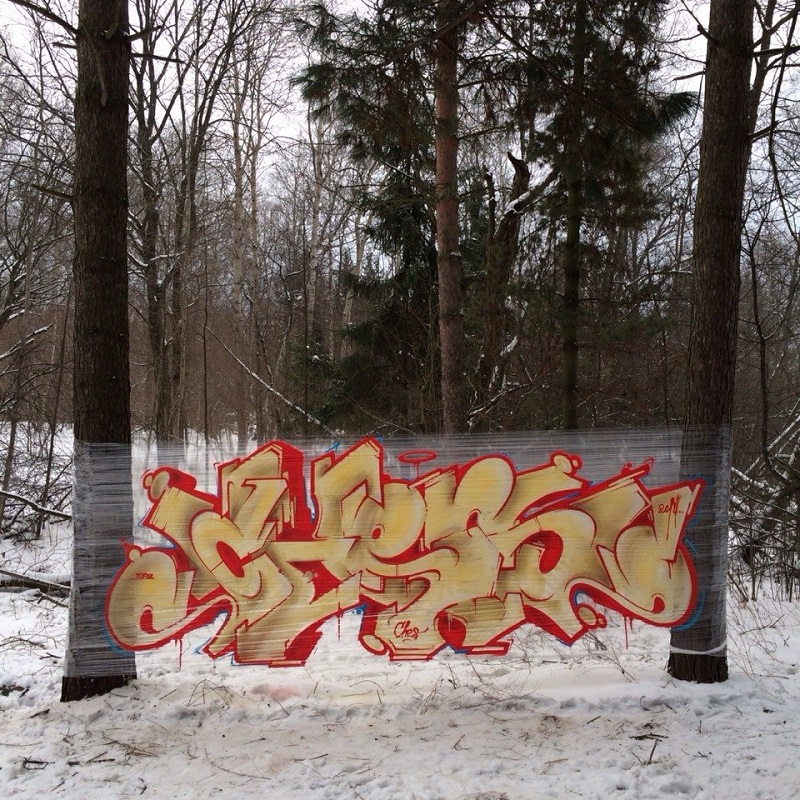 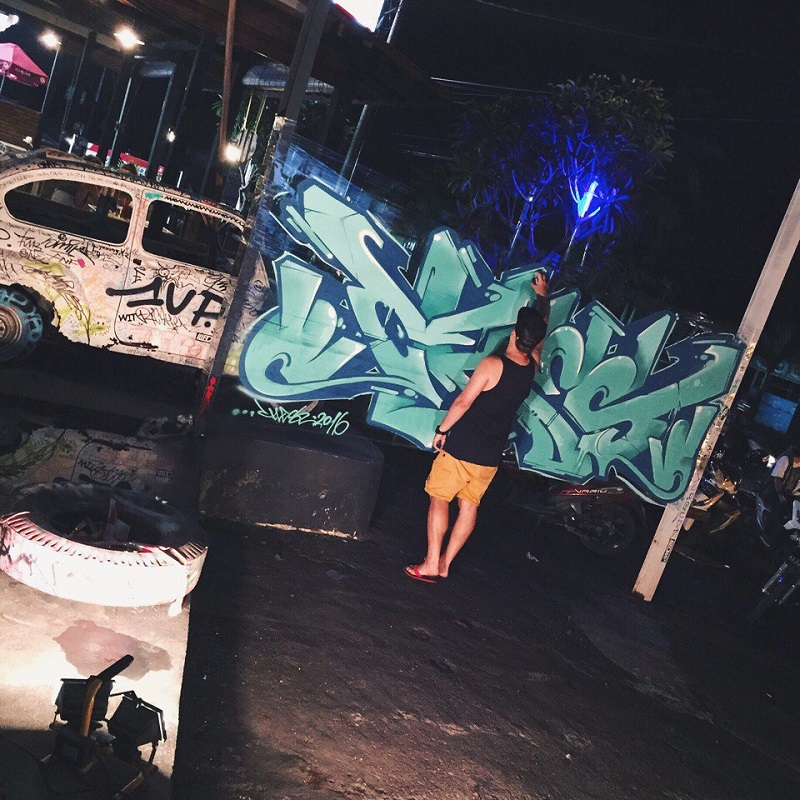 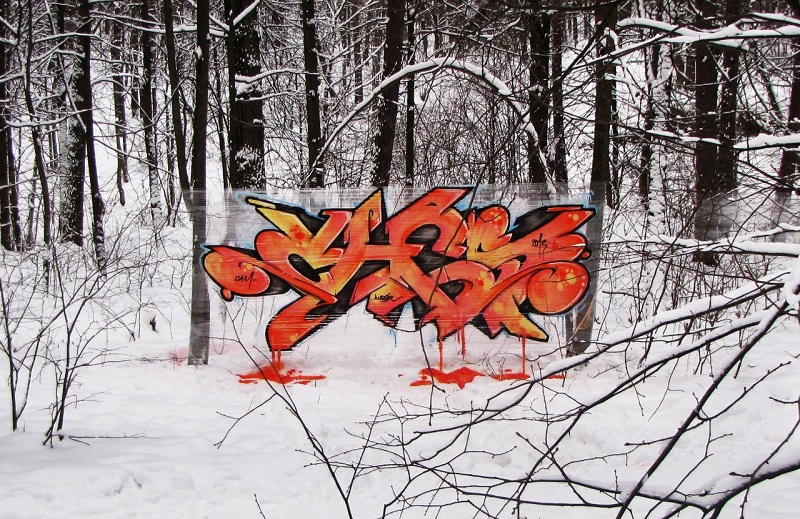 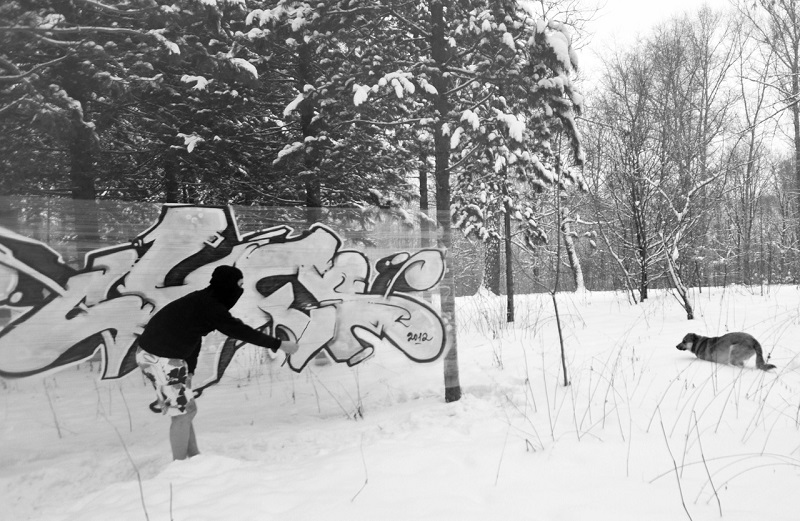 It’s also a great way to hone one’s craft without leaving a trace on the environment or other people’s property, Ches notes. You can set up some plastic wrap right in your backyard between some trees or columns, paint away, and then tear it down and start again. The most important part is stretching the plastic as tightly as you can to keep it from sagging. But since you’re working on a transparent surface, there’s no fixing mistakes with additional paint, so he suggests using slow, deliberate strokes.

Ches demonstrates some cellograffiti basics in a couple of YouTube videos, talking about how he got turned on to the technique that’s earned him more than just a little bit of internet fame.

“Some years ago I saw some guys painting on transparent film fixing between, as I can remember, two columns,” explains Ches. “The idea to paint on film belongs to French artist Kanos, and some time later he and his friend Astro developed cellograffiti. I find this technology interesting, and I decided to borrow this idea and use it in my painting. This contrast seems very interesting to me when street art moves to a natural environment, and this contrast and harmony at the same time are combined in photos in a very unusual way.” 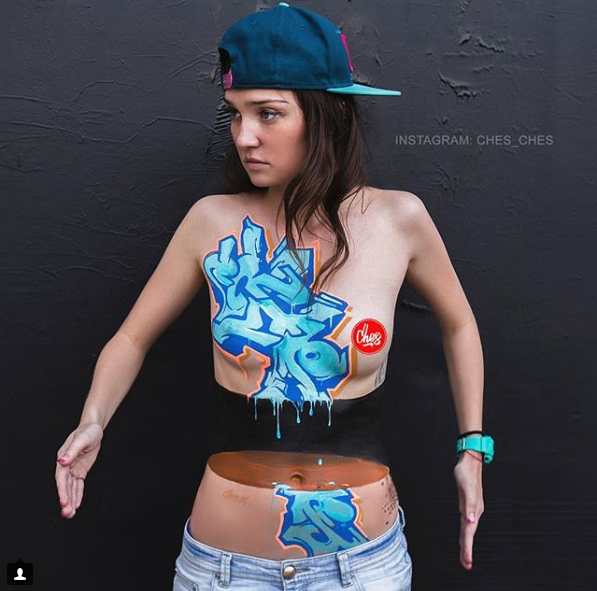 As you can see in these images, Ches paints figurative murals featuring creatures like squirrels, polar bears, and oversized rats, as well as the kinds of lettering you’d normally see tagged all over your neighborhood. He likes to photograph his pieces both in nature and in the city. In some of his more recent work, he’s even started using the human body as a canvas. You can see more of his work on his website and Instagram profile.