A massive monolithic hunk of sculpted concrete with no visible windows sounds like a pretty unpleasant place to live. Wouldn’t it be dark and cold inside? Could such an alienating structure, presenting no public face whatsoever, ever feel welcoming? To architecture firm Double (o) Studio, the inscrutability of this unusual home is part of the point. The rest is the sky. 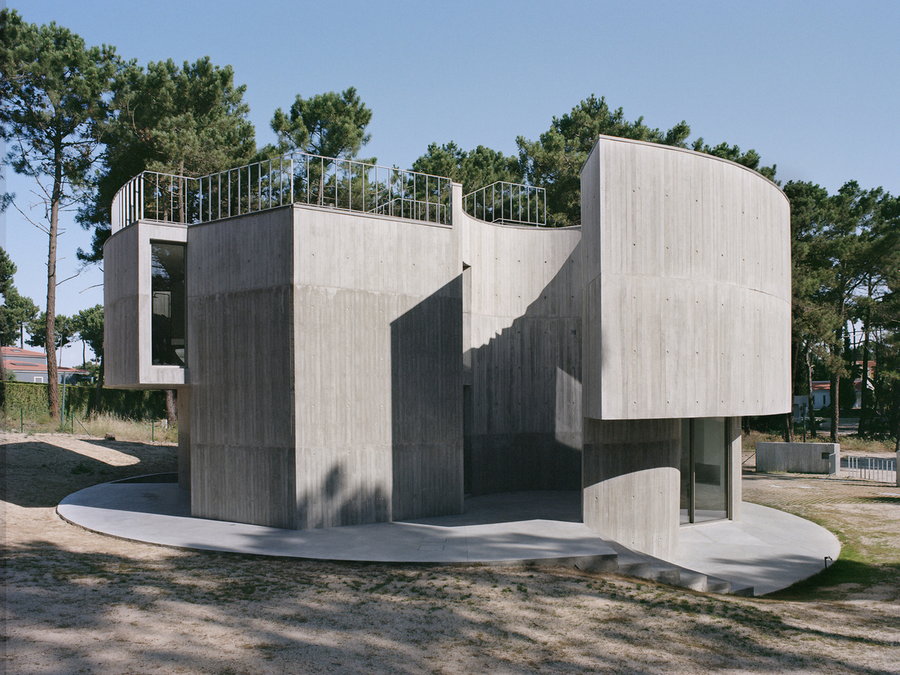 Architects Olivier Ottevaere and Elsa Caetano took an “anti-facade” approach to “Casa Trevo” in Aroeira, Portugal. Designed as a retirement home for a couple relocating to the area, the residence rises from its scrubby open lot like a monument. Only a few pieces of glass can be glimpsed from the outside, and entrance points to the inner areas of the curving shape start to feel especially labyrinthine when you walk up only to see a void in a tall concrete wall.

What you can’t see from the ground are the residence’s primary draws: a rooftop swimming pool and multiple light-catching internal courtyards. These three circular outdoor patios are the axis points around which the layout of the rest of the home revolves. The architects conceived of the two-story house as a series of columns and voids stretching to the crowns of the adjacent pine trees, with the accessible rooftop offering exposure to the salty air blowing in from the nearby Atlantic Ocean. 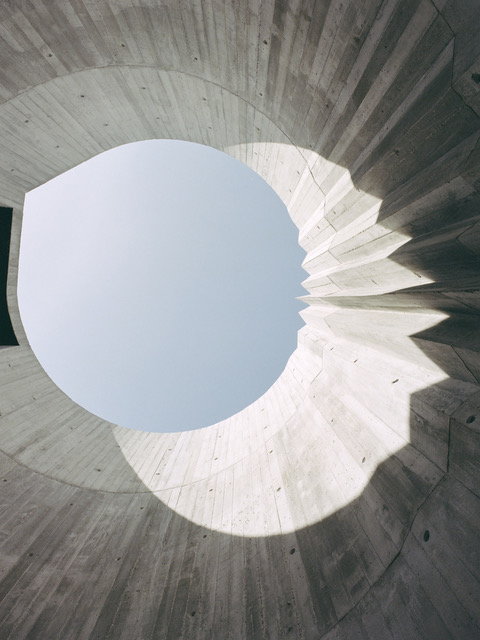 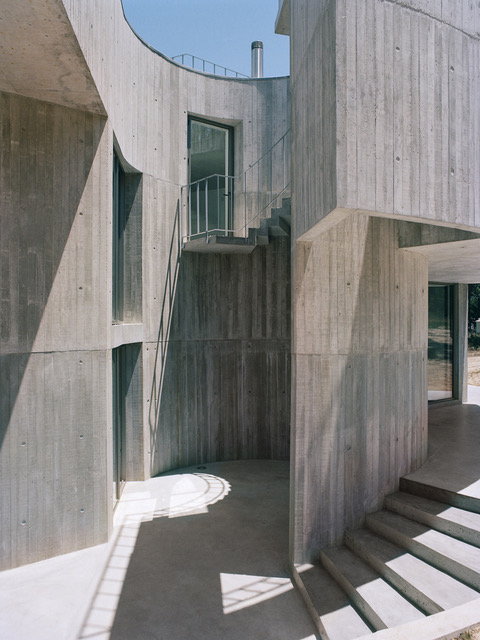 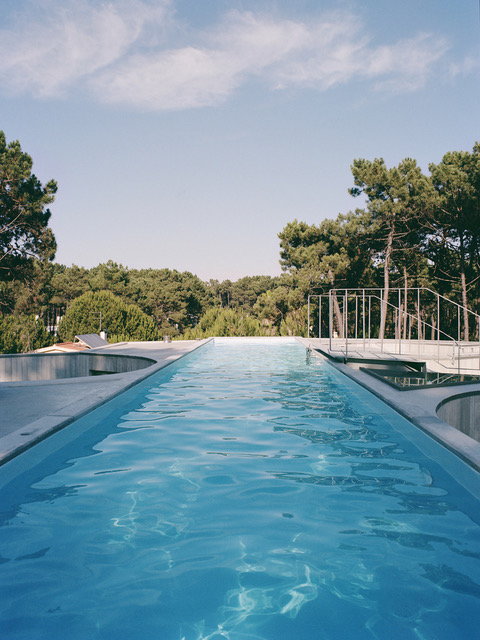 “The nine-meter high patios also [serve] as main structural voids in the form of three hollowed and semi-open columns,” say the architects. “Together, they support a series of floor slabs ascending at different increments. They also hold a beam of water, serving as a lap pool on the rooftop and whose underbelly is pressing down on the spaces below.” 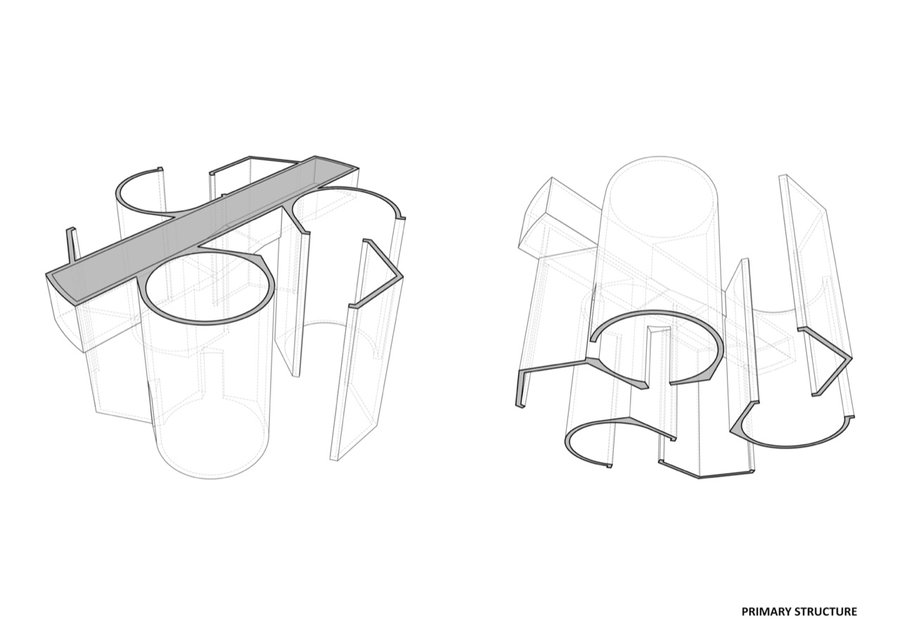 Inside the house, there’s no shortage of natural light, with various openings and skylights producing glowing shapes on the concrete floors, stairs, and white walls. Mimicking the topography of the slope outside, the home’s interiors can also be said to follow a much more straightforward logic than the strange and irregular exterior. This geometry becomes clear when viewed from above. 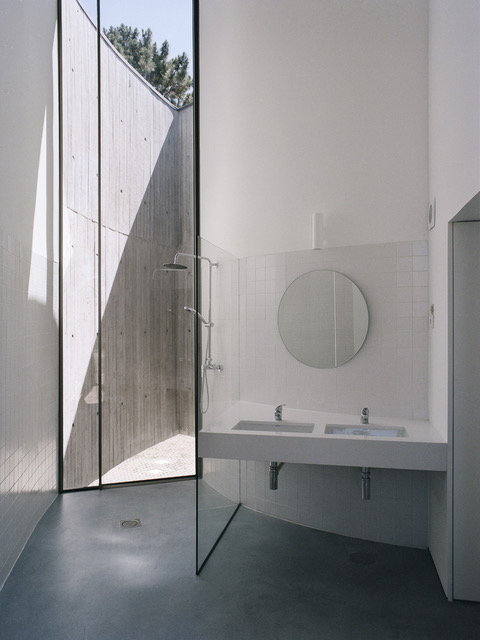 The firm adds that “’Casa Trevo’ exerts a peculiar sense of autonomy and monumentality, despite its small size. It is unified by concrete on the outside, subverting the perception of its scale, while serving as canvas for a dialogue between nature and architecture to be projected. It also exudes a solid impression of mass while revealing little of its inside. The house produces its own introverted world facing the sun, with private yet mutable spaces rendered intermittently by Lisbon’s brash light.” 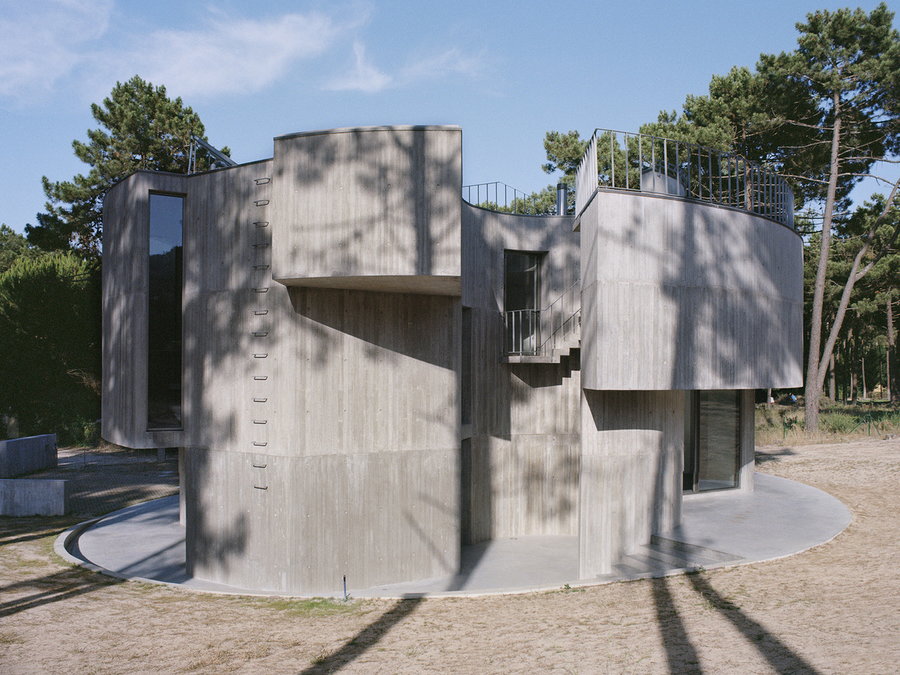 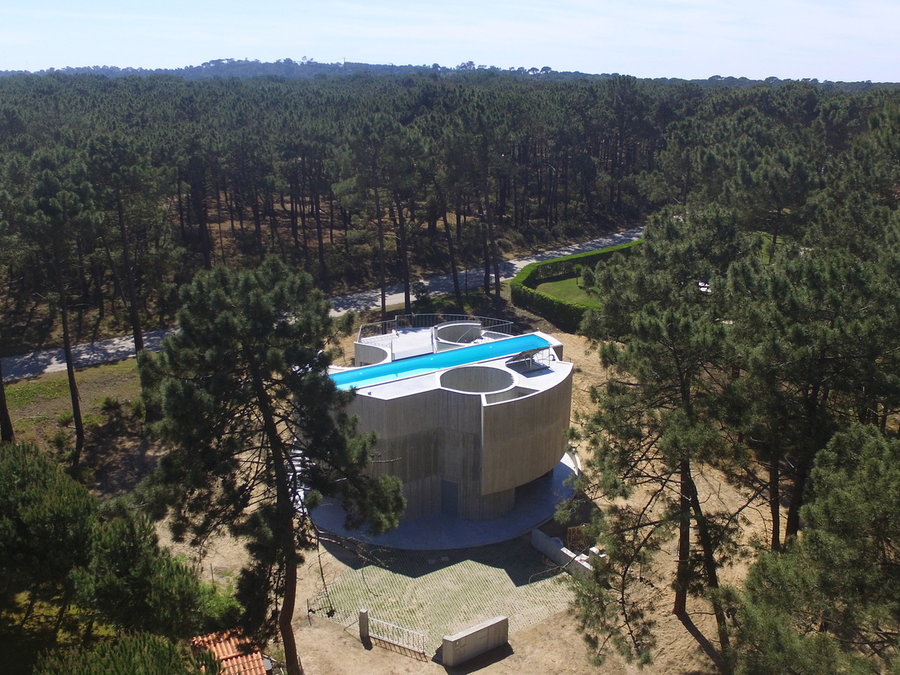 A house like this isn’t for everyone, of course, and it’s fair to ask how well its multi-level layout and unforgiving surfaces will serve its retired owners in the later years of their lives. But it’s certainly unique, and who wouldn’t lust over that pool? Casa Trevo unquestionably has a bit of an experimental feel to it, and frankly, that’s something we could use more of in a world overflowing with residential architecture. The architects’ own past experiments with cast-in-place concrete and novel shapes in everything from architectural columns to viewing platforms have clearly informed the design, and they’re all interesting in their own right, too.