The views are so serene and beautiful on La Punta Zicatela, a stretch of coast in Oaxaca, Mexico, that you might be tempted to frame them at every possible opportunity. That’s exactly what Ludwig Godefroy Architecture has done with its spectacular Casa TO, a small boutique hotel consisting of dramatic concrete shapes and cutouts. Designed with surfers in mind, the hotel aims to pay tribute to the landscape and its cultural history in bold new architectural terms. The design feels distinctly Mexican, but with a fresh modern spin and features that flout the common perception of concrete as cold and unwelcoming. 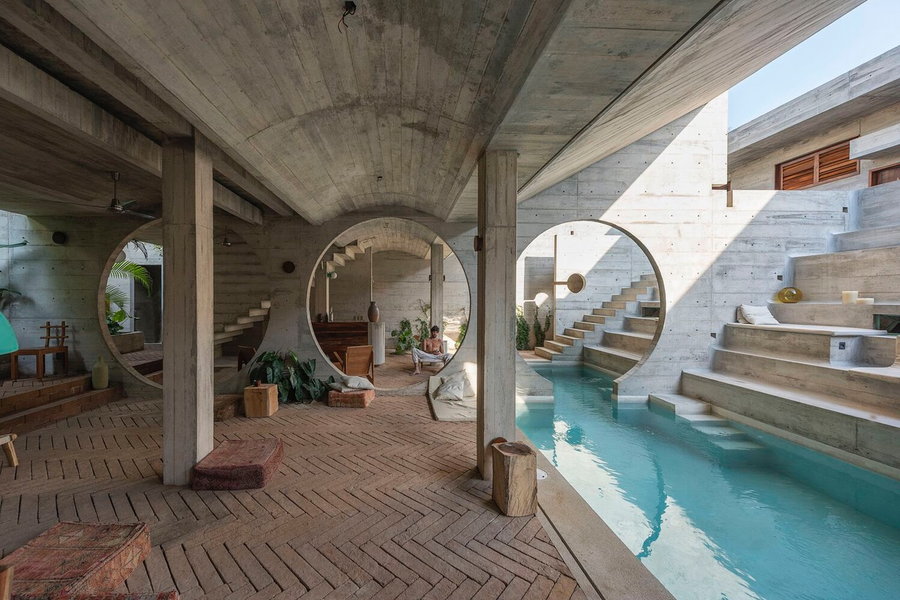 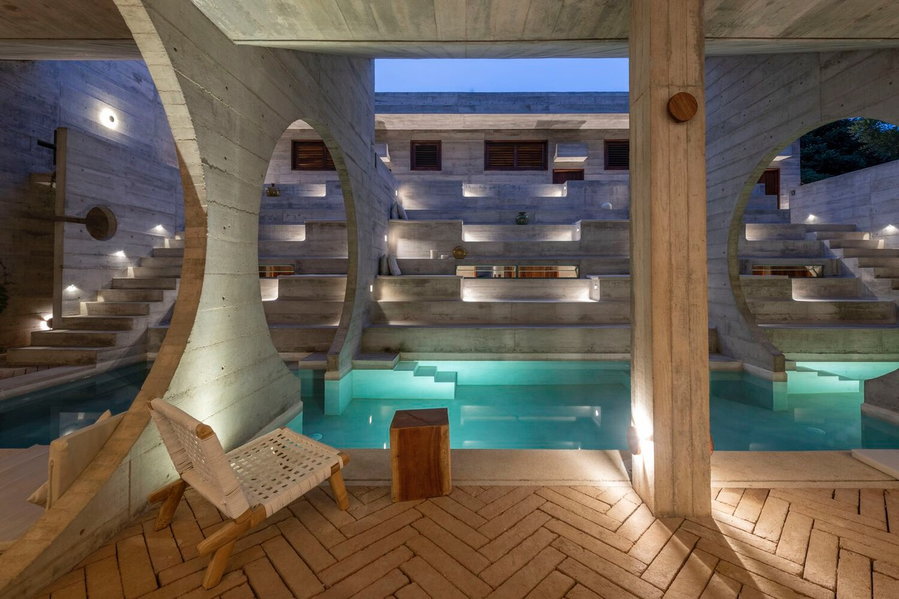 Casa TO features nine spacious suites acting as private sanctuaries in contrast to the open public areas. A covered infinity pool and terraced solarium form the heart of the hotel, offering stepped seating areas for guests to lounge in the sun and then wander down into the water to cool off. Enormous round portals in the massive concrete walls create interesting geometries and frame various views of the interiors and exteriors: the pool sparkling in the sunlight, vines crawling up the textural wall, inviting seating areas, and the lush vegetation outside. 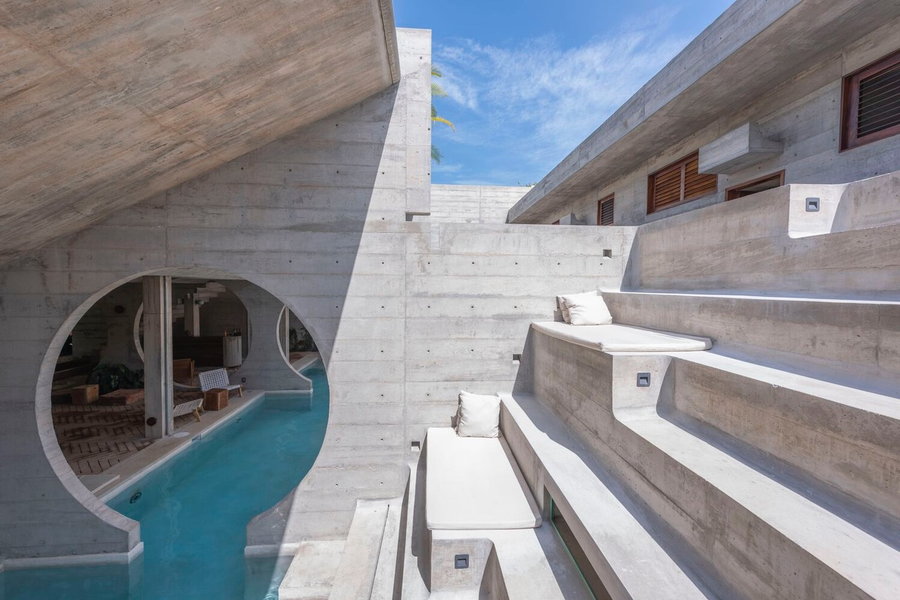 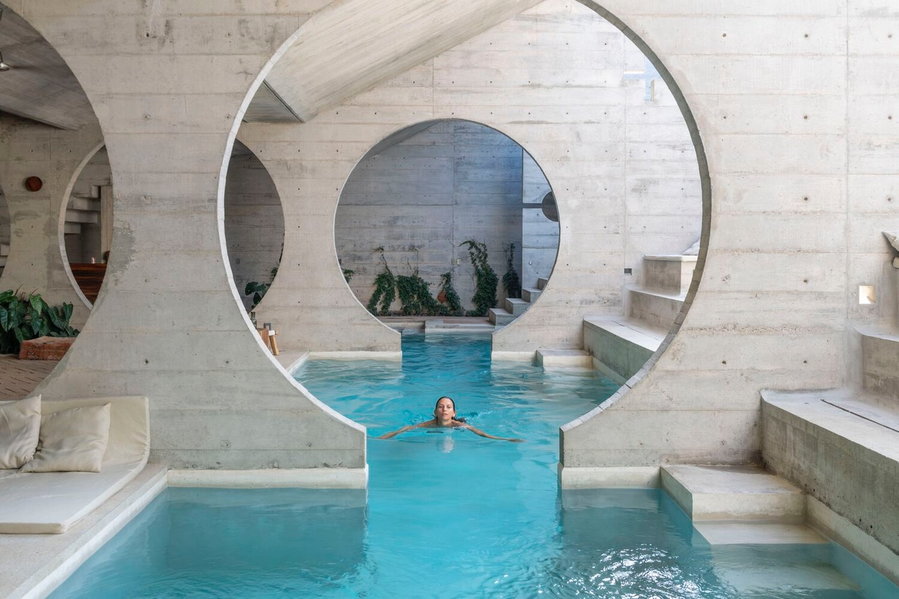 “The project was outlined under the imprint of simplicity and conceptual elegance, where tradition and avant garde are amalgamated in an unprecedented structure embraced by the tranquility of nature,” the architects explain. “Its name, Casa TO, arises from the idea of serene contemplation in a defined space, as the reinterpretation of an Oaxacan temple, which generates a radical sensory experience just by entering it. The structure evokes the lattice pattern of two historic waterworks of timeless beauty, the Basilica Cistern — Yerebatan Sarayi — in Istanbul, dating from the 6th century, and the Hornsey Wood Reservoir in London’s Finsbury Park, built in the 19th century.” 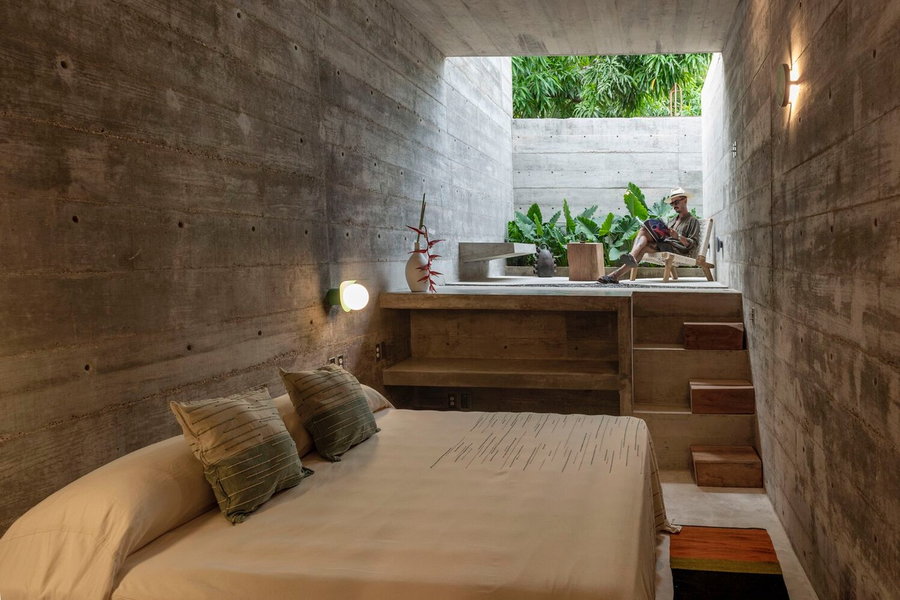 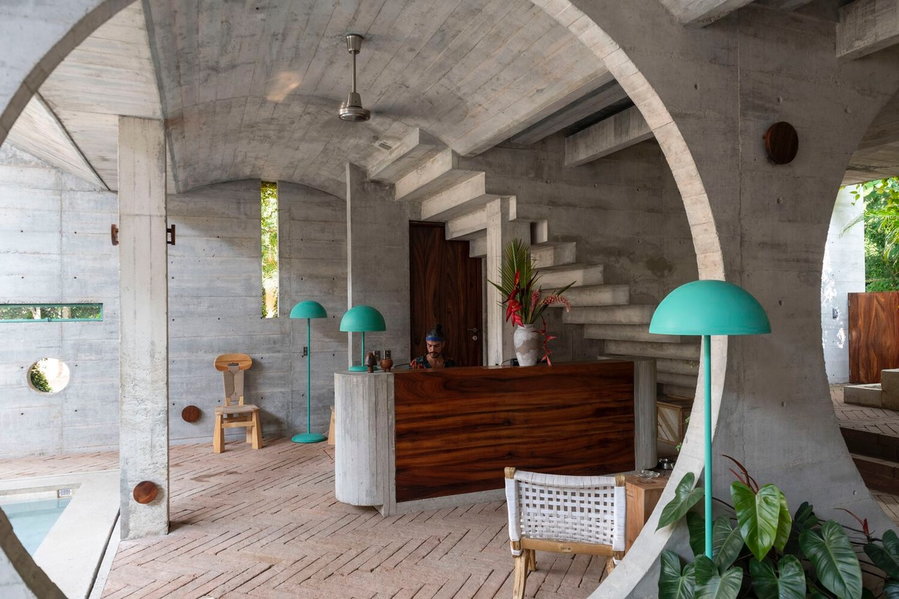 The team adds that “Casa TO’s natural environment defined its interior design, which was inspired by the natural hue of a blue Madagascar palm tree — Bismarckia nobilis — located on the original grounds. The color palette is made up of the typical tones of concrete and stainless steel, which are complemented by shades of turquoise, present in the ironworks, the lamps by Natural Urbano Studio, and some decorative details; in addition to yellow, blue, and green accents, which contrast in the glassware and textile elements made by Vivenda, Alfredo Orozco’s Experimental Textile Workshop, and the Taller Ocho rugs.” 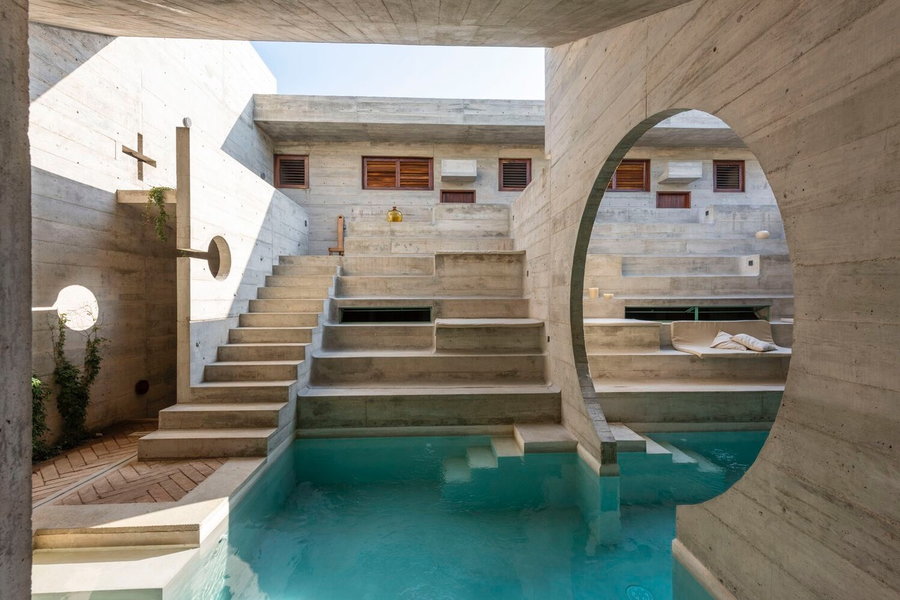 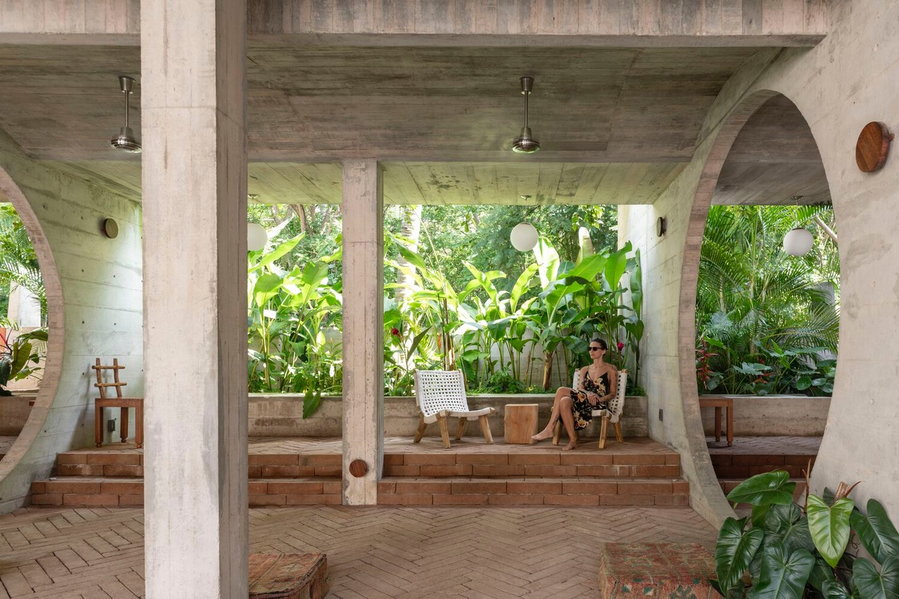 The influence of Oaxacan temples is evident in the hotel’s vaulted ceilings and steps, as is that of traditional Mexican courtyard houses, which are evoked in the solarium and the tropical greenery sprinkled throughout the hotel. Furniture built by expert carpenters from Puebla, Guadalajara, and Oaxaca stands alongside bamboo pieces by Tiago Solís Van Beuren. Guest rooms are open to the fresh air, with the beds tucked into little sheltered nooks and small private terraces acting as giant skylights. 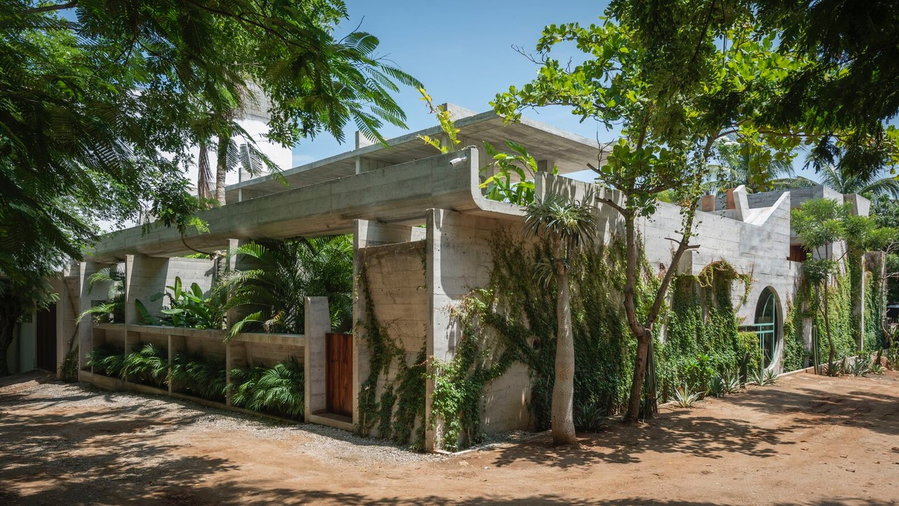 Casa TO is perhaps the most dramatic and innovative project yet from Ludwig Godefroy Architecture, an elevation of the firm’s signature aesthetic of clean concrete forms accented by warm natural materials. Check out their previous project, Casa Zicatela, a home that looks like a bunker from outside but hides luxurious private spaces and reflecting pools behind its sturdy walls.