Brutalist architecture is exactly what it sounds like. Characterized by utilitarian, monolithic concrete forms, this 20th-century movement remains as divisive as ever. Some people love Brutalist buildings for both their historic importance and their bold, graphic qualities, while others find them cold, imposing, and just plain ugly. It also doesn’t help that they were often associated with totalitarianism (rightfully or not). 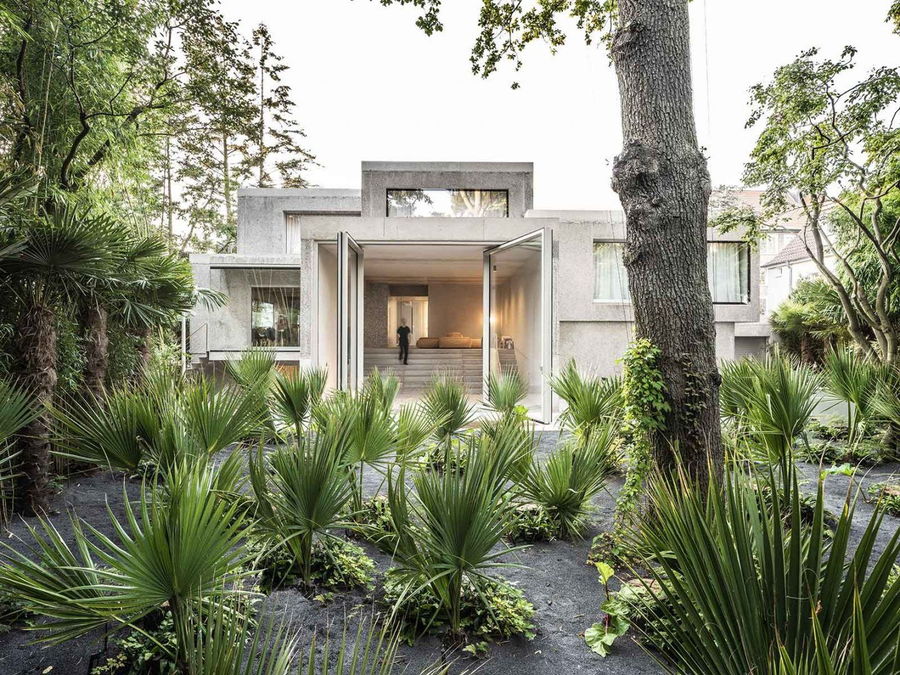 Even if you don’t mind their dramatic shapes and extensive use of rather unforgiving materials, it’s hard to deny that Brutalist structures don’t exactly age well. The concrete used to create many of them started to crumble within decades, and today, they’re commonly stained, gray behemoths surrounded by buildings in clashing styles. Many of them have already been demolished, or are at least in danger of being lost. But could more of them be salvaged with simple makeovers, even in places where they’re despised?

German architecture firm J. Mayer H. answers this question with “Casa Morgana,” a reimagining of a former Brutalist building in the north of Germany. The blocky home previously had a severe, gloomy feel that was out of step with its lush surroundings. Joining it with that greenery was the first and most important element of its transformation. 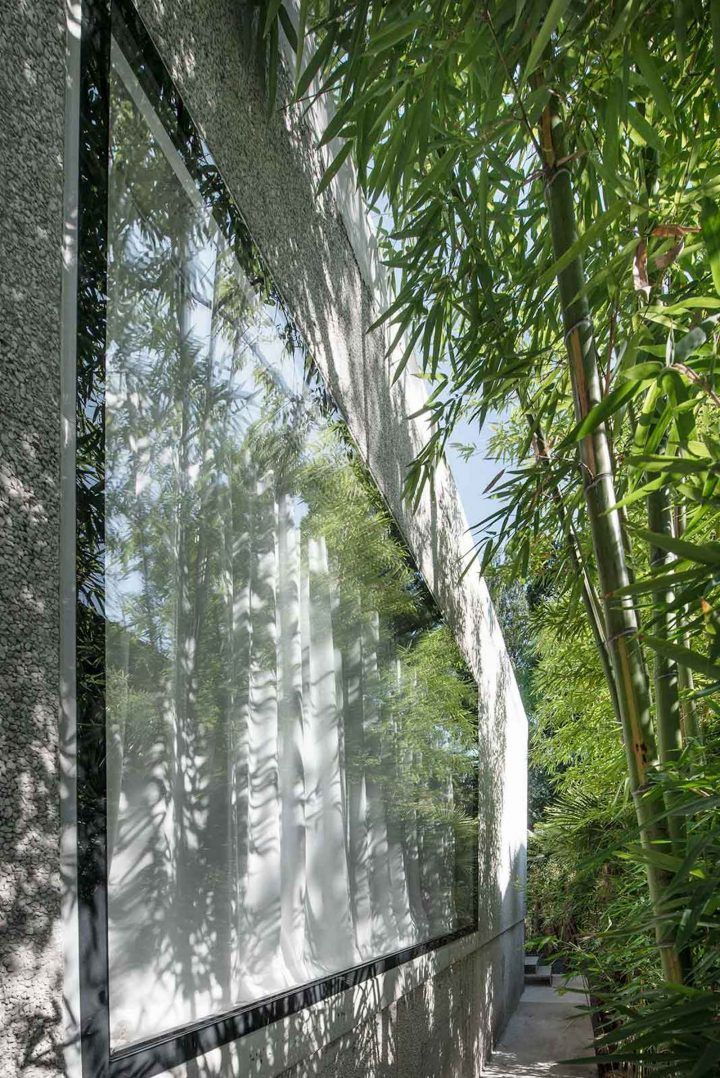 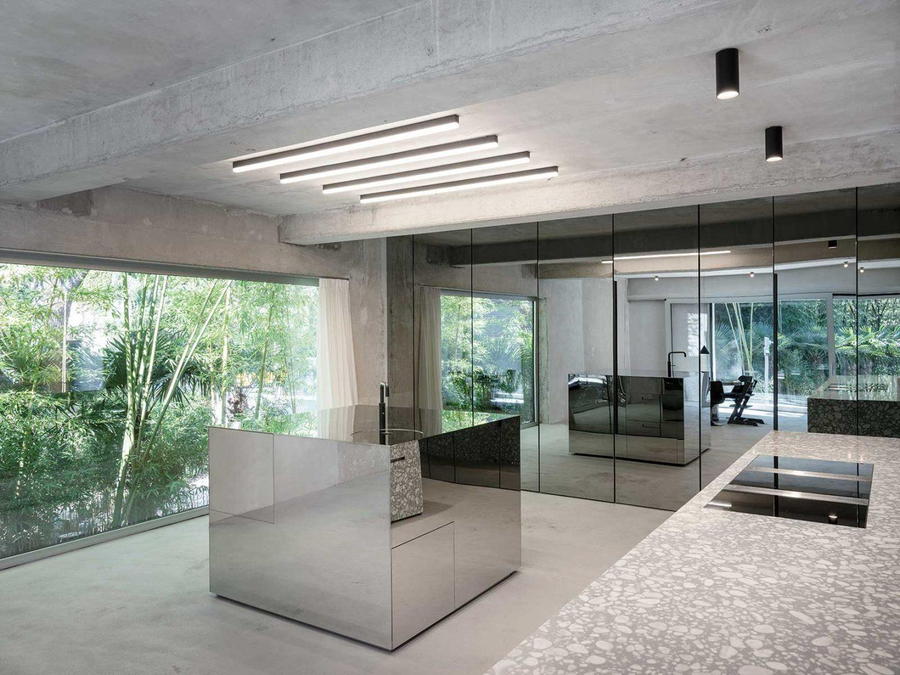 The firm hired landscape architect Tita Giese to pull some of that vitality into the structure itself with new gardens full of bamboo, palm trees, and ivy. The result almost makes it feel like an ancient, secret temple accidentally discovered on a long trek through the jungle.

“Casa Morgana is somewhere else,” say the architects. “Surrounded by neighboring homes dating from the late nineteenth century, the building is like an abstract volumetric study for a potential building and seems to have fallen out of context. Surrounding nature simulates a subtropical oasis and locates the residential sculpture between optical disturbance and atmospheric displacement.”

“The three-story building consists formally of several differently-sized cubes placed at staggered levels on top of one another, connected by a central stairway. The existing building from 1972 and its annexes from 1991 were reduced to their shells and then retaken with targeted interventions: not as a cosmetic makeover, but as a location that distills and continues the archaic and brutalist aesthetic from the time of the building’s original emergence.” 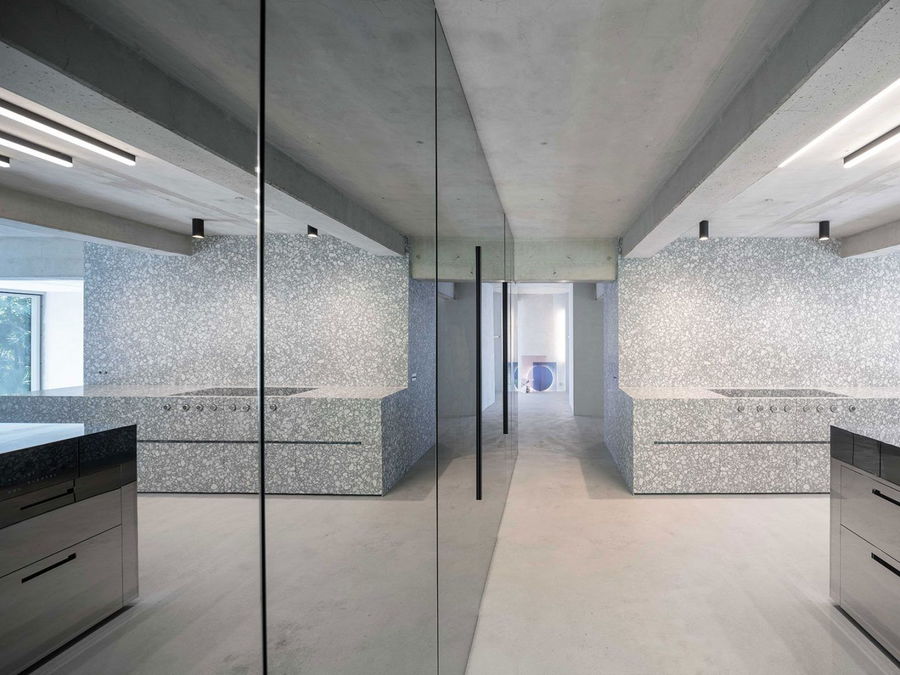 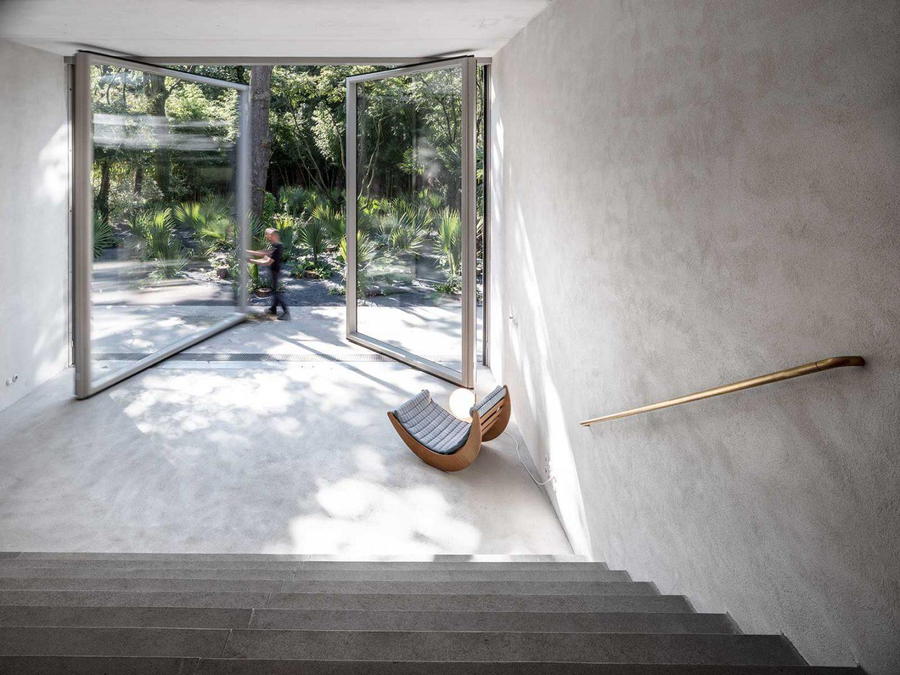 The house is still indisputably Brutalist, but it’s been nicely adapted to the needs and preferences of contemporary times. The architects partially removed some ceilings and walls to create staggered floors and different room heights, allowing the house to slowly unfold in surprising ways as you move through it.

Mirrored walls, speckled terrazzo surfaces, and shimmering metallic accents play with the concrete instead of working against it, brightening it up all throughout. Enormous operable glass doors eliminate some of the barriers between inside and out, as do the concrete elements that continue out into the yard. They also cleaned up the concrete surfaces to give them a bit of a facelift. 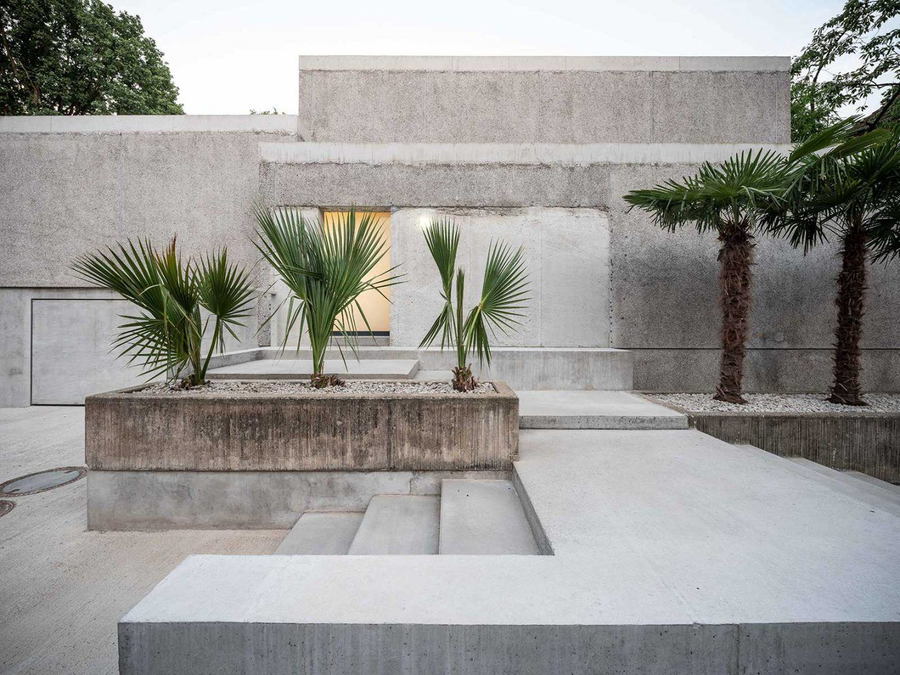 Obviously, a home like this still isn’t for everyone, even after its transformation. But perhaps, in the hands of J. Mayer H., it can help persuade more people to give Brutalist buildings a second chance — regardless of whether they think they’re wonders or blunders.