Given how much cars evolved aesthetically during the 20th century, it would seem that we’re now stuck in bit of a rut. Most contemporary vehicles are physically indistinguishable and haven’t really changed much over the last couple decades. Automotive designers say there’s a combination of three major factors that influence their look: government regulations, manufacturing restrictions, and consumer expectations. Materials must be light, shapes must be aerodynamic, and manufacturers want to be able to create them as cheaply as possible using equipment that already exists. 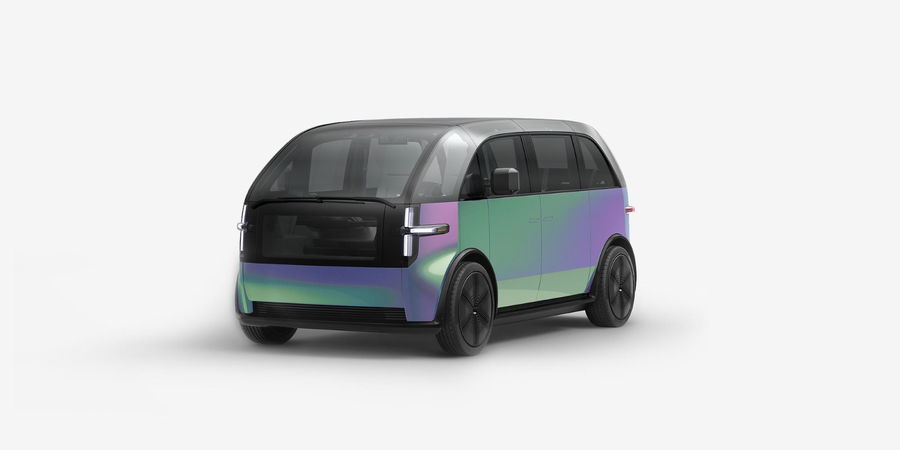 Even putting practical concerns like economics and fuel efficiency aside, the third factor throws a wrench in any efforts to create a vehicle design that’s too far outside the box. For whatever reasons, people are wary of cars that look “weird,” and since our ideas about what’s attractive tend to vary widely, nobody can seem to agree on the styles that make a car look cool and fresh. Just take the reaction to Tesla’s boxy Cybertruck for a recent example.

But that doesn’t mean auto designers shouldn’t keep trying. If we ever want to get our flying cars, we have to allow things to progress in increments, don’t we? So why should cars using the latest technologies look like any other car? BMW engineer Ulrich Kranz aims to take a few steps forward with the Canoo, a sort of van/SUV mix with a footprint the size of a Toyota Prius. 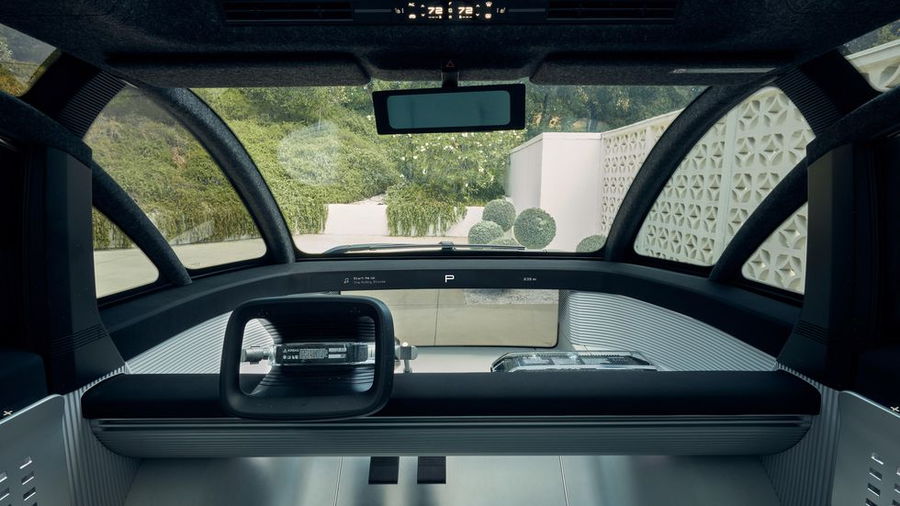 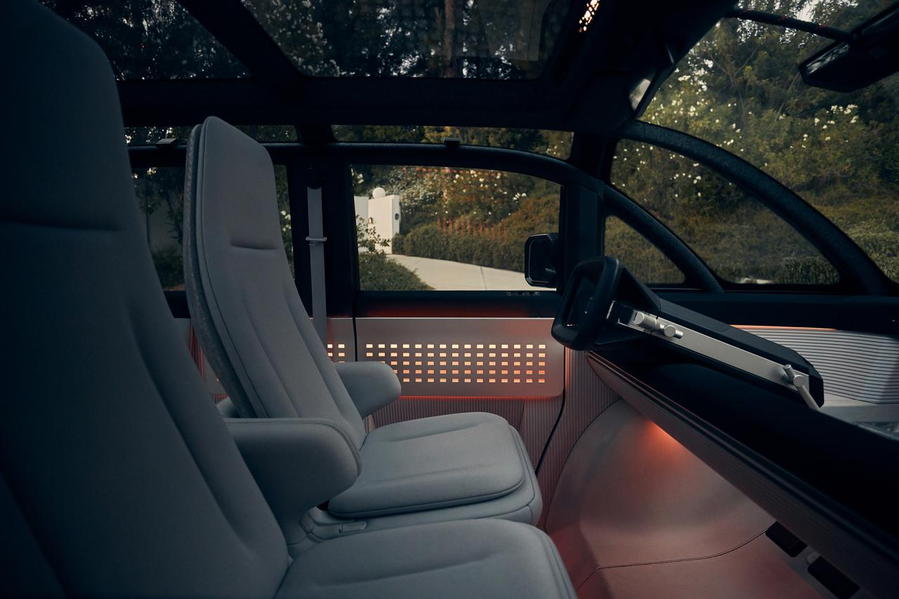 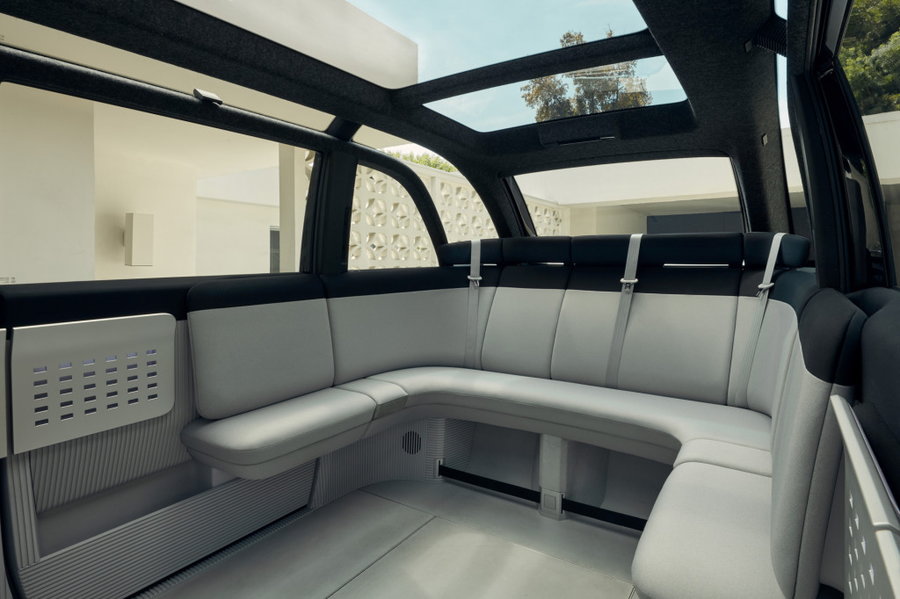 This shiny, beetle-like vehicle looks unlike anything you’ve ever seen before. The company calls it “a loft on wheels,” featuring a spacious interior with a U-shaped bench in place of back seats, tons of cargo room in the center, an overall design inspired by modern furniture, and a whopping 22 windows made to optimize light and visibility. In fact, virtually every surface from the doors up has been kept transparent, completely eliminating blind spots.

If you need to transport furniture or other large objects, there’s already plenty of space for that in the back, and the rear seats still fold down as usual. But when you need to fit additional people, the car really reveals its uniqueness: two “drawer” seats pull out in the upper part of the U-shaped bench, and two more fold down from the backs of the driver and passenger seats. 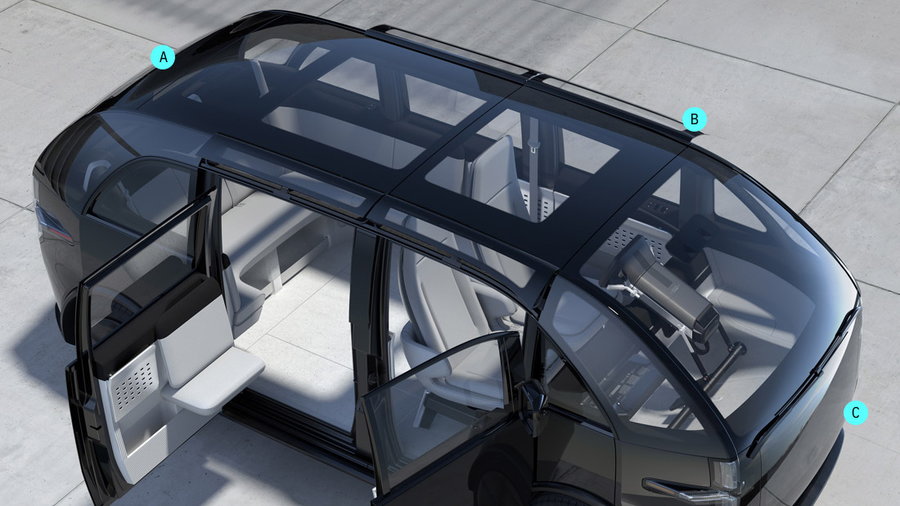 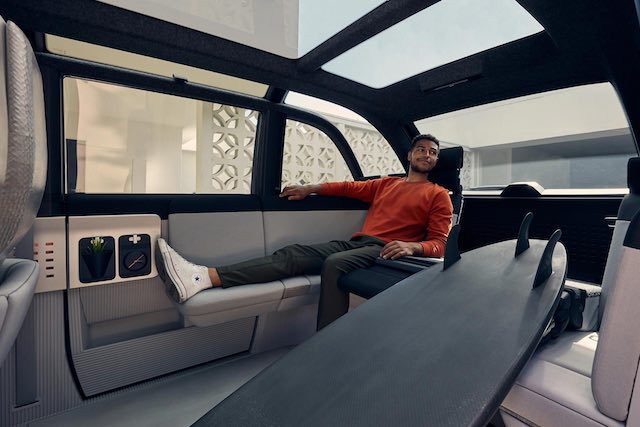 Bright T-shaped LED lights built into the body of the vehicle give it a little bit of a futuristic edge, while the interior features soft, adjustable ambient lighting. You’ll find all the expected pockets and cupholders inside, too, but you can also add on accessories like phone holders, skateboard racks, laptop pockets, and even tiny planters. And if you get bored having a car that looks the same for a long time, you can even switch out the “wrap” on the exterior for a new color, or add cool vinyl graphics.

The Canoo’s small footprint already makes it easy to drive and park, but it also boasts a fully digital steering system that will allow existing models to be upgraded to autonomous technology just as soon as it becomes widely available. Other components are upgradable, too, and there’s no built-in screen that will soon be obsolete: the company acknowledges that we all just use our smartphones most of the time, anyway. The battery also gets a 250-mile range and charges up to 80 percent in thirty minutes. 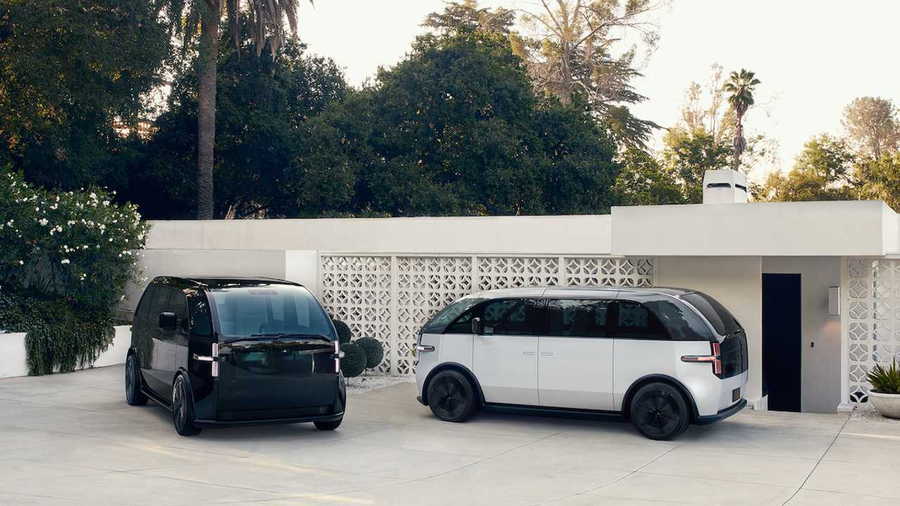 More importantly, the Canoo offers futuristic flair to everyone, not just millionaires who want to collect supercars. Users will even be able to rent the car for a fixed monthly fee that includes insurance, charging at existing stations, and registration without signing any long-term leases. It’s currently in testing, but production is expected to start by the end of 2020, with customers receiving the first cars in the Los Angeles area by early 2021.

Check out more features and details at the offuicial Canoo website.