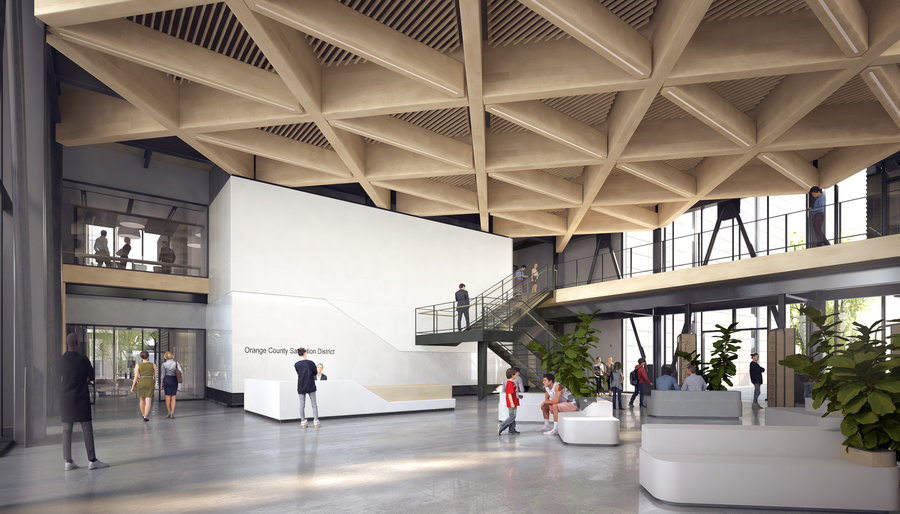 In an effort to promote more eco-friendly building practices and reduce the risk of annual wildfires, California has opened the doors to a new competition encouraging the creative use of mass timber products.

Well established in Europe and increasingly accepted in Canada as a viable building material, mass timber most commonly comes in the form of structural panels, posts, and beams made by using glue or nails to press several layers together. For extra strength, the wood grain of each layer is stacked perpendicular to those next to it. California is the largest consumer of engineered wood products west of the Mississippi River for a variety of reasons, yet none of the materials are made in-state. Now planners and developers are looking at ways mass timber might help solve other state problems such as limited housing, pollution, and wildfires. 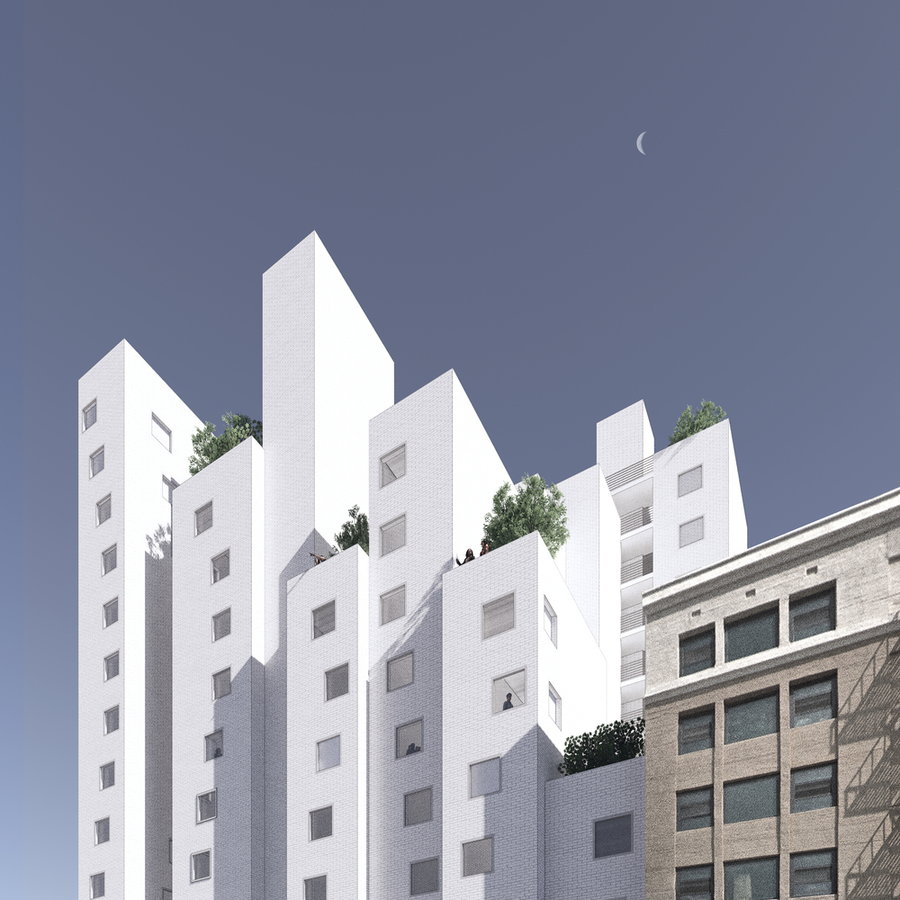 Another benefit of mass timber construction is a lower rate of carbon emissions. The production of mass timber yields less CO2 than steel or concrete, and perhaps even better, the finished product helps store carbon within buildings, keeping it from ever spilling out into the atmosphere. Andrew Ruff from Gray Organschi Architecture, a leading proponent of the laminated wood revolution, explains that “the typical steel and concrete building has an emissions profile of 2,000 metric tons of CO2. With mass timber you can easily invert so you are sequestering 2,000 tons of CO2. Instead of adding to climate change, you are mitigating climate change. That’s the goal.”

Mass timber is produced using a variety of materials, many of which have traditionally been less desirable by building materials production companies, including the wood from relatively small-diameter trees and trees that are dead or dying due to insects or disease. For California, this creates an opportunity to clear out underbrush that could potentially contribute to future wildfires — an increasing problem within the state.

In short, mass timber is super strong, fire-resistant, aesthetically pleasing, and able to work both alone and alongside other materials as a structural element. 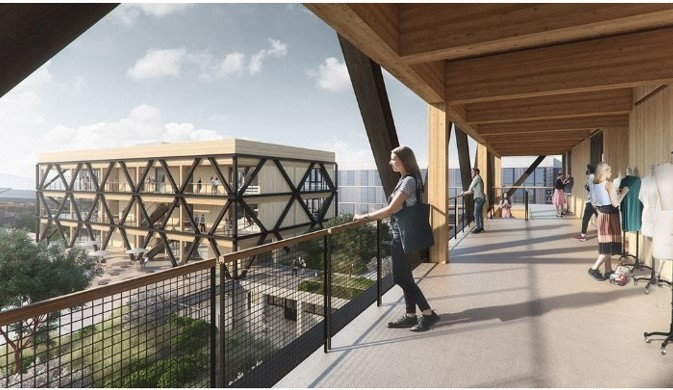 With this information in mind, the WoodWorks Wood Products Council recently sparked a competition offering designers and architects an opportunity to present their best mass timber projects. With $500,000 on the line, four projects ended up receiving funding, while two others were acknowledged through honorable mentions.

“Increased use of mass timber can benefit forest health and rural economic development while reducing carbon emissions related to construction in California,” says Jennifer Cover, president and CEO of WoodWorks. “The winning projects further highlight the design possibilities of timber and encourage wider adoption of its use throughout the state and across the country.”

The California College of the Arts Campus Unification Project in San Francisco, presented by Studio Gang Architects, received $200,000 for their campus expansion plan that fit neatly with the larger project goals for remaining carbon neutral. 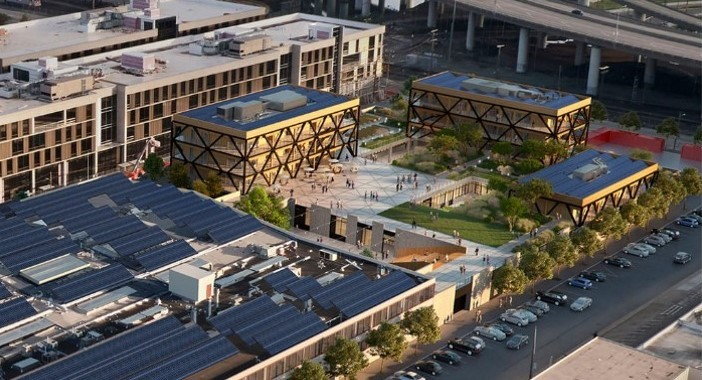 The Skid Row Housing Trust also received $200,000 for a multi-housing structure intended to house low-income groups in Los Angeles. Michael Maltzan Architecture designed the 77,190-square-foot, 14-story building, which will include 150 studio apartments in a project called “The Fifth.” In the past, building codes across the country have been a major contributing factor in the slow acceptance of mass timber, with many requiring significantly more expensive steel or concrete materials for buildings over six stories high. But in places like L.A. where land is sparse and expensive, cost-effective construction has become key. 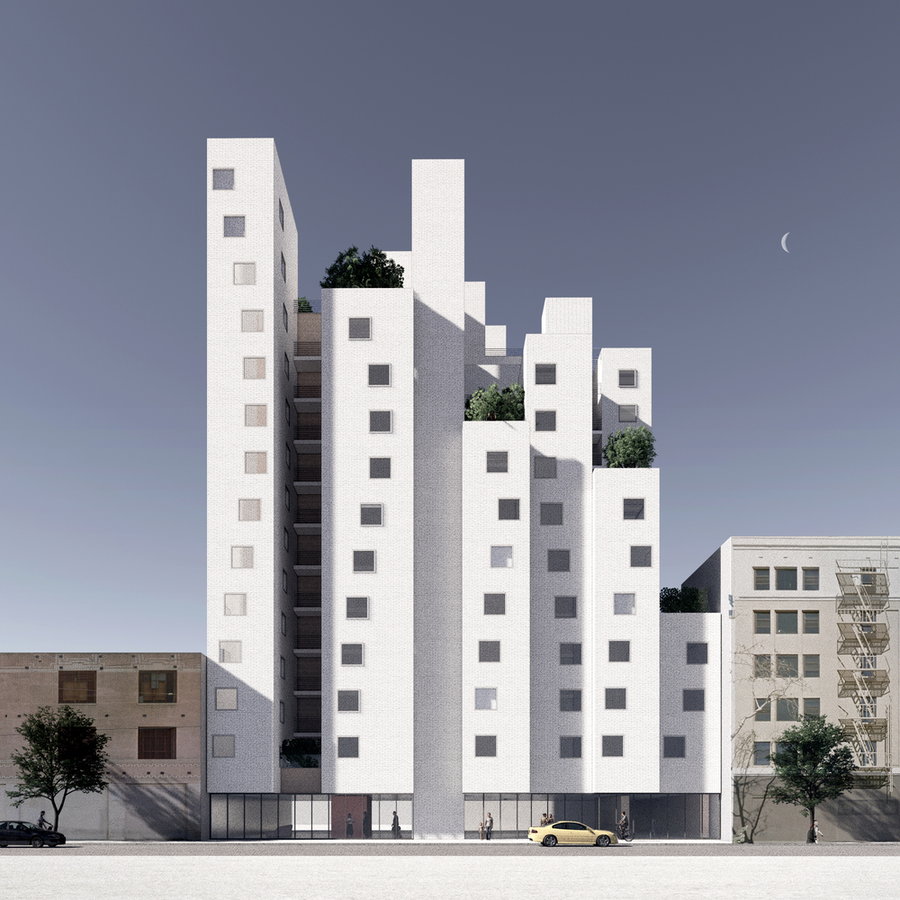 Another $40,000 was awarded for the new headquarters at the Orange County Sanitation District — a 109,000-square-foot hybrid building that will also rely on steel for some structural elements. Naturally, the mass timber in this project will be left highly visible as an inspiration for other builders. 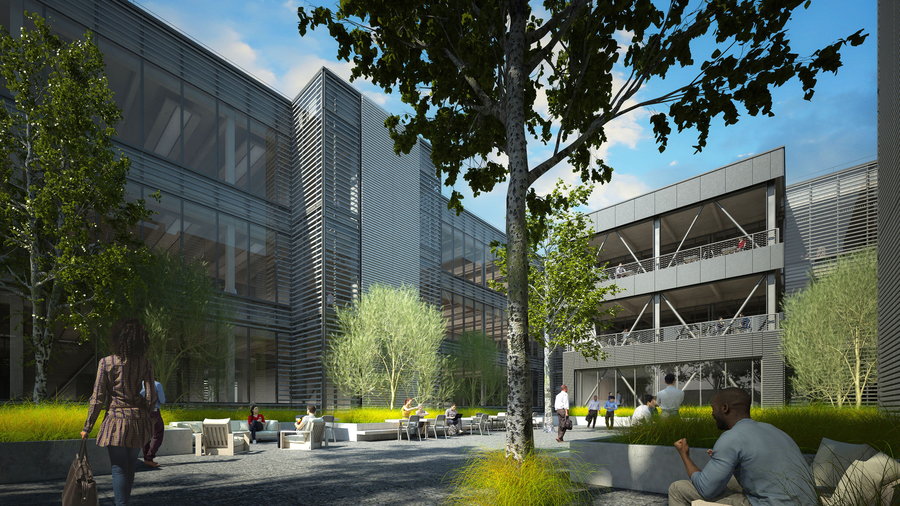 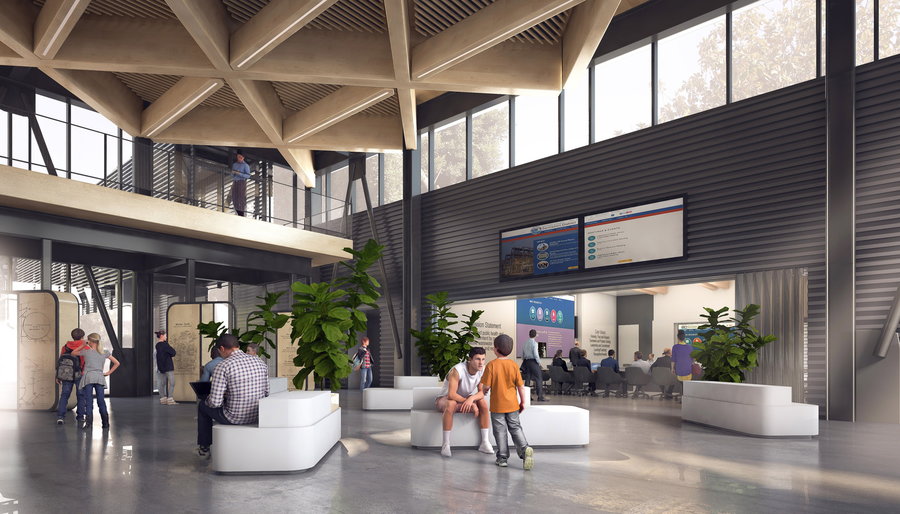 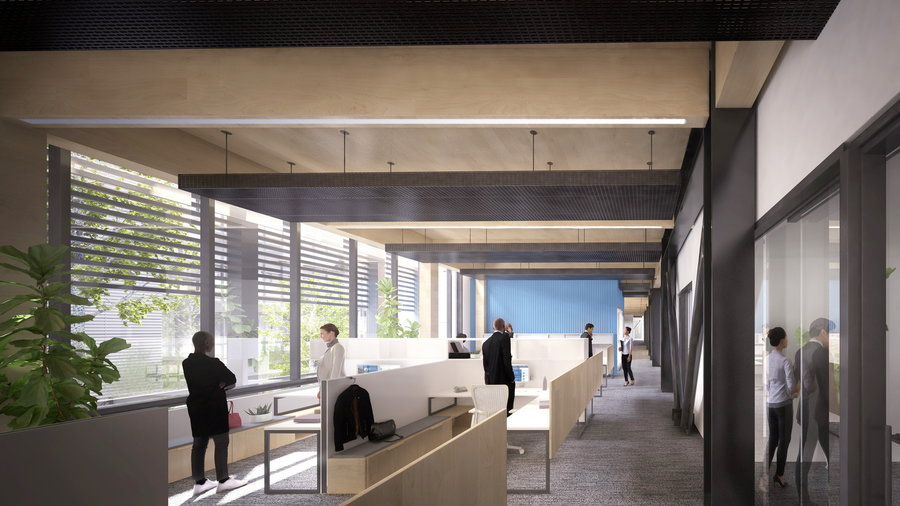 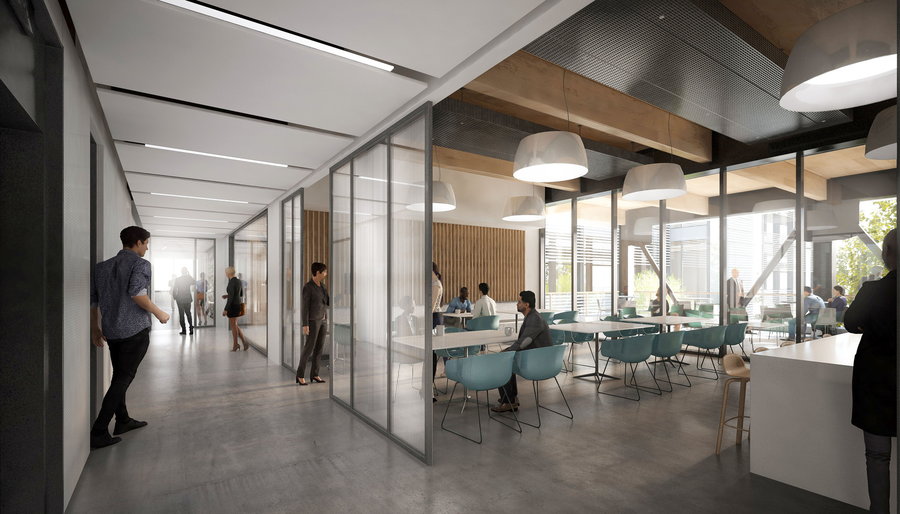 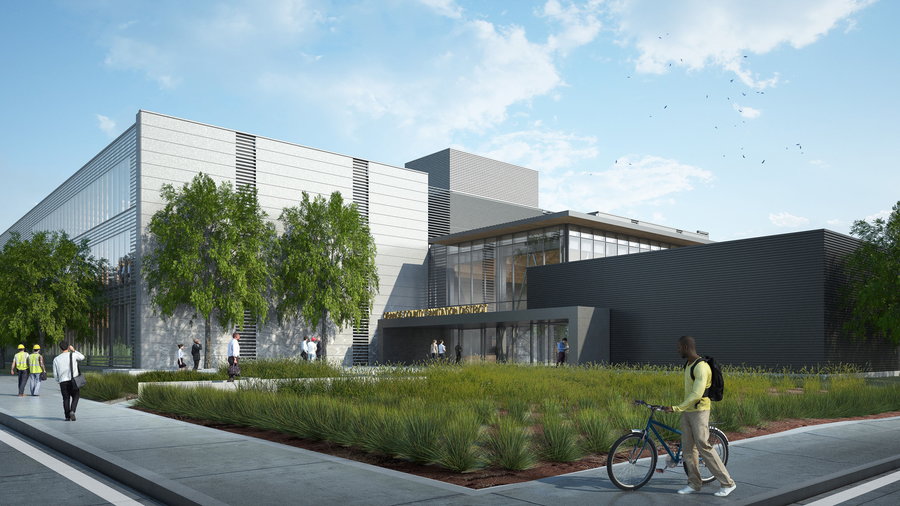 The fourth award went to the Sunnydale Development Company, who was awarded $40,000 for a community center within San Francisco’s Sunnydale and Visitacion Valley neighborhoods. The space will provide family programs and recreation services for youth in an area known for being economically distressed in recent years. 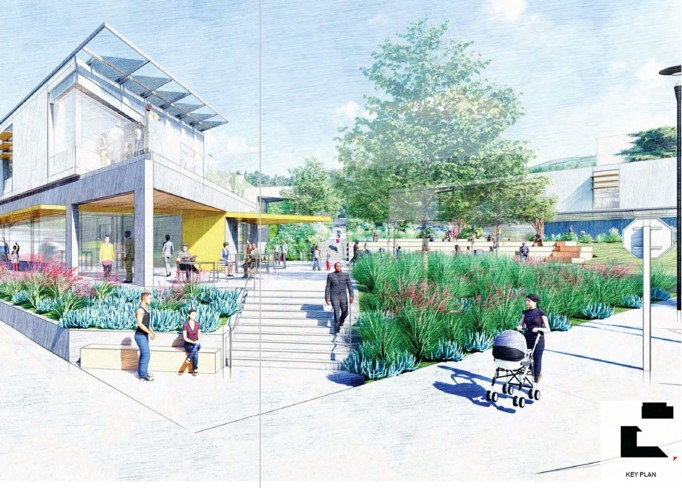 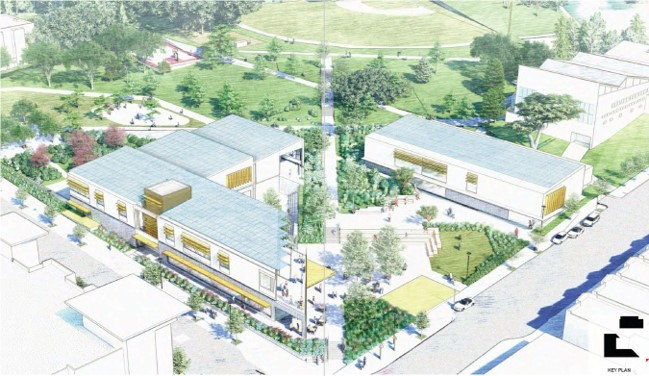 An honorable mention went to the Tahoe Regional Arts Foundation’s 75,000-square-foot freeform mass timber building, with a design set in the forest and intended for indoor and outdoor performances, exhibitions, and festivals. 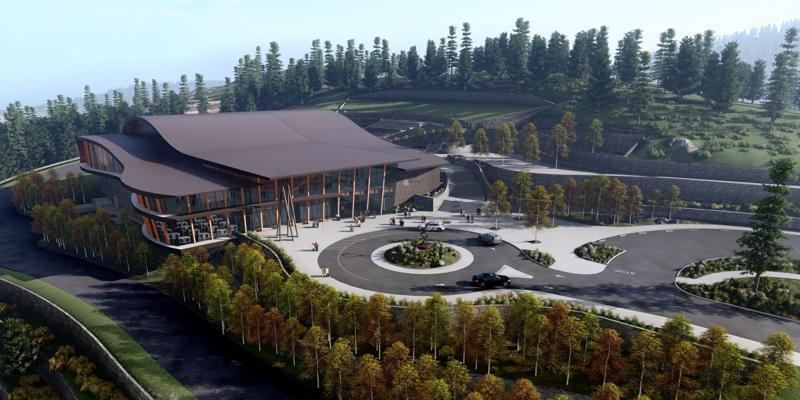 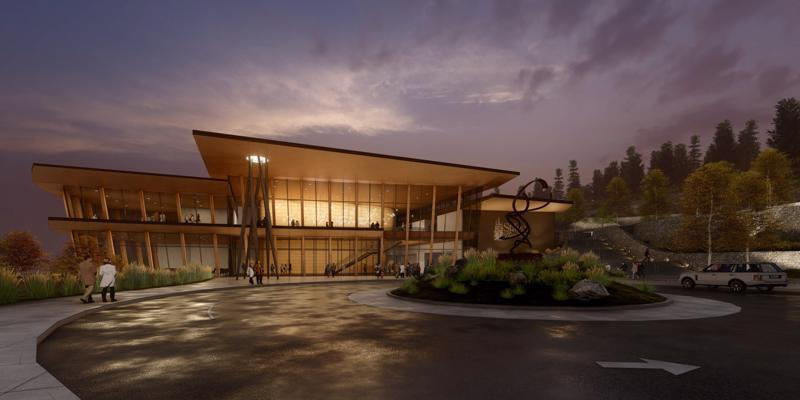 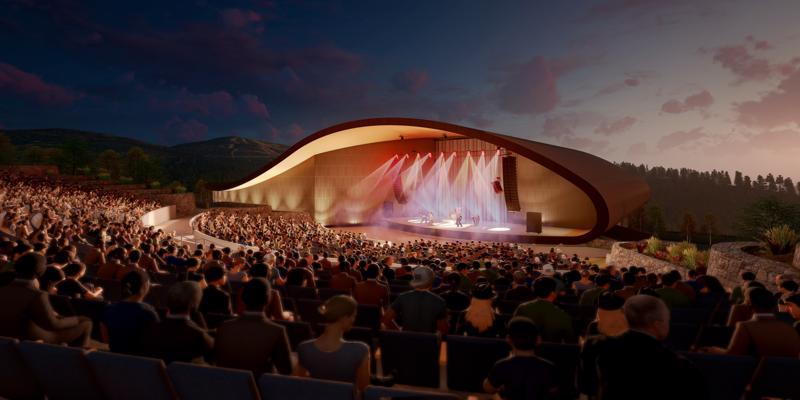