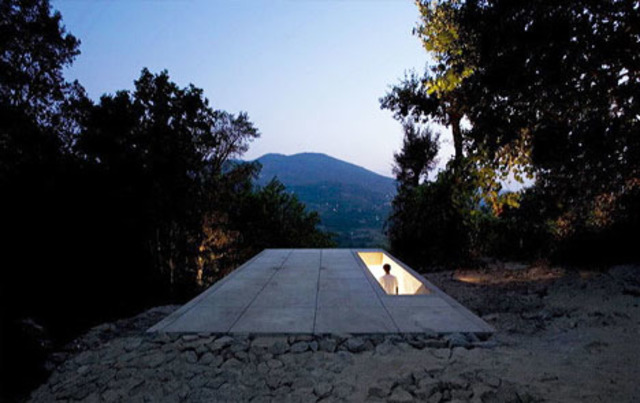 Building a house on a slope is at once one of the oldest design challenges and greatest design opportunities. The site has a built-in limitation that also has incredible possibilities in terms of security, circulation and potentially amazing views. This underground stepped concrete house by Alvaro Siza pushes the limits of architectural possibility of what some might see as an impossibly limiting site conditions. 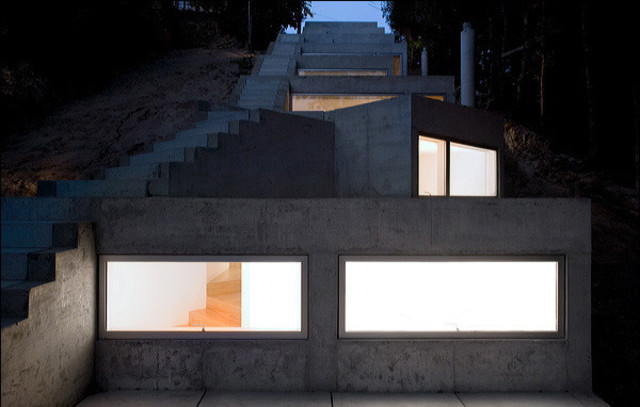 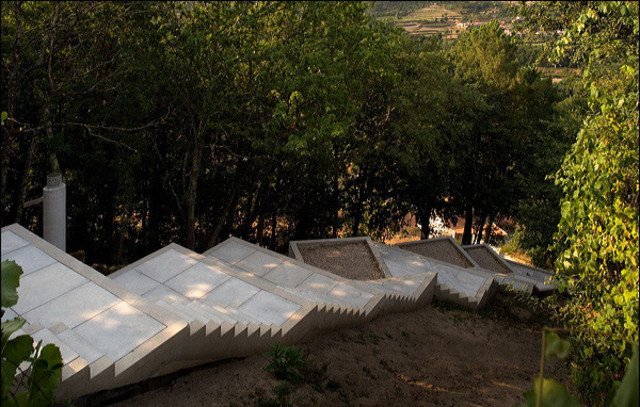 From a minimalist and modest entrance at the top of the hill one makes their way down through an extensive layered holiday home with multiple bedrooms, bathrooms and small living, dining, kitchen and pantry areas. Facing south, the experience is one of layered light and views as one proceeds through each level. 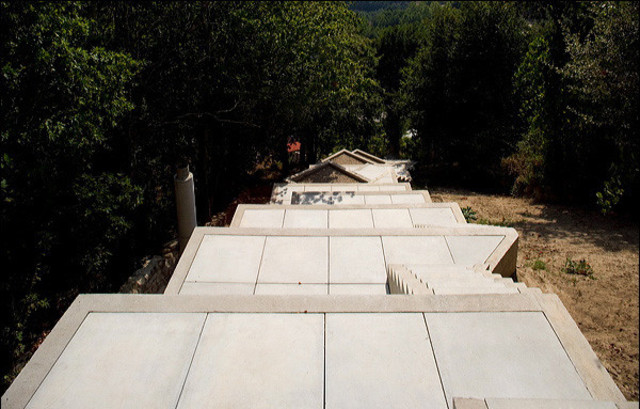 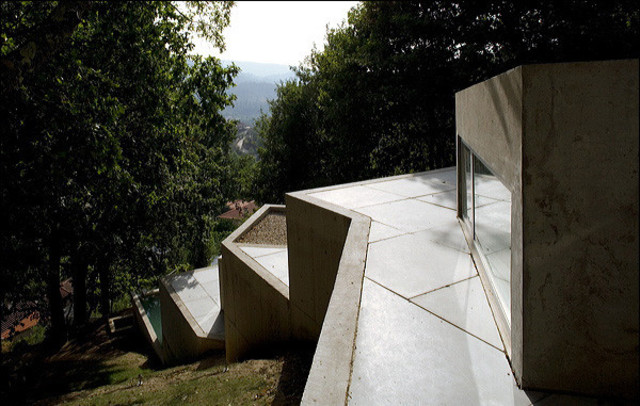 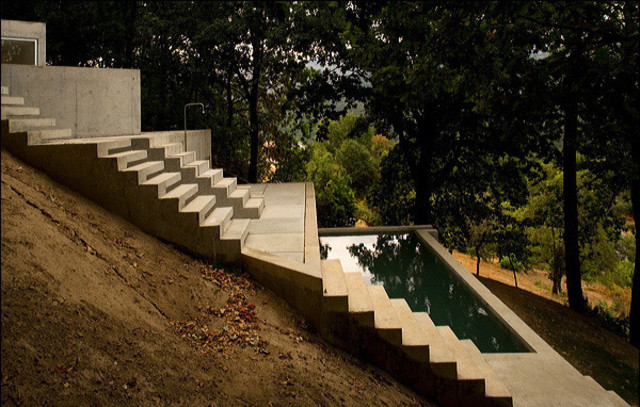 The roof of the house plays off the surrounding grade, selectively dipping below and rising above the terrain – conforming to the environment but also in tension with it. Individual shifts in orientation, size and elevation correspond to aspects of what is around – a modernist but contextual intervention in nature. 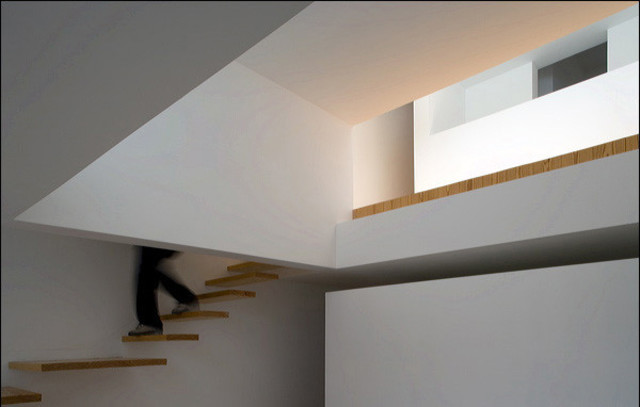 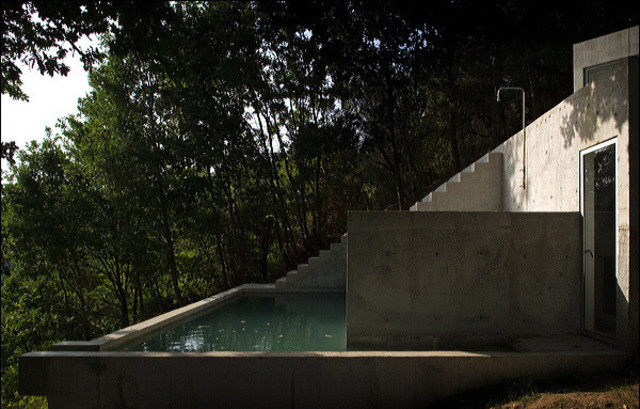 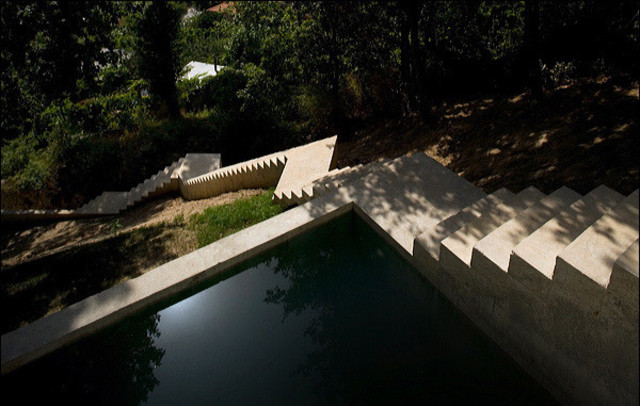 Outdoor and indoor routes intertwine throughout the site, allowing people to move in and out of the stepped house with fluid ease at various levels and enhancing the connection of interior and exterior. Best of all, the inherent variety in the built forms and building orientations provide for surprises and experiences no one could plan for.

Despite its complexity and apparently lavish modernity this subterranean house was built with significant budget restrictions – making its successful execution all the more impressive. Critical and compelling design moves such as pushing it underground, limiting its footprint and using concrete were as much financially as aesthetically driven.

Day and night, this house provides so many beautiful perspectives for visitors from within and from without. In the daytime it blends with its surroundings or looks like an object building from a distance rather than a composite of modules – and at night the glow from windows creates patterns in all directions.