British fashion house Burberry is bringing its signature camel trench coats and check-patterned garments to an unexpected place: the digital world of Minecraft. Launched in November, Burberry’s in-game Minecraft adventure is called Burberry: Freedom to Go Beyond, taking place in a version of London rendered in the game’s signature pixelated style. The adventure incorporates a 15-piece capsule collection Burberry developed for players of the popular survival game, but it’s also available in real life.

The 15 pieces include multiple Burberry logo t-shirts, a Minecraft logo jacquard scarf, a black cotton gabardine car coat, a Burberry logo baseball cap, a square cotton scarf, a hoodie, a bucket hat, jogging pants, and sweatshirts. The final item in the collection (and perhaps its most notable) is a version of Burberry’s classic Waterloo trench coat featuring a pixelated white Burberry x Minecraft logo on the back. 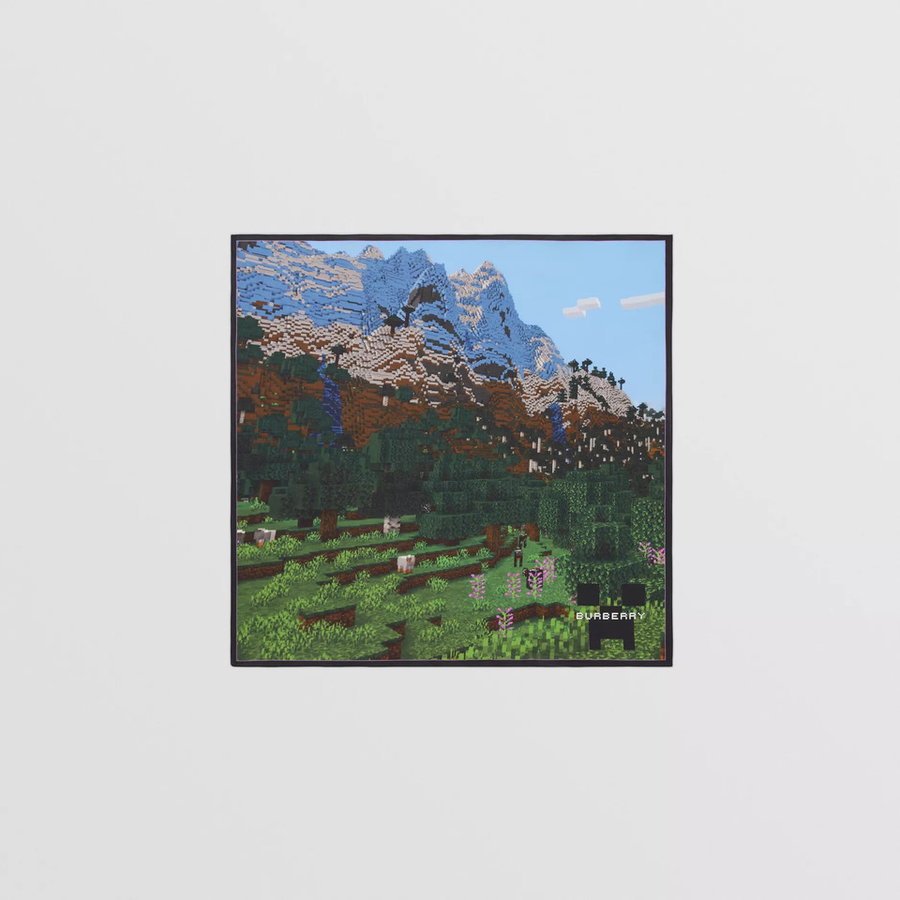 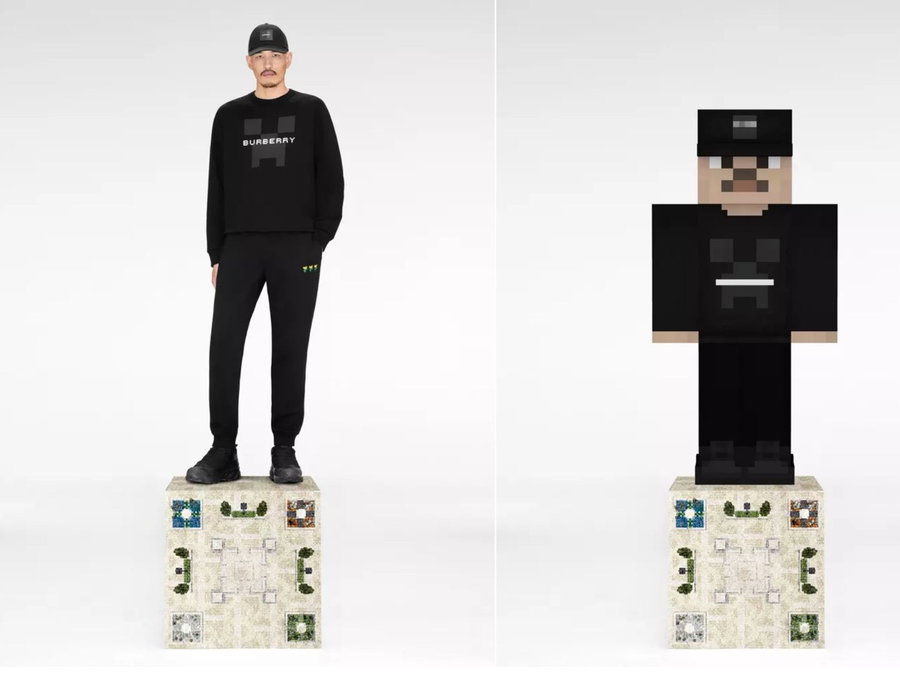 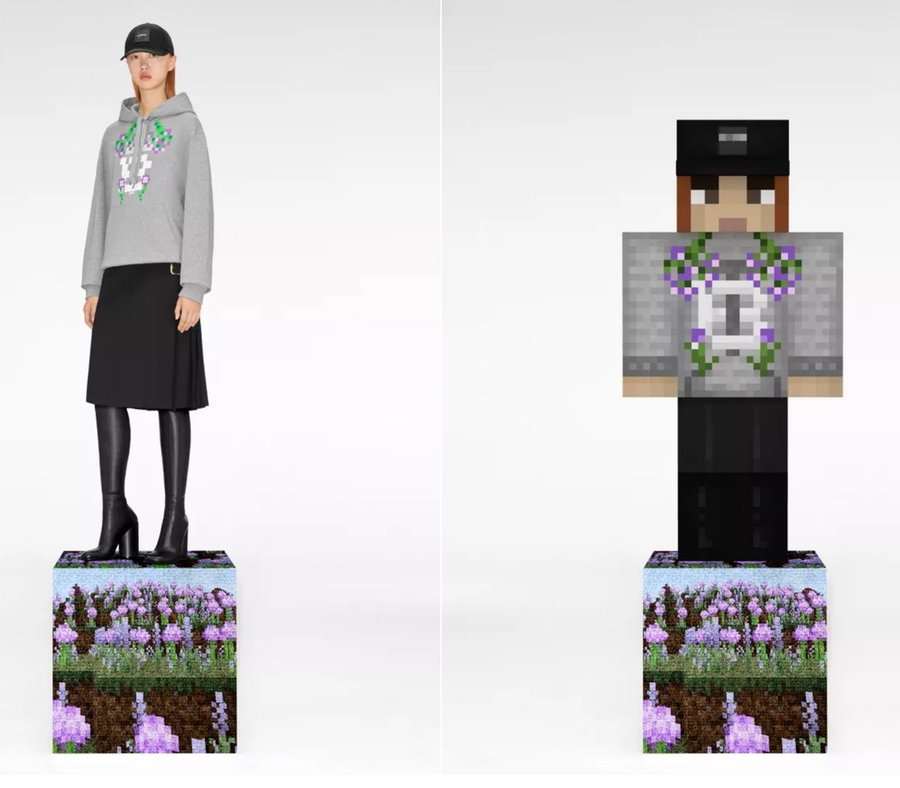 The collection’s laid-back loungewear vibe merges the distinctive styles of the two brands, with comfort being the main priority. Price tags are in the usual Burberry territory of $250 to $2,990. The Burberry x Minecraft collection can be purchased online and in select stores in New York, Shenzhen, London, Tokyo, Seoul, Taiwan, and Bangkok. 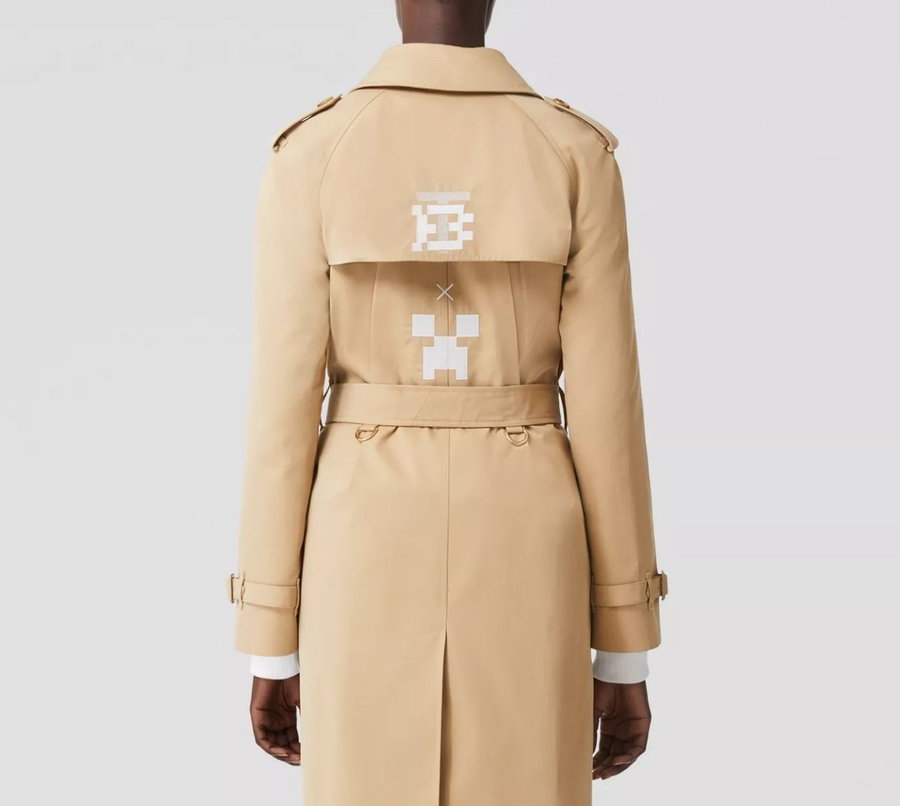 Each real, physical garment has a digital counterpart in the game. Avatars wearing the collection get the chance to complete a series of challenges within four realms, like navigating a maze covered in Burberry’s signature pattern. The game itself is downloadable for free as an add-on adventure for the Minecraft game. 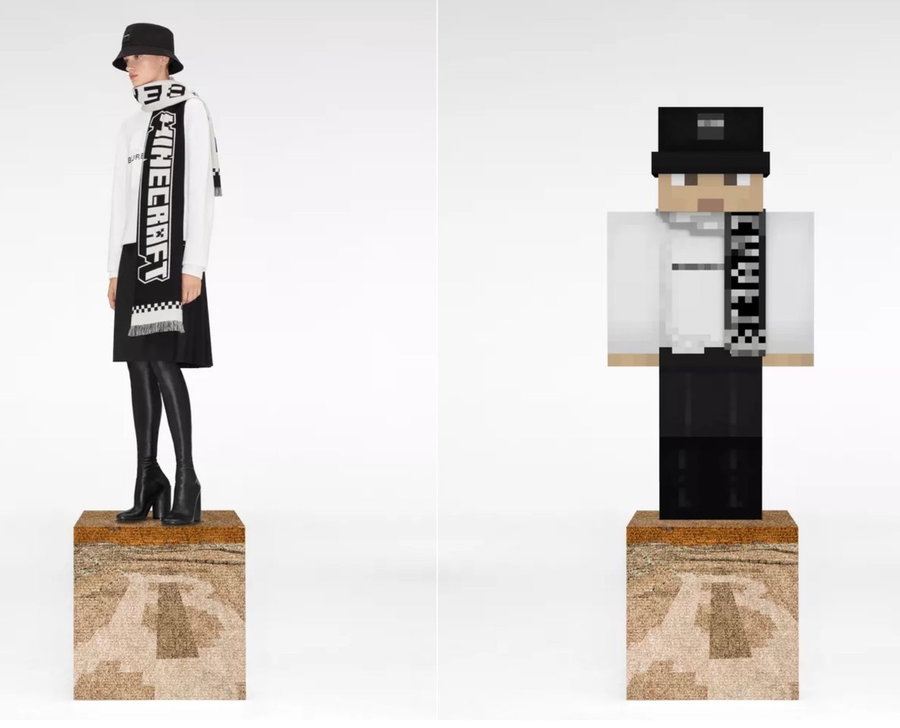 The official Minecraft website explains that “The new, free DLC, Burberry: Freedom to Go Beyond, reflects Burberry and Minecraft’s appreciation of the wonder of nature. As the player, you venture into an alternate reality version of London taken over by a malevolent entity called the Nexus. Once a place blooming with foliage and gentle animals, this land has been drained of color and life. Its inhabitants have been scattered to the four realms of air, water, fire, and earth, and your quest is to restore the spirit of the wild by traveling to each realm, reviving its Nature Guardian, and freeing the animals trapped there.”

“On your adventure, you’ll encounter creative references to the Burberry brand’s universe – including an Equestrian Knight character, Thomas Burberry Monogram maze, and a range of members from the Burberry animal kingdom, each bestowed with mystical powers.” 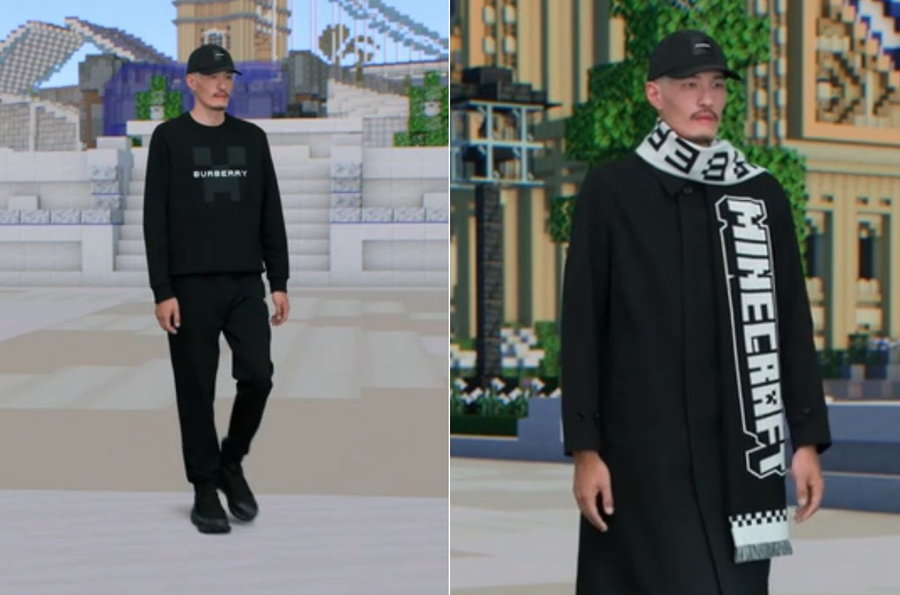 The pairing of Burberry and Minecraft may seem a little strange, but we can probably expect a lot more mixing of traditionally fusty fashion brands and digital technologies in the near future. Balenciaga already designed skins for the game Fortnite, and Gucci recently released the Gucci: Good Game collection celebrating the world of gaming through rainbow-hued iridescent apparel and accessories.

Burberry’s Director for Channel Innovation Phillip Hennche says he knows the collaboration is a bit unexpected. But Burberry sees digital crossover as the way of the future and wanted to work with one of the largest, most beloved games, hence the Minecraft choice. 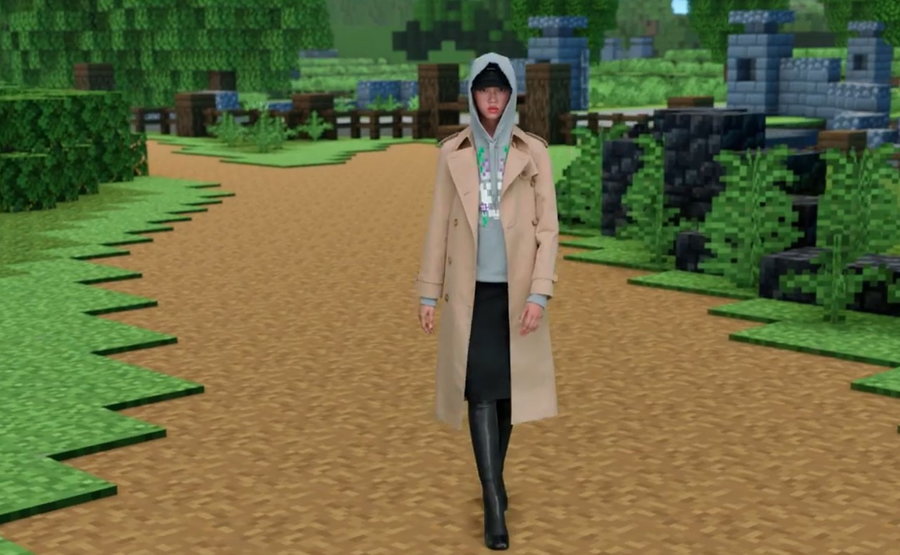 “Gaming is a super important channel for us in terms of how we engage our customer,” Hennche told Vogue Business. “We know that it’s a very important passion point for our target markets and consumers. We know that they are there, they are present, and they’re very active in that community.”