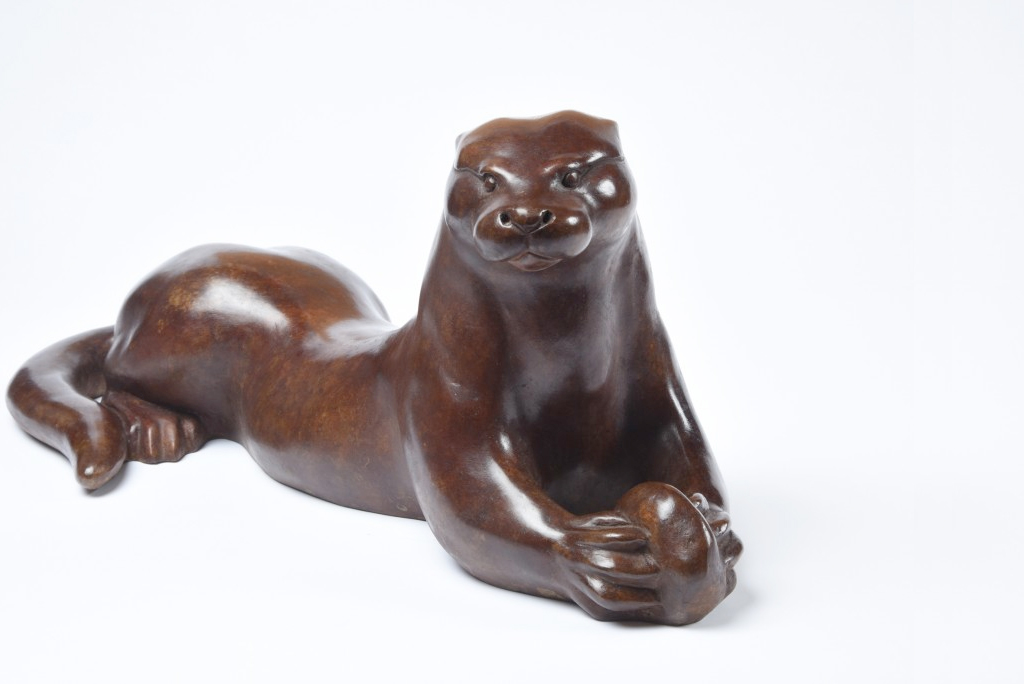 Oxford-based sculptor Martin Hayward-Harris studied illustration at the Berkshire College of Art and Design before working at The Natural History Museum of London in the 1980s where he gained valuable knowledge of the physiology of animals. This gave him the grounding to produce some outstanding and inspiring sculptural works of art, including a large-scale model of a Blue Whale in the Natural History Museum, still on display to this day.

Hayward-Harris began his working life producing models of animals for film and TV—including the feature film “Gorky Park.” Traditional, yet with a contemporary feel, his artworks have placed him as one of the UK’s finest wildlife sculptors. His “Otter and Stone” life-sized bronze (pictured above) is typically lively and alert. Anything but inert, in fact.

His bronze creations of English native animals cry out to be touched—they have a subtle, tactile ‘living’ presence that belies the weighty nature of the chosen material. Metal becomes wood, becomes silk—the patina is inviting, the forms are supple and lithe. 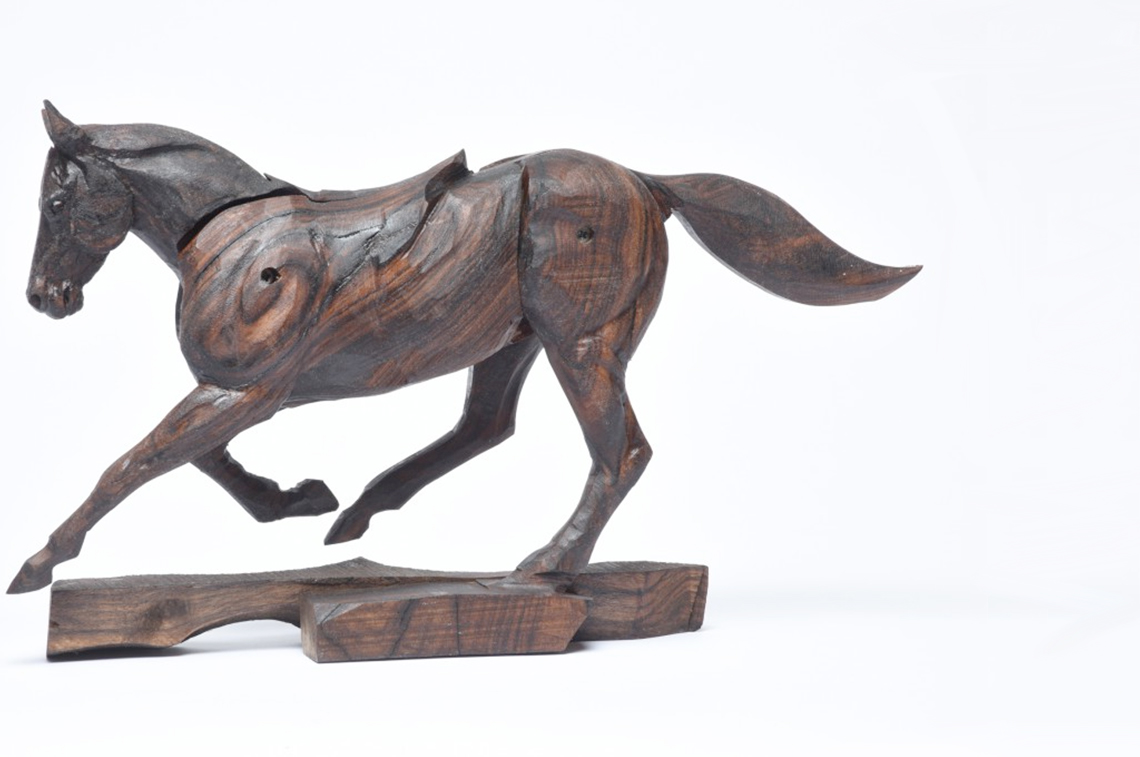 In 1988, Hayward Harris transferred to the National Museum of Denmark in Copenhagen, working alongside some of Europe’s foremost wildlife artists. His outstanding wildlife sculptures and natural landscapes have been featured internationally in many private and public collections, including the private art collection of the late Diana, Princess of Wales.

His first ever bronze sculpture was of a bull elephant in 1991, and his bronzes capture his signature brand of sensitivity, simplicity and sheer animal magnetism. “Galloping Racehorse,” originally carved in ancient walnut then cast in bronze, expresses beauty, speed and strength, just flowing with movement and vitality. 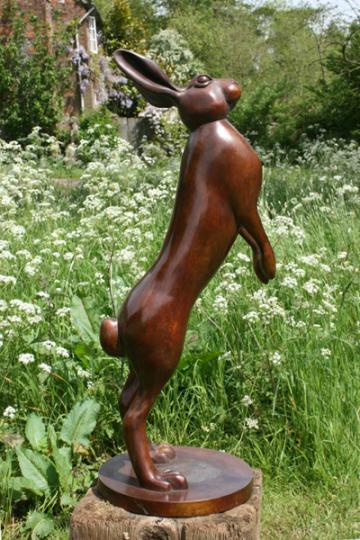 Hayward-Harris’ “Boxing Hare” was included in international art house Christie’s “20th Century British Art” exhibition in 2001. His Christie’s sales in the 1990s have helped support wildlife through his contributions to the World Wildlife Fund. 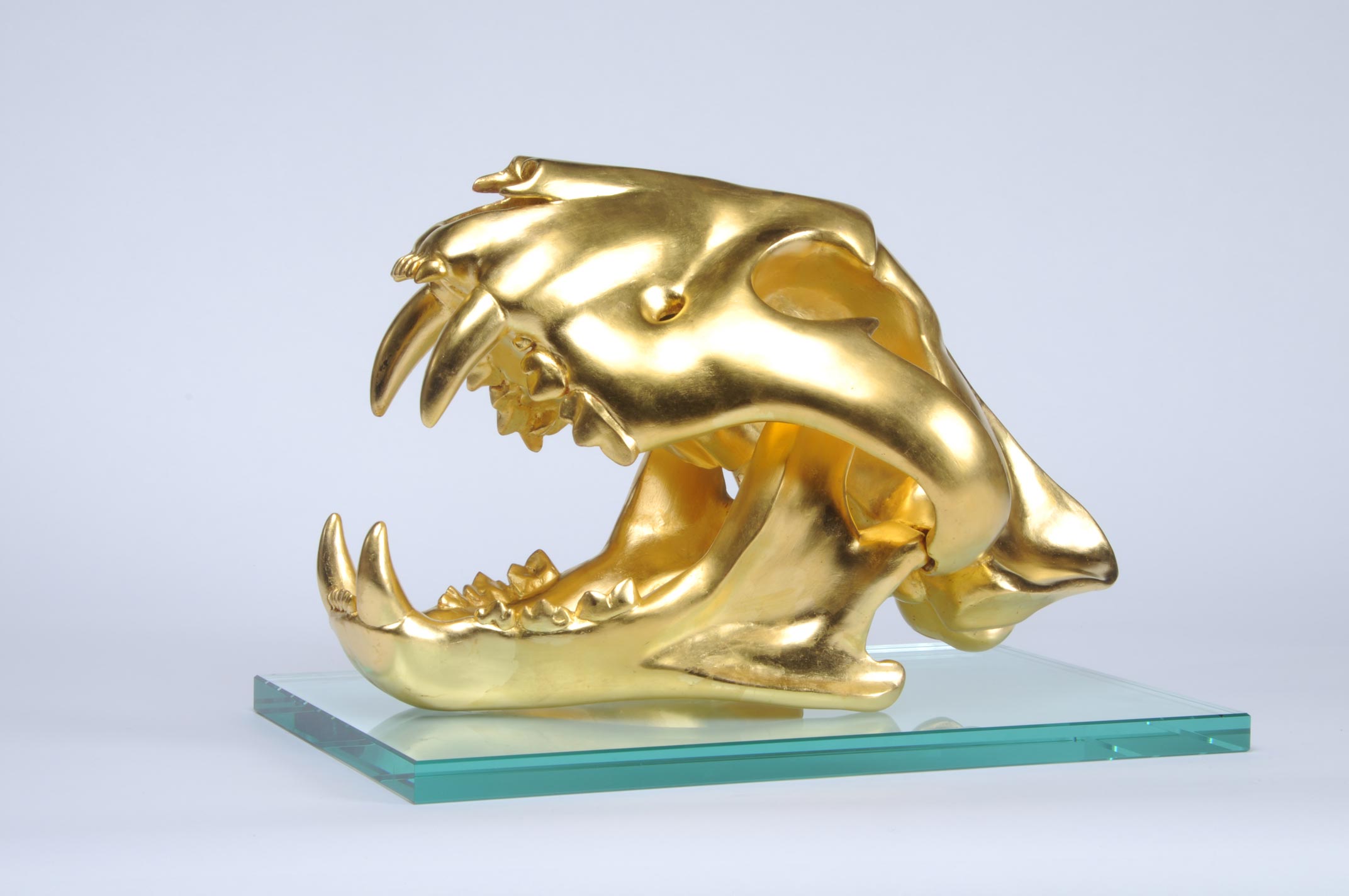 A BBC TV documentary “Lost Land of the Tiger,” set in the Himalayas and broadcast in 2010, alerted Hayward-Harris to the plight of the tiger, whose natural habitat decreases each year. He was inspired to produce “2063,” a sculpture of a tiger’s skull, gilded in 23.5 carat gold. Striking yet fragile, it underlines the precious nature of this glorious wild animal, tragically now on the brink of possible extinction—there are only an estimated 3,200 tigers left in the wild.

The sculpture was shortlisted for the annual Wildlife Artist of the Year Prize, run by the David Shepherd Wildlife Foundation. The price tag of £20,000 for “2063” was split 50/50 between the artist and a fund for tiger conservation.

“I wanted to make a sculpture that would provoke thought and debate around the threat of extinction and that unless we act (and act now) the tiger will be no more.” said Hayward-Harris. “The (TV) presenter’s initial joy upon discovering the tiger, and then his mounting sadness upon realizing what was happening was palpable. It really brought home to me that there is only a short time left to give these majestic creatures back the freedom and the territory they need to once again breed successfully, otherwise there is a very real risk they will become extinct within 50 years.” 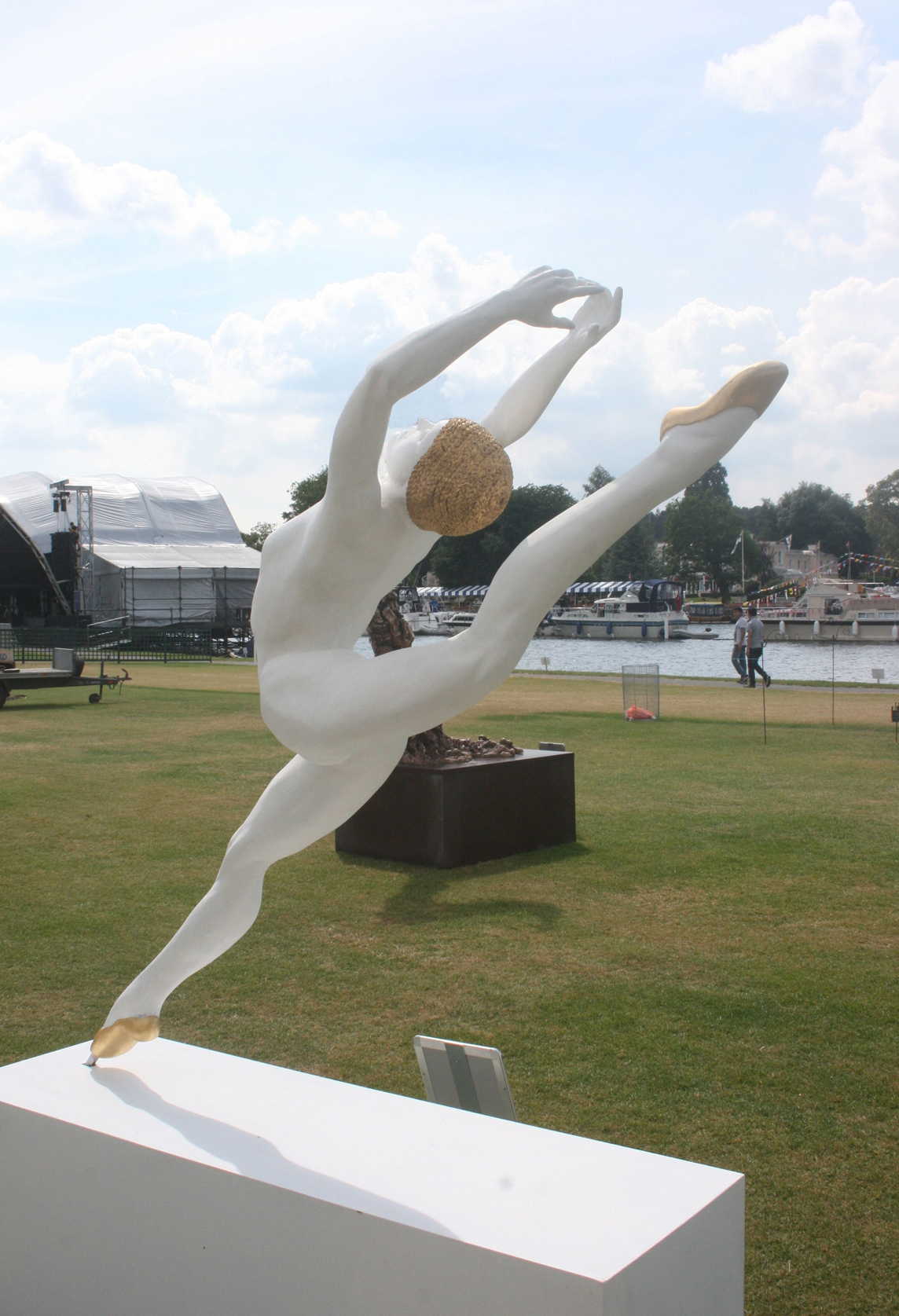 “Leap,” a ballerina touched with gold.

He doesn’t just sculpt common or garden animals though. Hayward-Harris can also excel at the human variety. His “Leap” life-sized sculpture of a ballet dancer with 24-carat plaited headpiece and golden ballet shoes, as shown at the Henley Festival in 2014, has all the fluidity of movement and supple grace of his wildlife pieces. Not all his pieces shine with gold. If not exactly the Midas touch then, Martin Hayward-Harris infuses all he touches with dynamism, elegance and contemporary style.