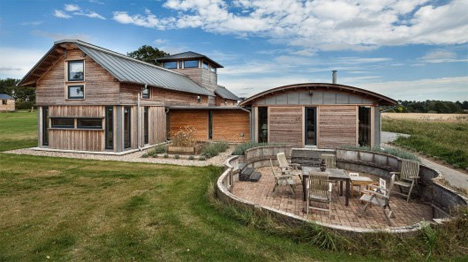 Continue reading below
Our Featured Videos
The remains of World War Two can be seen all throughout Europe, but few sights are more striking than the abandoned buildings once used by military personnel. One such building in Essex, England was once the airbase RAF Ridgewell. It is surrounded by farmland, but the structure has never formally been used as a farmhouse.

That is, until James and Claudia Grey called upon Cameron Scott of Timber Design to transform the aged building into a sustainable home for them and their three children. The RAF base was composed of a single-story public building and a one-and-a-half story housing area. During the renovation, these buildings were joined with two walkways which in turn provide a courtyard in which the children can play safely. The home is now appropriately known as Allies Farm. 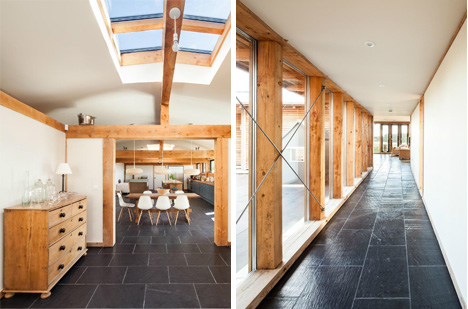 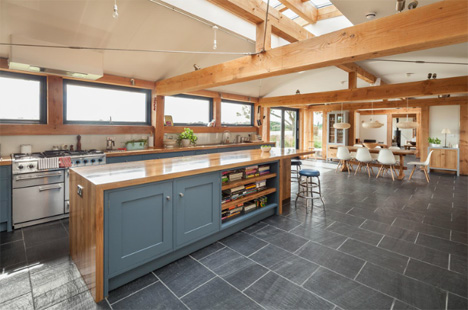 Most of the home renovation was completed using Douglas Fir timbers inside and out. In order to create a cozy home interior that would conform to the Greys’ vision, unique steel tension rods were used rather than more traditional timber joints. Traditional joints limit the layout of the interior timbers, while the steel tension rods allowed the residents and designer to realize their collective vision regarding the historic building’s renovation. 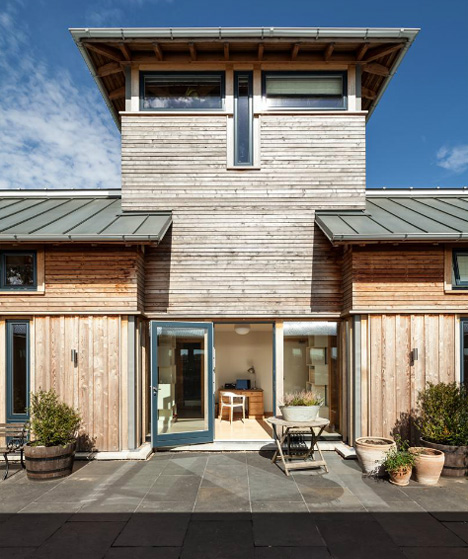 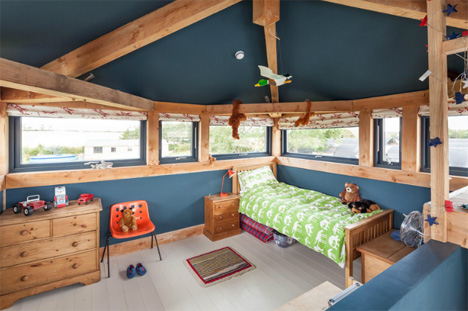 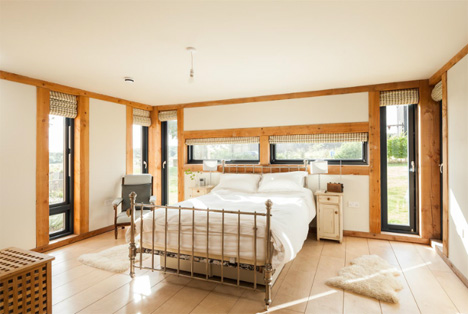 Although the home is thoroughly a farmhouse at this point, certain echoes of its former life remain. The lookout tower at the top of the living space remains, though it is now the children’s bedroom. An attached office allows a place for the family to take care of the day-to-day running of the farm. 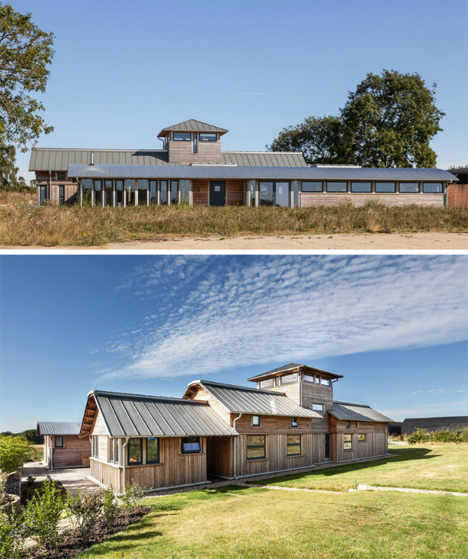 From the start, the family wanted to ensure that their home was as energy efficient as possible. A ground source heat pump, a biomass system, a solar thermal system and a 40kW photovoltaic array provide more than ample energy for the farmhouse and the family. Unsurprisingly, the incredible home won the Best Timber Frame Home and Best Interiors awards at the Daily Telegraph Homebuilding & Renovating Awards 2012.