For the price of a luxury SUV, consumers all over the country could soon have their own personal aircraft for weekend fun without the need for a pilot’s license. 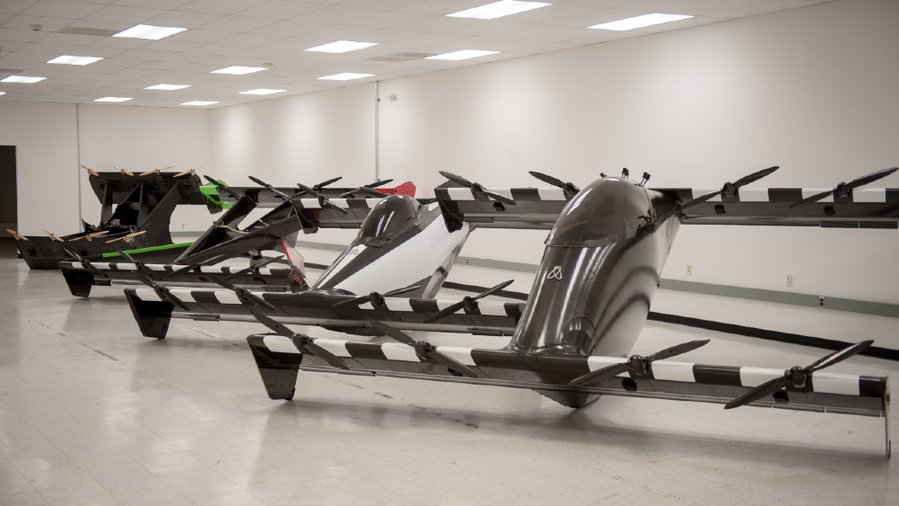 The one-seater BlackFly, the world’s first all-electric Vertical Take-off and Landing (eVTOL) aircraft, provided four successful test flights before a crowd of hundred of thousands at the end of July. Created by aerial electric vehicle company Opener, four head team members each took the BlackFly up in front of excited attendees at the Experimental Aircraft Association (EAA) AirVenture 2021 in Oshkosh, Wisconsin. 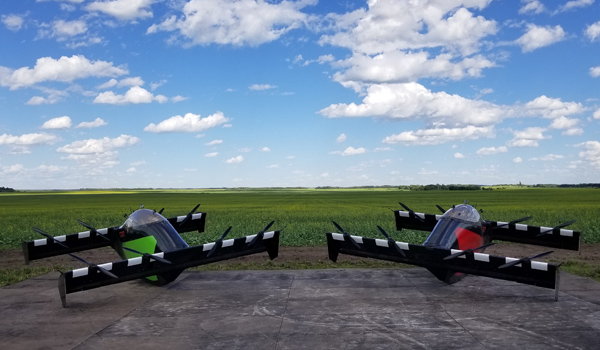 “This was a momentous day for aerial vehicles and the future of transportation,” said Marcus Leng, Founder and CEO of Opener. “With over 35,500 miles flown and vehicles in production, we have demonstrated that BlackFly is a first in this space.”

With a unique I-shaped frame, the BlackFly body consists of a single-person cockpit sandwiched by wings in front and back. Thanks to the four electrically powered propellers on each wing, the lightweight flying machine can lift off vertically in the sky like a helicopter, and once it’s in the air, the wings can be tilted at any angle to allow for more traditional airplane handling. 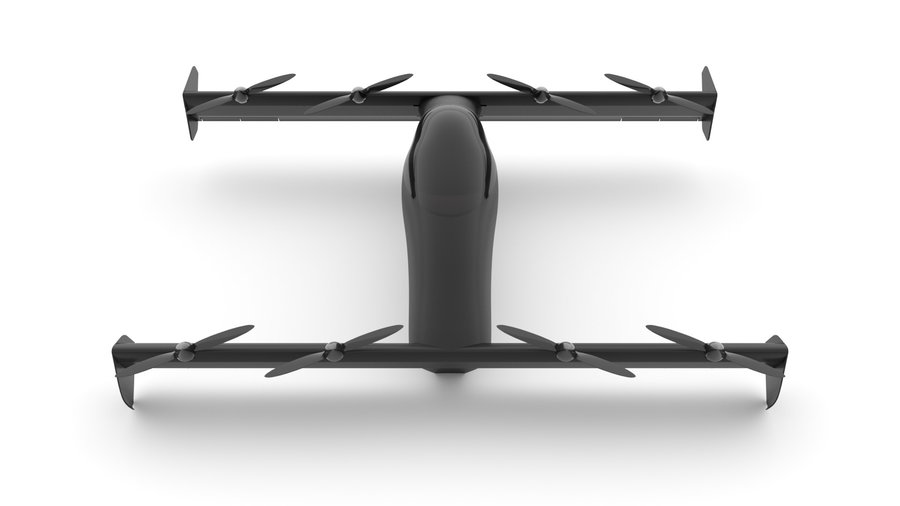 There are no wheels underneath the BlackFly. Instead of rolling landing gear, the vehicle gently touches down from vertical, right on the hull, swaying side-to-side until balanced and the winglet settles on the ground. And with a sophisticated onboard computer, no pilot’s license is required for users. There are a few restrictions, however. For starters, the BlackFly operates under Part 103 of the federal air regulations, which means it must be less than 254 pounds and is not allowed to be flown anywhere near populated areas or at night. On top of this, Opener requires that all operators successfully complete company-mandated vehicle training before going airborne. 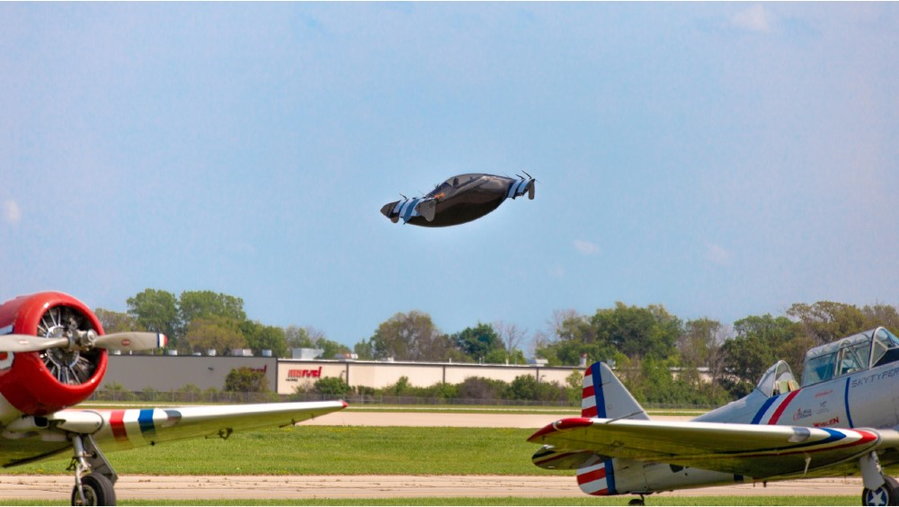 But it can be operated at altitudes of 100 feet or less above ground for recreational sport, and can be completely controlled through its accompanying computer system, including take-off and landing assist and cruise control. It even has a return-to-home button in case the operator gets lost.

As a measure of its safety, Opener has already put the BlackFly into the air over 4,000 times with a payload and sent it on 109,000 propulsion system endurance flight cycles, the equivalent of circumnavigating the globe 139 times. “We test Blackfly through a very wide flight-operating envelope, but then highly restrict what the computers will allow the aircraft to do,” Leng said on EAA Radio. 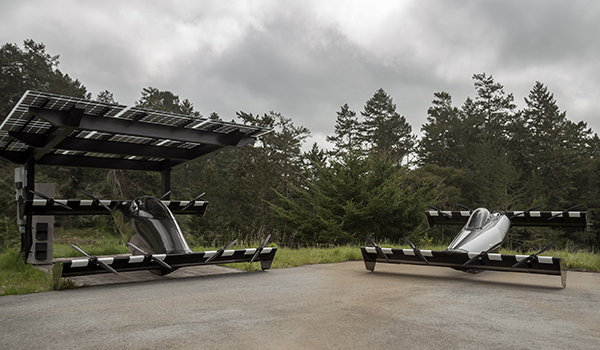 The personal aircraft uses an 8 kWh battery and has a range of 25 miles on one charge, at a U.S. regulated speed of 62 miles an hour. (Internationally, the BlackFly can travel up to 80 mph). Opener claims it uses less energy than even an electric car and is very quiet at only 72dBA. And since it can’t be used within city limits, each vehicle will also come with a transport trailer.

The company has already pledged to create and sell 25 BlackFly units by the end of 2021. Unfortunately, they’re all spoken for, so no new orders are allowed at this time. The price is designed to be affordable yo a large segment of the population. “Excluding initial sales, in mass production, BlackFly will be the price of an SUV,” the company says on its website. However, Opener hedges that “we are vague about the exact price so as not to overpromise.” 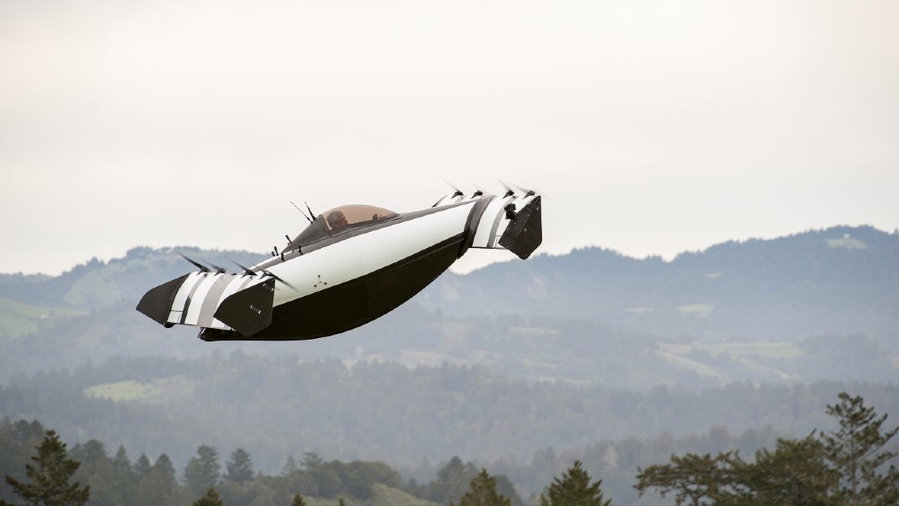 Still, they hope that the BlackFly will “liberate the public from the restrictions of two-dimensional road travel by opening up a new world of unfettered three-dimensional flight,” eventually allowing air travel to eliminate commuter traffic and stress for everyone.