In Beijing, China, neighborhoods of traditional homes called “siheyuan” cluster together around their characteristic individual courtyards. The outdoor spaces are enclosed by the rooms of the houses, visible only to those who live there. Made of tile, stone, and wood, siheyuan have been a hallmark of the city for more than 800 years now, but for a while they were disappearing, demolished in favor of newer, more contemporary architecture. 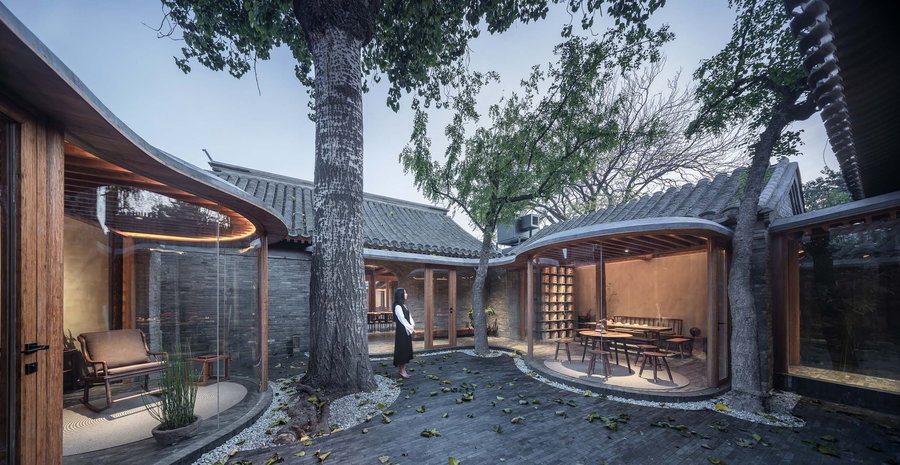 Thankfully, there’s a movement in place to protect some of these remarkable residences and preserve their historical value while also making them livable for people who want modern creature comforts. Homeowners, architects, and developers are restoring these neighborhoods known as “hutongs” to transform them for both private and public use. Some remain family homes while others are becoming hotels, tea houses, and community spaces.

Beijing-based architecture firm ARCHSTUDIO has helmed more than one of these transformations with sensitivity and skill, bringing in beautiful modern elements that augment and complement the existing structures. Their latest is called “Qishe Courtyard,” a small siheyuan located within one of Beijing’s old hutong quarters. 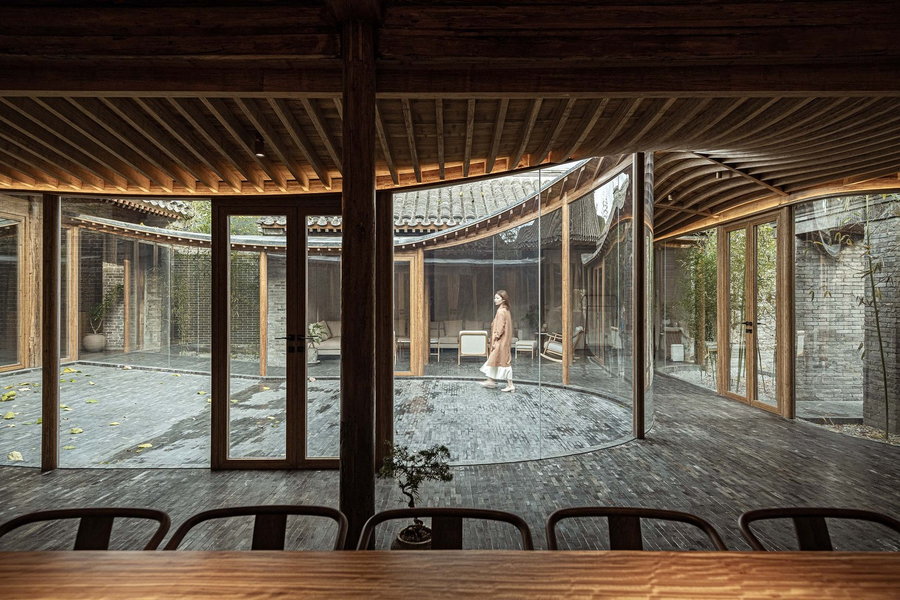 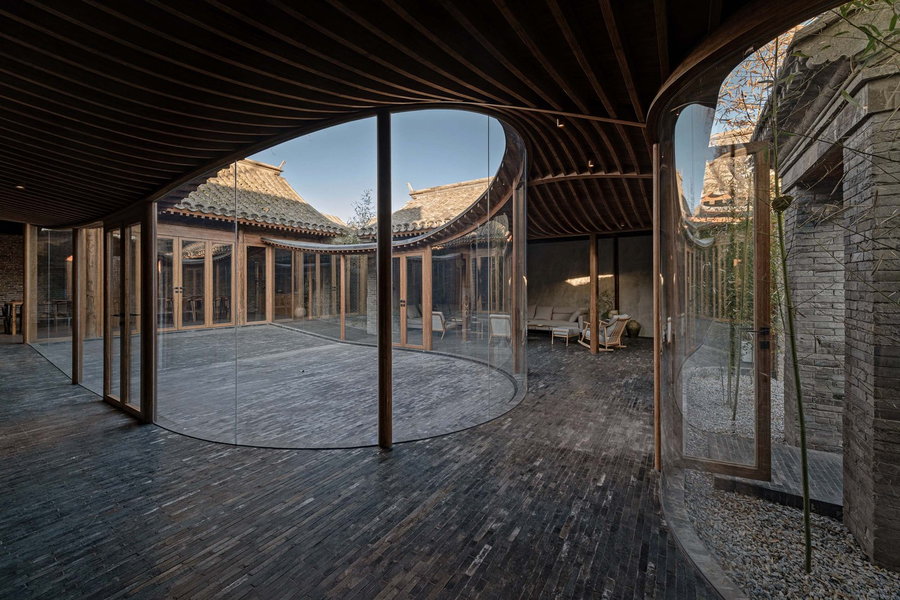 Before the renovation, the building was in poor shape, with most of the roofs, walls, doors, and windows damaged or missing. But potential remained in the framework, arched door openings, and other elements, and ARCHSTUDIO wanted to “renovate the old and insert the new.” They repaired and reinforced what they could with the goal of restoring the building to look like a traditional siheyuan, but added a bathroom, kitchen, and garage as well as HVAC lines and new verandas. One of the biggest challenges of living in unrestored siheyuan is the fact that most of them don’t have indoor plumbing, so these simple additions make a big difference.

This siheyuan was originally a cluster of three houses: one on the north and two on the sides. ARCHSTUDIO followed its original layout to create a new tea room, living room, dining room, and kitchen. But their design deviates from the traditional one in two major ways. Firstly, the billowing of both the roof and new glass enclosures creates spaces that are protected by the weather but almost seamlessly connected to the outdoors. Covered indoor pathways have also been created between what would have been strictly outdoor spaces, fluidly leading from one side of the building to another. The architects say this “veranda” ensures ample light and ventilation while bringing in undulating organic shapes. 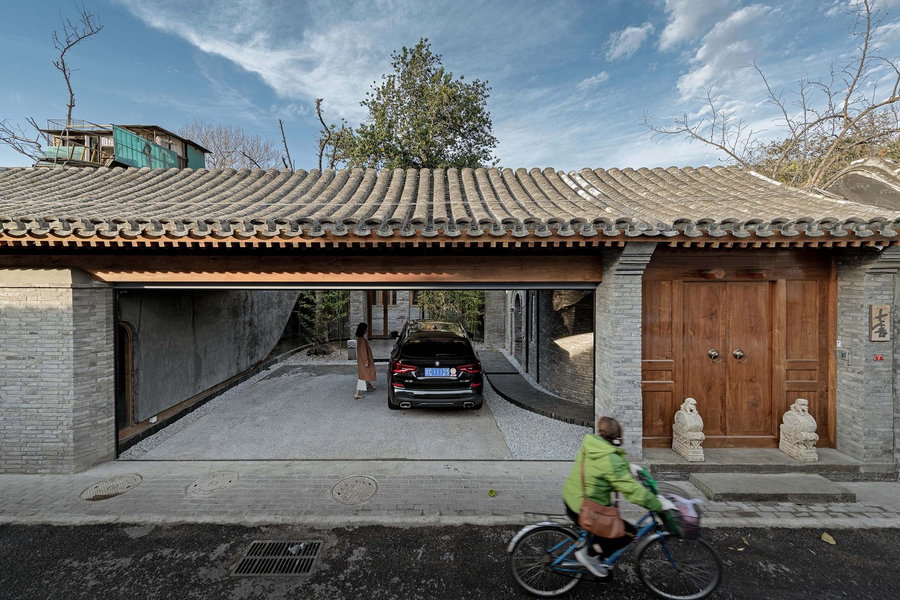 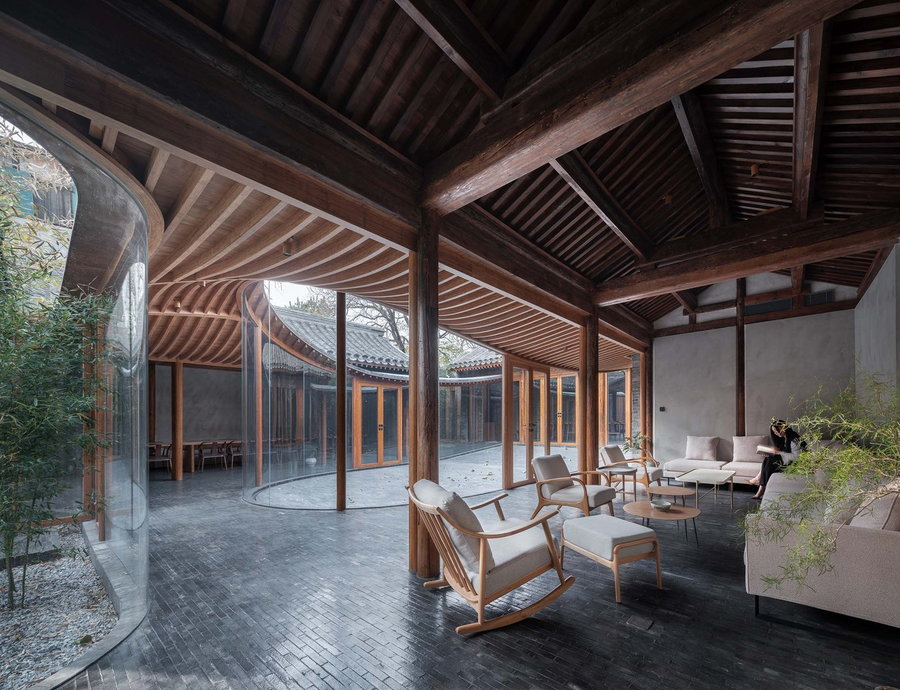 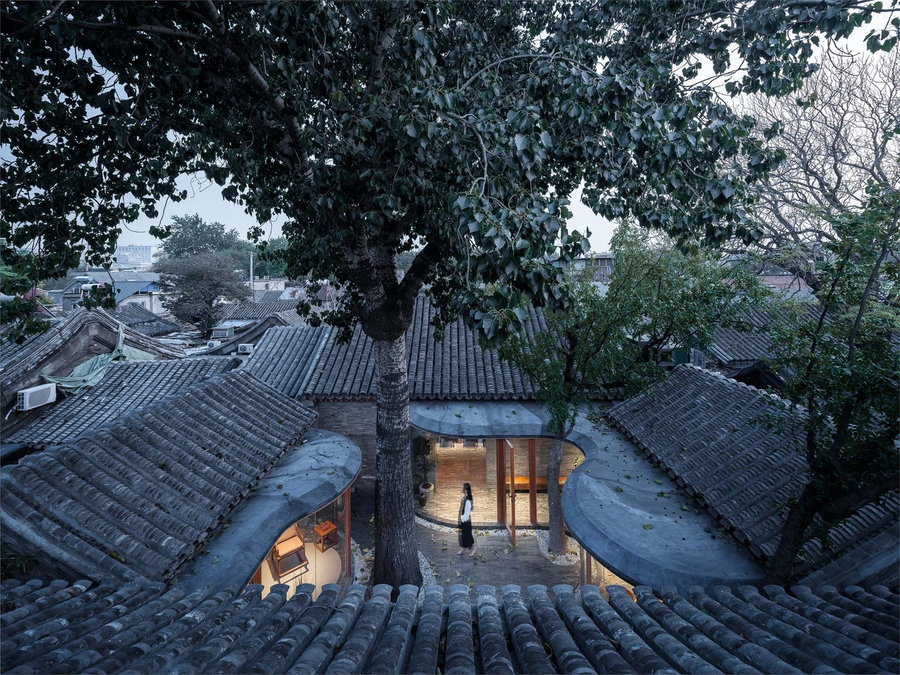 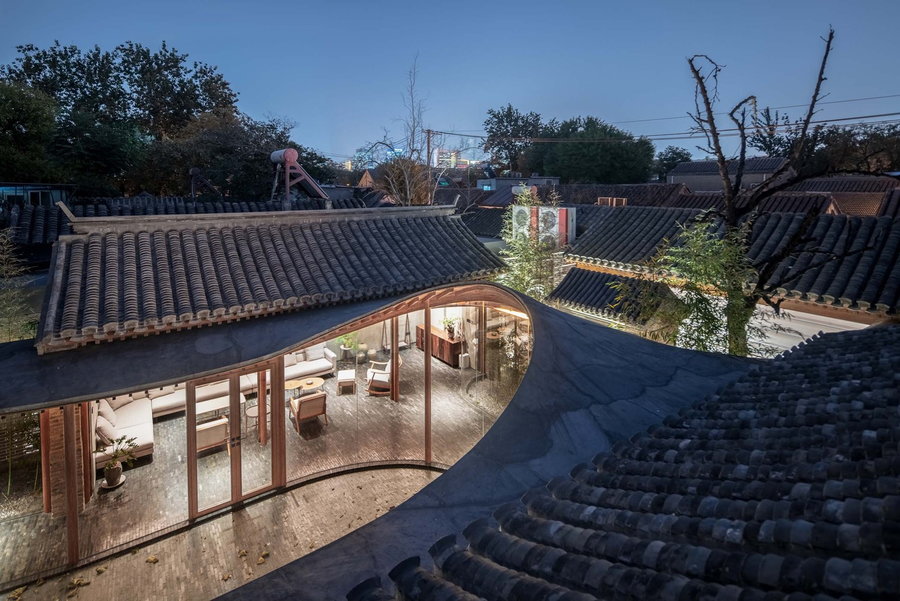 The architects add: “ARCHSTUDIO embedded a veranda — a basic element of traditional Chinese architectures, into the old siheyuan to link up the seven separated pitched-roof houses. The veranda functions as a circulation route, reshapes the spatial pattern and layers, and provides a playful walking experience as well as fantastic views. The front courtyard is mainly used as a garage. ARCHSTUDIO retained its pitched roof, removed the front and back walls, and shifted the entrance door to the side so as to leave more space for parking. The design team restored and preserved many valuable historical elements such as the gateway and carvings of the arched door opening, and even a dry tree. In addition, the wall between the front and middle courtyards w[as] dismantled and replaced by a transparent veranda.”

“The veranda features a curved plane and presents variations according to different landscapes and spatial functions. It’s closely combined with the curved edges of the pitched roofs, hence forming several arc-shaped transparent spaces, which integrate the houses, landscape, and sky into the same picture. In the front courtyard, part of the veranda’s roof was bended downwards to form a curved wall, behind which are some functional spaces, including the washroom, service room, equipment room, and so on.” 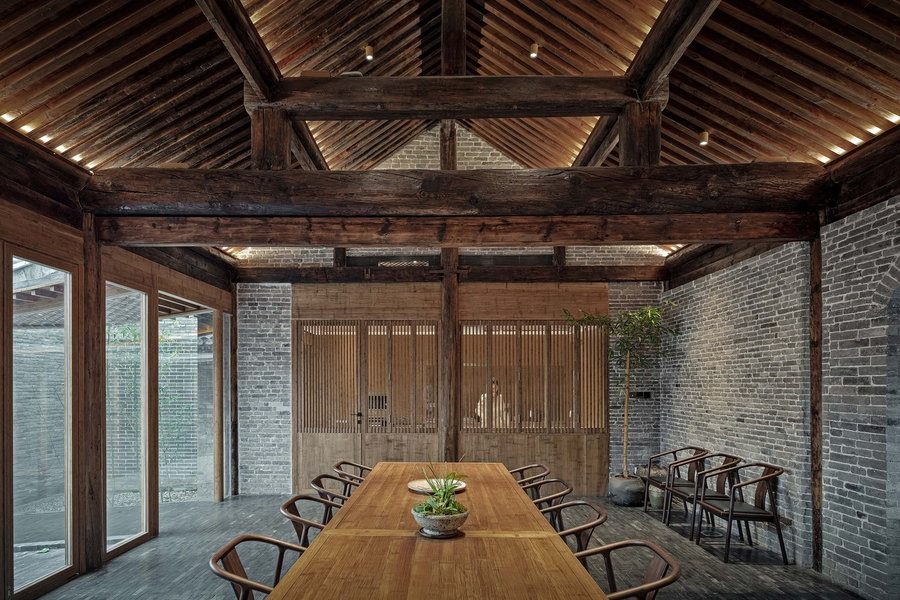 Check out ARCHSTUDIO’s other strikingly beautiful siheyuan restoration, which integrates a curving courtyard floor that pierces into the indoor spaces.