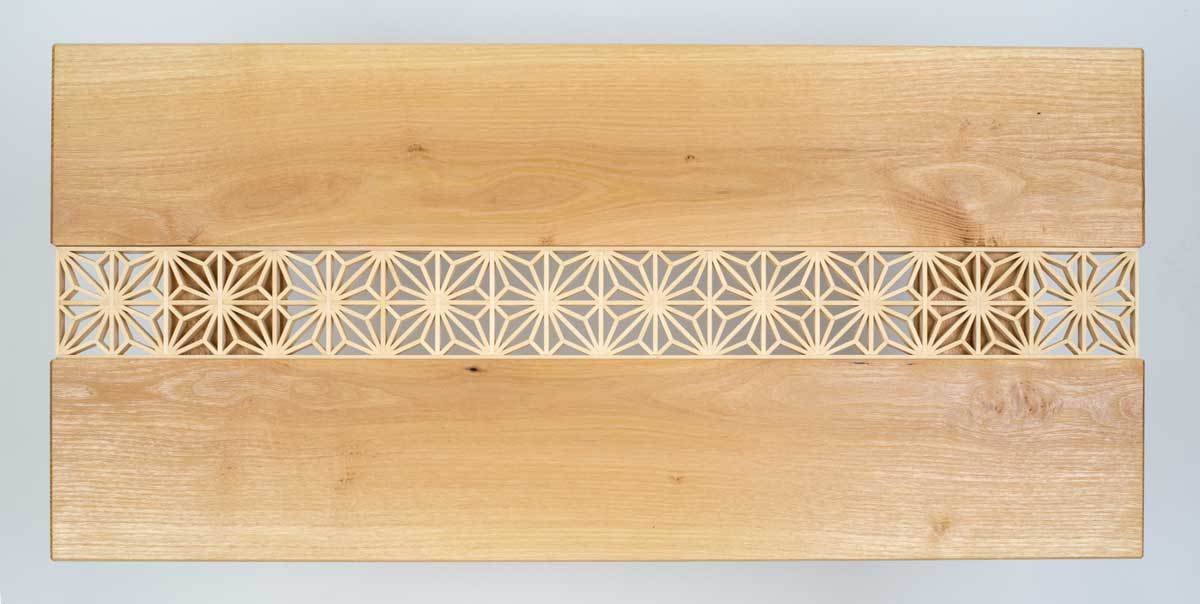 Jon Billing’s custom-made wood craft began in the woods in Northern Minnesota. Across the road from Big Sand Lake, Big Sand Woodworking was born, though it’s now relocated to Brooklyn, New York.
“The spirit of Big Sand and the surrounding woods continues to play a role in everything I make,” says Jon Billing. 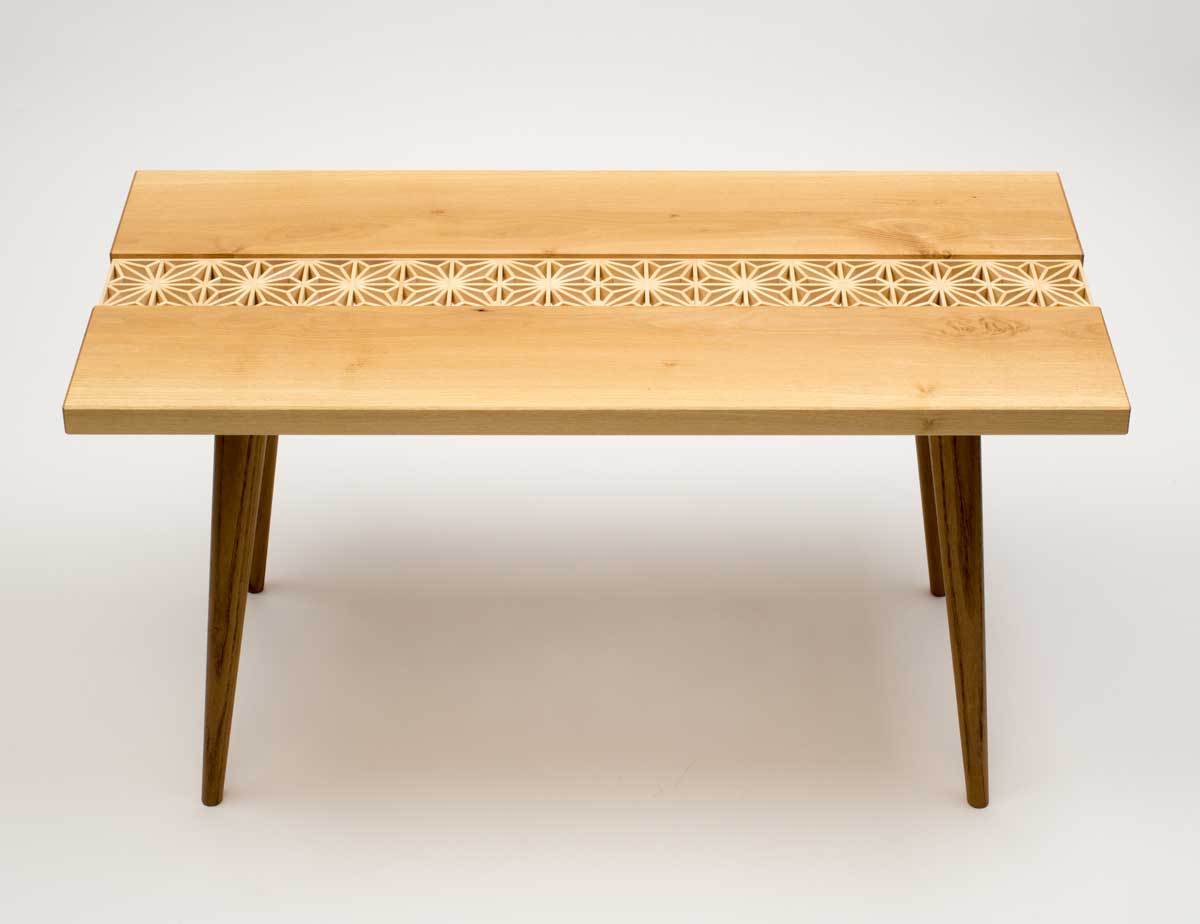 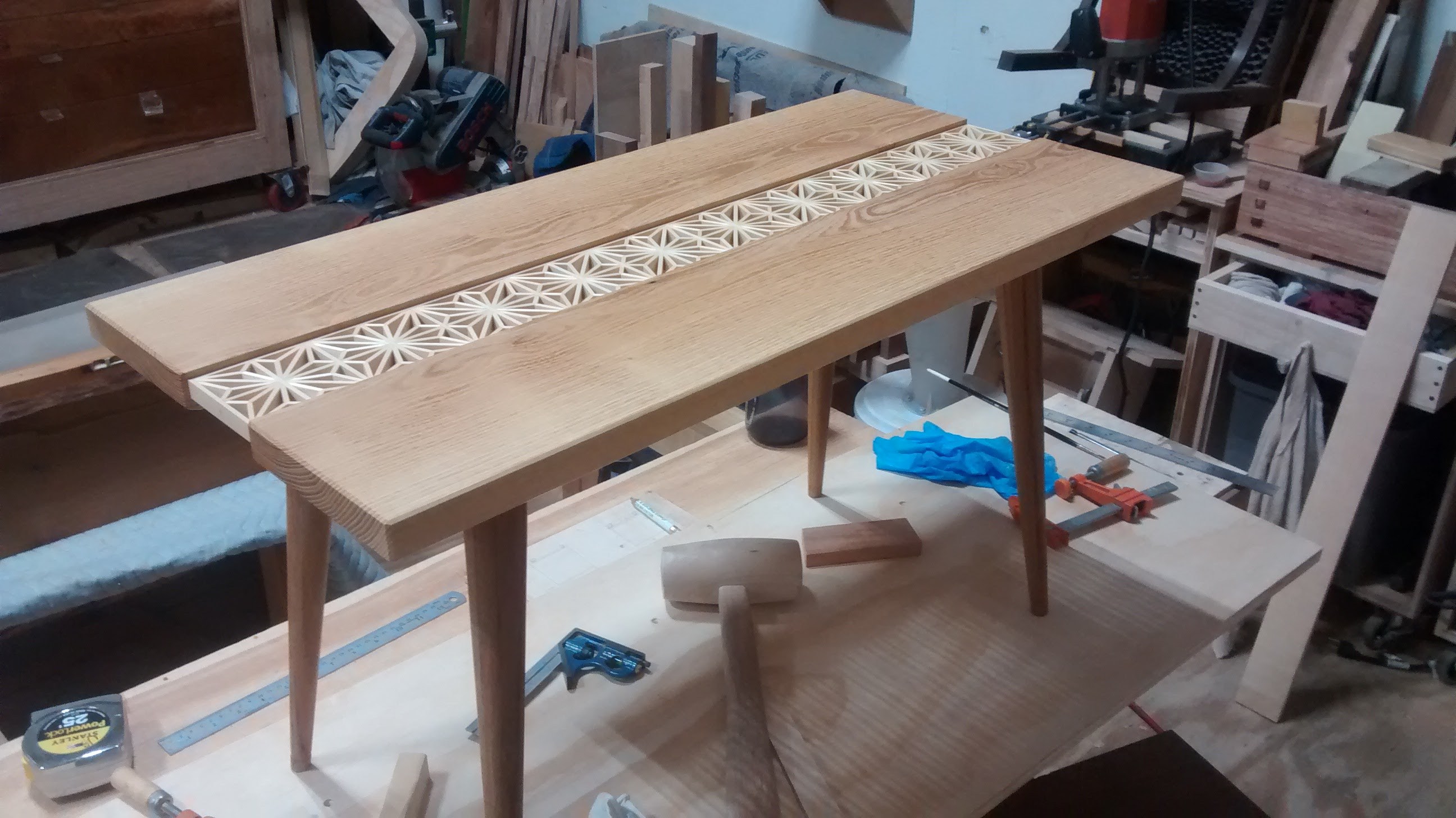 In 2016, he completed his elegant Kumiko coffee table, painstakingly created using his knowledge of the kumiko patterns incorporated into Japanese Shoji screens. Constructed from black locust wood, the central strip is made up of a particular geometric kumiko pattern called the asanoha, created out of Alaskan yellow cedar. The asanoha is an ancient design that is still used throughout Japan in textiles, paper, and woodwork. 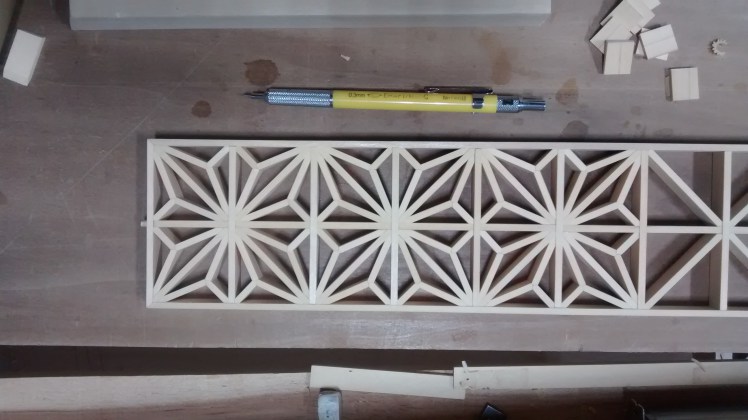 To construct the decoration of the table, a grid of squares was created from thin strips. These squares are filled in with smaller puzzle-like pieces, all fitted together to form the asanoha pattern. The table is topped off with a piece of glass. 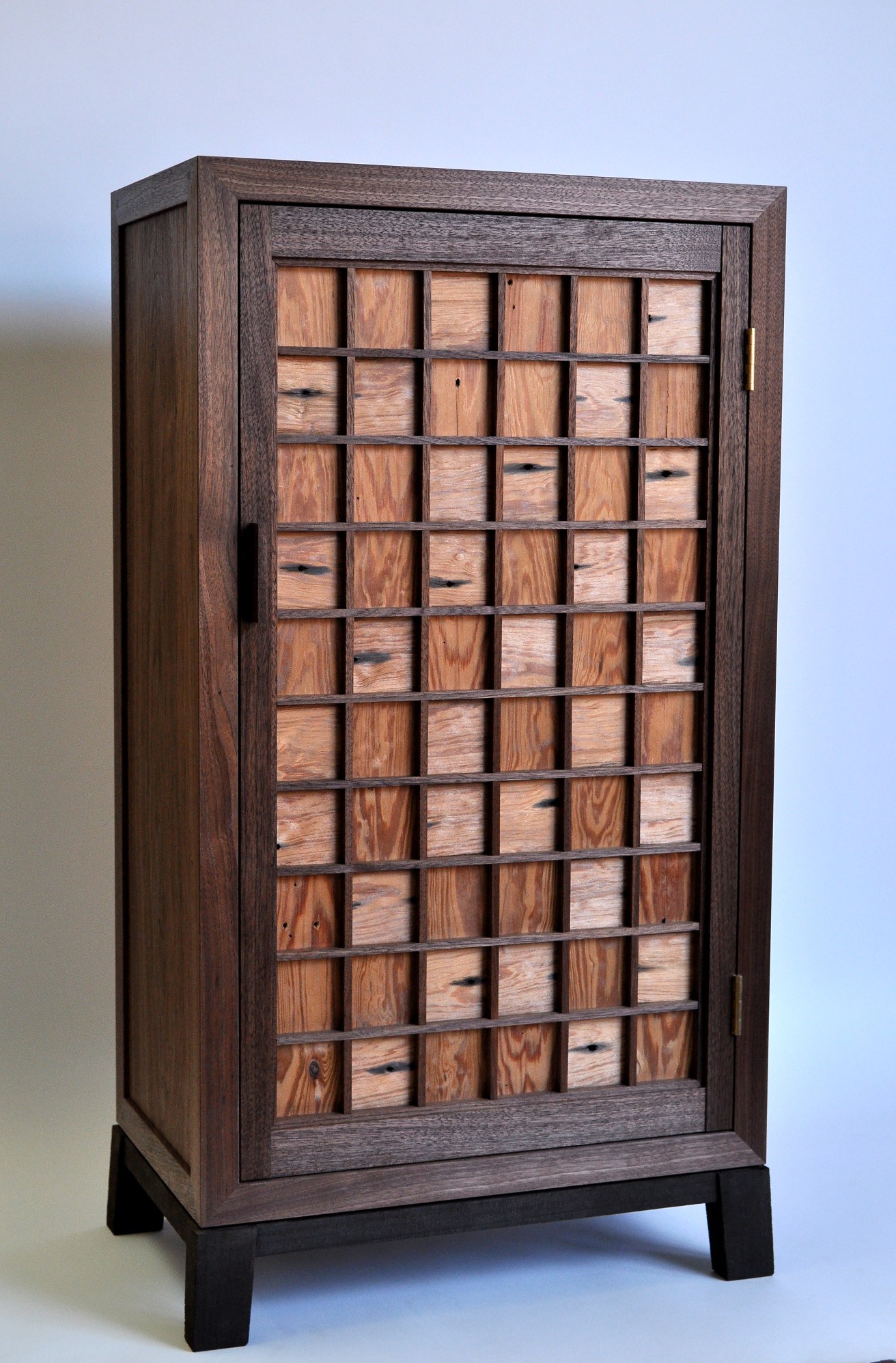 https://youtu.be/Gn2bNPzD_fI
Part of a series of cabinets designed to stack in a modular arrangement, the Tansu Cabinet is inspired by Japanese Tansu and also Chinese case pieces from the Ming Dynasty. Each corner is constructed using three-way miter joints, part of traditional Chinese cabinetry and woodwork. The cabinet is constructed using three different woods — walnut, basswood and pine. The door is made of reclaimed heart pine, with the grain alternating from horizontal to vertical, creating light and dark visual effects in the design. 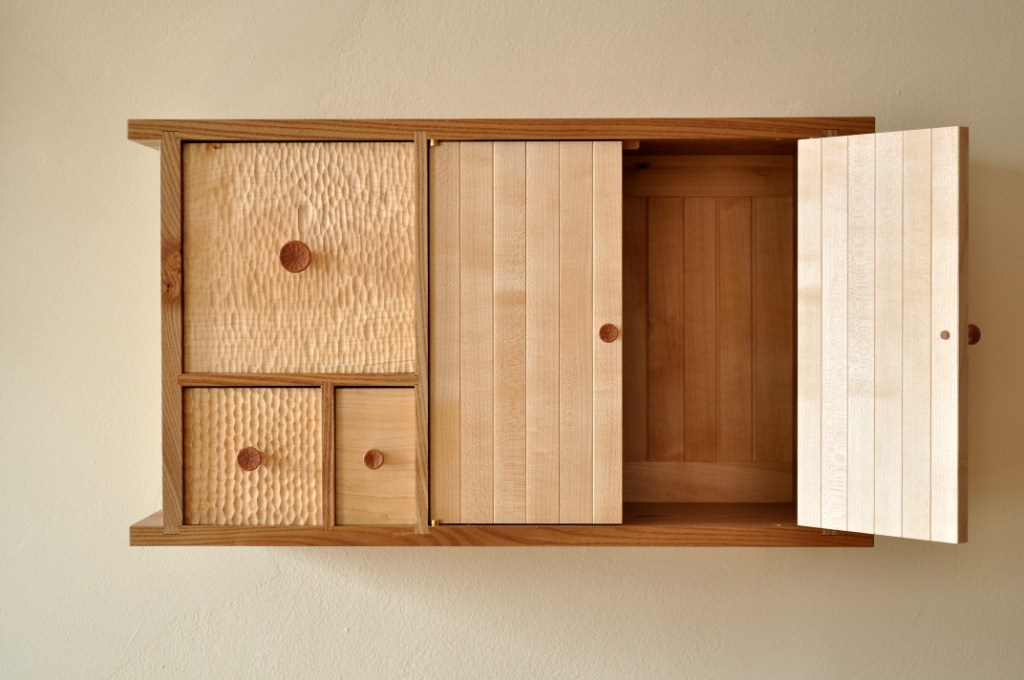 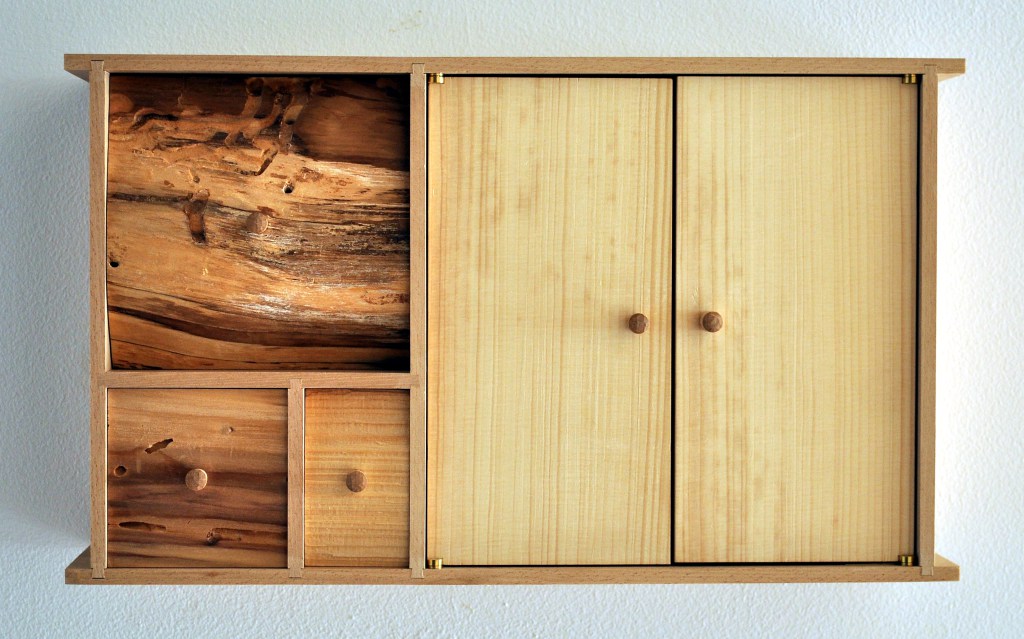 Golden Cabinet(s) 1 and 2 are made with a spiraling arrangement of doors and drawers derived from the mathematical formula of the Golden Ratio. 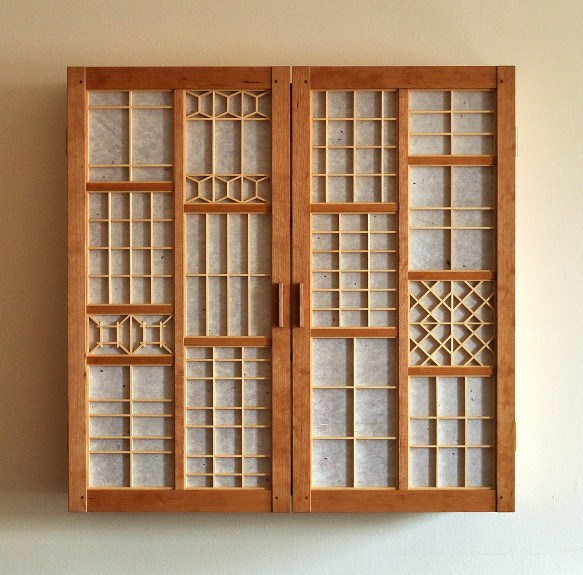 Continue reading below
Our Featured Videos
With seven individual screens in each door, the Shoji Cabinet includes grids and patterns from traditional Japanese Shoji screens. It is made from Alaskan cedar, cherry, beech, basswood and handmade Japanese mulberry paper. Much of Billing’s work is constructed with glueless joinery, a method used in Japanese and Chinese applies the traditional furniture making. It is a tried and tested technique, creating artifacts that can last for centuries. 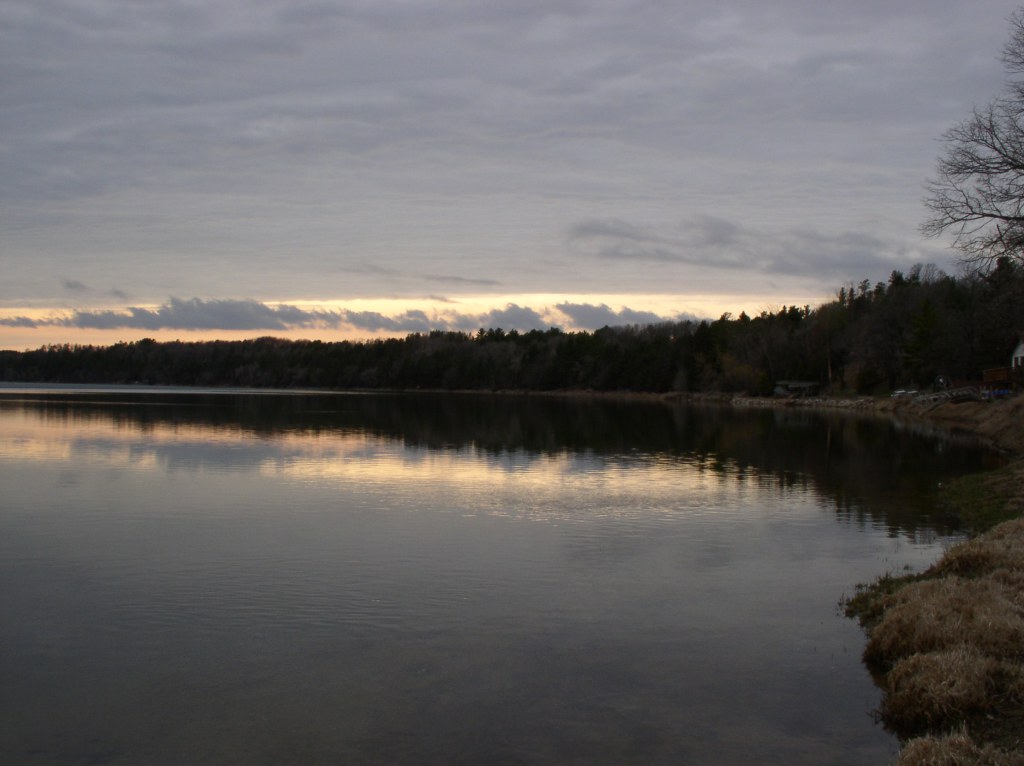 Educated some years ago in guitar building, Billing applies the same ideals of long-lasting, functional and beautiful workmanship to his current woodworking products:
“The goal of Big Sand Woodworking is to create quality custom woodwork by combining unique designs with sound construction. Every piece is carefully considered to ensure the work both looks great and will last for the long haul. My goal is to design and build fine furniture that can be enjoyed and used for generations,” says Jon Billing.
Using the techniques employed in the creation of traditional Japanese Shoji screens, Billing also makes tranquil and appealing lights and screens. Big Sand Woodworking successfully employs the ancient woodworking techniques of the East in the creation of pieces that will stand the test of time, while making a very contemporary Western design statement.