In Berlin, skyrocketing demand for private property has led to a shortage of land that’s available for use by the public. Even buildings that once had public components have become more insular, focusing on the needs and desires of people who can afford the high prices of real estate rather than the community at large. So when a client wanted to build a new facility full of exhibition space on the site of a former scrapyard, the architects wondered if they couldn’t come up with something that would allow more people to interact with it on a daily basis. 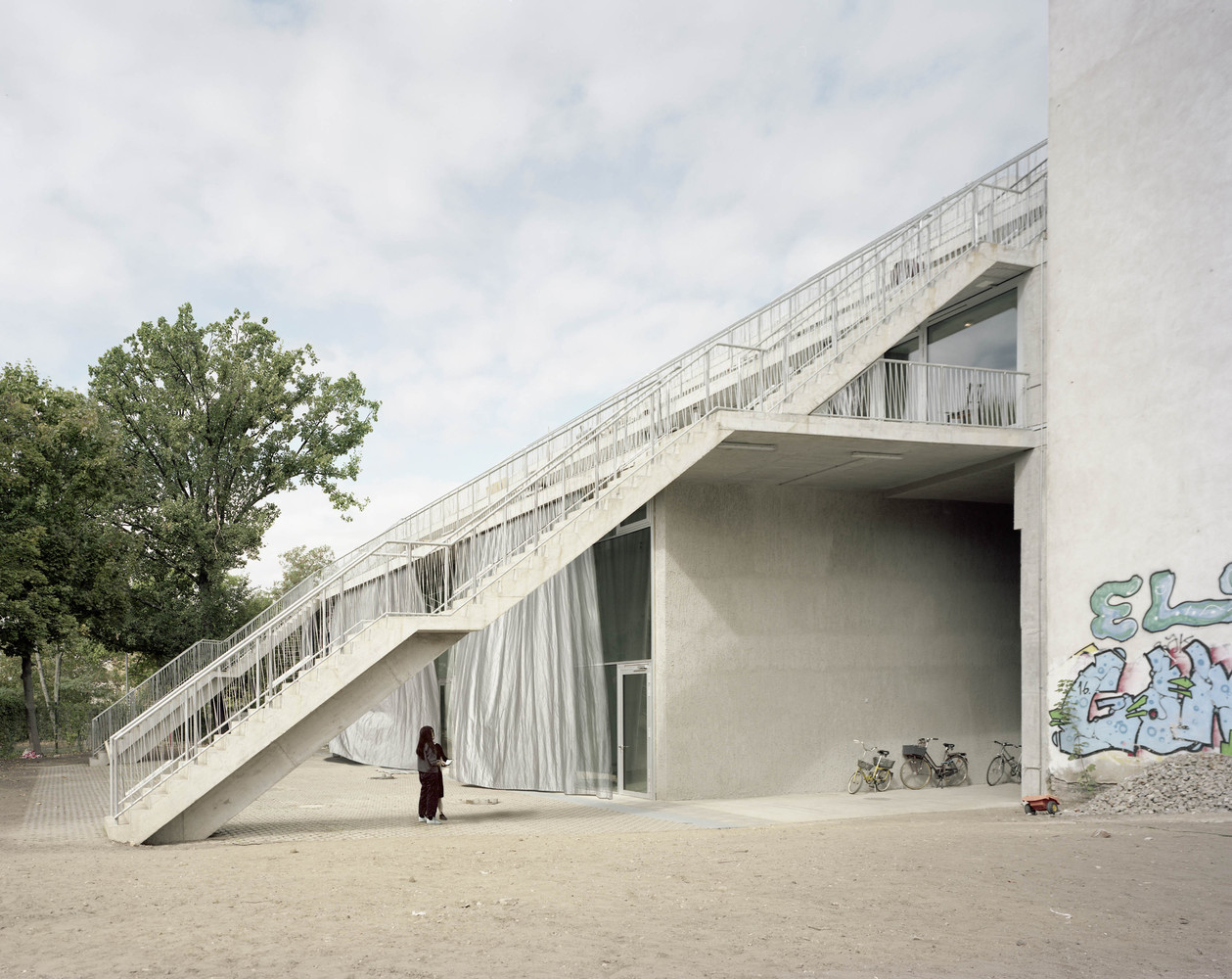 The result was Terrassenhaus Berlin: a dramatic concrete structure featuring a series of built-in external terraces. Muck Petzet Architekten and Brandlhuber + Emde, Burlon convinced the client to make it a mixed-use facility, adding both private residences and a public rooftop terrace to the planned gallery spaces.

Fitting right in with Berlin’s stark concrete architecture and the remnants of its divided past, the five-story building creates a sort of artificial mountain that visually references the industrial heritage of its surrounding area. As the architects put it, the project “exchanges economic benefit for collective space.” 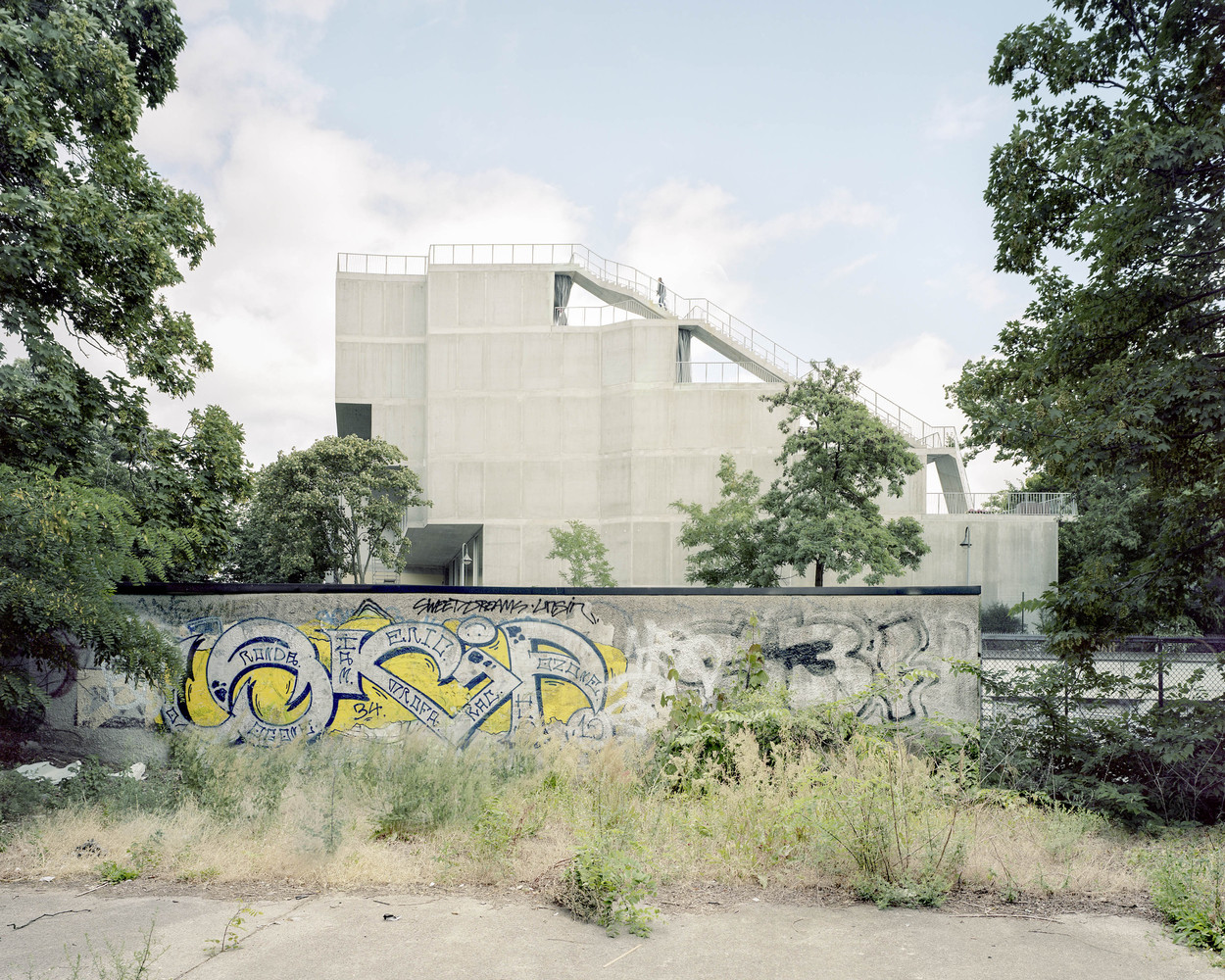 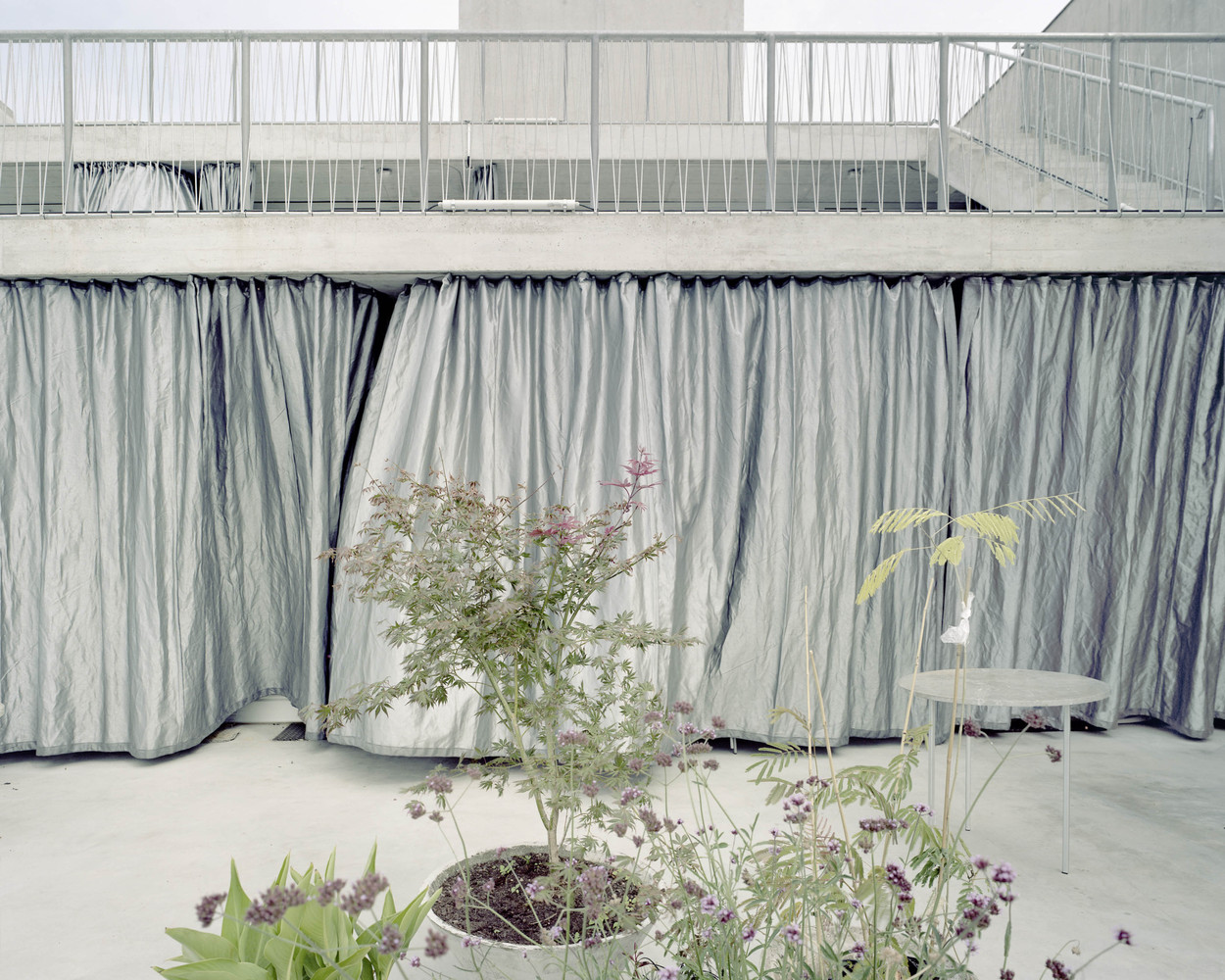 Aimed at overcoming the respective separations between living and working and commercial and residential projects, Terrassenhaus offsets flexible open-plan apartments with both the exhibition spaces originally envisioned by the property owners and a publicly accessible exterior. A lack of interior walls within the apartments lets them adapt to each individual renter, mimicking the look of the galleries around them. Shared color and material palettes across the entire project (inside and out) give it a cohesive and almost monolithic appearance. 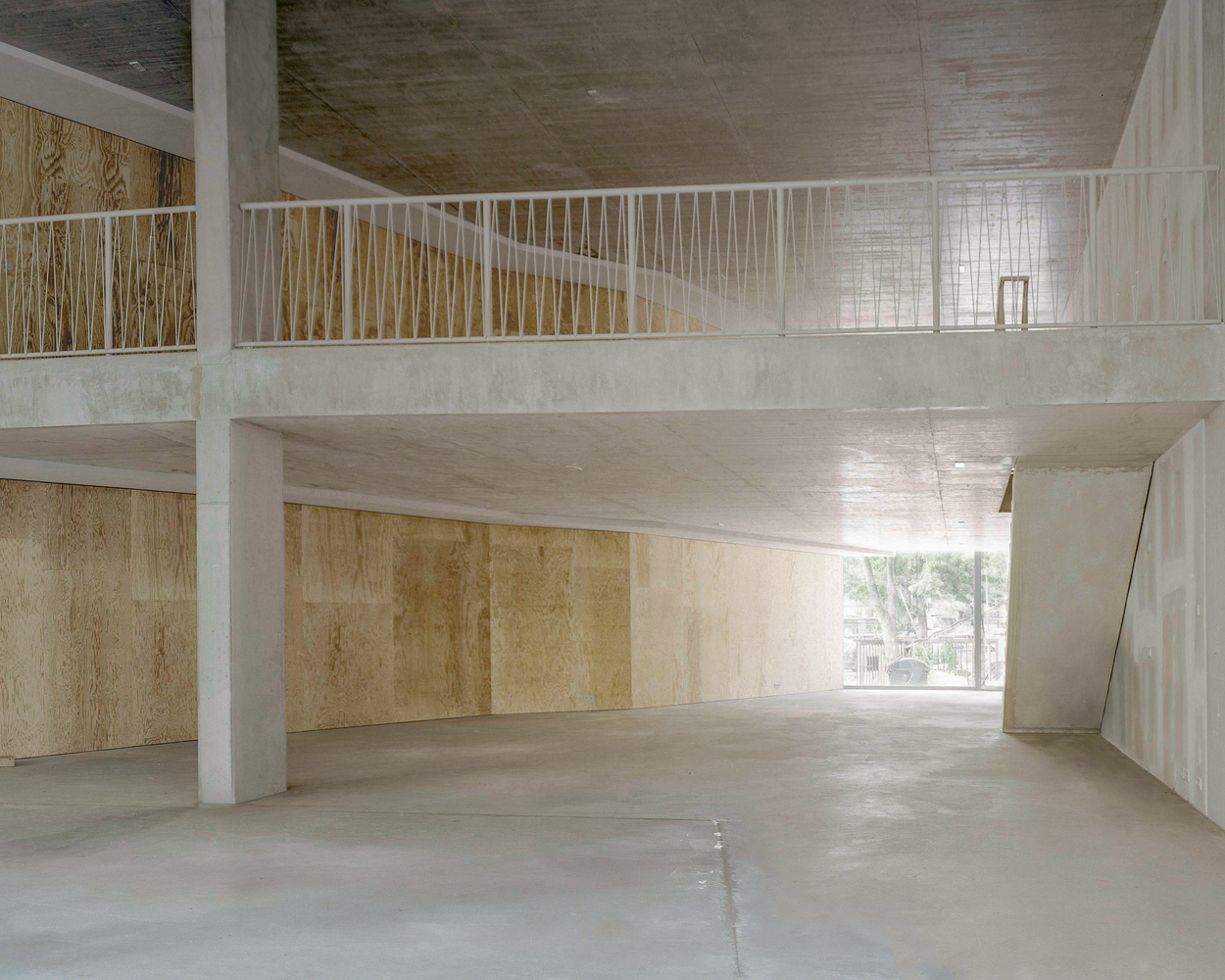 Each one of the exterior’s five levels is set back 5.7 meters (18.7 feet) from the one below it, creating a giant stepped staircase on one side and a sort of negative staircase on the other, which itself becomes a shade-providing overhang for the ground floor. External stairs connect the communal garden with the public roof. Residents share terraces with their neighbors, each featuring floor-to-ceiling reflective curtains that can be drawn across the glazed facades for shade and privacy when desired.

If you’re wondering what it would be like to live in a building that’s constantly being climbed by random strangers, the architects suggest that perhaps we should all be a little more open to unexpected interactions with each other every day. 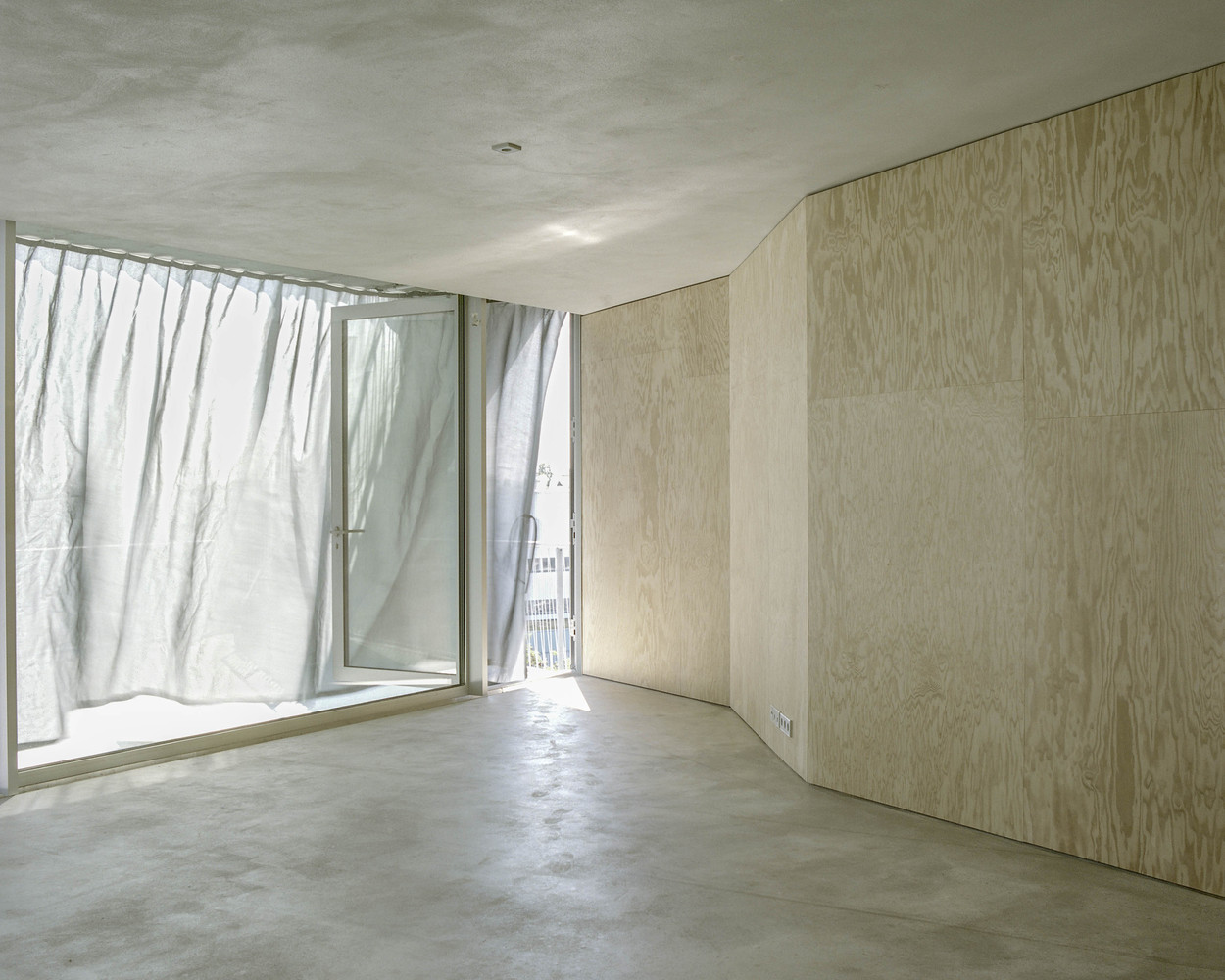 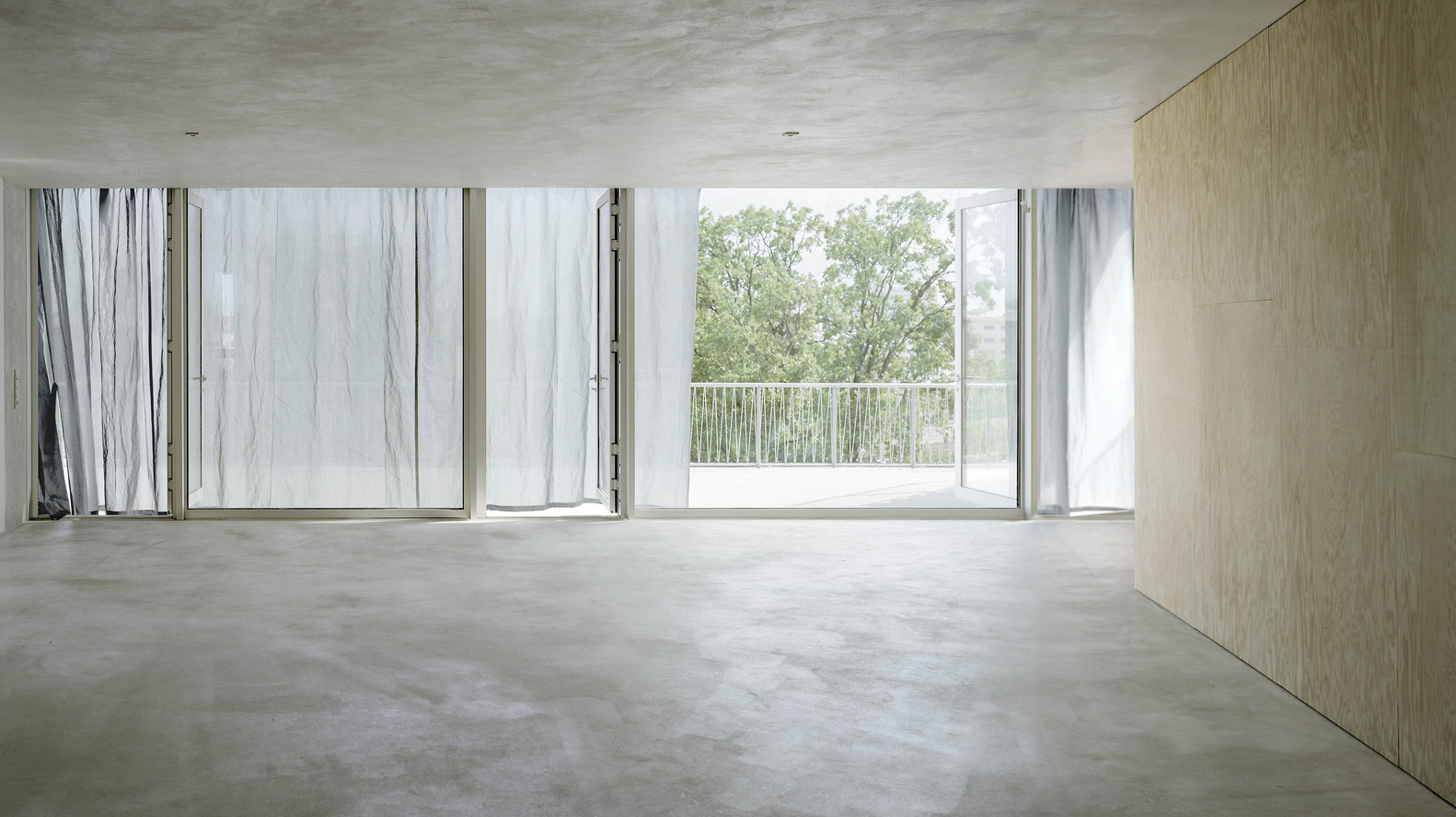 “Social norms in architecture structure our expectations of living together and often reduce the complexity of social interaction,” they explain. “At the same time, they form a framework in which the users can behave safely and freely.” 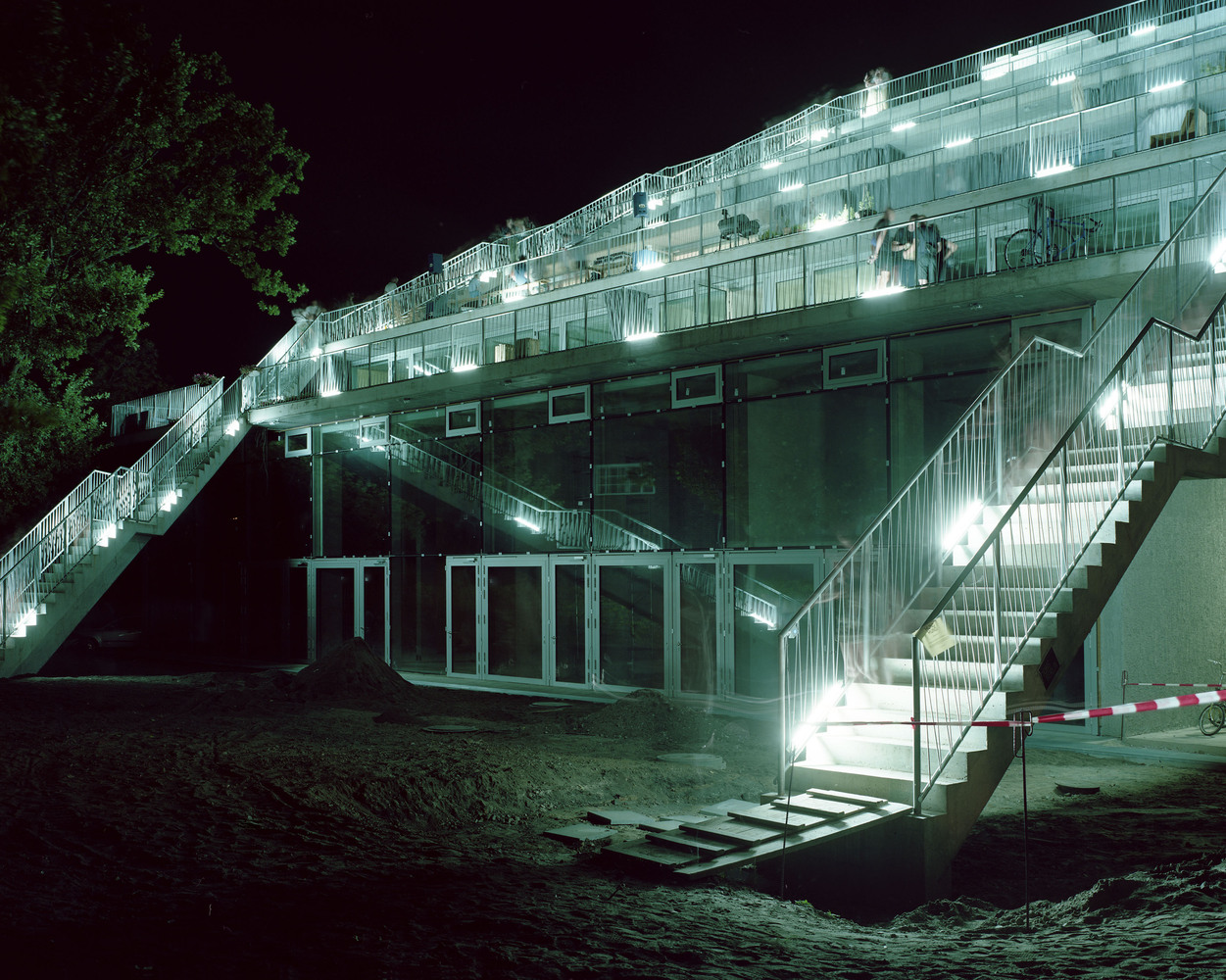 “The Terrassenhaus Berlin manages to raise the questions of private and public by introducing a building model for the urban context. With their abnormal depth, the terraces create a degree of distance and privacy, while at the same time, the external staircases — connecting the communal garden with the public roof — produce encounters of every kind, wanted and unwanted.” 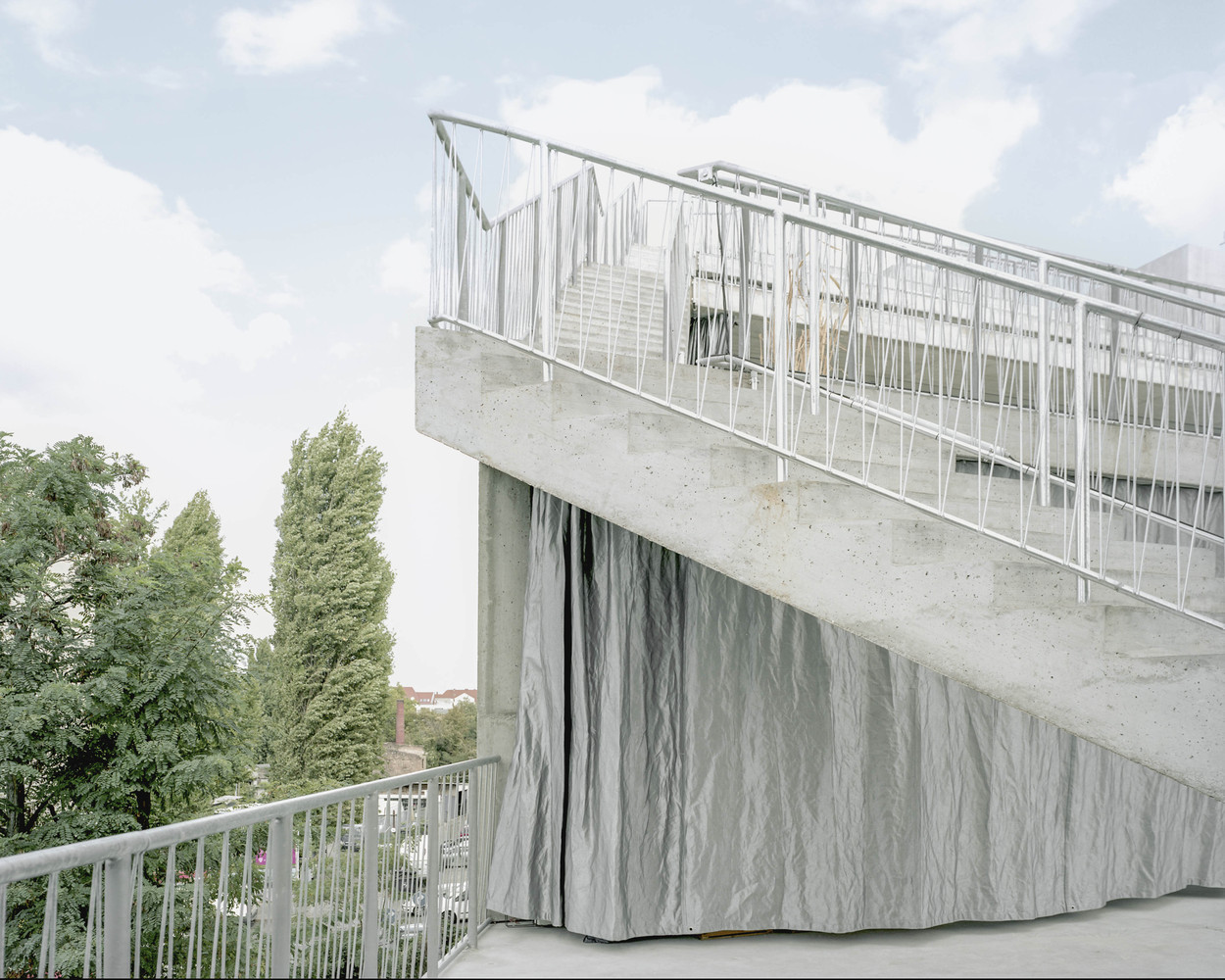 The innovative Terrassenhaus Berlin is certainly one of a kind, and it’s among 40 projects chosen for the coveted Mies Award 2019.