If you were around in the 1970s, you probably remember Pong: the preposterously simple tennis game that mesmerized millions upon its release. Though it’s technically considered the world’s first video game, it’s actually based on a prototype created in 1958. Today’s video games feature once unimaginable elements, but in all the time between now and then, the ultra-important impact of the LGBTQ community on the gaming world has been swept under the rug — but not anymore. Welcome to the Schwules Museum Berlin’s brand new Rainbow Arcade. 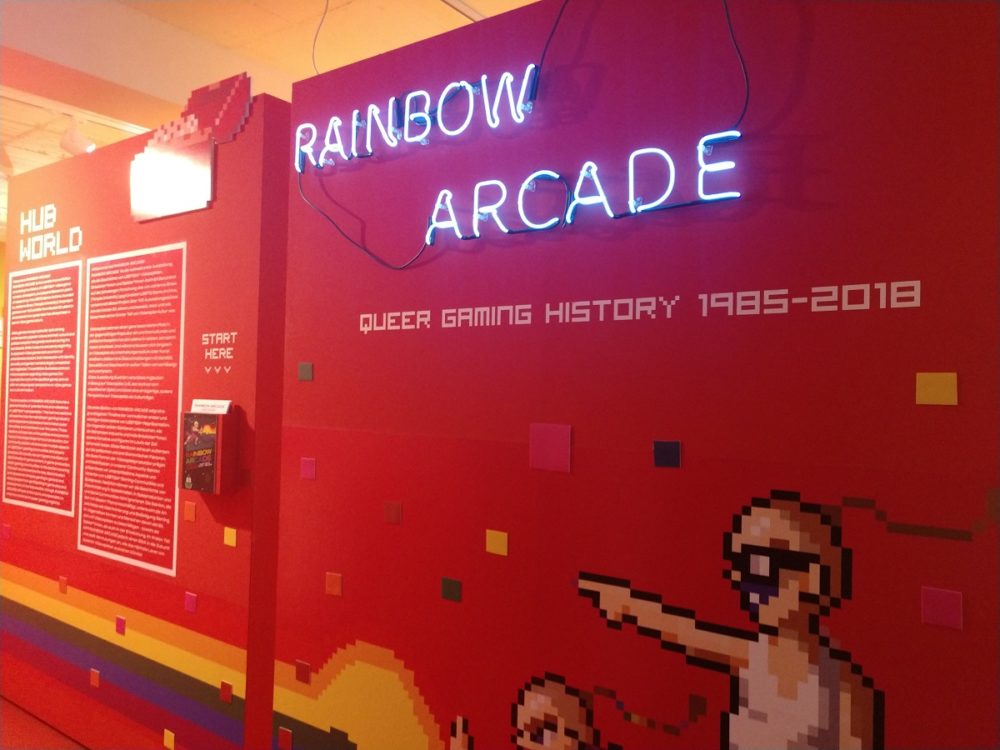 This vibrant exhibit guides visitors through all the colors of the rainbow, each one of which is focused on a different part of LGBTQ gaming’s 33-year journey. Explore iconic memorabilia through the years, watch video interviews with pioneering designers, marvel at a treasure trove of fan art, and learn more about the historical titles and characters that helped lead the genre to cultural prominence.

The Stars of the Exhibit 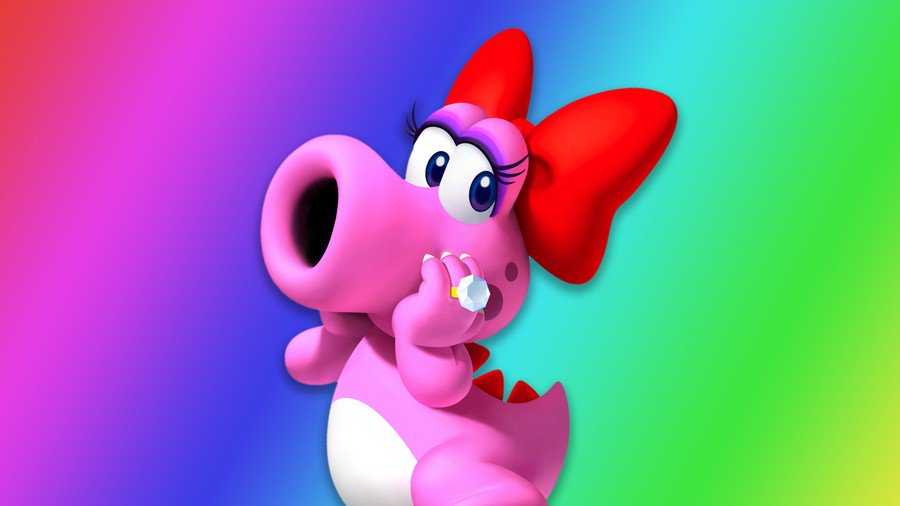 Birdo was first introduced to the world by Nintendo in their 1988 release Super Mario Bros. 2. The game’s original manual claimed that Birdo was a boy who “thinks he is a girl,” and that he would prefer to be called “Birdetta.” However, subsequent releases of Super Mario Bros. 2 never referred to the character’s preferred name. More perplexing was that in the newer Mario Tennis series, Nintendo not only ignored the gender identity question entirely, but they also decided to make Birdo the girlfriend of Yoshi. Yet in numerous future games like Super Smash Bros. Brawl, Birdo’s male body is still alluded to.

In 1989, CM Ralph released Caper in the Castro, one of the first overtly queer video games to go public. In the game, you play as detective Tracker McDyke, sleuthing through the streets of San Francisco to find her missing buddy and drag queen Tessy LaFemme. 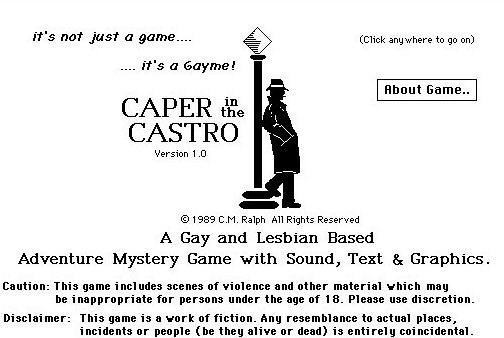 Other must-sees at the Rainbow Arcade include the indie games section’s Queers in Love at the End of the World, a 10-second text-based game by Anna Anthropy that addresses intimacy and the apocalypse, and Dietrich Squinkifer’s 2013 Dominique Pamplemousse, an engrossing detective musical centering on gender and the economy in a stop-motion format. 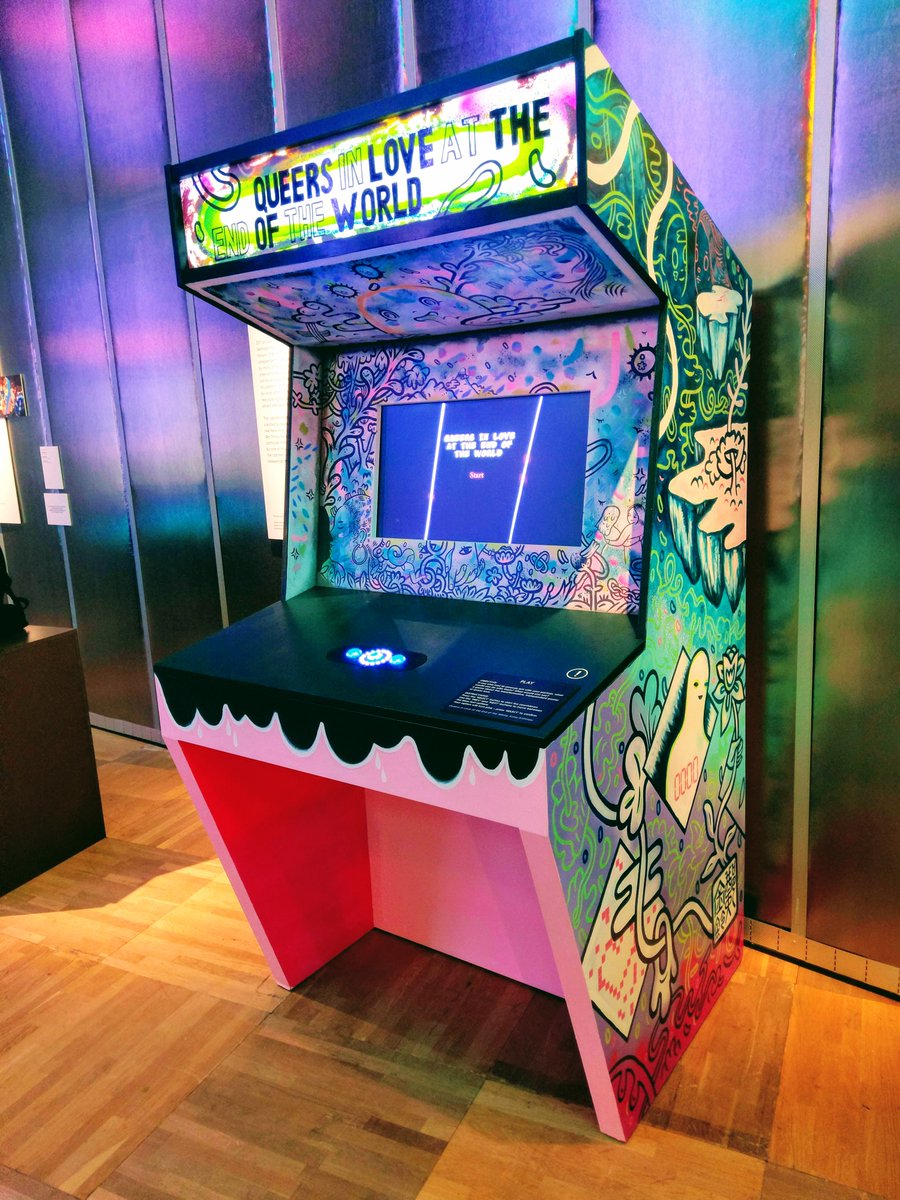 Back in 2016, Dr. Adrienne Shaw created an online LGTBQ video game archive — the first effort of its kind anywhere in the world. Shaw says of the project: “Until the archive, there just wasn’t a historical understanding of LGBTQ content in this medium. This often means that new games with queer content are perceived as a radical break from the norm, rather than additions to an existent cultural history. It makes it really easy to forget that this kind of content has always been in games.”

More recently, Shaw teamed up with Jan Schnorrenberg from the Schwules Museum and German gaming journalist Sarah Rudolph to curate the Rainbow Arcade. 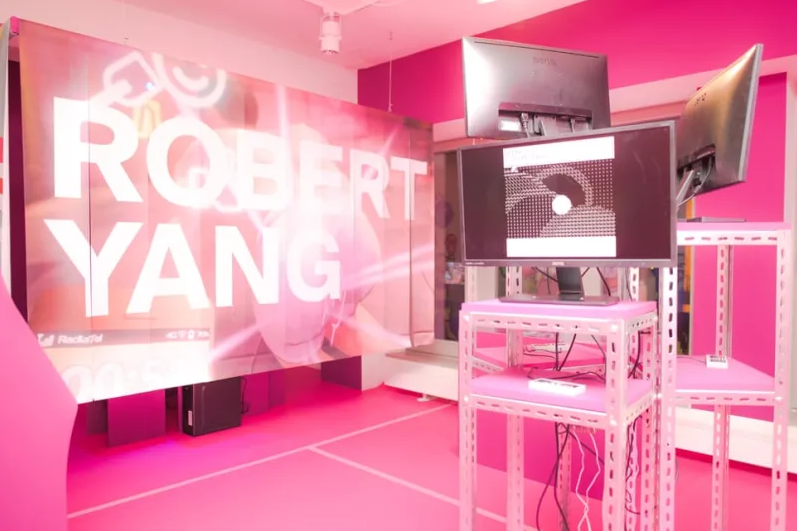 Opposition to diversifying the “conventional” gaming tradition of mainly serving the straight male audience has been around for decades. In 2006, the MMORPG (Massive Multiplayer Online Role Playing Gaming) World of Warcraft rejected a player’s request to establish the first LGBT guild, citing worries about persecution from other members. Luckily enough, the developers ultimately conceded, and now today the game hosts a yearly pride parade.

Maybe there really is a pot of gold at the end of the rainbow.